NYCC 2017: Highlights from the From a Certain Point of View Author Panel

Nineteen of the anthology's all-stars gathered for a special discussion moderated by Lucasfilm's Pablo Hidalgo.

In the 40 years since Star Wars debuted, the galaxy has captured countless imaginations, inspired fans and spawned sequels, prequels, and piles of books.

But there are still plenty of characters waiting to lend their unique voices to the annals of galactic history.

With the release of From a Certain Point of View last week, we get to experience Star Wars in a whole new way with 40 short stories penned by 43 different authors and told from 40 very unique perspectives.

On Saturday, 19 of those wordherders gathered for a special edition, sold-out panel during New York Comic Con moderated by the Lucasfilm Story Group 's own Pablo Hidalgo, who also contributed to the tome. (Marc Thompson, longtime Star Wars audiobook reader, also delivered a killer reading of Gary D. Schmidt's "There is Another," nailing the voices of Yoda and Ben Kenobi.)

StarWars.com gathered some of the highlights and insights about shining a spotlight on Force ghosts, cantina creatures, and other mysterious galactic citizens for the special anthology celebrating the many characters that made Star Wars a classic.

Ben Acker on working TD-110 (the "Move along" stormtrooper who hits his head on a door in A New Hope) into his Join the Resistance stories: “This dummy of the Empire, 30 years later, is going to be the nemesis of some kids in Force Awakens times.”

Daniel M. Lavery on choosing Admiral Motti for his From a Certain Point of View story: “I just loved the idea of, you know, somebody who is evil and banal and who is miffed but does not want to seem miffed....And he's just such a dirt bag and I love him and I'm sad that he's dead.” 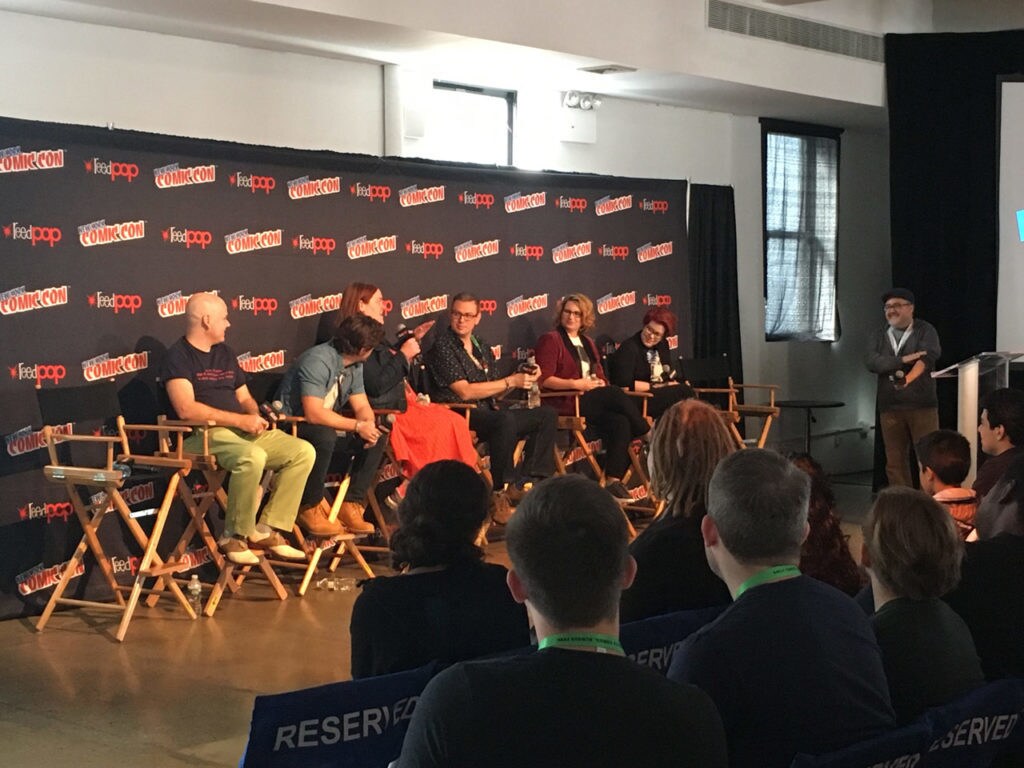 Adam Christopher on imagining the officer on the other end of Han Solo's boring conversation: “In an organization of that size, people don't have any idea what's going on....And then they get this weird call.”

Elizabeth Wein, who wrote about Darth Vader's guards, on which light side character she would love to write about: “R2-D2 -- I would get my son to translate it into binary....His personality is this lovely lovely combination of very self-important but very sweet.”

Meg Cabot on the importance of Aunt Beru: “The people who do the dishes and wash our leggings are the people we don't think about, who a lot of times get forgotten...Aunt Beru is there for him until she's not. And the fact that she's not there anymore is what compels him to go with Ben Kenobi and, of course, save the princess and with her destroy the Death Star. She is the most important character.”

Cavan Scott on being inspired by Star Wars Rebels to examine Ben Kenobi as he is being struck down: “I had just seen the episode of Rebels when, spoilers, Ben's in it and he sees Luke run across. And so from that moment I wanted to write a Ben story...They say your life flashes in front of your eyes when you die, but what's that like when you're a Jedi and you're going to go somewhere else?”

E.K. Johnston on reading her story for the first time with a live audience: “When I looked up everyone in the room was crying...It was the first thing I wrote after Carrie Fisher died.”

Claudia Gray on who's responsible for Anakin's fall: “Obviously something really goes wrong...I wanted them to admit that mistakes were made because they were, but at the same time, Anakin's fall has to be Anakin's choice, because if it's not, that undercuts everything. So I wanted to make it clear that, yes, we see all these errors but we understand that Anakin's becoming Vader is purely his decision and choice.” 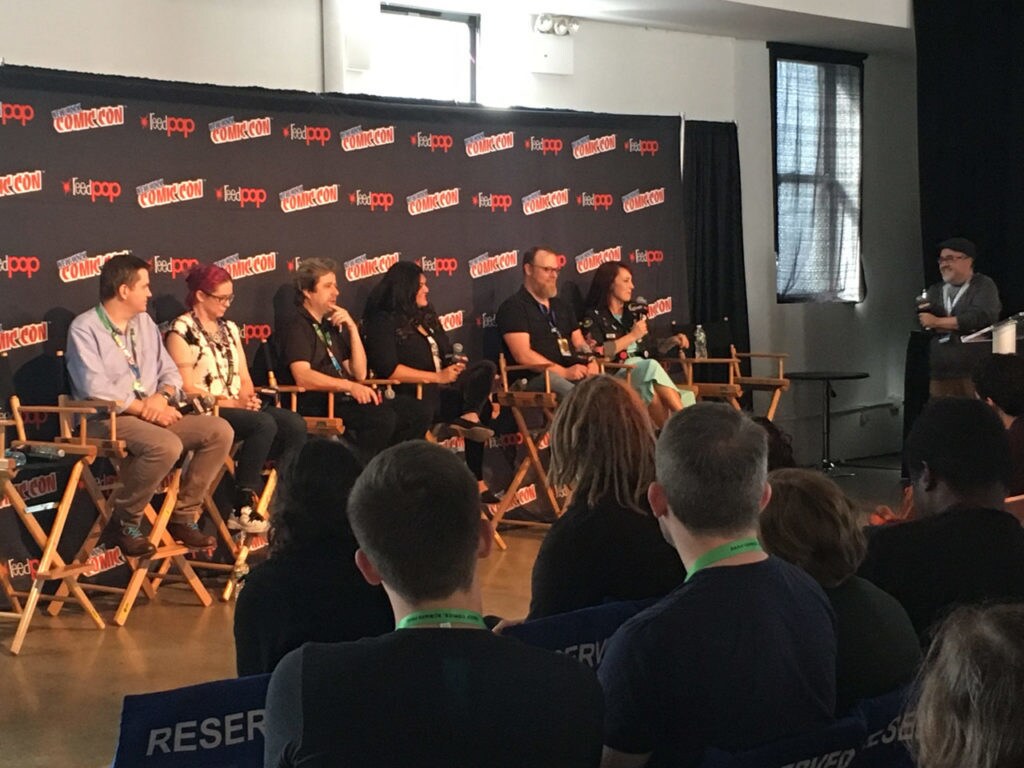 Cavan Scott still wonders how Obi-Wan relates to his former apprentice when they meet again: “Who is Obi-Wan imagining underneath the mask? Which Anakin is he seeing?”

Pierce Brown's musings on certain sandtroopers based on Tatooine: “There are scout troopers with speeder bikes!...And I'm on a lizard! And I want to know, does he have to muck out the lizard stall? Does it chafe?”

Delilah S. Dawson, author of Phasma, on choosing Garindan: “Morally ambiguous characters is kind of my jam as a writer.”

Chuck Wendig on his kindred spirit, the cantina bartender: “He's my patron saint in this world...I need to know why he doesn't like droids, like their kind. They're not going to drink and drive!”

Charles Soule on that old smoothie: “My sense of Lando Calrissian is he's this guy who takes this very interesting journey...He doesn't really care about this stupid galactic rebellion, his life is not going to change too much whether the Empire falls or rises as long as he can find a card game.”

Pablo Hidalgo on his story "Verge of Greatness" and exploring what would nag at Tarkin: "It's about Tarkin not being able to enjoy what should be his triumph of having a powerful and active Death Star because he keeps thinking of Krennic. He can't get Krennic out of his head because he never realized how much that guy just bugged him. And it started from me asking the question, what would have happened if Krennic was in charge of the Death Star in A New Hope and how would things have been different?"

And Jason Fry on reading the anthology for the first time: “As an author, I was like insanely jealous, because I was like, 'Oh my god, that one's so good. That one's so good! That one might be better than mine.'...But as a reader, as a fan, I was just blown away, I was so excited and so happy because everything was from this perspective I'd never imagined.”

Star Wars: From a Certain Point of View NYCC 2017