"The possibilities are seemingly endless."

Many Star Wars fans collect toys, taking every caution and care to place them just so on shelves. Maybe we put them in glass display cases to keep them from acquiring dust. Perhaps we leave them in packaging so the plastic memories encased within stay pristine and retain value. And some of us go hands on with our collectibles, placing them in the dirt to create new Star Wars stories. Richee, a.k.a. Noserain, puts his action figures in front of his camera to make moody, striking vignettes. 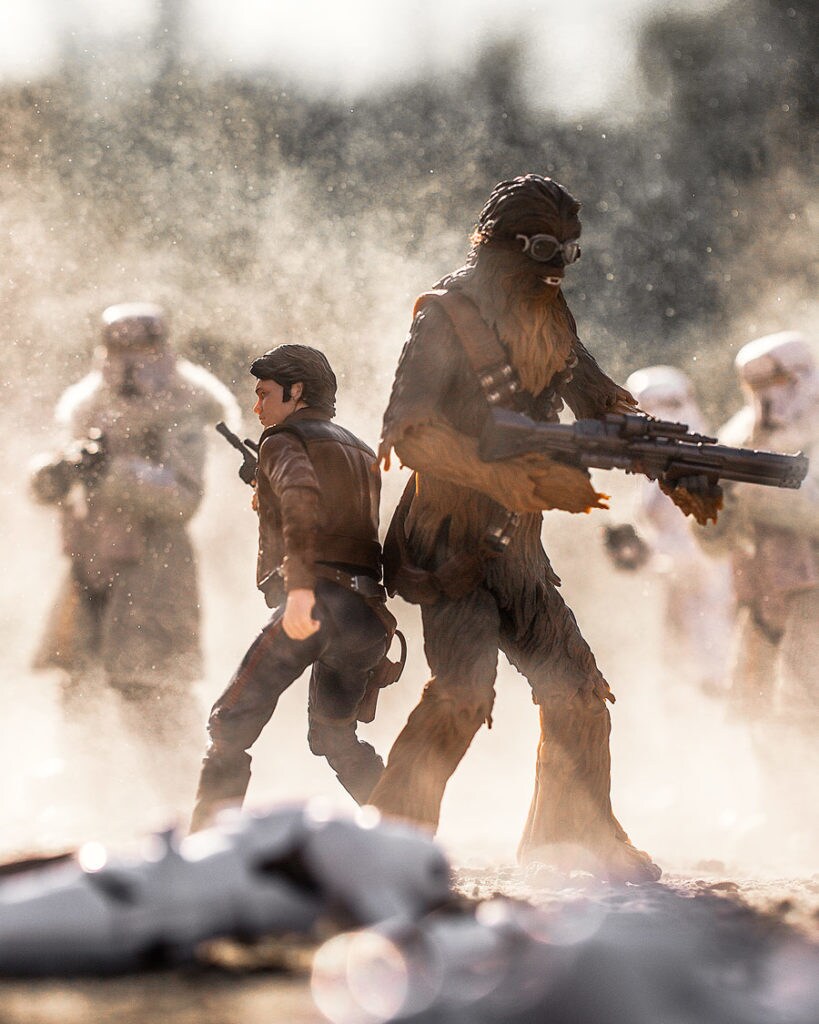 Richee tells StarWars.com The Empire Strikes Back pulled him into the saga when he was a kid, but it's the next film that's his favorite. "Growing up, my favorite of the original trilogy was Return of the Jedi solely because of Luke’s Jedi Knight appearance and green lightsaber. He looked so cool! But really, all the characters looked cool and unique. I think that was a big factor in why I enjoyed Star Wars so much, especially how the characters translated so well into toys. I wanted all of them so I could create adventures and stories of my own. I feel like that’s what sticks with me even today. The character and vehicle designs are timeless." 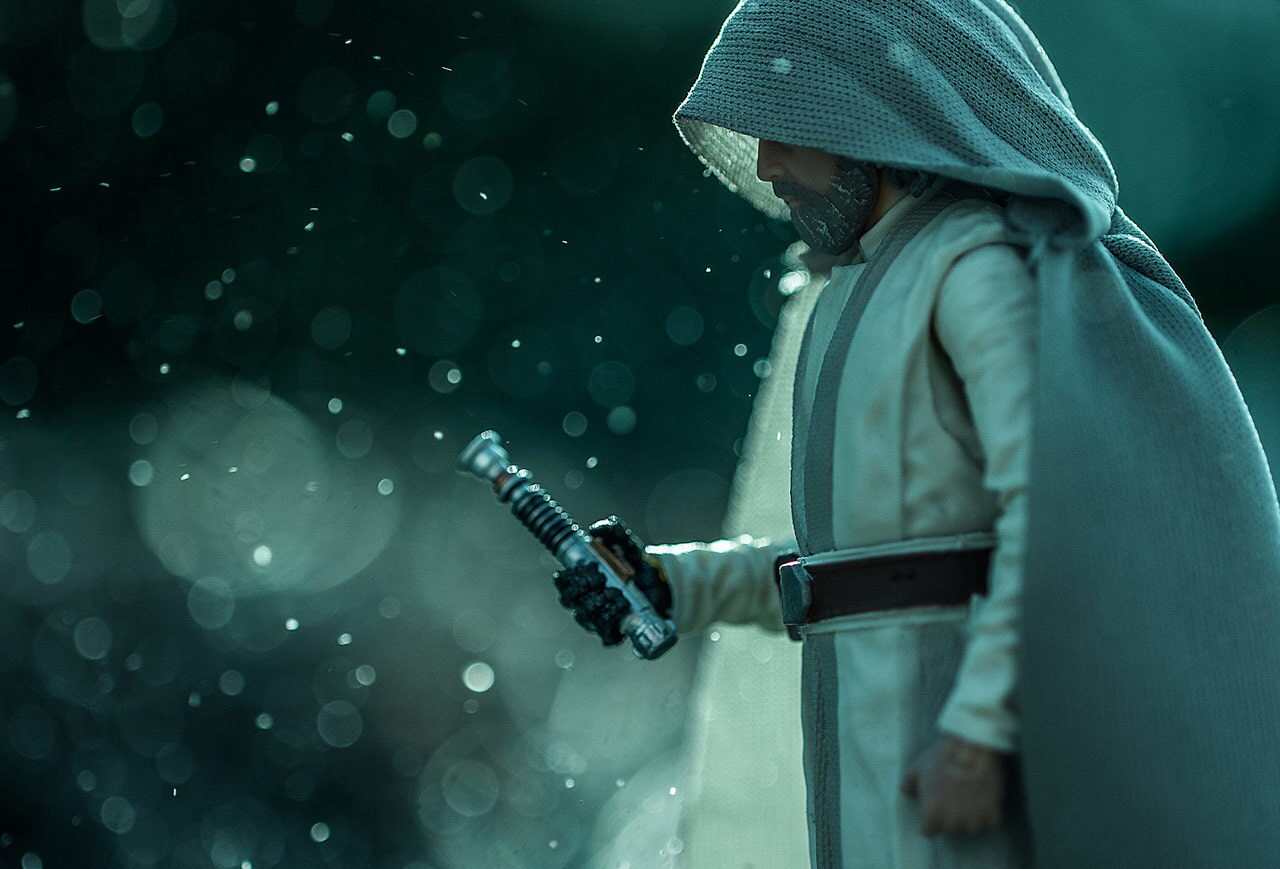 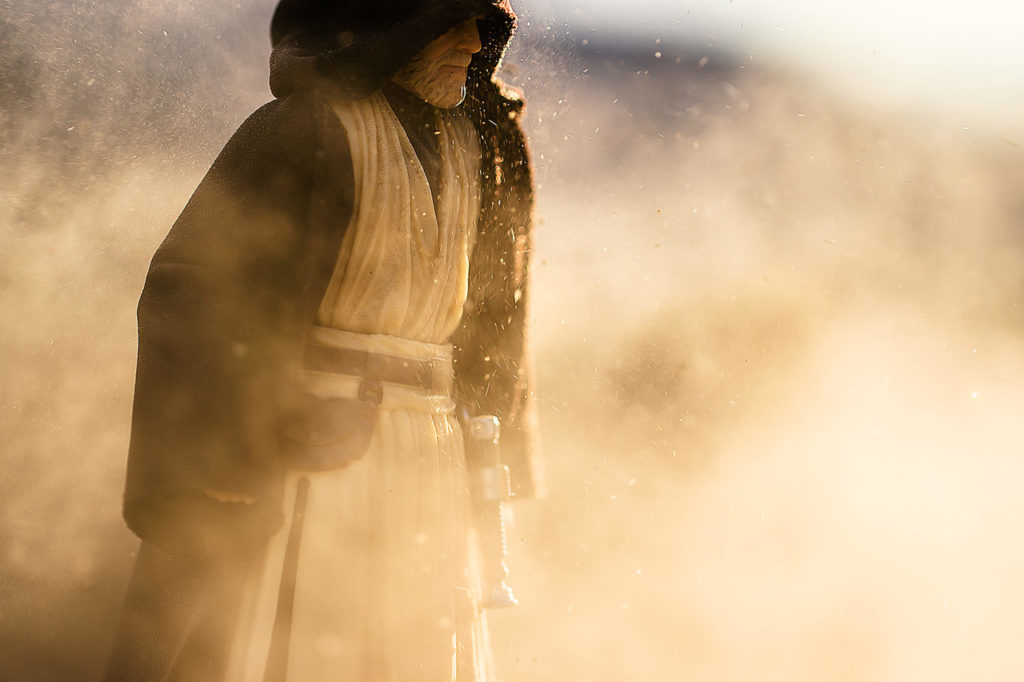 Using toys as a creative playground is a familiar story to fans. Richee crossed paths with photography through his graphic design career and started toting a camera as a hobby. He's always collected toys and when he stumbled upon a photo of a toy by Ky, a.k.a. Captain Dangerous, he was inspired to try it for himself. And now, it's influenced the way he purchases figures. "As a casual collector, I used to buy toys of characters I liked. Articulation wasn’t a key selling point for me before, but likeness was always very important and still is for the most part," he shares. "Now when I look at a toy, I imagine how I would shoot it, even if it’s a character I’m not particularly attached to. I’ve realized that way of thinking can become tiresome to keep up with, so I’ve been trying to stick to what I like these days. To me, likeness, sculpts, and paint apps definitely help sell the picture better and it’s something I look at first, but there are certain things you can get away with if you have the right lighting." 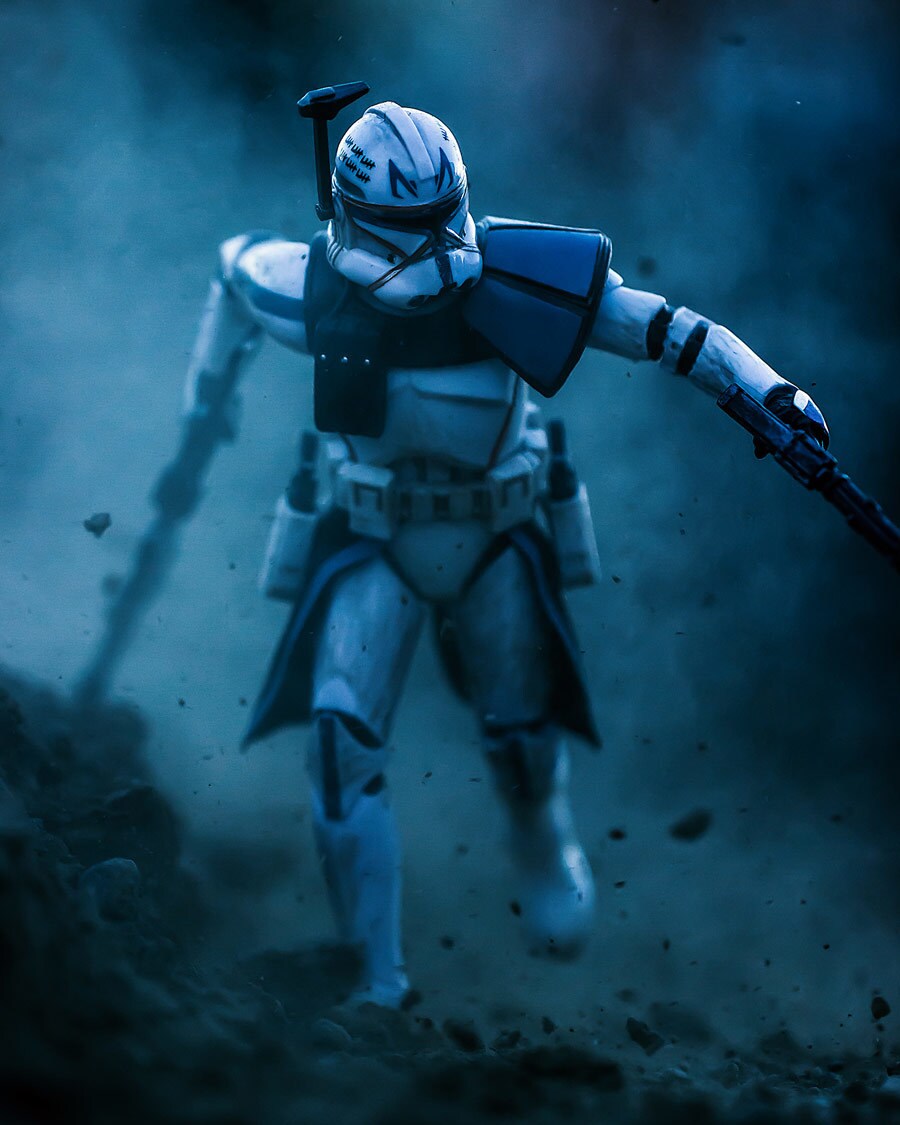 The lighting can dictate the photo for Richee. He takes a more casual approach when he shoots, carrying around five to six figures in a medium-sized camera bag and experimenting. "I don’t typically plan out my shots, especially if I am outdoors. It’s fun to see where I’ll go, what I’ll find to make a scene, and what I’ll get from it in the camera. My indoor shots usually have a concept behind them, but usually I just think of things on the fly based on poses or lighting, and try to visually align it with what I have in my head, hoping that the end result looks remotely close to what I pictured or even better." 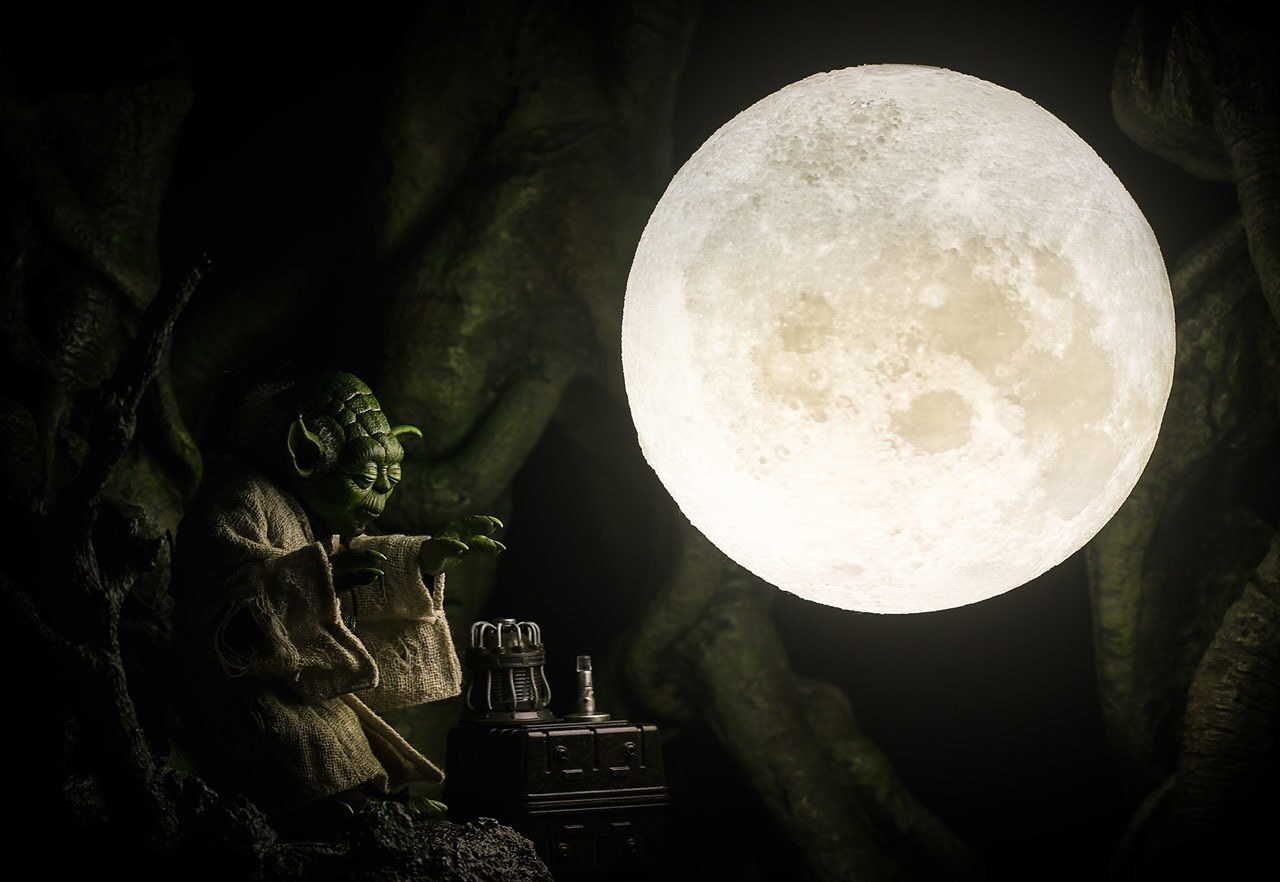 "I approach my photo session by first treating my figures as if I am taking photos of little people. As strange as that might sound, it helps give me a sense of what looks off and what looks believable in the composition. I usually bring the camera down low enough so that the toys feel human in scale and give the illusion that they have life to them. I try my best to pose my figures in a way that conveys certain emotions and moods. Even the tilting the head slightly speaks to various feelings we are all familiar with. I find that posing is something that can make or break the story if done poorly. It’s definitely something I am still trying to master," he explains. 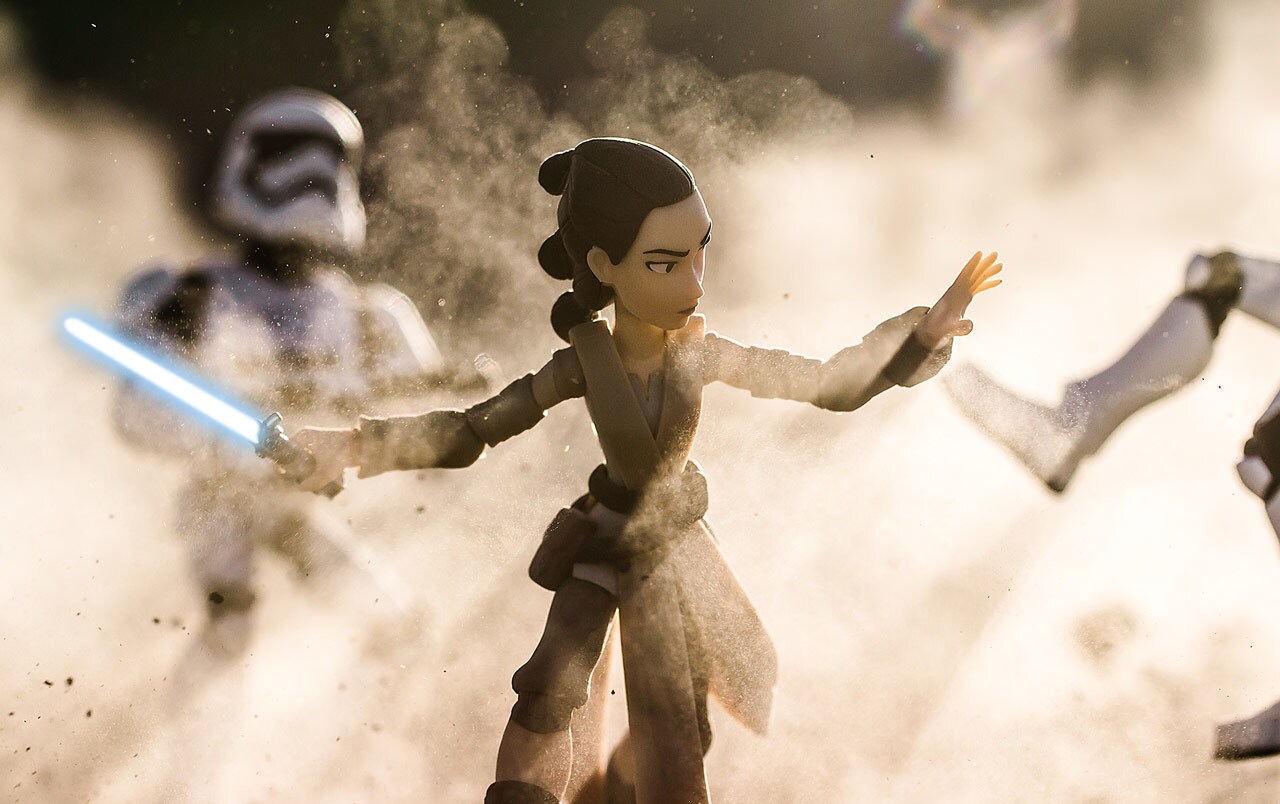 One aspect of his photos that jumps out immediately is the emphasis on atmosphere. The way the figures are lit through dust carries weight and adds to the emotion and mood Richee mentions. Appropriate for Star Wars, he uses both practical and digital techniques to achieve the desired effect. "The dust in my shots are all practical and are done outdoors from loose dirt that I blow up using compressed air. That would get real messy if I tried that indoors," he notes. "When I shoot indoors, sometimes I use a product called Atmosphere Aerosol. It’s essentially fog in a can and it helps fill out the shot as the light passes through it. I don’t have any fancy studio lights or anything, so most of the items I use to create my shots are laying around such as a desktop LED lamp, cardboard boxes and books to prop things up onto. For digital effects and editing, I use Adobe Photoshop and Lightroom." 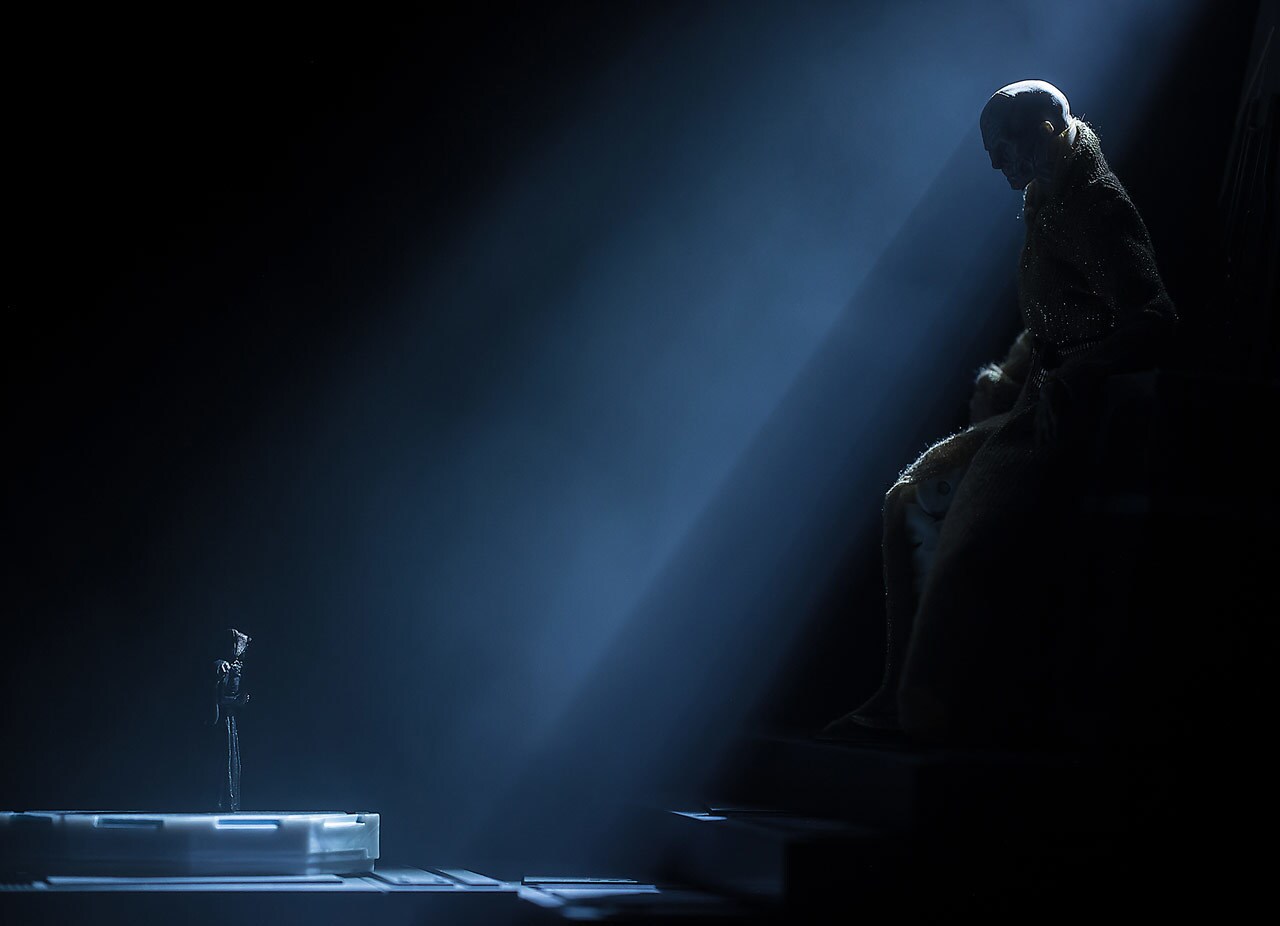 Inserting toys into photography adventures can allow you to connect with them, and by extension your fandom, in new ways. For Richee, it's about figuratively turning back the clock: "I love the scale of toys. Because toys are typically small, a backyard can feel like a jungle. A sink can become a pool. The world suddenly feels that much bigger. The possibilities are seemingly endless. It’s really fun to think about. I’m glad I started taking photos of my toys because toys have always been important to me. They remind me of being a kid again, full of curiosity, joy and imagination. Only the play is a bit different."

Amy Ratcliffe is a writer obsessed with Star Wars, Disney, and coffee. She co-hosts the podcast Lattes with Leia. Follow her on Twitter at @amy_geek.