Learn about an innovative, growing program that promotes teaching through the stories of Star Wars.

The Star Wars saga has it all. Action, space battles, lightsabers, interesting characters. Everything. Fans discuss every aspect of the saga and channel their enthusiasm into blogs, fan films, podcasts, and crafts. I'm constantly surprised by what they do. I know, it's a phrase I repeat again and again, but hey, that's why this column exists.

I stumble across a lot of fan-fueled projects on social media, and I recently noticed photos popping up in my feeds from Star Wars in the Classroom. The images featured moments from the films, Star Wars: The Clone Wars, and Star Wars Rebels and shared a lesson or quote that connected to the scene. They weave Star Wars into education, and it extends beyond bite-sized lessons on social media. Wes Dodgens and Thomas Riddle run an entire website devoted to helping educators and fans teach and learn with Star Wars. I talked with Dodgens and Riddle about their project, examples of real world application, and the themes in Star Wars they find themselves continually referencing. 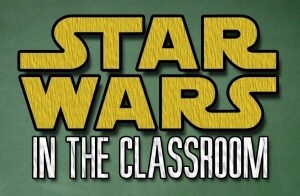 StarWars.com: Tell me a little about the history of Star Wars in the Classroom and your mission.

Wes Dodgens: Growing up a huge fan of the original trilogy, Star Wars was always a major part of my life. As I grew older and decided to pursue a degree in social studies education, I began to notice the many connections of our world to that of the Star Wars universe. During my first few years as a high school teacher, I would throw in Star Wars references here and there, but I stopped short of showing clips or the films themselves. My co-worker and future collaborator, Thomas Riddle, was the first to help me realize the potential of actually using Star Wars in the classroom.

On a fateful road trip to a professional development conference back in 2007, Thomas told me about a unit he had developed on teaching mythology through Star Wars. I was captivated and began looking for more ways to integrate Star Wars into my own curriculum. Since that time, I have used Star Wars wherever I can fit it into my content.

Thomas Riddle: While I continued to teach with Indiana Jones, it was around 1995 that I began actively teaching with Star Wars as part of my World History classes. I found myself frequently making comparisons between the stories of the original trilogy and the history that I was teaching. Eventually, I formalized my loose references into a coherent curriculum called, Star Wars and the Hero’s Journey that involved teaching the entire original trilogy as part of a study of ancient world history. The students really enjoyed learning in this manner.

By 2012, Wes and I decided it was time to launch a Star Wars education initiative similar to our Indy one and that became Star Wars in the Classroom. The mission: to inspire transdisciplinary teaching and learning with the Star Wars saga. 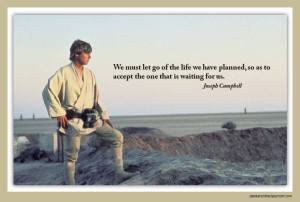 StarWars.com: Can you give me an example of a time where you incorporated Star Wars in a lesson and a student gave you feedback about how it resonated with him or her?

Wes Dodgens: The most extensive way I use Star Wars in the classroom is in my World Wars elective course. Each year I show the prequel trilogy and have my students note and discuss the similarities between the rise of Palpatine to that of Adolf Hitler. Students also compare the Jedi purge to Hitler’s execution of SA leaders in the Night of the Long Knives.

Thomas Riddle: Perhaps the most impactful assignment that I gave to students required them to apply each stage of the Hero’s Journey to their own lives having analyzed all three films and comparing them to the mythologies of all the ancient civilizations that we studied. Who are your hero partners? Who is your wise and helpful guide? What is your magic talisman? What masks do you wear and why? What monster(s) do you combat? While answering these and other questions, my students would really bare their souls. For some, it would often seem cathartic. The writing that they did for this assignment was always the best of the year.

Two years ago, one of my former students, Richard, contacted me to wish me luck before I was to give a TEDx talk on “Imagineering Education.” He wanted to let me know how much he enjoyed my class and that he still tells his friends about learning mythology with Star Wars and having to apply that knowledge to his own life. I taught Richard in 1999 and he still remembers what he learned. Whenever I run into former students or hear from them on Facebook, they typically talk about all that they learned with Star Wars. 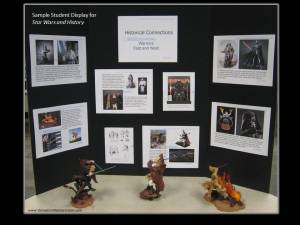 StarWars.com: How do you communicate lesson material to other educators? Do you have any idea how many teachers use or reference your work?

Wes Dodgens: Currently, our content is presented via our website, but we also utilize social media to promote educational uses of Star Wars. In the coming weeks we will be launching an online forum, The Rogues Ready Room, for educators wanting to learn more or share how they teach with Star Wars. We hope this forum will foster discussion and collaboration amongst teachers who wish to use or already use Star Wars in the classroom.

We are also excited to announce that we will be monthly guests on Coffee with Kenobi, an outstanding podcast co-hosted by fellow Rogue Dan Zehr. During our segment we'll be discussing a wide range of topics related to Star Wars and education.

Thomas Riddle: As for the number of teachers who are using our work, well, we currently have 130 registered Rogues, from multiple countries. There are many more who we hear from that are taking our work and adapting it to their own classrooms. It’s really hard to determine the reach but we know that it appears to be growing rapidly.

StarWars.com: What are some themes in Star Wars you find yourselves continually referencing when you develop lessons?

Wes Dodgens: Although Star Wars lends itself to so many curriculums, I am most interested in how Star Wars was influenced by the World Wars. Of course, both World Wars are my favorite historical eras to teach, so it is only fitting that I place my focus there. During World War II the development of new military weapons and tactics, the failure of democracy and the threat of dictatorship, the dangers of appeasement, and the battle of good versus evil consumed the planet. We see these same themes mirrored throughout history and these concepts make numerous connections to Star Wars.

Thomas Riddle: We touch upon many themes, especially those around the mythology of the saga: love, friendship, redemption, heroism, selfless service, etc. We also try to promote the development of the creative capacity of students and help them discover their innate abilities and interests and use them for the benefit of themselves and others. StarWars.com: What new opportunities for education have you developed based on Star Wars Rebels? Do you find it's more relatable since it features young teenagers as part of the central cast?

Wes Dodgens: Star Wars Rebels has been fantastic and we recently launched our educational companion area Rebels: Connections. Each episode seems to lend itself to educational discussion and it's wonderful having new, relevant content to take inspiration from. Some of the recent additions include comparisons between Tarkintown to the Hoovervilles of the United States’ Great Depression, whistleblowers like W. Mark Felt (a.k.a. Deep Throat) to Gall Trayvis who openly challenges Imperial tyranny, and the role nationalism plays in forging empires and unifying countries behind a common purpose.

Thomas Riddle: As for the series being more relatable, I think that, so far, it is providing fertile ground to explore issues that adolescents often face, such as trying to determine who they are as an individual and how they fit in with a larger group that may not necessarily be like themselves. They are also developing a sense of their responsibility in taking a stand for what they believe to be true and right. Stories such as the ones that we’re seeing in Rebels are a great way to introduce complex ideas to students and have them develop their thoughts around them.

Learn more about Star Wars in the Classroom at their website and keep up with bite-sized lessons at Twitter.