Much to Learn You Still Have: 7 Things You Might Not Know About Twi’leks

Kicking off a new series on StarWars.com, get to know the galaxy's lekku-sporting aliens from Ryloth!

We've seen them dance in Jabba's palace, fly the first B-wing fighter, and even ignite lightsabers as Jedi. Twi'leks are a species you can easily pick out of a crowd, but how much do you really know about the natives of Ryloth?

If you’re unfamiliar with Twi’lek anatomy, the long, tentacle-like tendrils growing out of their skulls are called lekku. Lekku are hyper-sensitive, and some Twi’leks can use them for grabbing and holding things. Though a damaged lek (singular for lekku) can mean big trouble and cause a serious strain to the humanoid’s health. Typically the Ryloth natives have two of them -- that is unless they’re the portly, blue-hued Senator Orn Free Taa who has four lekku. Taa is also one of the only famous Twi’leks with a rotund figure as the species are typically of a tall and thin build. Fun fact: Hera Syndulla was originally described as a "short, motherly woman" in early Rebels concepts until it was later settled that she'd stand at a height of 5'9".

2. Their language combines words and signs.

Speaking of lekku, if being able to grab stuff with your head-tails wasn’t cool enough, Twi’leks have a language that combines the spoken word and lekku gestures. If you ever happen to run into a Twi'lek with lekku pointed toward their back, you may want to head the other way. The language is aptly named "Twileki," and you've heard it spoken before if you remember Obi-Wan's adorable interaction with little Numa in The Clone Wars, and her sprightly declarations of "nerra" or "brother" to her clone rescuers. When outside Ryloth, most Twi'leks speak Basic, but when they can't shed their accent as well as Hera Syndulla, they sound similar to what we interpret as a French accent. Though, if most Twi'leks are anything like Hera, slipping back into their native accent is common, as Vanessa Marshall explains here. According to The Clone Wars executive producer Dave Filoni, the French-inspired accent was specifically requested by George Lucas when a voice was given to Twi'lek Jedi Aayla Secura. 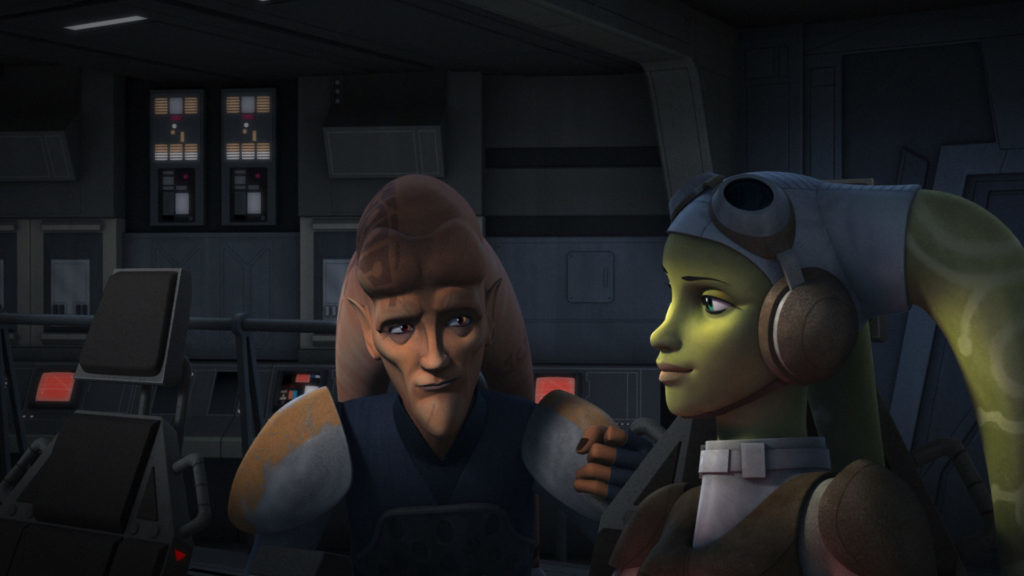 Ever wonder what Hera Syndulla’s got going on under those flight goggles? Well, I can assure you that as a Twi’lek female she doesn’t have ears. Not ears as we know them, anyway. Women have cone-shaped hearing organs that they often choose to cover with some sort of head wrap. Twi’leks in the films like Aayla Secura and Oola had cones made from foam rubber so they were malleable not unlike real ear lobes. The male Twi’leks have slightly elfin ears but are mostly just like you and I…assuming you’re human. 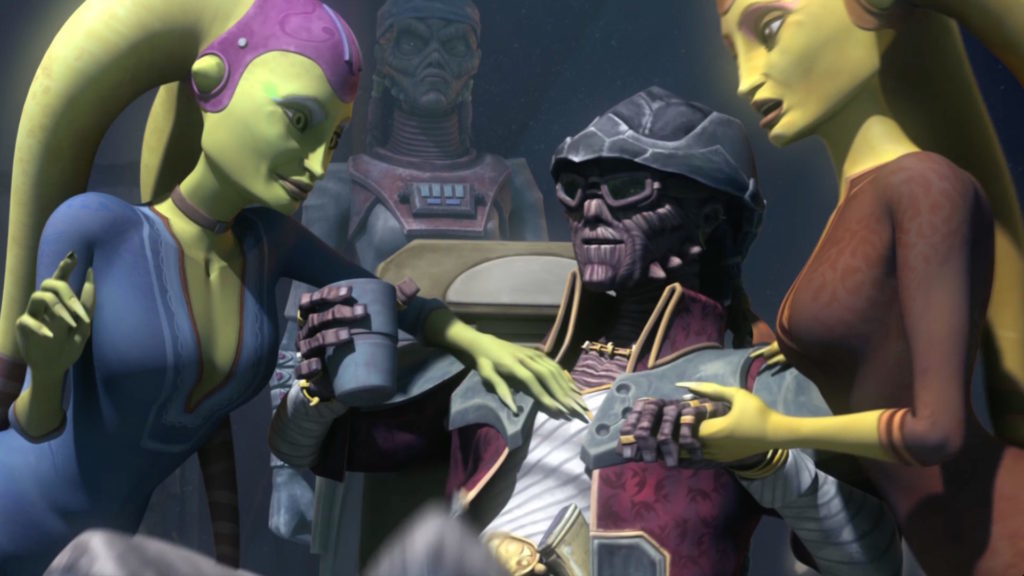 4. Their beauty is their downfall.

Twi’lek females are known throughout the galaxy for being very attractive, and not just to Hutts. This has put them at risk for being captured and forced into slavery by sleazy crime bosses. The species' homeworld of Ryloth, located in the Outer Rim, is a territory with dangerous predators and questionable terrain, often causing Twi'leks to live underground to escape potential harm. These conditions paired with the Separatist occupation during the Clone Wars may not have seemed much more promising than acting as arm candy for shady characters across the galaxy.

In the Han Solo adventure novel Smuggler's Run, Commander Alecia Beck uses her cybernetic left eye to thermally read a suspicious Twi'lek. It is then revealed that the species runs an internal temperature much higher than other humanoid species. Twi'leks also tend to show even higher body temperatures when they're particularly in fear. It makes me wonder just how overheated poor Oola got in that rancor pit. Sigh. 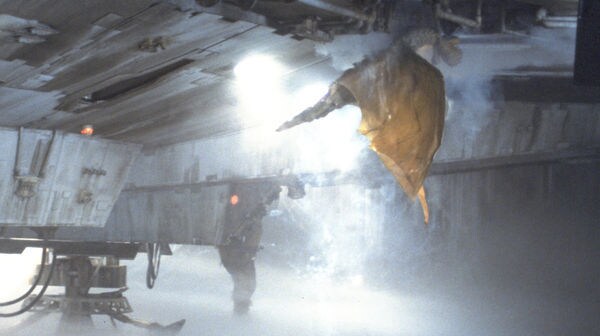 When clone troopers Waxer and Boil discovered little Numa in The Clone Wars episode “Innocents of Ryloth,” she seemed to be quite happy with the stick-shaped food ration they passed along to her. (Am I the only one dying to know what those taste like?) Though most Twi’leks would enjoy a different delicacy -- mynocks! Yep, those bat-like creatures sucking back Falcon fuel in the space slug. If you happen to wander into a restaurant on Ryloth, order either a Mynock Cloud City or Mynock Coronet City. Both dishes are a spicy number with properly-seasoned portions of the screeching parasite. Though I can’t guarantee you’ll enjoy it, mynocks are supposedly strong and bitter to humans.

Bib Fortuna has always been one of the creepiest characters to me, and this creepiness didn't come easy. Jabba’s majordomo and the first Twi’lek to make an appearance in a Star Wars film, was portrayed by actor Michael Carter. The process to turn Carter into the slimy, worm-like henchman was initially excruciating. The character’s complexity warranted eight hours in the makeup chair on the first shoot, though by the end was cut down to only about 58 minutes. The most intricate of the effects were Bib’s “air bladders,” or bubbles, made of foam and latex that were fitted into the actor’s brows and temples and inflated through off-stage-operated hoses, making them appear to pulsate. Dayglow orange contacts and claw-like finger extensions added to the creep factor.

Have any other cool Twi'lek tidbits to share? Let me know what I forgot in the comments below!

Dana Jennings is Lucasfilm’s senior content coordinator for StarWars.com. You may remember her from such polls and quizzes as, “Who Wore it Best?” and “Which Star Wars Character Should You Invite for the Holidays?” When not acting as chairman of the Nien Nunb Appreciation Society, she can be found working hard to make sure StarWars.com stays fully operational or dressing up as Crocker the cantina alien. Follow her on Instagram for all these things and more!

Aliens twi'leks Ryloth Much to Learn You Still Have