It’s Chewie Vs. Boba Fett and Qi’ra Vs. Darth Vader in Marvel’s Next War of the Bounty Hunters Comics - Exclusive Preview

Battles erupt as the fight for Han Solo intensifies.

Who will walk away with Han Solo?

As the epic War of the Bounty Hunters crossover continues, the galaxy’s biggest players have come to Crimson Dawn’s auction on Jekara to buy the in-demand rebel, still frozen in carbonite. In StarWars.com’s exclusive preview of Marvel’s Star Wars: The War of the Bounty Hunters #3, tensions boil over -- leading to a tussle between Han’s friends and Boba Fett. Meanwhile, in Star Wars #16, Qi’ra, Han’s onetime love and leader of Crimson Dawn, locks blades with Darth Vader… 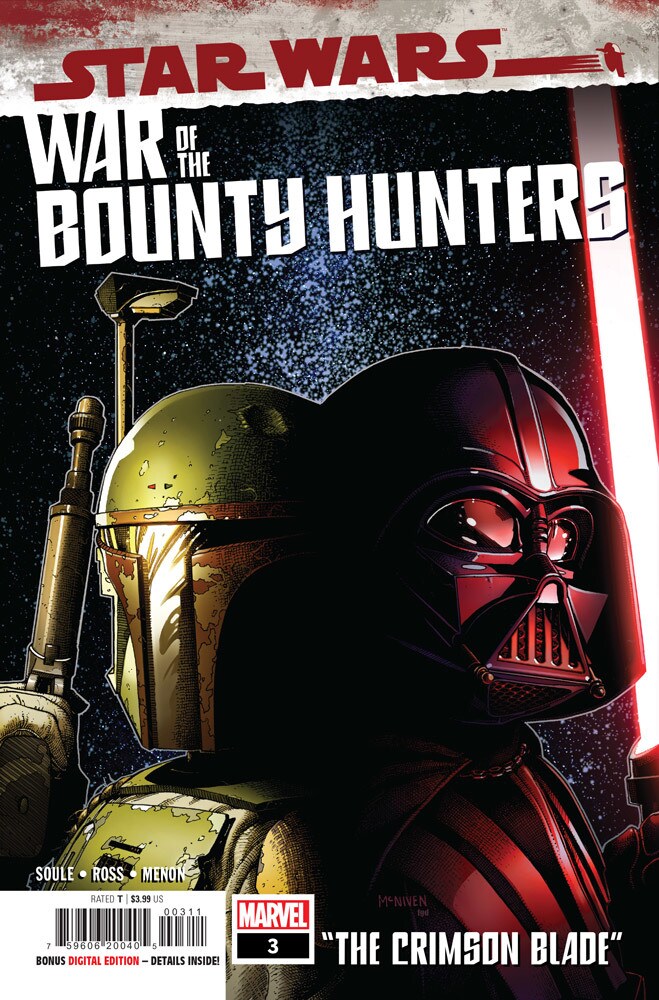 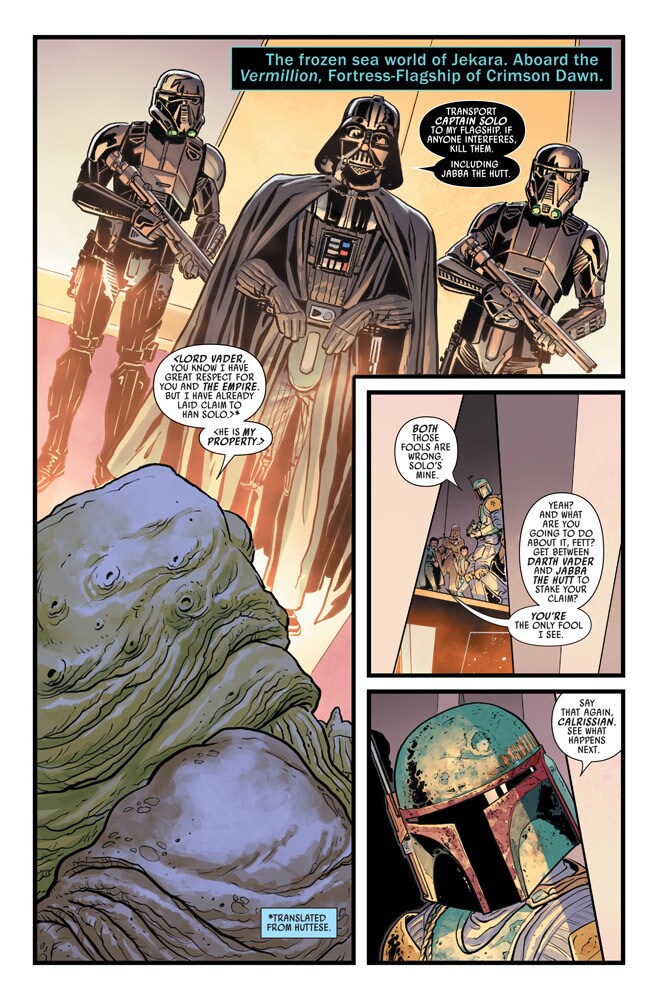 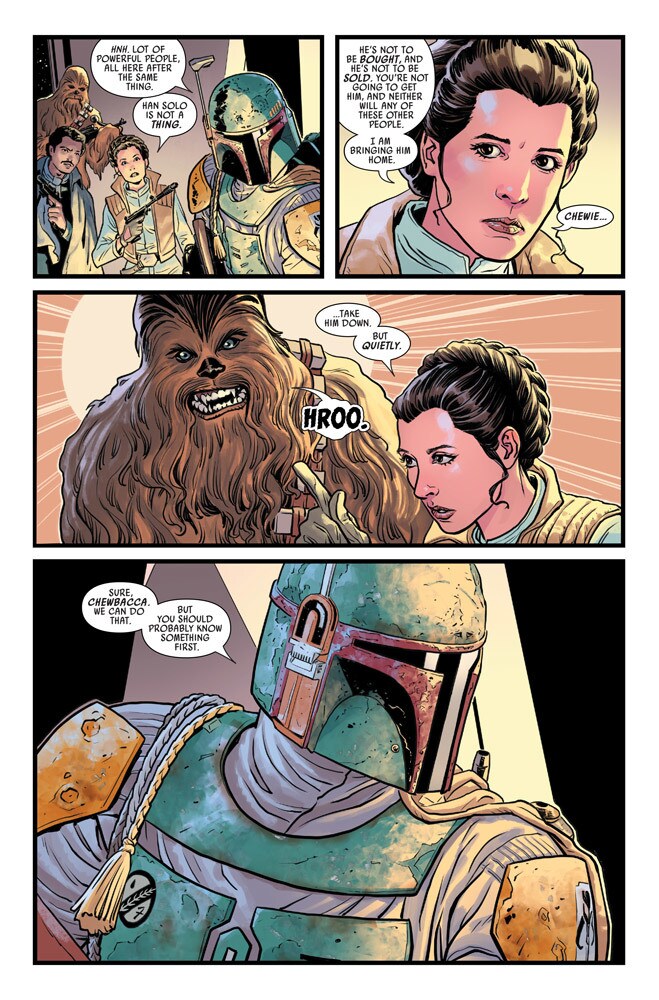 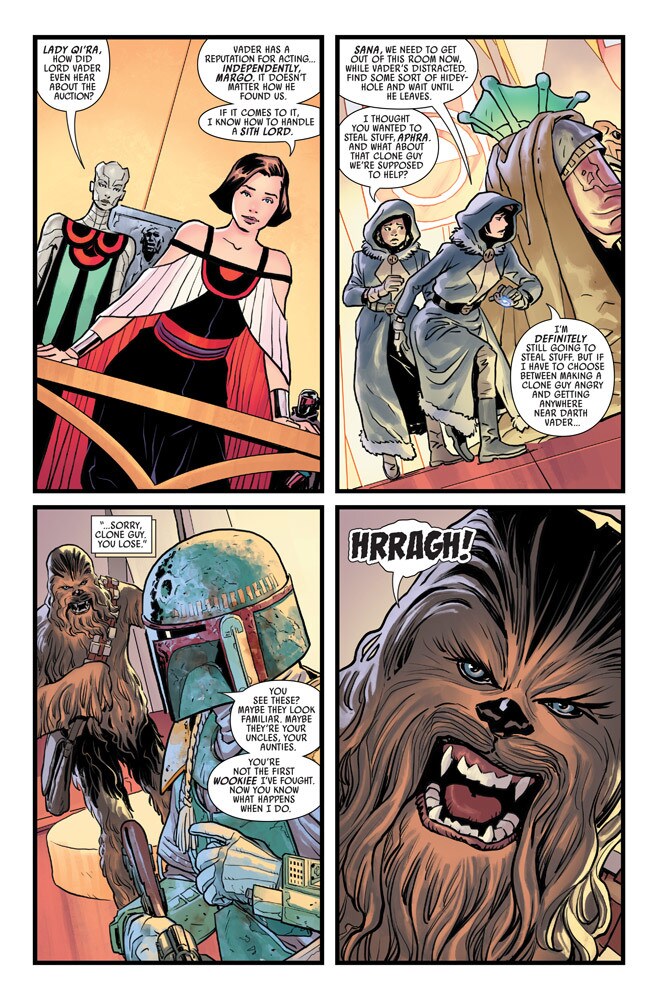 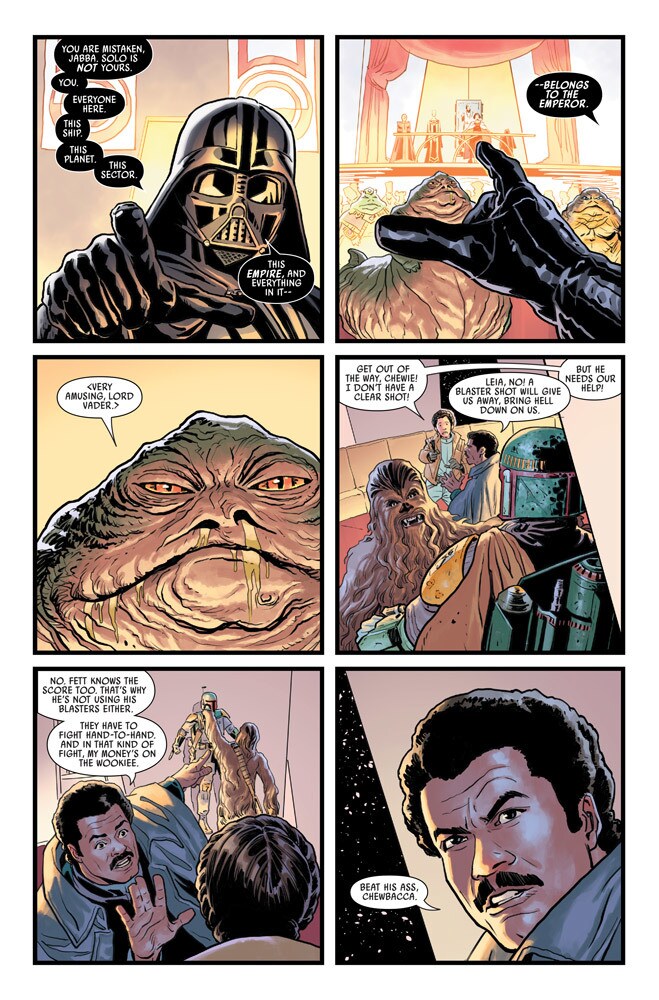 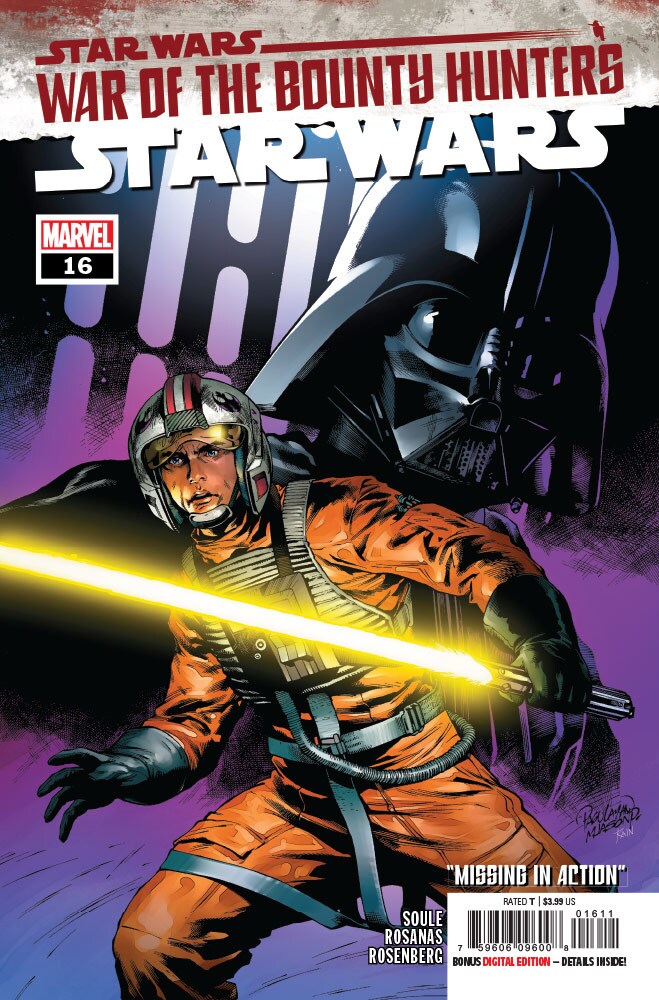 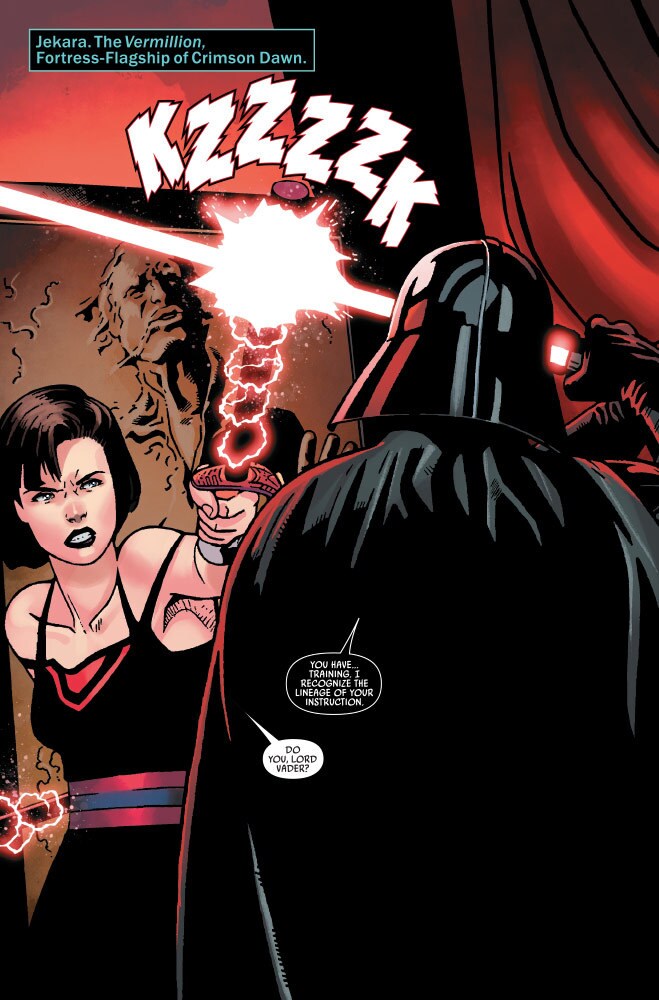 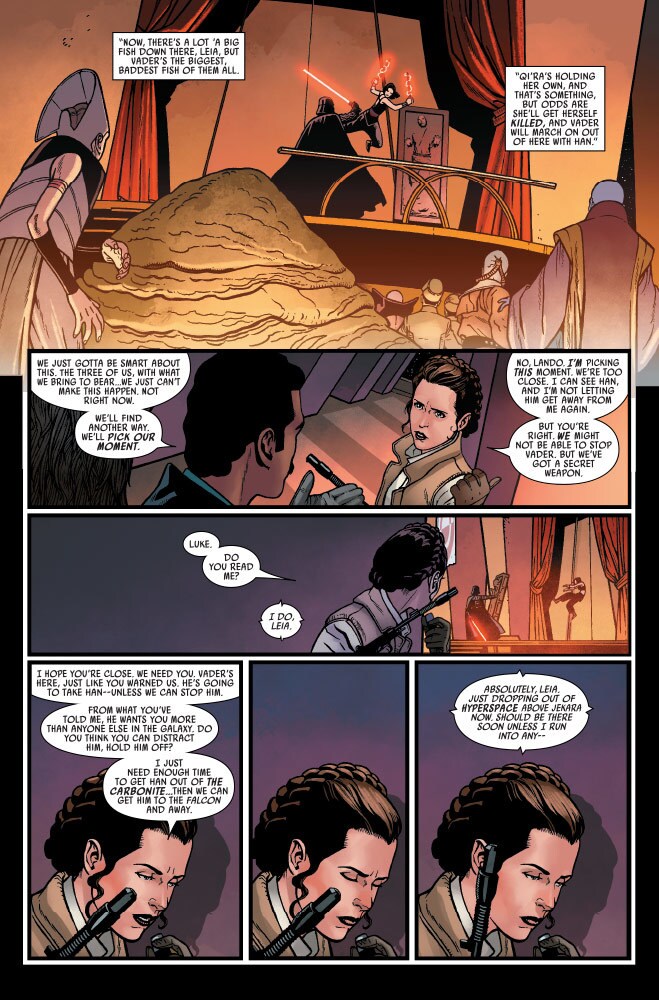 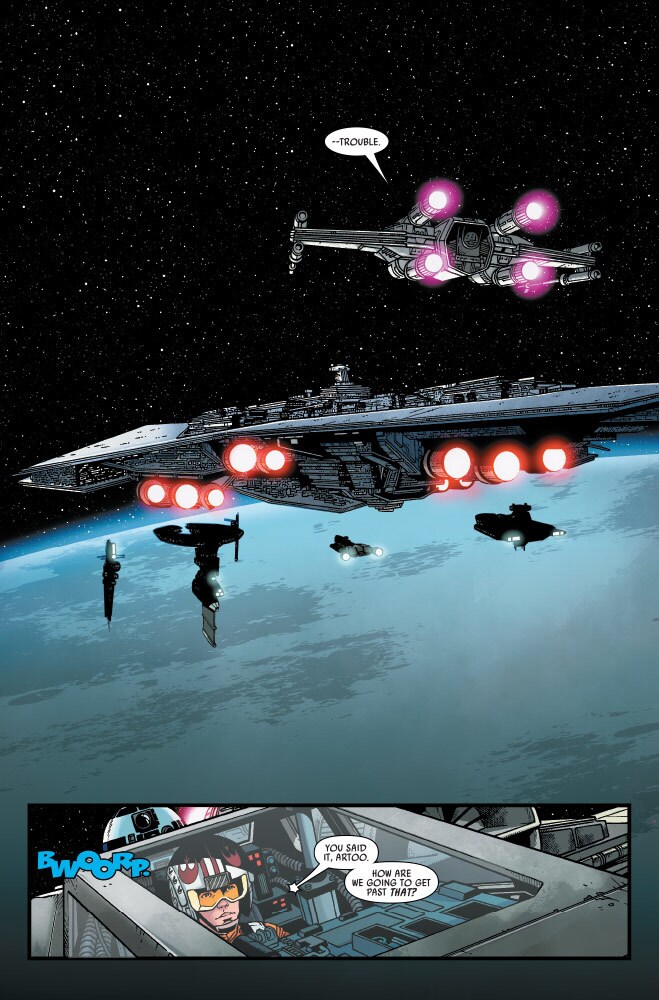