Plus, get your first look inside Crimson Dawn's exclusive party from the pages of Star Wars: Doctor Aphra #12!

It's a showdown between formidable bounty hunters Boba Fett and Bossk.

Then, in Star Wars: Doctor Aphra #12, the rogue archaeologist and her partner, Sana Starros, give us inside intel from the heart of the Vermillion, Crimson Dawn's fortress-flagship. 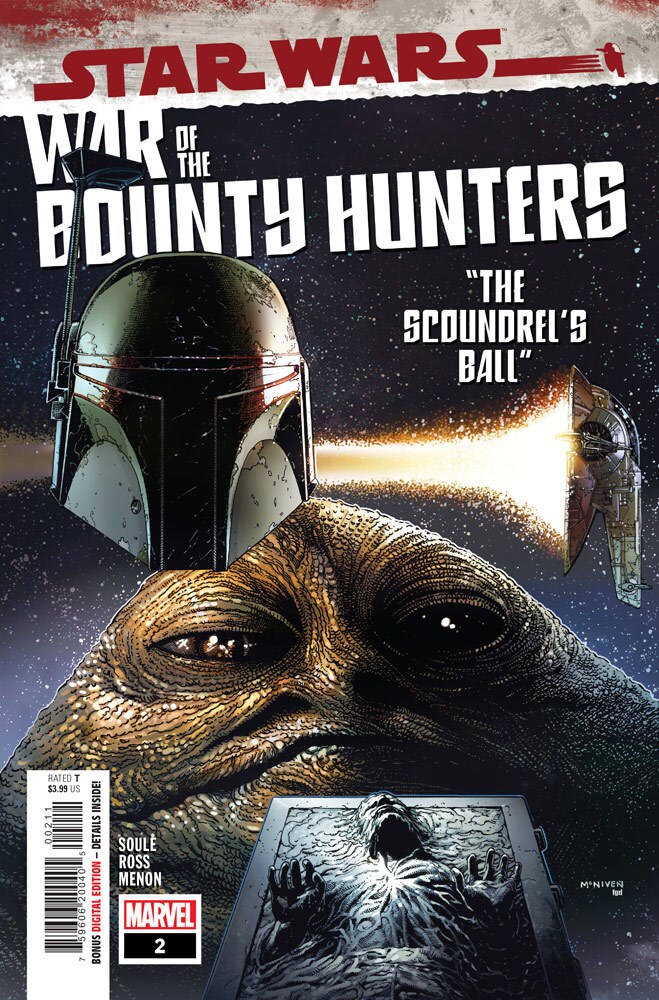 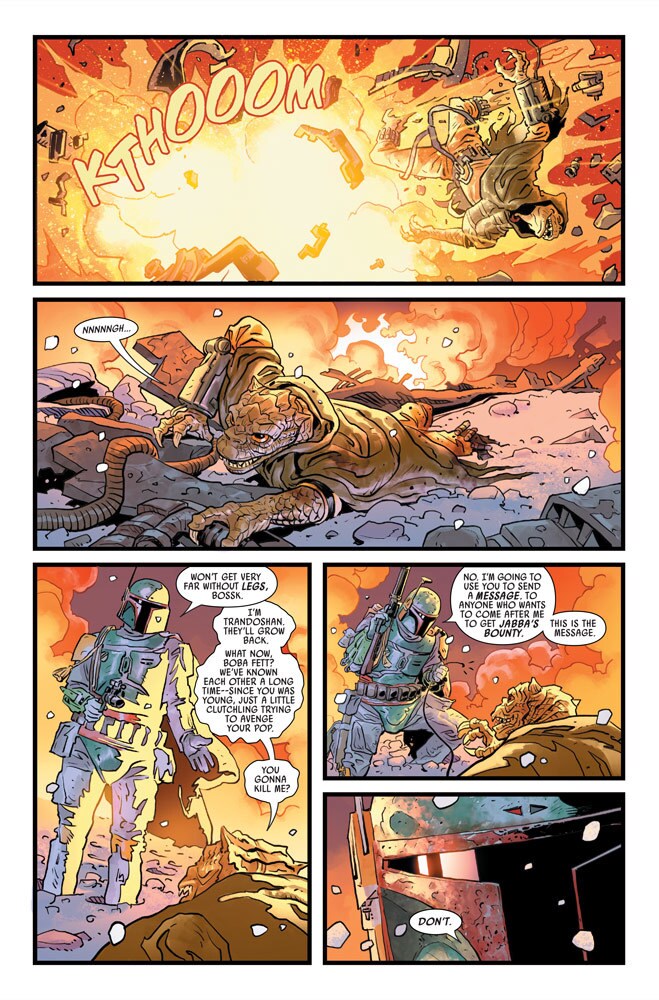 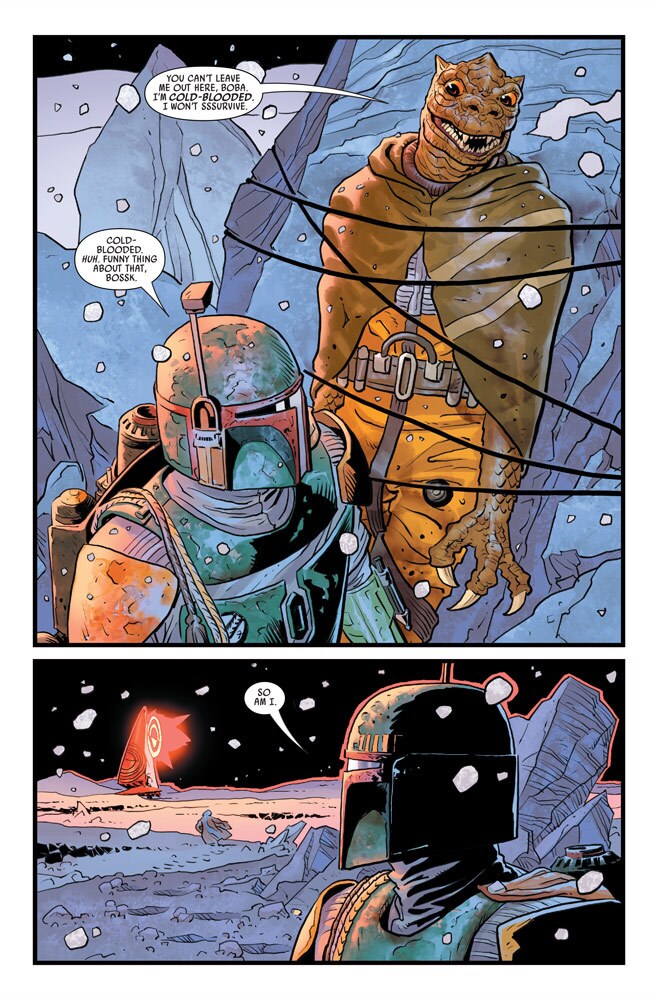 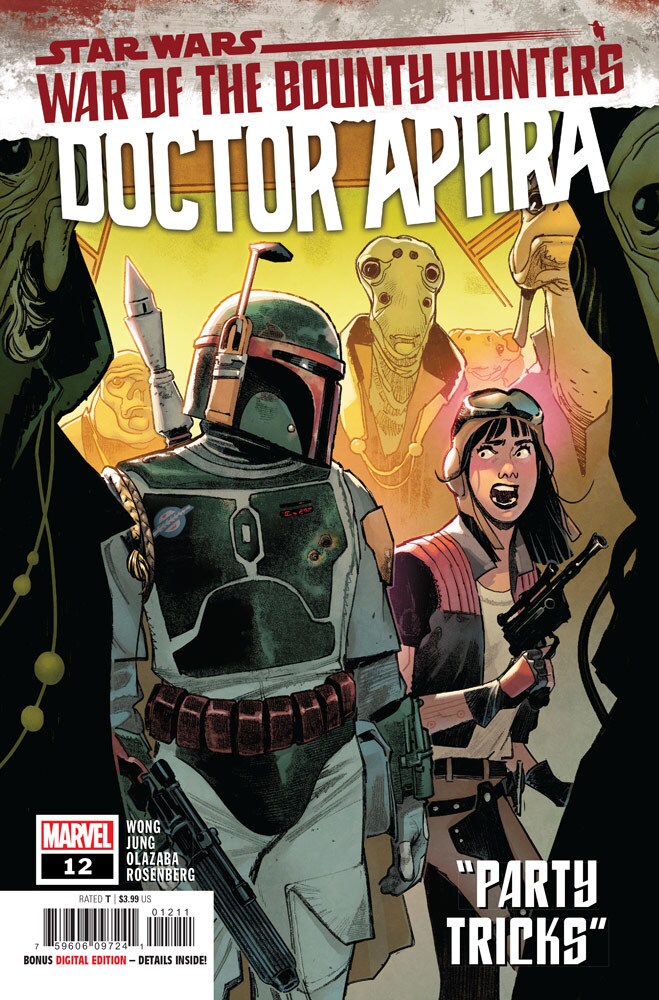 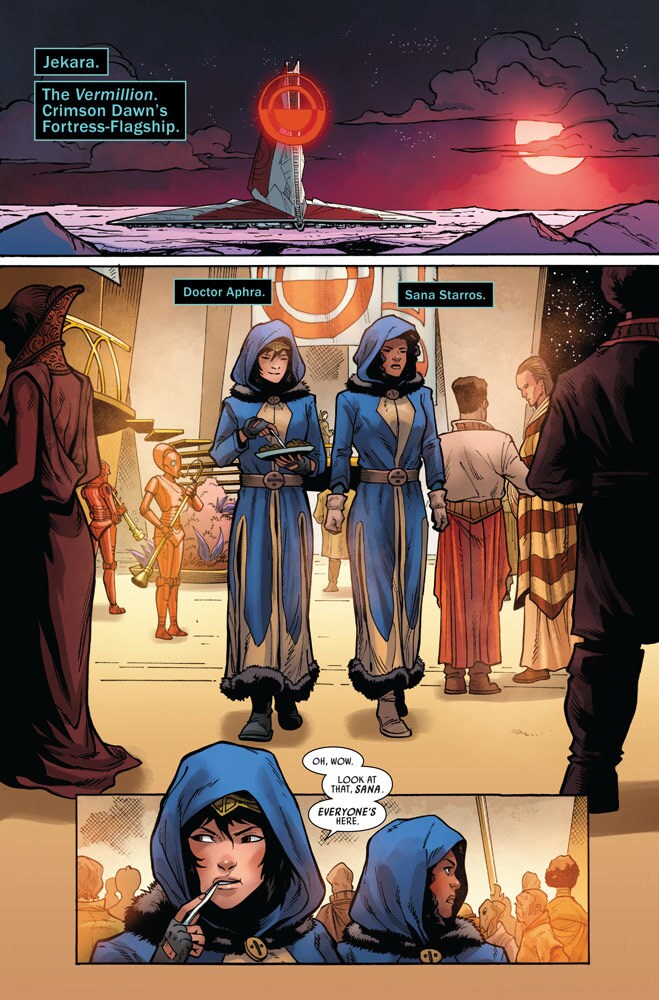 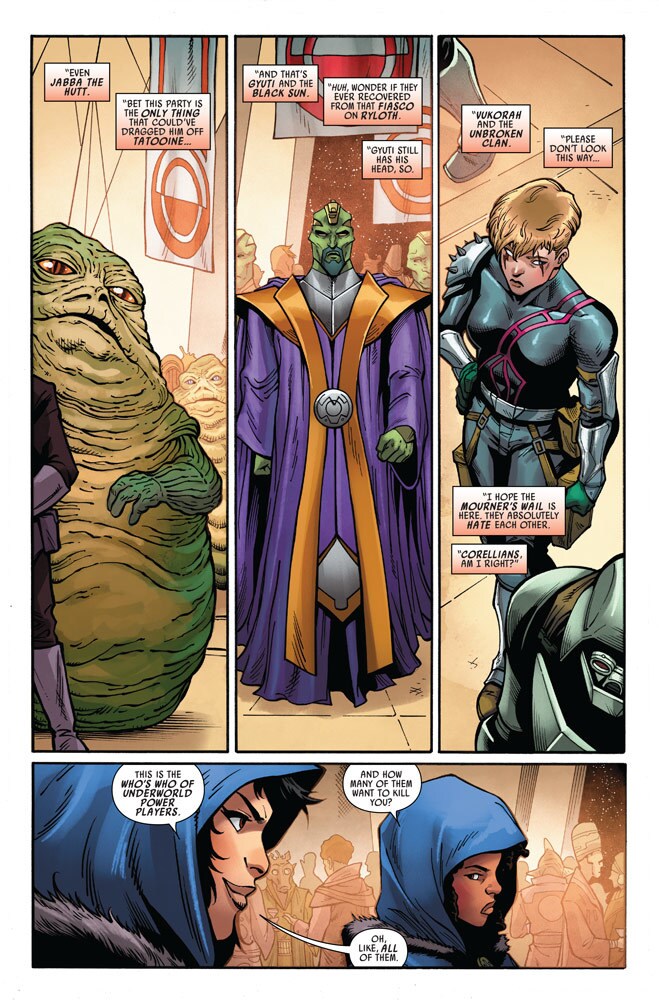 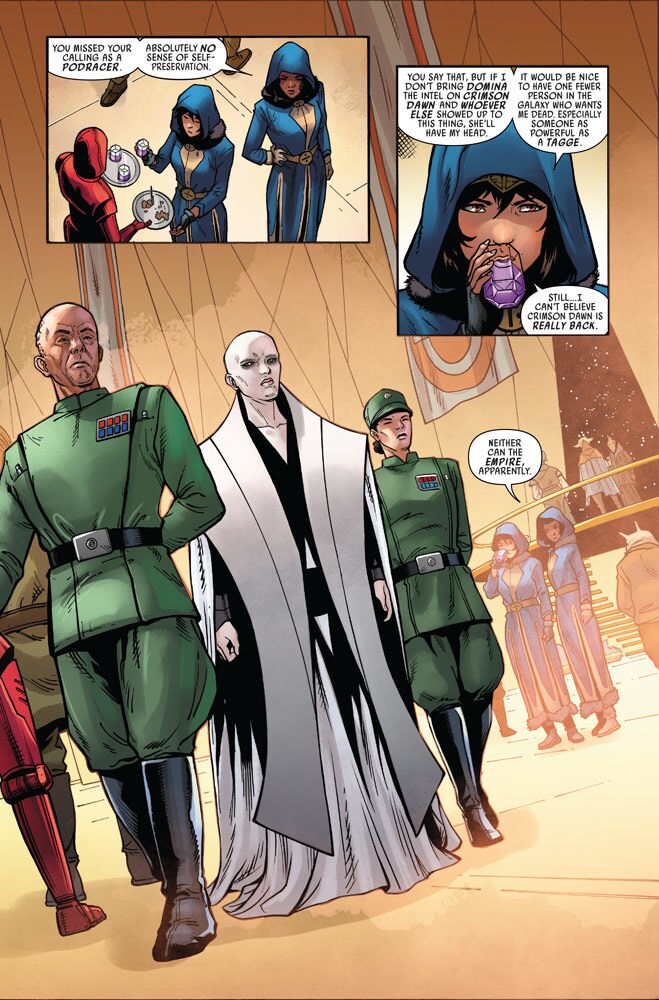 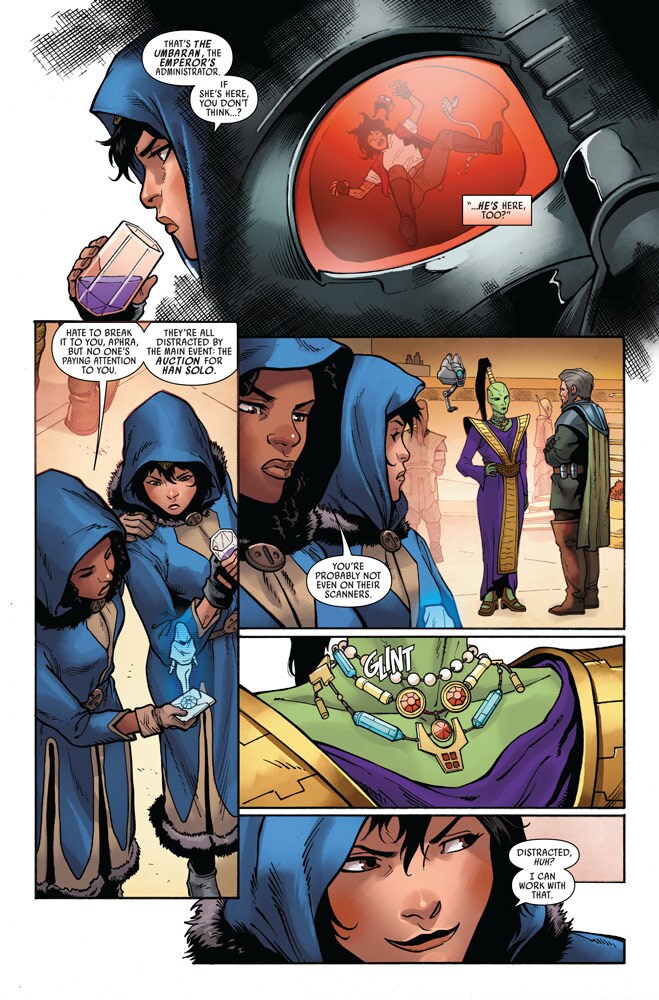