It's machine versus cybernetic man on the battlefield.

Darth Vader endured the trial. He struck down his former master Obi-Wan Kenobi. He confronted his son with the truth of his identity. Now he'll fight the bounty hunter droid IG-88 to gain valuable intel.

Marvel’s Star Wars: War of the Bounty Hunters crossover continues in Star Wars: Darth Vader #13, with the Sith Lord among the galaxy’s most powerful figures looking to claim Han Solo. In StarWars.com’s exclusive preview of the issue, we find Vader back in action against the phlutdroid.

Star Wars: Darth Vader #13, from writer Greg Pak and artist Raffaele Ienco, arrives June 23 and is available for pre-order now on Comixology and at your local comic shop. 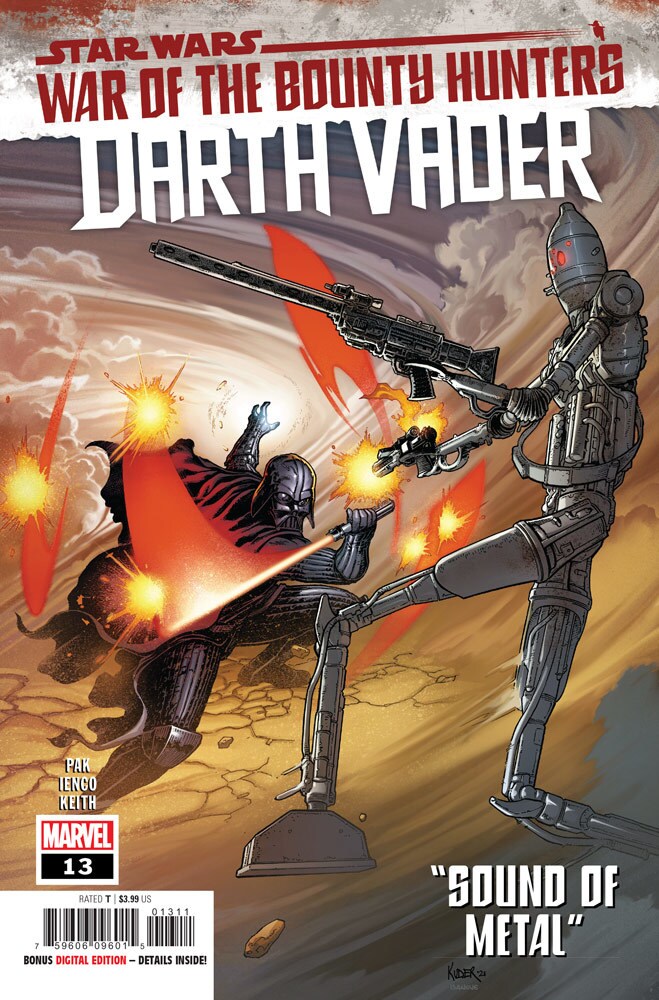 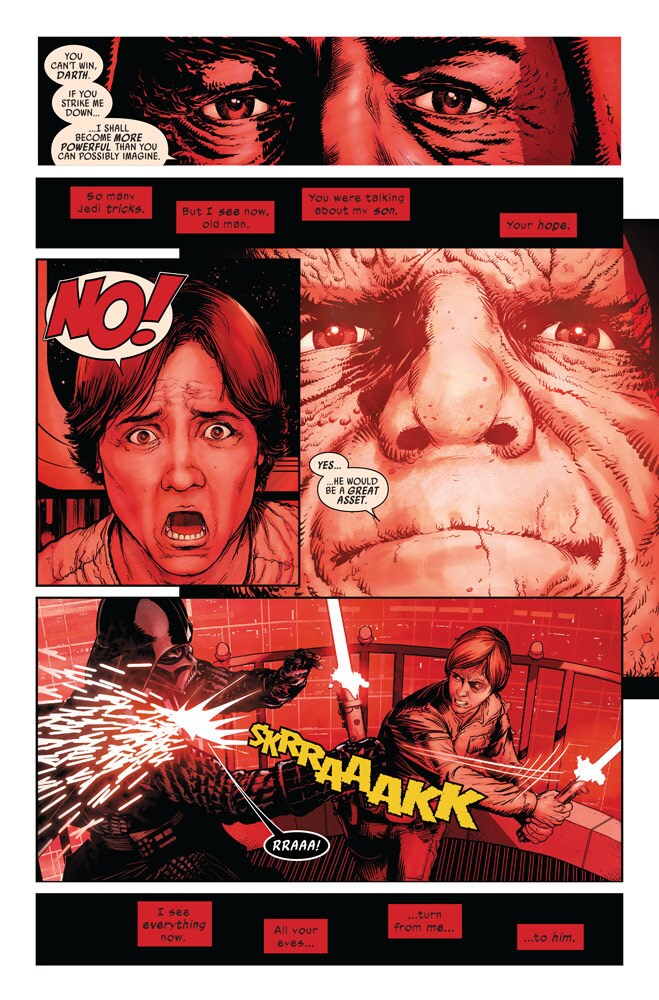 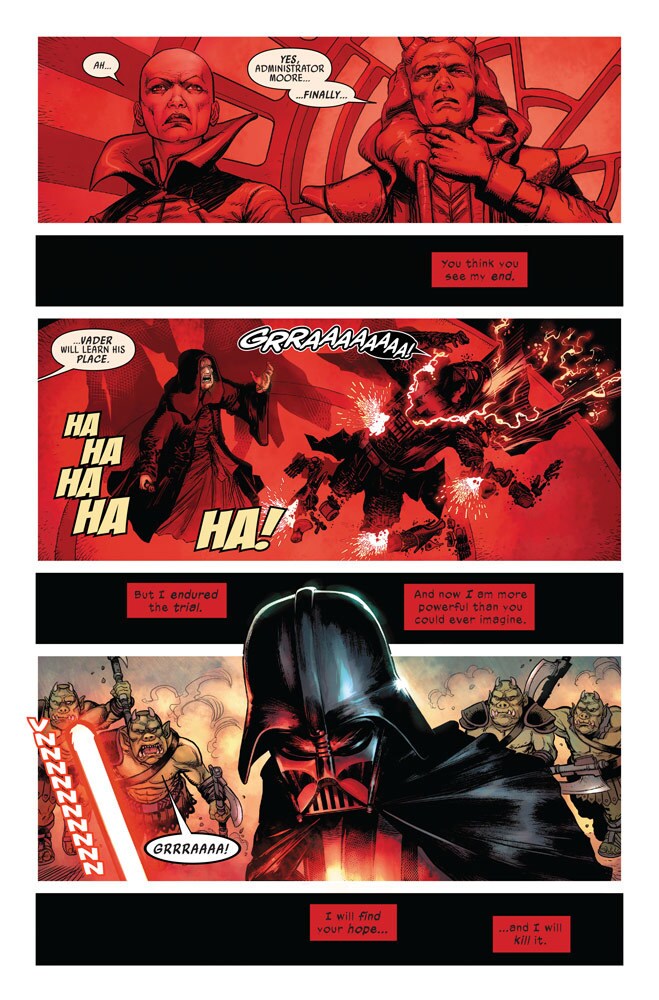 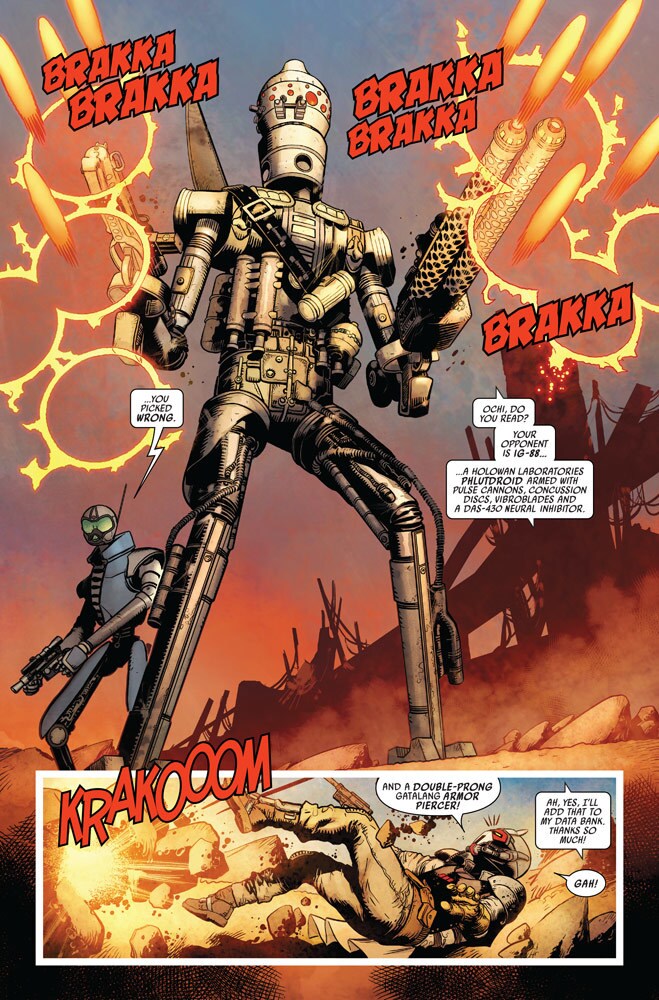 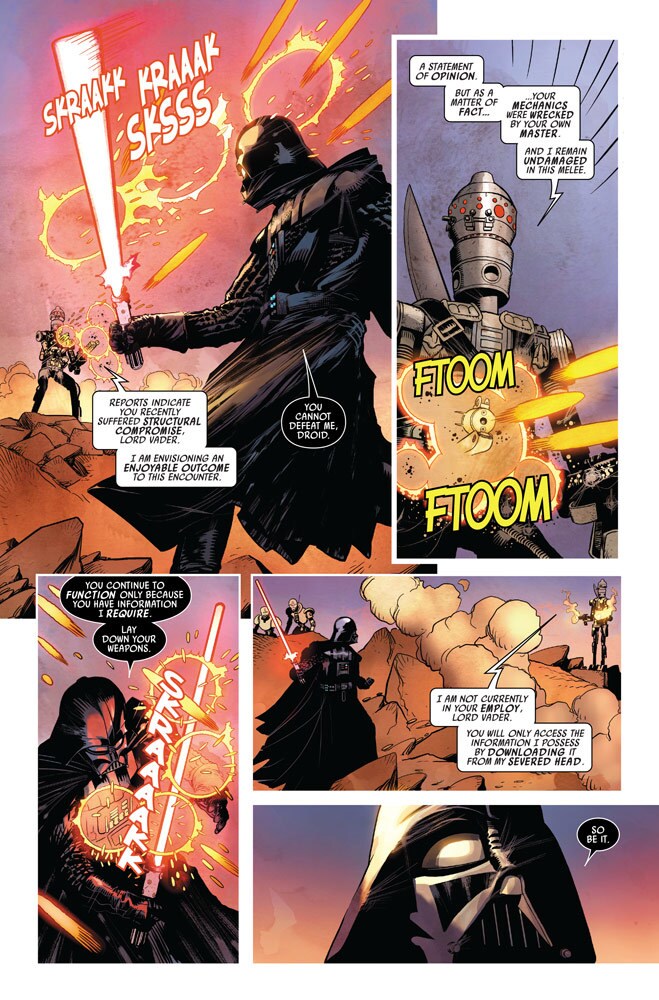 For more on Star Wars: War of the Bounty Hunters, check out StarWars.com’s previous coverage: