T’onga and her bounty hunter crew run into trouble.

Nothing’s ever easy when Crimson Dawn is involved.

Former bounty hunter T’onga finds herself leading a mission on Corellia to capture Vukorah, leader of the Unbroken Clan -- with the hopes that the crime lord will help her save Cadeliah, heir to the syndicate. Unbeknownst to T’onga and her crew, however, Vukorah has aligned with Crimson Dawn, who currently hold Cadeliah. In StarWars.com’s exclusive first look at Marvel’s Star Wars: Bounty Hunters #22, T’onga finds that securing her target is going to be tougher than she thought…

Bounty Hunters #22, written by Ethan Sacks and illustrated by Paolo Villanelli, with a cover by Giuseppe Camuncoli, arrives March 30 and is available for pre-order now on ComiXology and at your local comic shop. 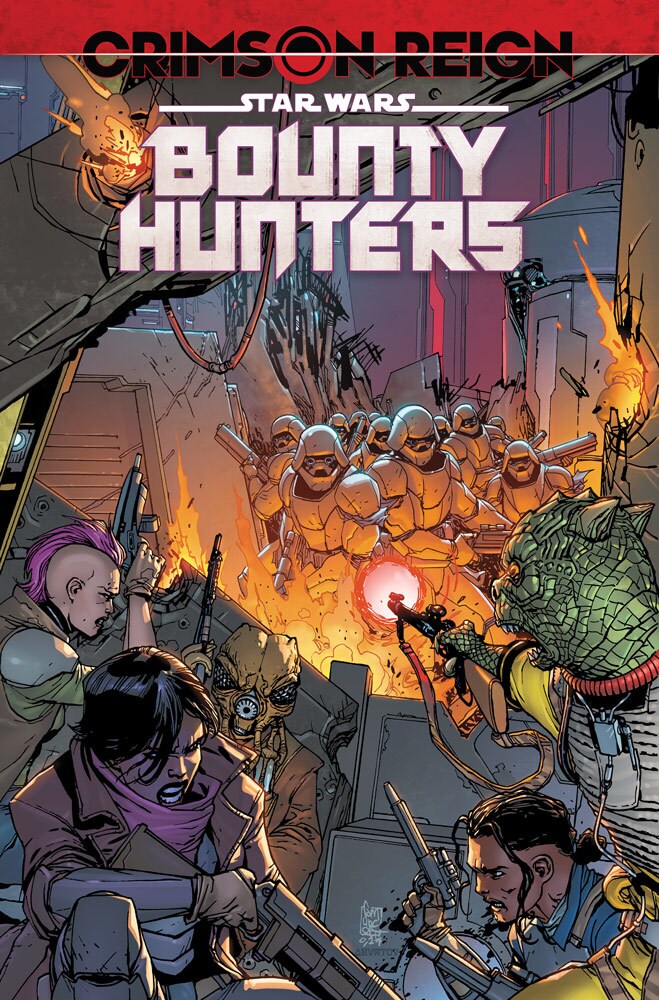 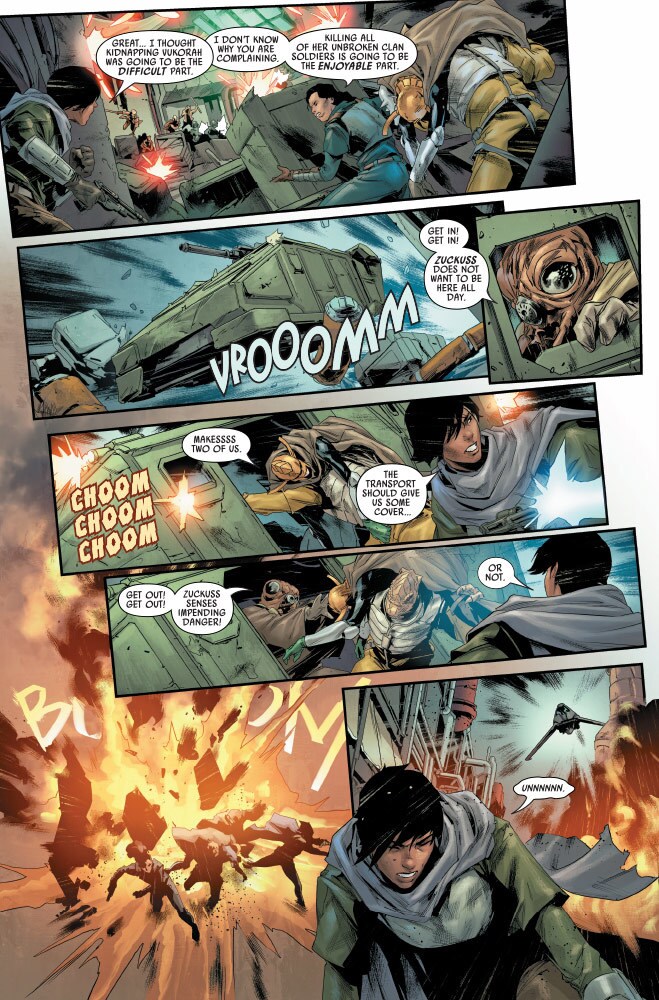 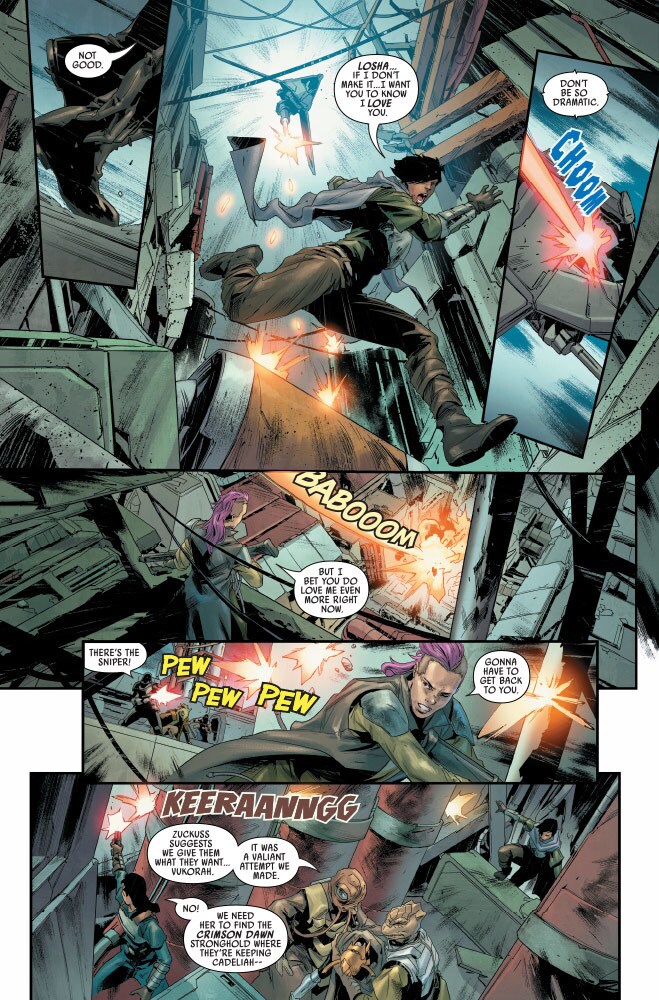 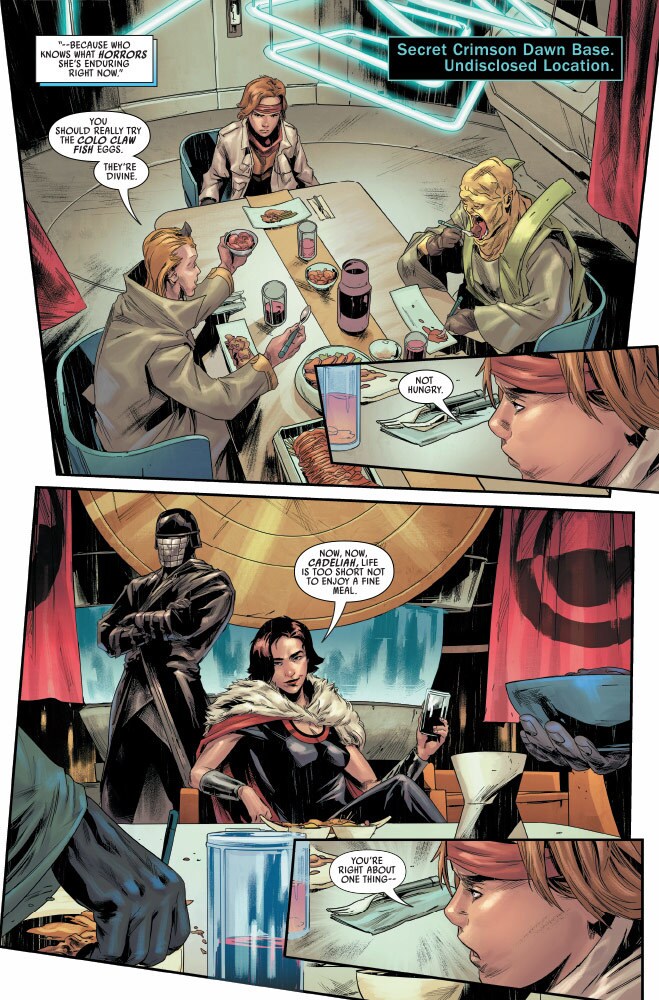 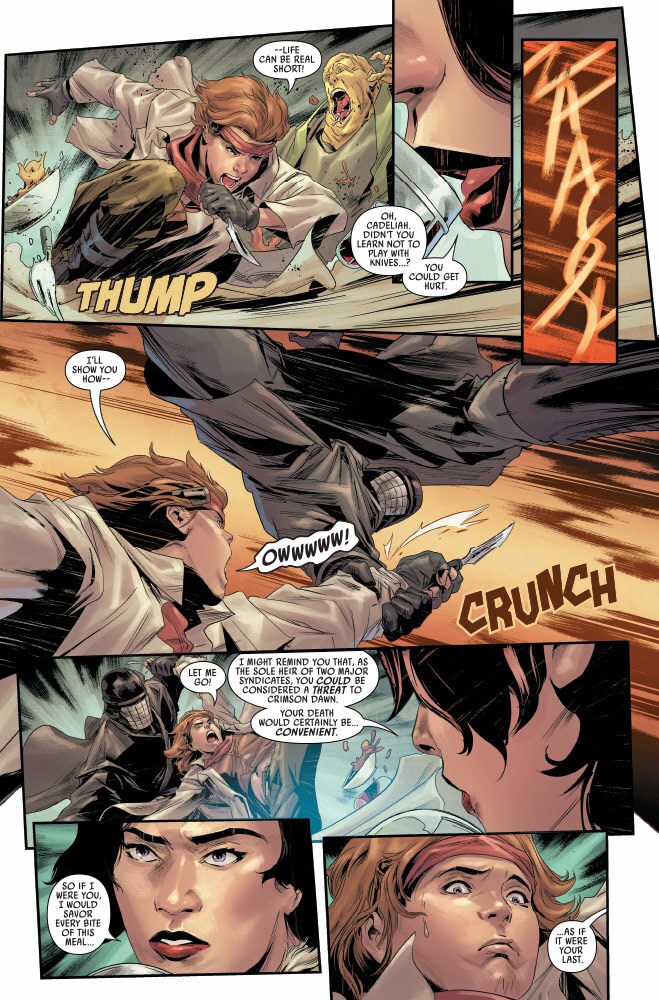