Plus, Sabé and Ochi return to Naboo with an unexpected passenger - Darth Vader! - in pages from Star Wars: Darth Vader issue #22.

Crimson Dawn's Qi'ra and General Leia Organa of the Rebel Alliance have a lot in common.

In StarWars.com’s exclusive first look at Marvel’s Star Wars #22, the two formidable leaders meet on Home One in a tense reunion while Chewbacca is preoccupied with other things, like saving his friend, Han Solo, from becoming a permanent decoration in Jabba's Palace.

And in StarWars.com’s preview of Star Wars: Darth Vader #22, Sabé and Ochi touch down on Naboo to face Darth Vader once more.

Star Wars #22, written by Charles Soule and illustrated by Ramon Rosanas, with a cover by Carlo Pagulayan, is available for pre-order now on ComiXology; Darth Vader #22, written by Greg Pak and illustrated by Raffaele Ienco, with a cover by Paul Renaud, is also available for pre-order now on ComiXology. Both issues arrive April 13 and can also be found at your local comic shop. 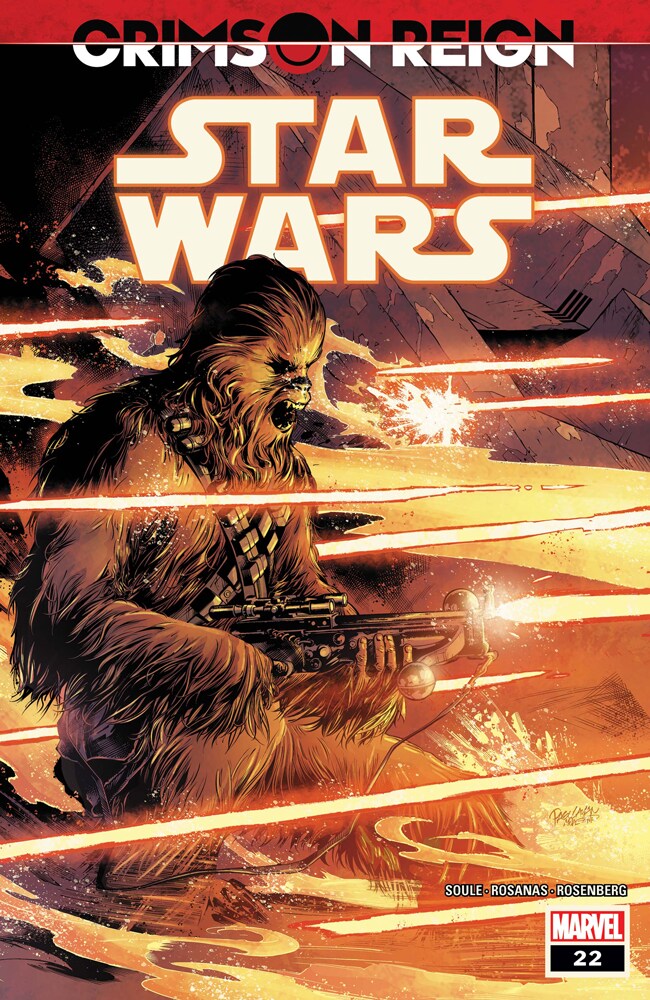 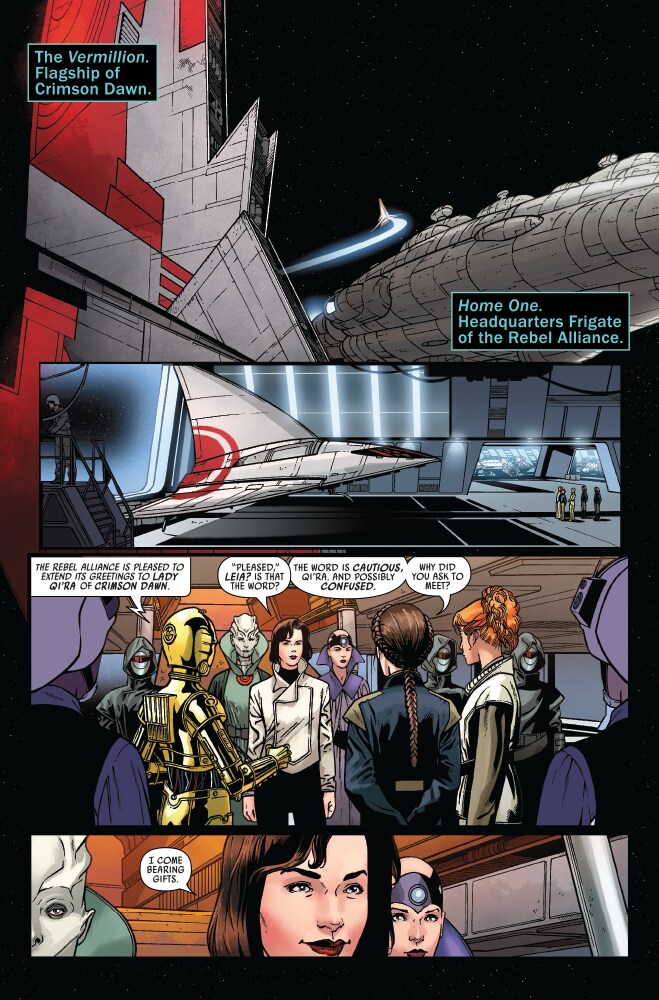 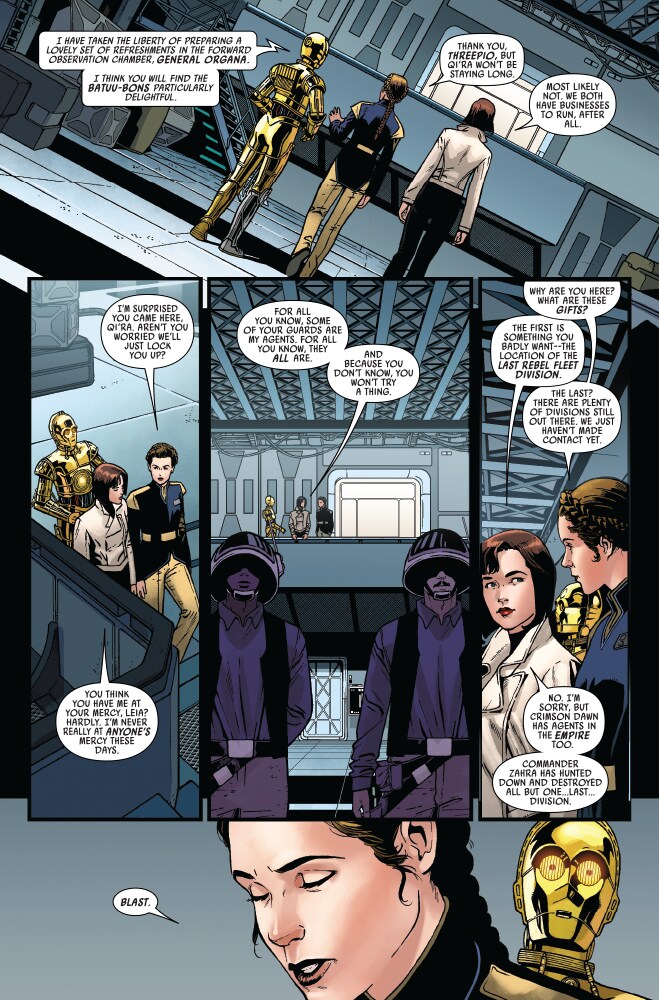 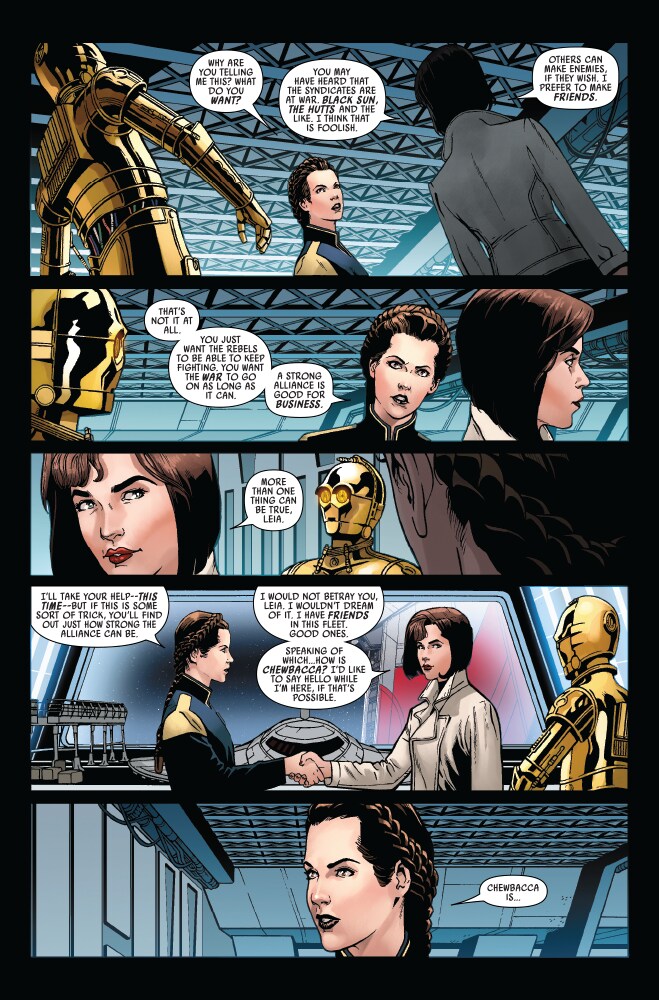 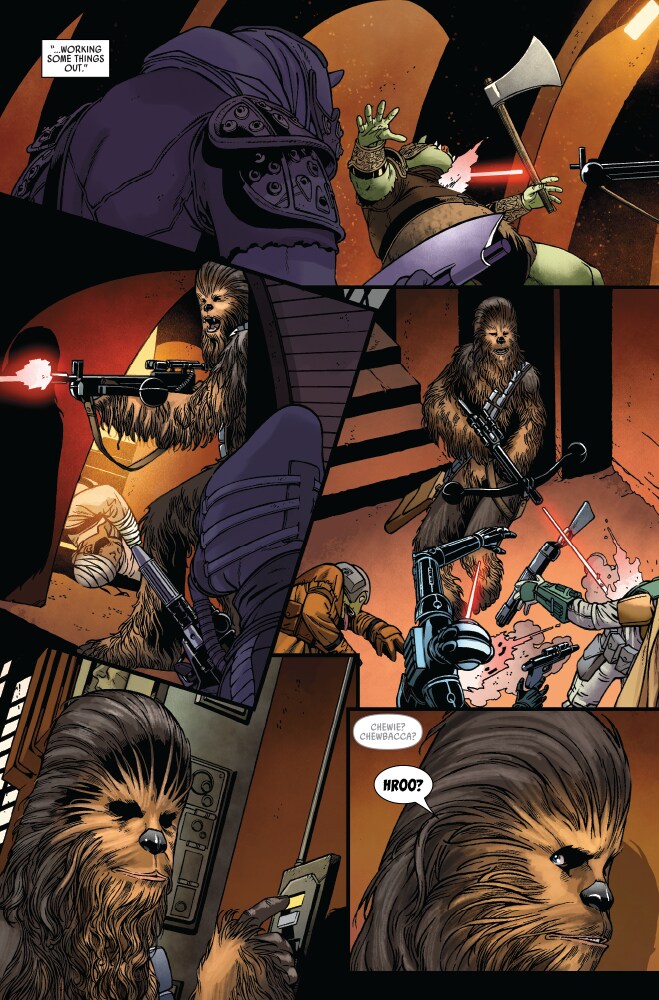 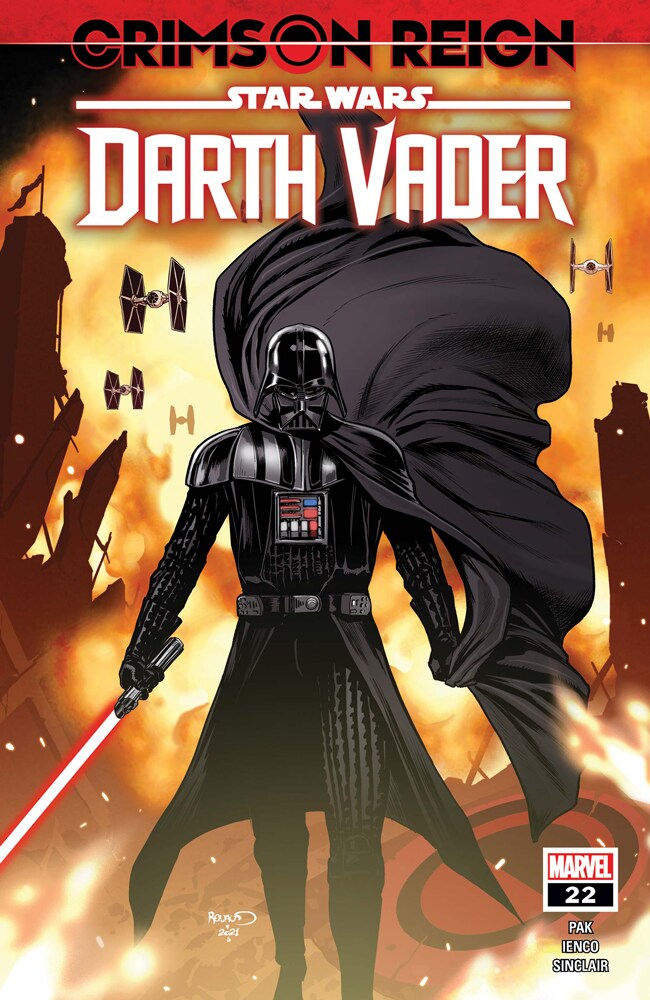 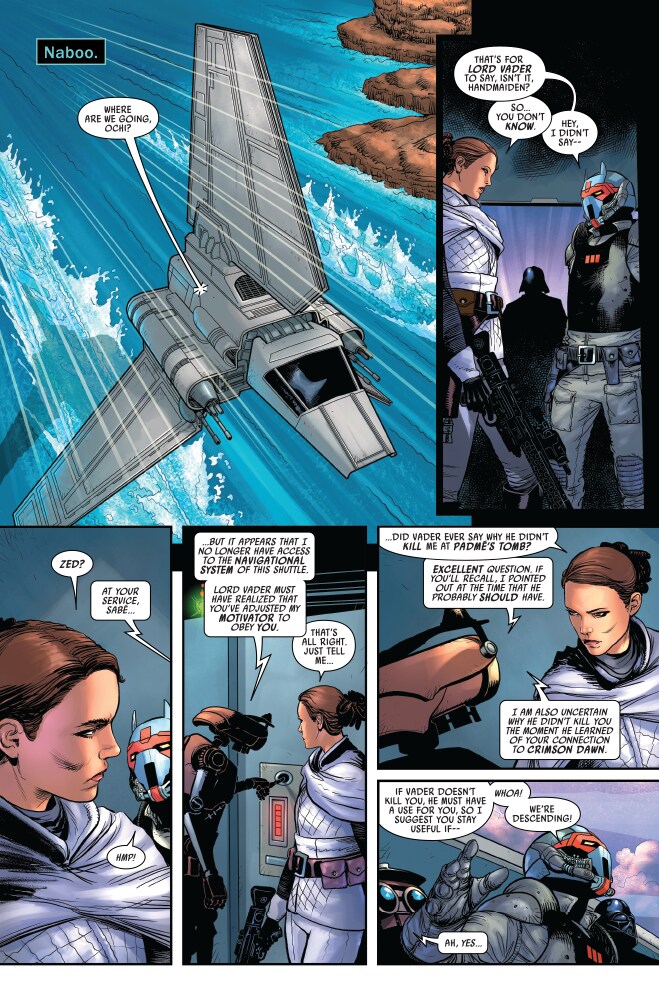 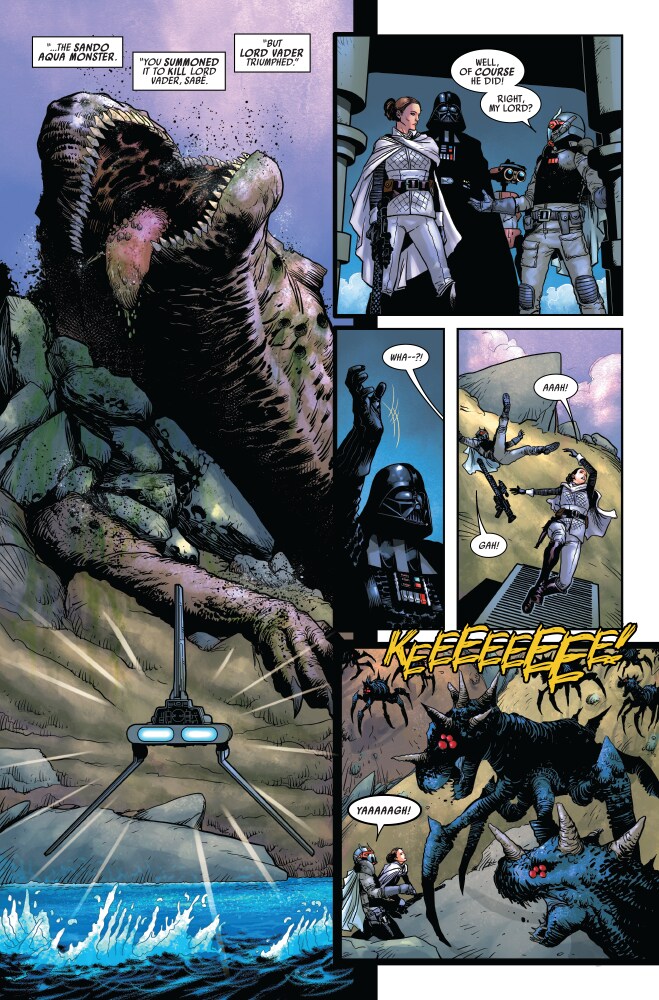 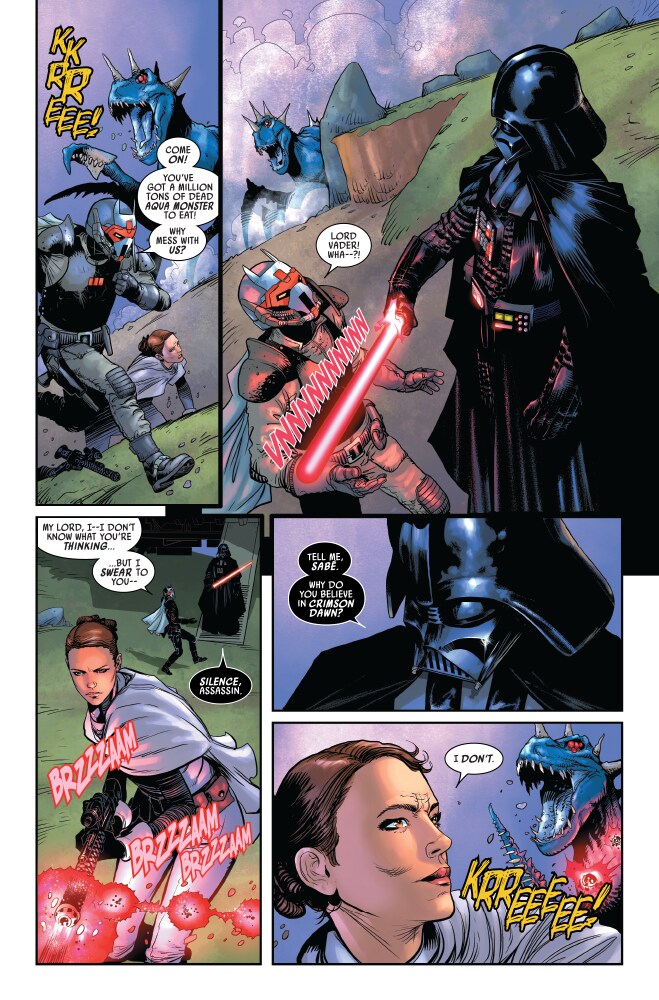 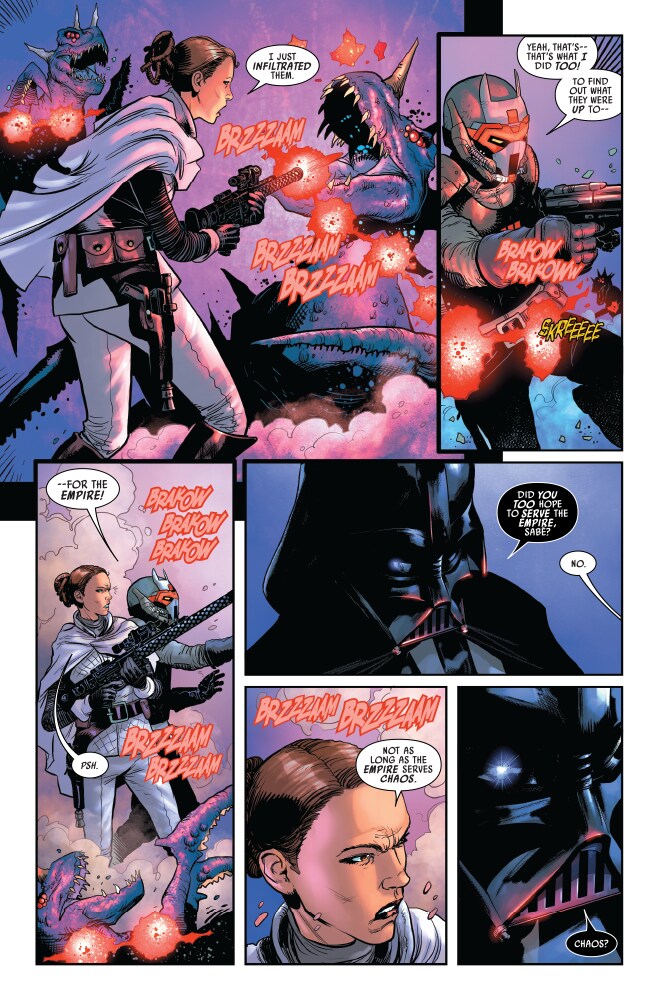