With a chance to save their friend, the rebels enter the “War of the Bounty Hunters.”

There’s no Jedi training like action in the field.

Marvel’s epic crossover War of the Bounty Hunters centers around Boba Fett’s journey -- and battles -- to bring Han Solo to Jabba the Hutt following the events of Star Wars: The Empire Strikes Back. In StarWars.com’s exclusive preview of Star Wars #13, the rebels come to Luke Skywalker, in the middle of intense training in the ways of the Force, for help saving their abducted friend…

One of several preludes in the crossover, Star Wars #13, from writer Charles Soule and artist Ramon Rosanas, with a cover by Carlo Pagulayan, arrives May 12 and is available for pre-order now on Comixology and at your local comic shop. 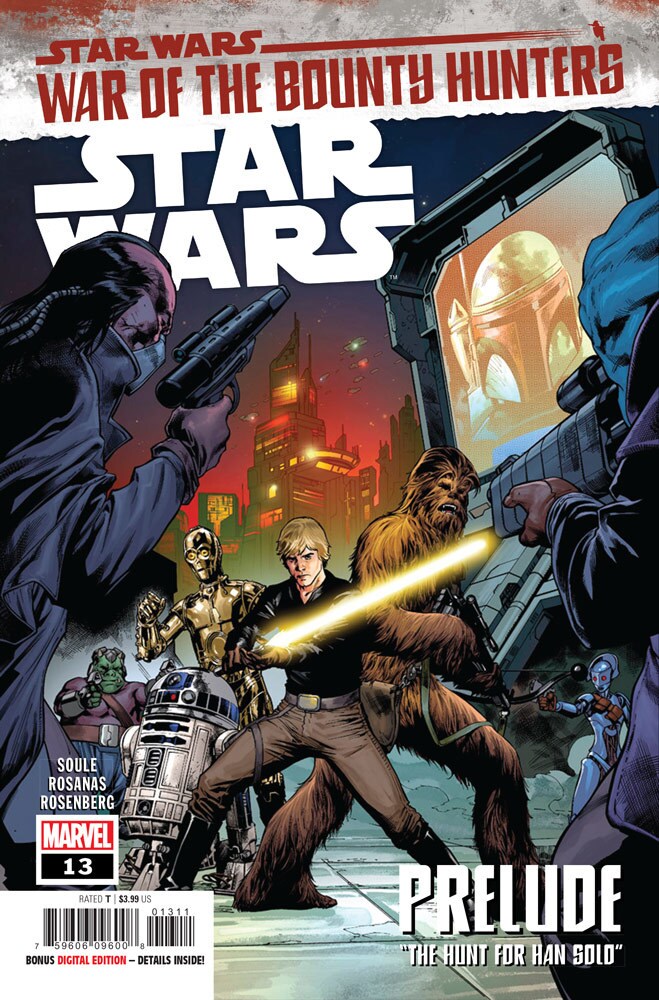 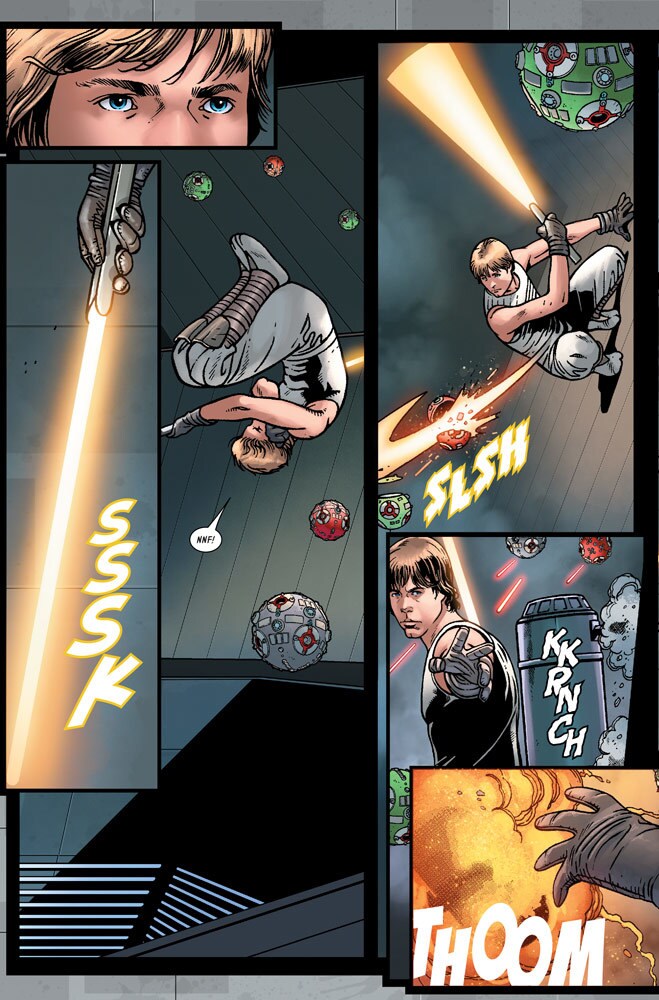 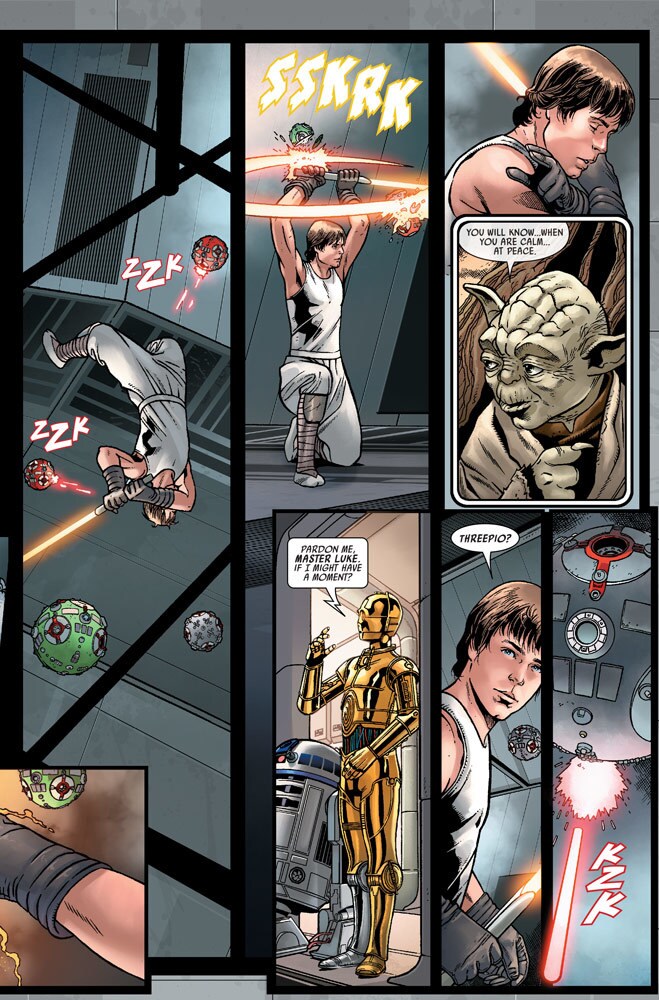 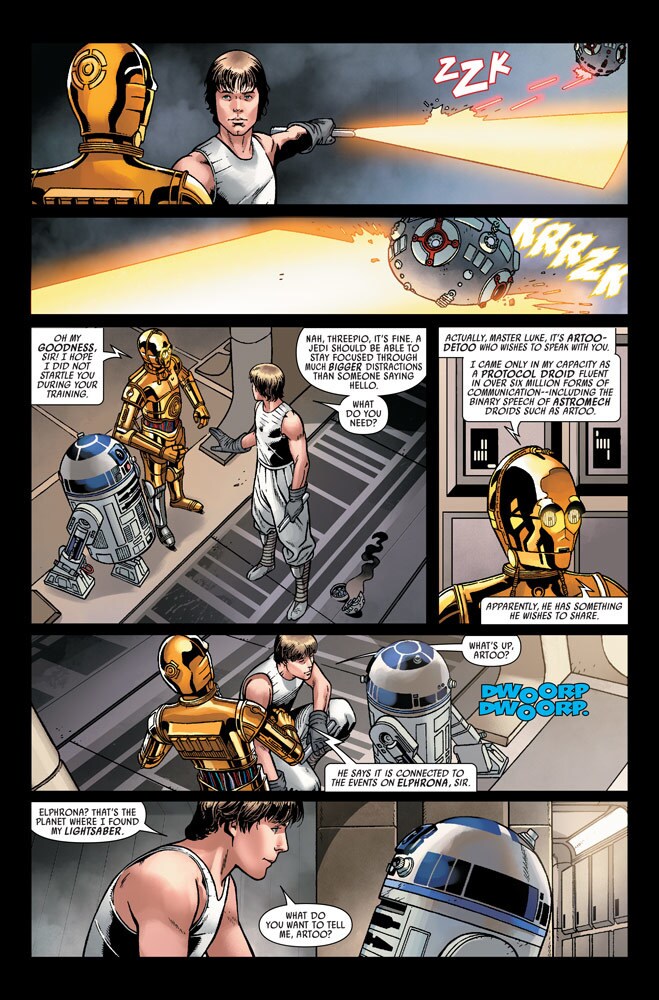 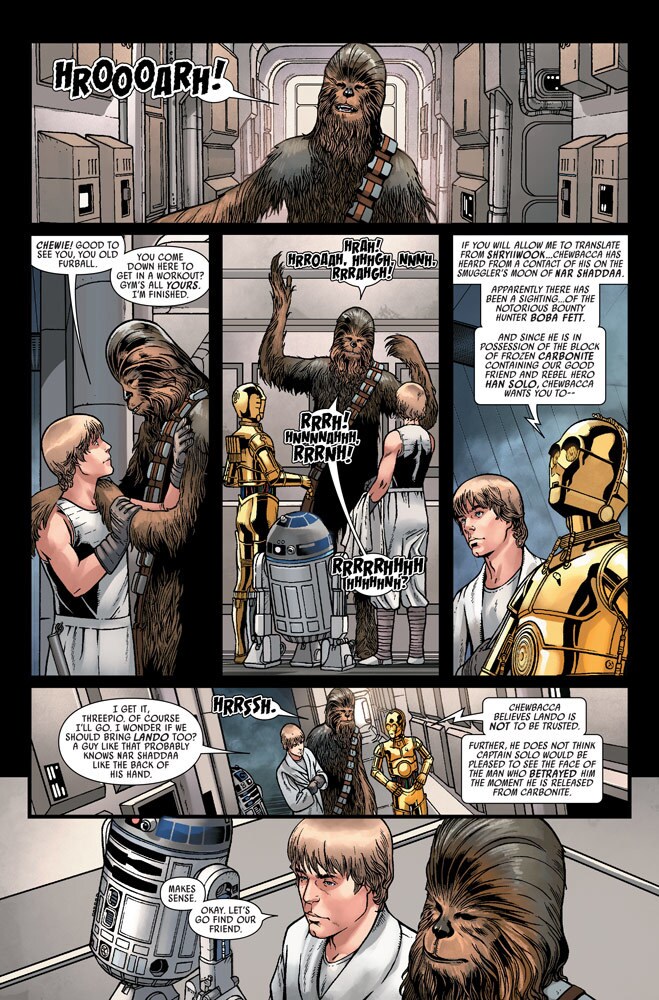