The Force-sensitive servant of Palpatine meets with her master after failing to destroy Darth Vader.

Darth Vader is not so easy to destroy. Sometimes, that’s learned the hard way.

Sly Moore, the mysterious Umbaran we first encountered in Star Wars: Attack of the Clones and glimpsed at the end of Marvel's Star Wars: Darth Vader #13, has returned to the Empire. As seen in StarWars.com’s exclusive preview of Darth Vader #14 -- continuing the War of the Bounty Hunters crossover -- it appears as though she was behind the recent assassination attempts on Vader. Now, she must face her failure…

Darth Vader #14, from writer Greg Pak and artist Raffaele Ienco, with a cover by Aaron Kuder, arrives July 21 and is available for pre-order now on Comixology and at your local comic shop. 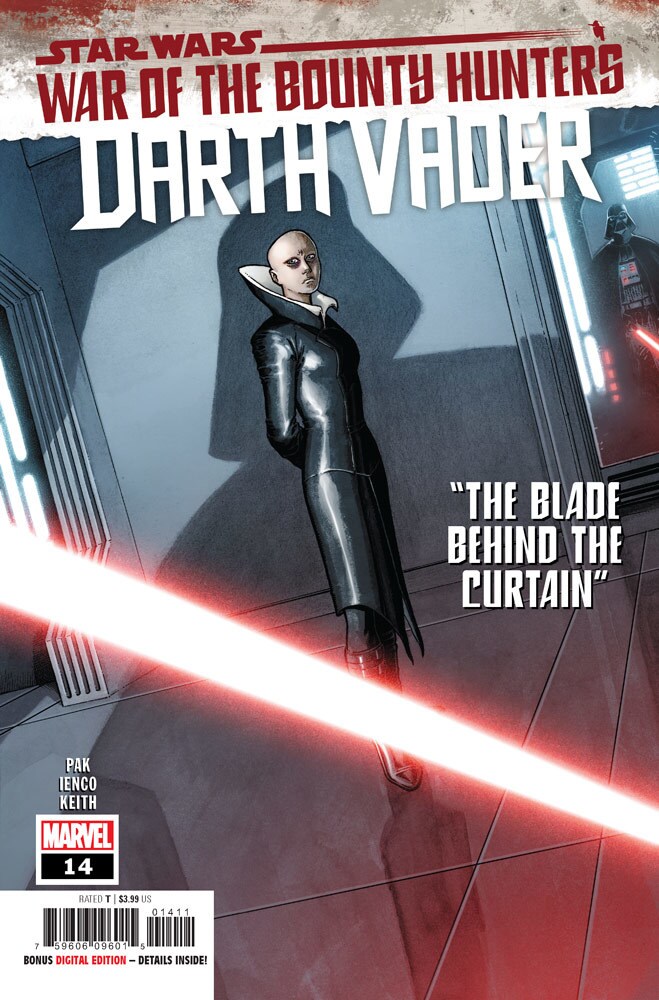 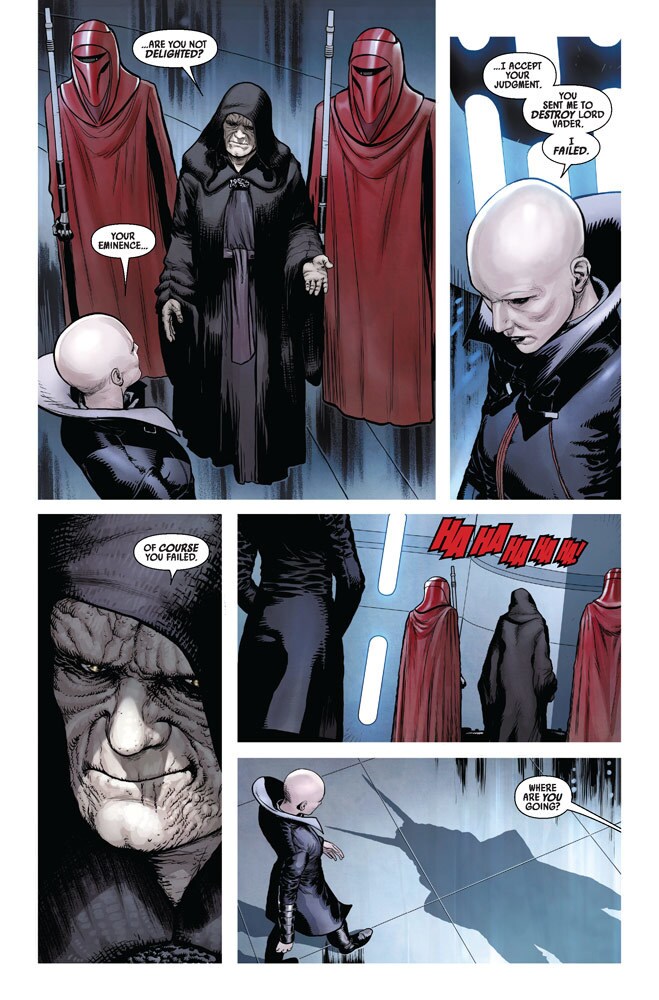 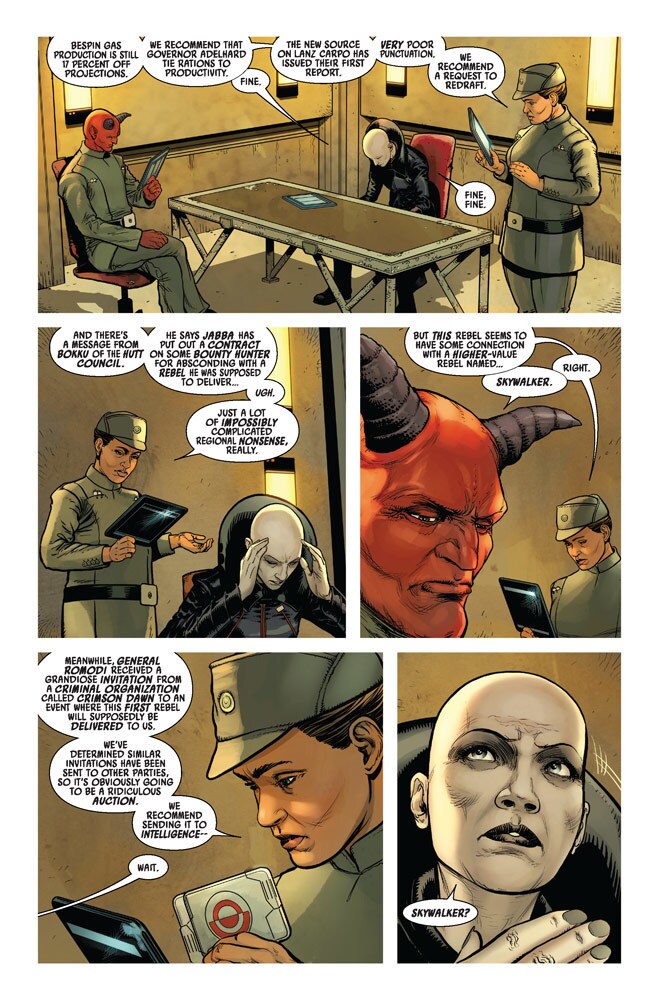