The Force is set to meet LEGO bricks in a new galaxy-spanning adventure.

StarWars.com is thrilled to announce LEGO Star Wars: The Freemaker Adventures, an all-new animated television series scheduled to debut this summer on Disney XD in the US. The fun-filled adventure comedy series, set between The Empire Strikes Back and Return of the Jedi, will introduce all-new heroes and villains in exciting adventures with many familiar Star Wars characters.

Told in the whimsically-charged style that audiences have come to expect from LEGO Star Wars entertainment, the series stars the Freemakers, a family of scavengers who build and sell starships from the scoured debris of space battles strewn throughout the galaxy. When their youngest discovers a natural connection with the Force through an ancient artifact -- the Kyber Saber -- his world is turned upside down, and he and his family are thrown into an epic struggle against the Empire to restore peace and freedom to the galaxy. Throughout their adventures, the Freemakers explore new worlds, meet new and familiar characters, and learn the true value of what it means to be a family. 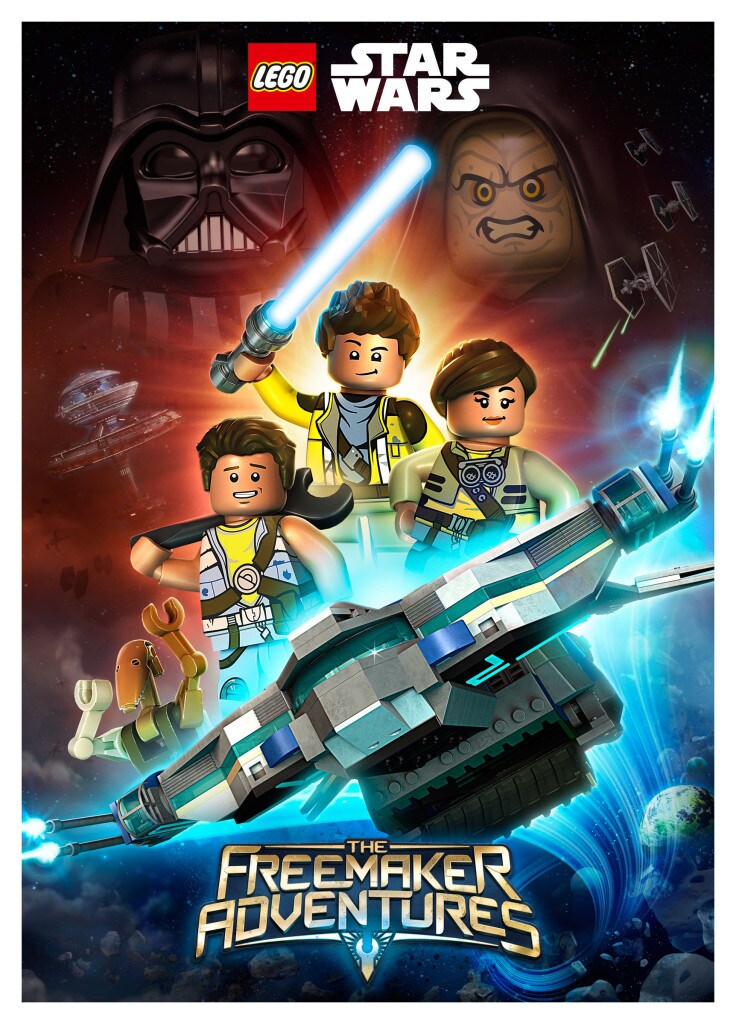 "We are very excited to launch for the first time a TV series with Disney XD," said Jill Wilfert, vice president, licensing & entertainment at the LEGO Group. "The creative team behind The Freemaker Adventures is extremely talented, and the series is a great testament to our longstanding and successful partnership with Lucasfilm and Disney. The show masterfully combines the rich heritage of storytelling, great characters, action, and adventure in a galaxy far, far away with the creativity, imagination, and humor that only LEGO Star Wars can deliver. We are sure fans young and old are going to love the show."

"With The Freemaker Adventures we are thrilled to bring all-new stories to life that could only be realized in the LEGO Star Wars universe," said Carrie Beck, vice president, animation development at Lucasfilm. "We are embarking on an unprecedented collaboration that will allow us to extend the narrative experience of the Star Wars saga with the same playful spirit that’s always made LEGO Star Wars so much fun to watch. We are so thankful to have such great partners in the LEGO Group, Disney XD, and series developers Bill Motz and Bob Roth."

Stay tuned to StarWars.com for more on LEGO Star Wars: The Freemaker Adventures!

SWCA 2022: 7 Things We Learned from the Summer of LEGO Star Wars Panel