Get a first look at the new PvP strategy game strong with the brick side of the Force.

Can a flock of porgs take down a stormtrooper? We'll soon find out.

In addition, players can collect and upgrade LEGO Star Wars characters, troops, and vehicles from across the Star Wars saga to build their own army; they'll also build LEGO towers on the battlefield to strategically attack, defend, and capture territory. Heroes and villains will have their own unique abilities, from Darth Vader's Force Slam to Luke Skywalker's Force Push, while locales range from Star Wars: The Phantom Menace's Naboo to Hoth from Star Wars: The Empire Strikes Back.

Check out the screenshots below and get ready for a bricktastic and galactic clash. 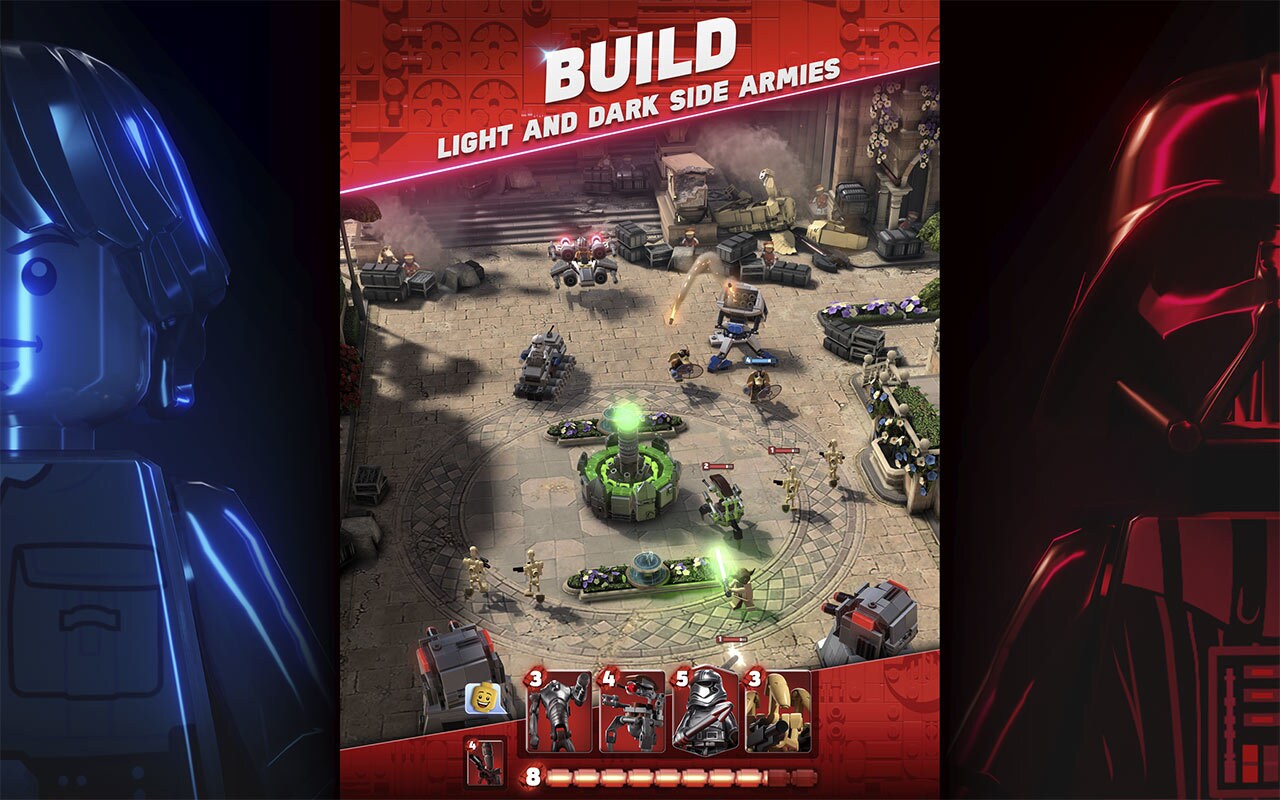 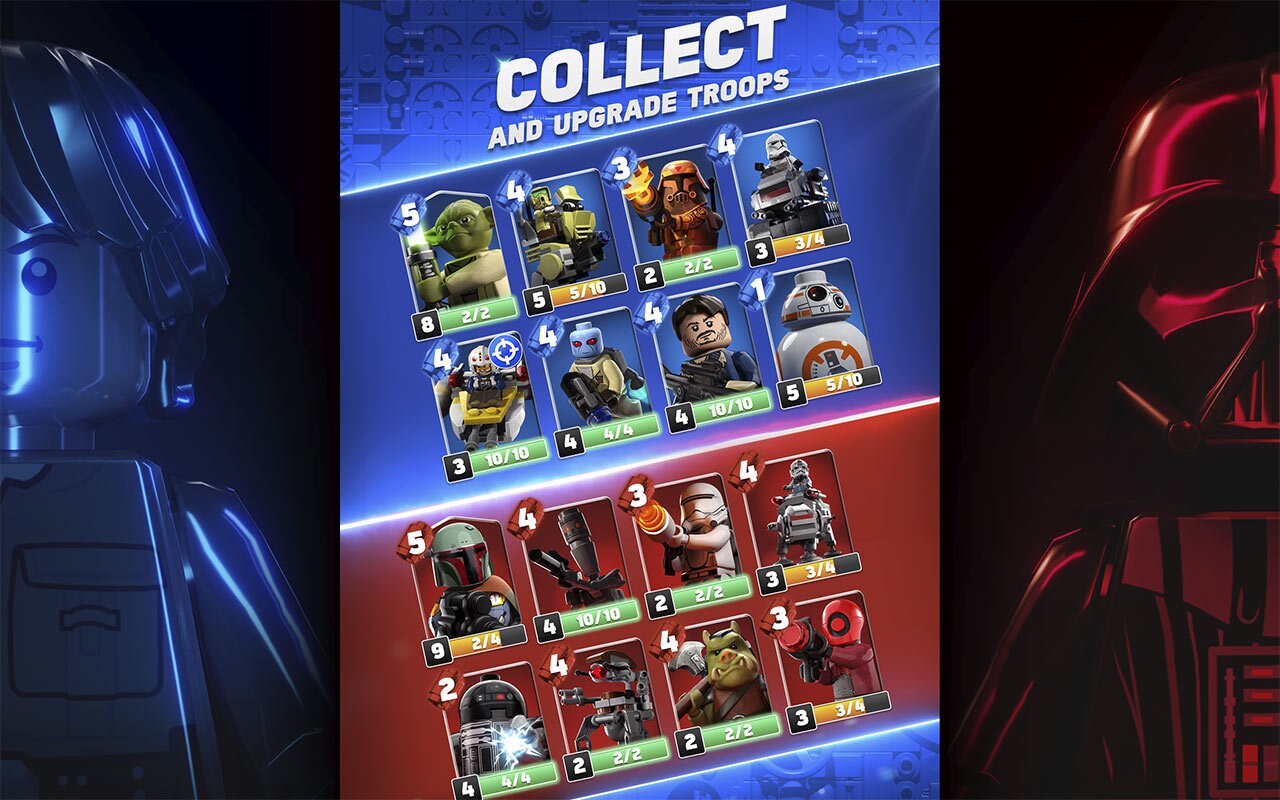 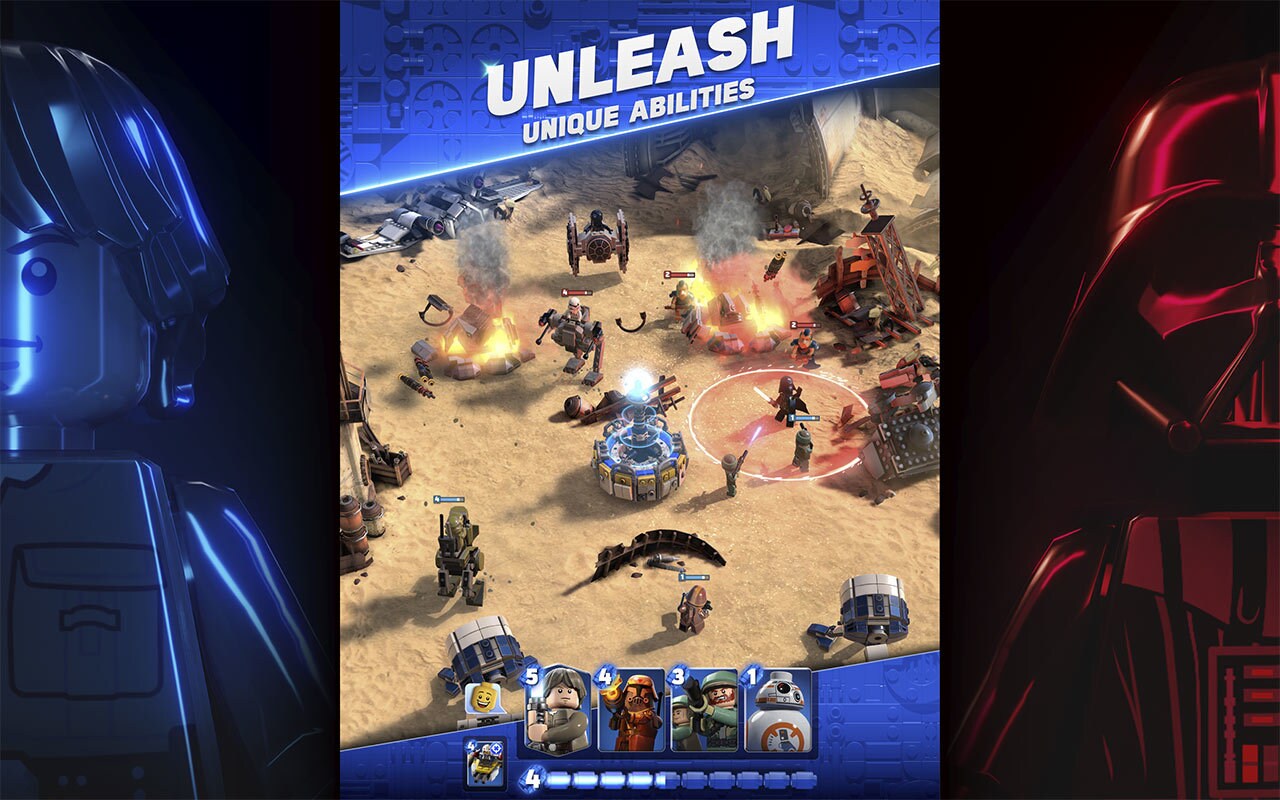 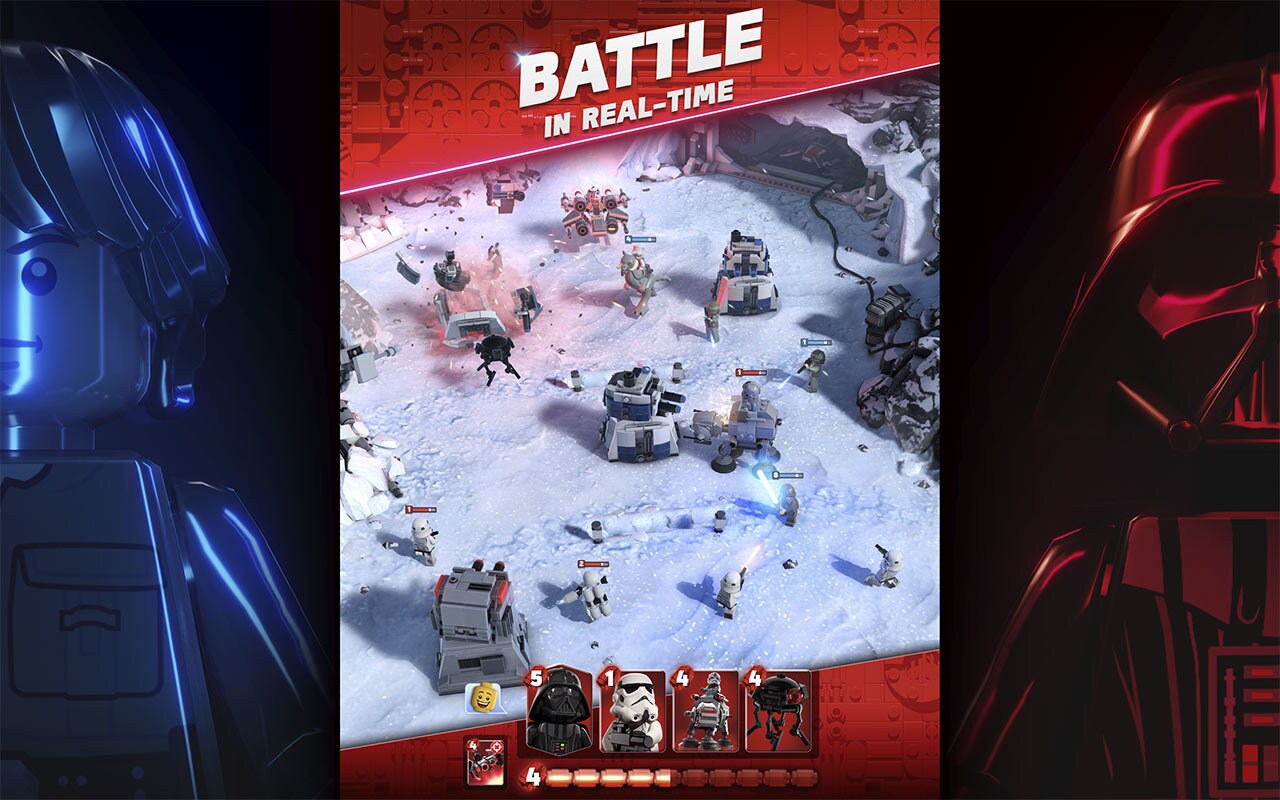