Rock and Roll Jedi: An Interview with Kasabian's Tom Meighan

The singer talks to StarWars.com about his first Star Wars memory, playing for Palpatine, and lots more.

British rock group Kasabian recently released new album For Crying Out Loud, which signaled the end of Ed Sheeran's galactic two-month reign at the top of the UK charts. StarWars.com spoke to frontman and Star Wars superfan Tom Meighan (second from left in the photo above) about his dreams of playing a gig on the Death Star, how he’d cover the cantina song, and injuring his toe on Kylo Ren’s lightsaber. Who said rock and roll is dead?

StarWars.com: Tom, how the devil are you?

Tom Meighan: I’m buzzing because Star Wars are calling me, man. I’ve been waiting for this call all my life!

StarWars.com: Well, it took you six albums to get here but you’ve finally made it!

Tom Meighan: You’ve got to! I mean, just a cameo or something.

StarWars.com: Look, don’t hang up or anything but you really are taking to the wrong guy here!

StarWars.com: But I am the right man to ask you hard hitting questions such as… Favorite new droid, BB-8 or K2-SO?

Tom Meighan: Kaytoo! He’s cocky, really cocky, and that’s why I love him. He’s like half human/half droid, he thinks like a human and just speaks his mind. 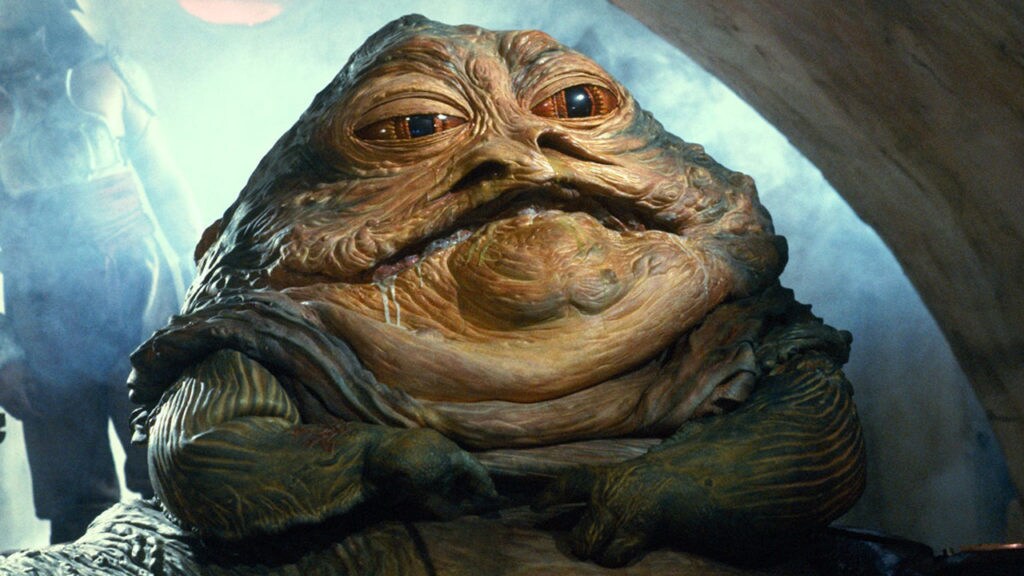 Tom Meighan: My first Star Wars memory was Jabba’s palace in Return of the Jedi. I was born in 1981 so all I remember is this horrible, fat slug-thing lying there on his throne laughing, and I remember Luke Skywalker arriving all dressed in black. That’s my first memory of Star Wars.

StarWars.com: You seem almost traumatized by the experience. Have you been having Jabba the Hutt-based nightmares ever since?

Tom Meighan: No, no. I loved it, but obviously being so young... I mean, I wasn’t born when A New Hope came out and was just a baby for Empire.

StarWars.com: Is it fair to say that you’re the biggest fan in the band?

Tom Meighan: Yeah, of course I am and they know it! They’re all fans but I’m a bit more obsessive than them.

Tom Meighan: It has to be the cantina. No, wait. Do you know what? Actually, I’m going to go with the one at Jabba’s palace, the original version! The music matters massively, people subconsciously know it, and it really wouldn’t be the same without it.

StarWars.com: Say Kasabian could be the house band at any Star Wars location, maybe a residency at the Death Star or perhaps a hip rebel bar on Hoth, where would it be?

Tom Meighan: It’s got to be playing for the Empire and the dark side! There’s something about the idea of playing in front of Palpatine, that would be amazing.

StarWars.com: But surely you wouldn’t really want to play a Death Star. History shows that those things aren’t safe…

Tom Meighan: I’d still play it, any day. "Where’s your next gig? The Death Star." Nobody messes with that! I mean, who cares if we blow up, at least we’ve lived it. [Laughs]

StarWars.com: It’s a pretty cool way to go out, I guess.

Tom Meighan: That’s what I mean, man. Performing in front of Vader and Sidious, why not! StarWars.com: Let’s talk playlists and potentially your final one. Take the cantina tune, of course made famous by the mighty Figrin D’an and the Modal Nodes, but how would Kasabian cover it?

Tom Meighan: We’d make it more up-tempo to give it a bit more hype. The place would be crazy if we played that tune. We should cover it one day, actually. Thanks for that idea. StarWars.com: Who is the most rock & roll Star Wars character?

Tom Meighan: Han Solo would be everyone’s favorite but I’m going with Calrissian. Lando Calrissian is rock and roll! He’s got the cape and that mustache, he’s a scoundrel, and that’s why I like him.

StarWars.com: Now Tom, there is an Internet rumor out there that I’d like to address.

StarWars.com: Apparently you spent 8,000 of the Queen’s English pounds on life-size replicas of C-3PO and R2-D2. True or false?

Tom Meighan: No, that never happened! I’ve got E.T., though, and I’m in the market for a Gremlin.

Tom Meighan: But I do have six lightsabers!

Tom Meighan: My daughter loves them. I’ve got Kylo Ren’s, which she dropped on my toe and because the hilt's so heavy it made me scream! That happened. I’ve also got Darth Vader’s, Luke’s, Mace Windu’s, Obi Wan’s, and Yoda’s. I don’t know where they are though. They’re all scattered around the house.

StarWars.com: So growing up as a lad, dreaming of being in a band, who would you have said was your musical Obi-Wan Kenobi?

Tom Meighan: Without a doubt it would be John Lennon and Michael Jackson. When I was young I used to watch Michael Jackson videos and dance to them on VHS! 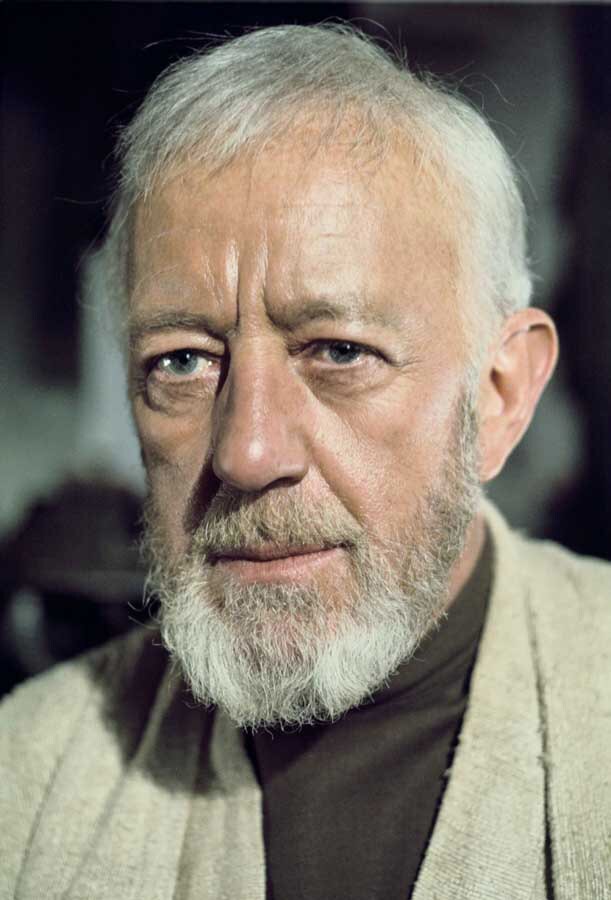 Tom Meighan: I do like Obi-Wan Kenobi, by the way. He’s like a forgotten hero at the minute. I’d love him to make a comeback.

I look like a Jedi, actually, with my beard. Or maybe I’m a Sith behind it all…

StarWars.com: You really need to stop angling for a part, Tom. I’m genuinely not the guy, for crying out loud! Which also happens to be the title of your new album. What do we need to know about it?

Tom Meighan: Well, my dad says it a lot, and Serge’s dad as well. “For crying out loud!” It’s a slang term and people can relate to it. We’ve reverted back to great pop guitar songs, just writing a song with a guitar and playing it live. That’s what we’ve done. I’m a romantic like that. We’ve had loads of electronic loops and breakbeats going on, but this album is a very human one. It’s our roadie Rick, on the front cover.

Tom Meighan: Three years in the making and it’s the best record yet! I’m very proud of our band and how far we’ve come. It’s wonderful. Listen, rock and roll has got a hole in it at the moment, right at the heart, and we need to fill it.

For Crying Out Loud is out now.