See how one family made their own grumpy astromech.

Building a completely functional replica of a droid from Star Wars isn't a simple undertaking. The R2-D2 Builders group facilitates constructing astromechs with templates, instructions, and helpful advice, but it's definitely the kind of project that requires a commitment. If you want an astromech but aren't married to the idea of making it screen-accurate or giving it moving parts, there are other options. LEGO bricks are one way to go. Everyday household objects you can find at your local hardware and craft stores are another route. In this instance, choosing the simpler path doesn't mean you're crossing to the dark side.

Sandy and Ariane Kamps, toy store co-owners and parents of four younglings, used the everyday-object method to make their very own Chopper. The Star Wars Rebels droid is known for being gruff and sassy, but his taciturn demeanor doesn't keep fans from falling head over heels for him. The Kamps' three-year-old daughter is in love with Chopper, so it was only natural that they decided to make a replica. 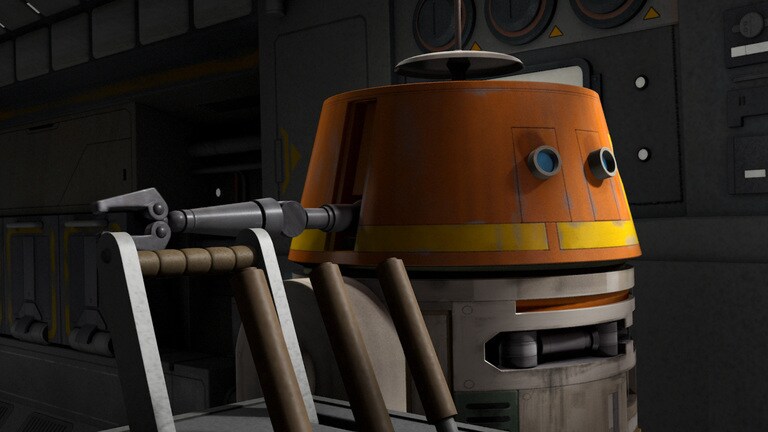 The Kamps have a long history with Star Wars. One of the first movies Sandy saw was Return of the Jedi. He says, "Star Wars has always been a part of my life, but believe it or not, the best memories I have from Star Wars were watching the Ewoks movies and listening to Planet of the Hoojibs book and cassette, as well as owning approximately five million of the original action figures!"

Ariane discovered Star Wars in a different way than most people. "No one in my family was into sci-fi, so I began my journey at the library," she says. "The thing that led me to Star Wars was my interest in the practical special effects and sound effects. I read about how groundbreaking Star Wars was so I checked it out of the library. I guess it's a pretty nerdy thing for an 11-year-old girl to do, but being homeschooled, I was able to follow my interests. I continued to read about the making of the movies and the fiction of the saga until I got too busy in my late teens and had to put it aside."

They're passing the Star Wars torch to their children. Sandy says the kids -- ages three, four, six, and seven -- started watching Star Wars Rebels after they saw the trailer for The Force Awakens. In fact, that trailer helped push the kids into total obsession territory. Ariane thinks Star Wars Rebels is a fine introduction to the universe. She explains, "It's been a great show for all our kids of all ages to rally around. They got into it right away, which was fine by us since it's not an irritating cartoon with squeaky voiced characters. The show is complex enough an adult can sit and watch it without feeling like it's a waste of time, and it's nice that each episode addresses sacrifice, empathy, and self-discipline. What parent's going to say no to that?" 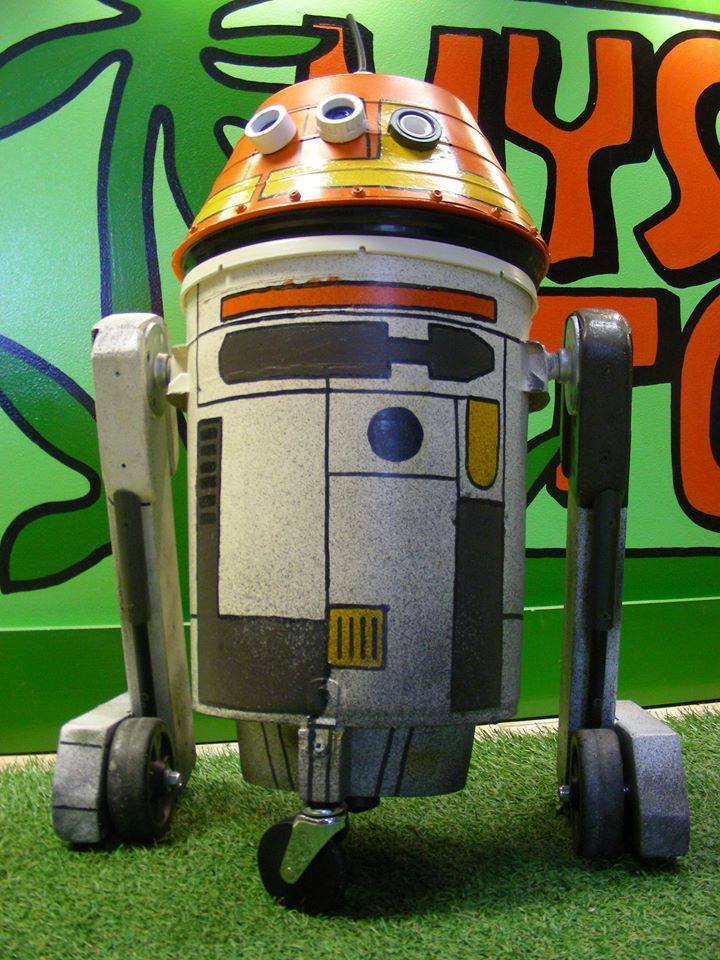 As mentioned, their youngest adores Chopper. Sandy and Ariane decided to make the droid as a last minute Christmas present. And by last minute, I mean they came up with it on December 23. "It took, all together, about two solid days of non-stop work to build and paint and was presented to our kids the afternoon of Christmas day," Sandy says.

Sandy used a mishmash parts to create the droid. Chopper's main body is made from a five-gallon pail he modified, the bottom and lid of five-gallon pails, and the remains of a plastic bowl. It's all held together with "a sturdy metal and plastic skeletal structure that runs the height of his body and head, to which his legs (made from lumber and irrigation parts) are attached."

It won't shock you to learn the kids loved Chopper. Sandy shares the details of their reaction: "They were either shocked into a contemplative reverence or in ecstatic disbelief. Whatever they were thinking, they were keeping their distance at first, apparently not sure if it was a real droid from another galaxy or just a really cool one-of-a-kind toy that their sleep-deprived father had built. After a couple minutes, however, they were rolling him around the living room playing Rebels and our three-year-old daughter was even kissing him on what she reasoned were his lips and saying 'I wuv you, 'Taw-per.'" 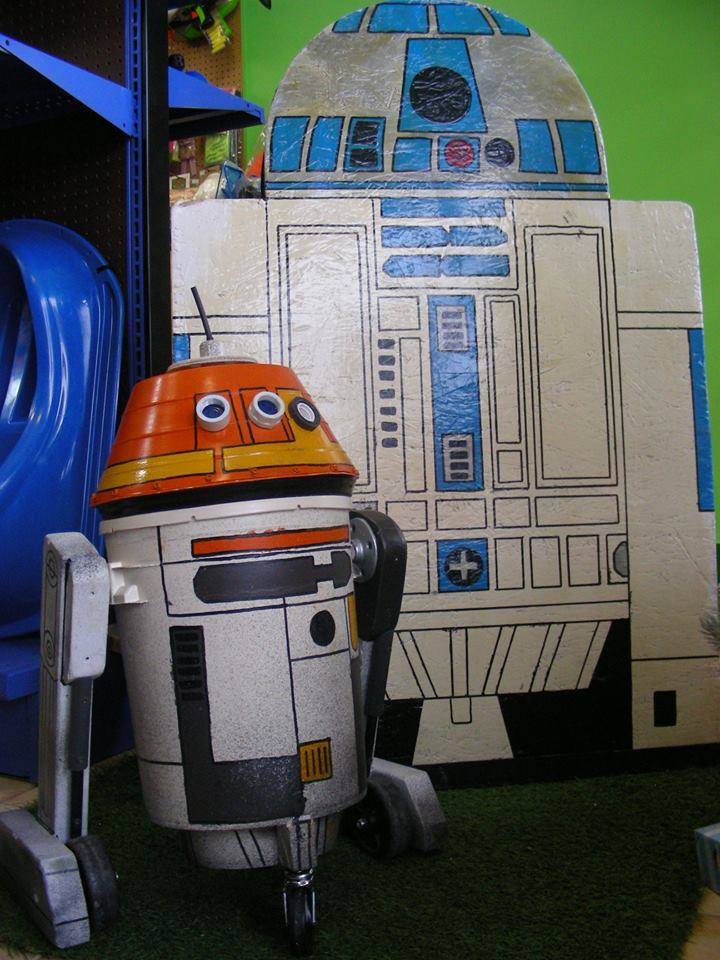 Awww. That sound you just heard was my heart turning into a pile of goo. I don't think Chopper would mind being the source of that much love.

Chopper has become a fixture around the Kamps household. Ariane says, "He hangs out in the living room like a pet dog and watches Rebels with us. Sometimes he's involved in lightsaber battles..."

I know where I'm going to watch Star Wars Rebels next week.