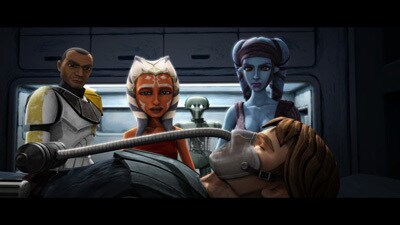 When Anakin is gravely injured in battle, Jedi General Aayla Secura must teach Ahsoka the Jedi philosophy of having no personal attachments. 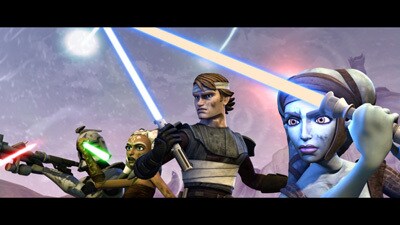 While the Jedi combat a new Separatist weapon, the pacifist Lurmen must decide whether they will lay down to the oppressive Separatists or fight with Anakin, Ahsoka, and Jedi general Aayla Secura.

This duology involves a colony of Lurmen, a lemur-like species, on the world of Maridun. Concept art of this species was originally designed for Revenge of the Sith but this episode marks their first onscreen appearance and introduces the species name. Expanded Universe fans might recognize the name Maridun as the home of the Amanin species.

Aayla Secura, who makes her series debut, was the first EU-developed character to appear in the films. Commander Bly, who serves under her up through Revenge of the Sith also make his series debut.

This marked the first broadcast appearance of the tactical droids seen throughout the series, though chronologically, they’ve been around since the first episode. The defoliator weapon seen in this story arc appears again in Season Four. 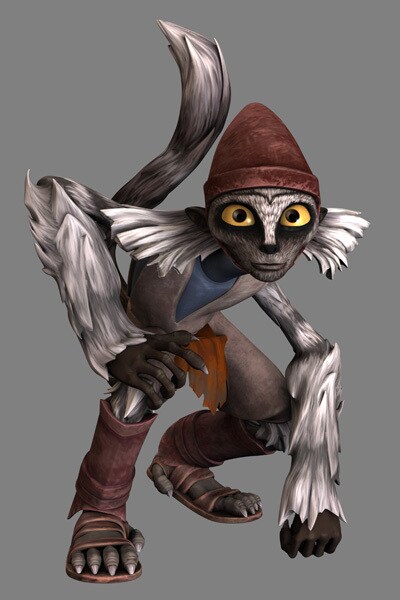 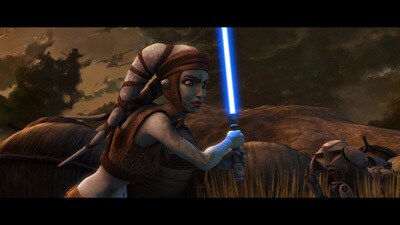 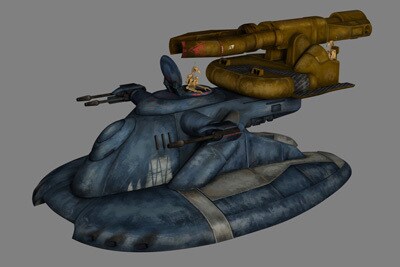 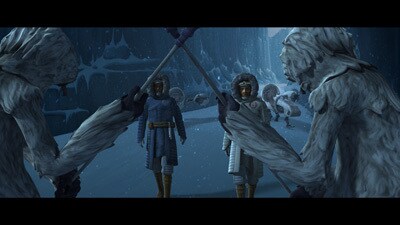 While investigating the disappearance of a clone security force on a desolate ice world, Anakin and Obi-Wan get caught in the middle of an escalating conflict.

This episode marks the first appearance in the series of the blue-skinned Pantoran people who made their film debut in Revenge of the Sith as cameos by George and Katie Lucas. Pantoran senator Riyo Chuchi has a consistent presence throughout the series. The Talz species originates from a background character in the cantina in A New Hope. The narglatch creatures ridden by the Talz originated as concept art for creatures on Naboo in The Phantom Menace. We’ll see a narglatch again in Season Five. Pantoran chairman Chi Cho will get a replacement. 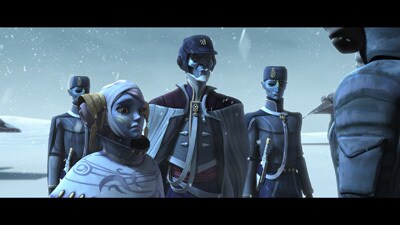 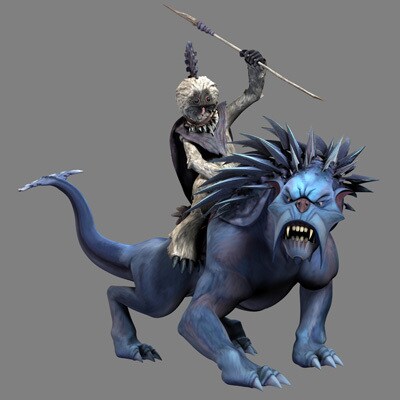 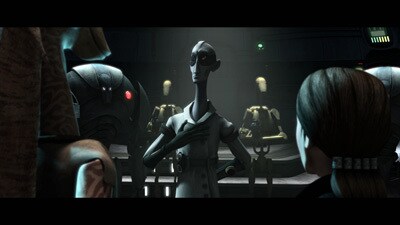 Padmé and Jar Jar are captured while searching for a secret Separatist bio-weapons lab, sparking Anakin, Obi-Wan, and Ahsoka to try and save their friends and halt the release of a deadly virus.

This episode is the first of a two-part story arc involving a biological weapon being developed by the Separatists in a secret facility on Naboo. The current Naboo queen, Queen Neyutnee, joins a revolving door of Naboo queens who succeeded Queen Amidala, which included Queen Jamillia from Attack of the Clones and Queen Apailana from Revenge of the Sith. Even by the time of Season Five, the Separatists still haven’t developed a defense against the robo-lobotomy tactic of gathering information from a severed droid head. 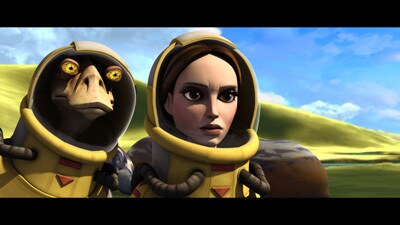 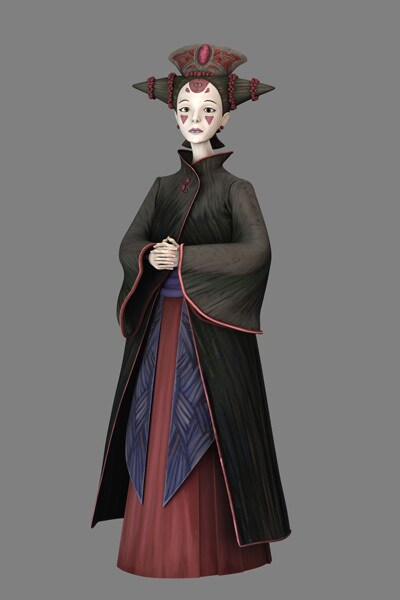 Check out StarWars.com to see the latest syndicated episodes along with the list of US stations on which The Clone Wars appears.

Star Wars Inside Intel: The Creation of the Clone Army