Discover which line hearkens back to Star Wars: The Clone Wars and more!

Star Wars Resistance is here! The animated series follows Kazuda “Kaz” Xiono, a young pilot recruited by the Resistance and tasked with a top-secret mission to spy on the growing threat of the First Order. Visit StarWars.com following each episode for “Bucket’s List Extra,” an expansion of our weekly fun-facts video series Bucket’s List. In this installment, we look at “The Doza Dilemma.”

The phrase  “It’s so wizard!” has come back into vogue, apparently, or perhaps it never fell out of style since first being heard in Star Wars: The Phantom Menace (courtesy of Kitster), set over 60 years earlier. 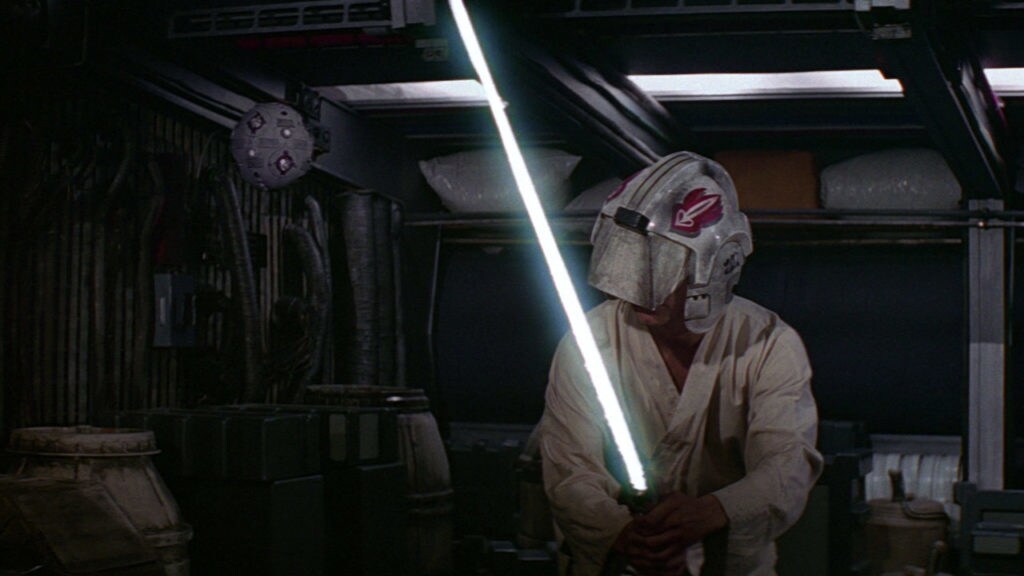 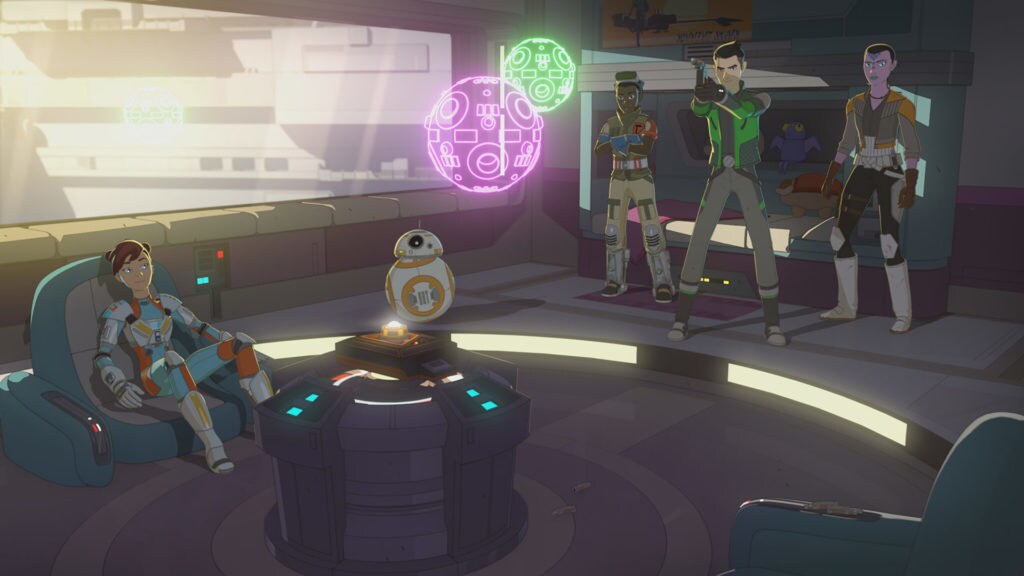 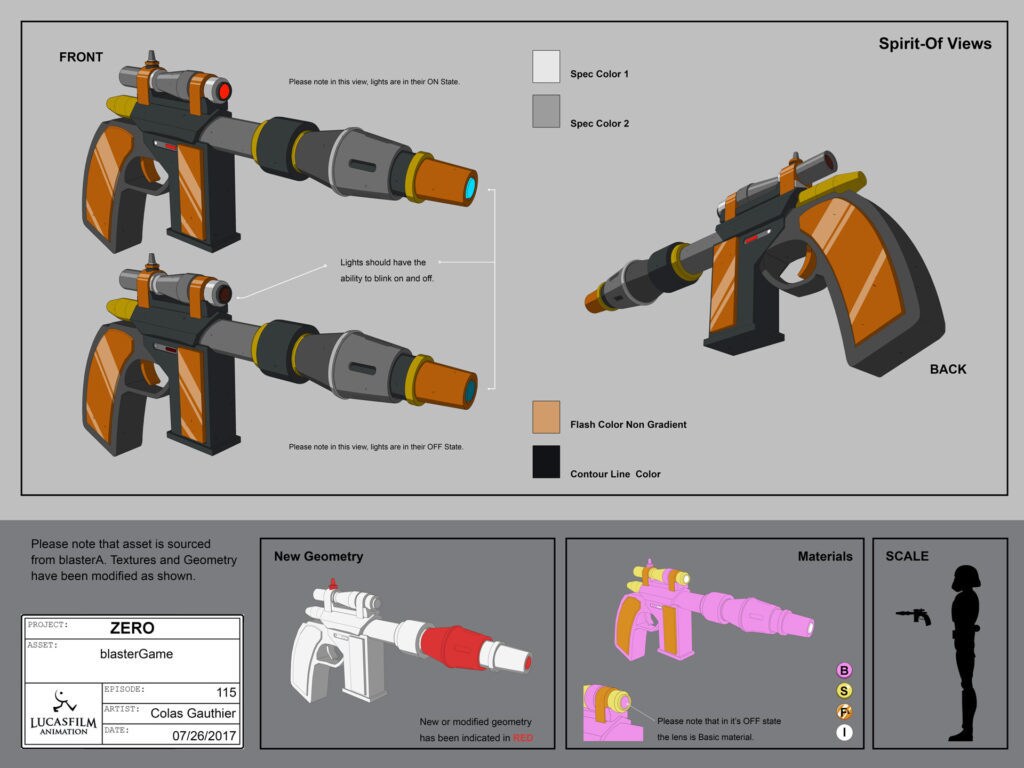 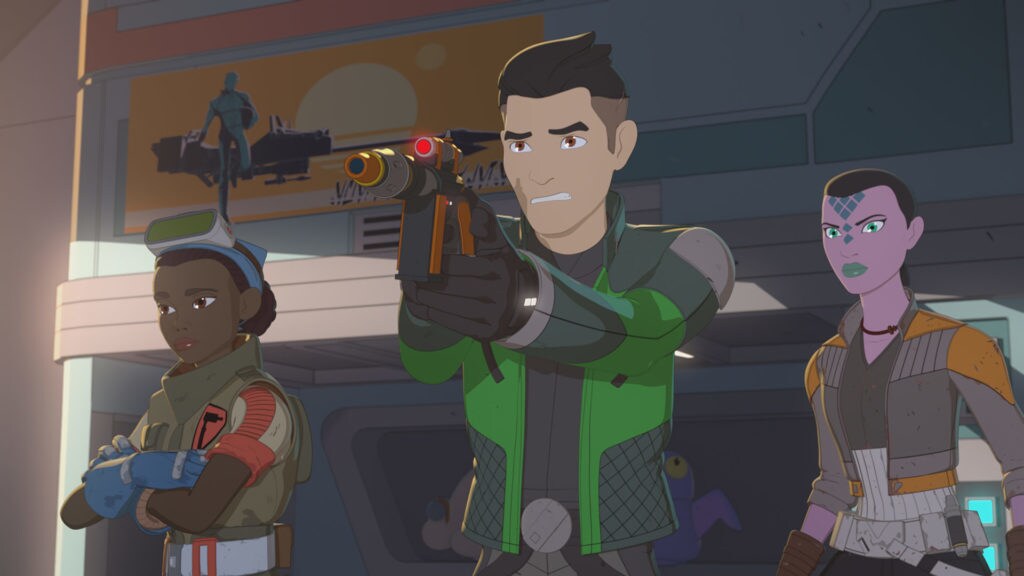 The blaster used with Torra’s hologame has plastic orange parts, and a prominent orange tip on the barrel -- a safety feature found on toy guns in our galaxy.

4. Synara might be strong enough to pull the ears off a...

The pirate spy Synara remarks on having learned to shoot while with her father on Vanqor. Perhaps they were hunting gundarks? We’ve seen the crystalline world of Vanqor and its native gundarks several times in Star Wars: The Clone Wars. 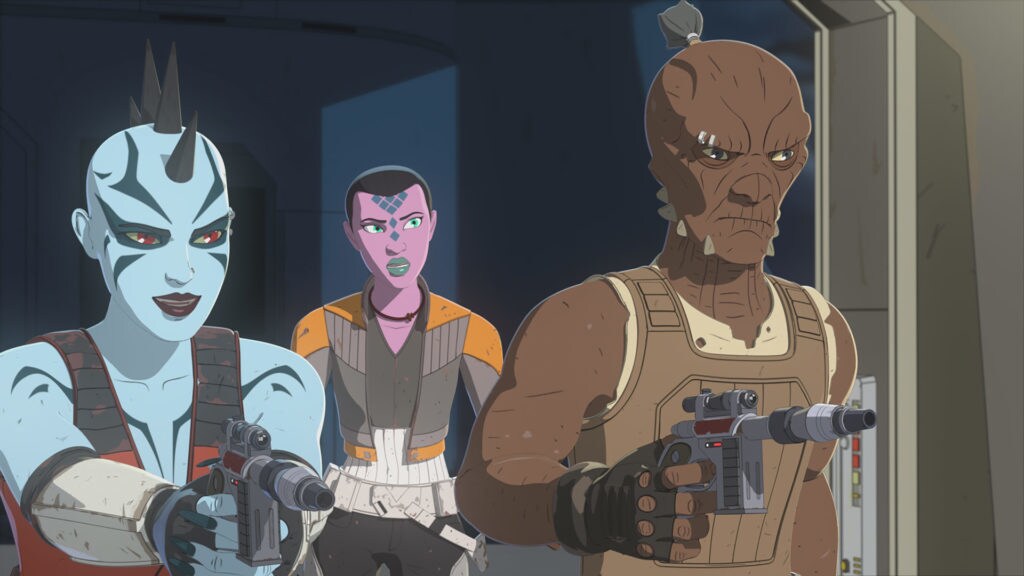 With her long, bony fingers and chalk-white skin, Valik is the same mysterious species as Aurra Sing, a bounty hunter glimpsed in Star Wars: The Phantom Menace who appeared several times in Star Wars: The Clone Wars. 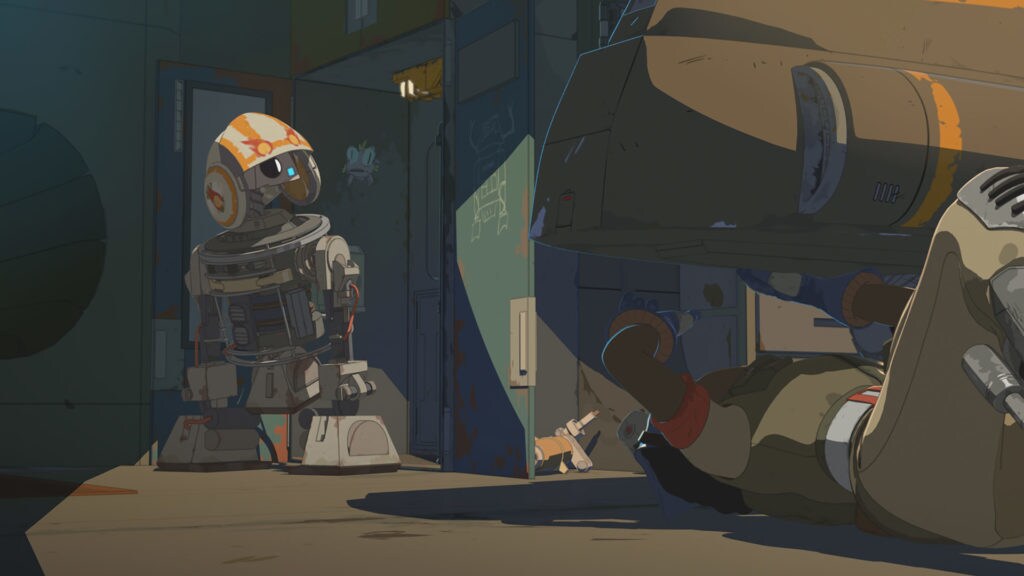 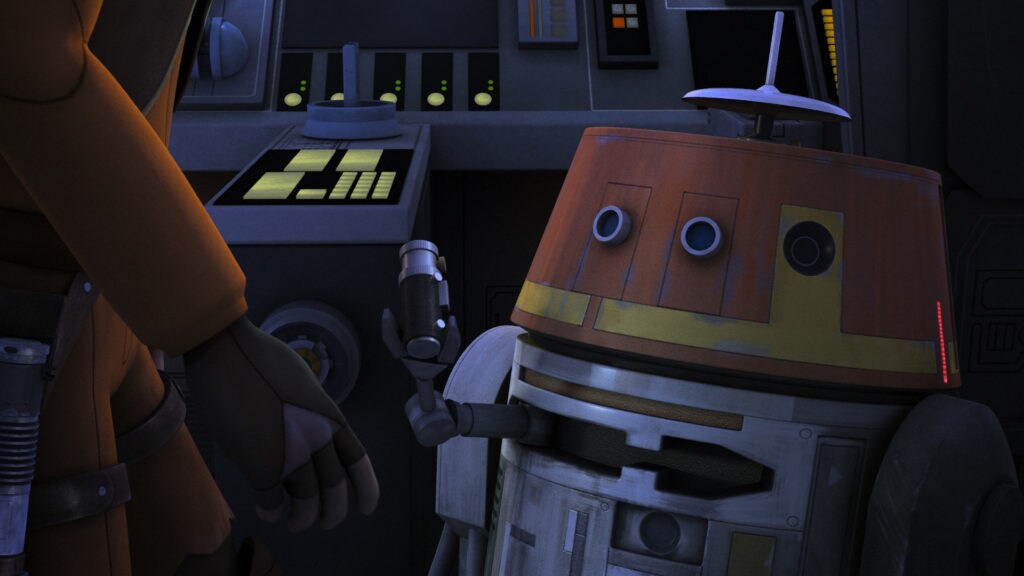 There’s a crude drawing of a C1-series astromech droid (you know, like Chopper on Star Wars Rebels) on the inside of Bucket’s closet. 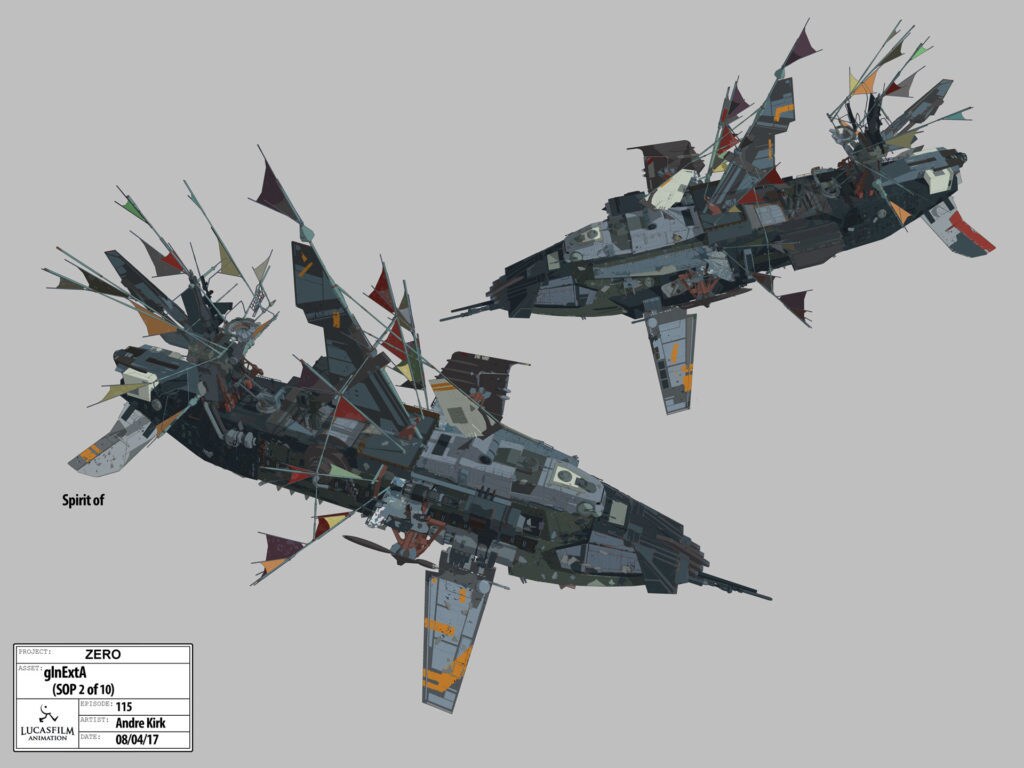 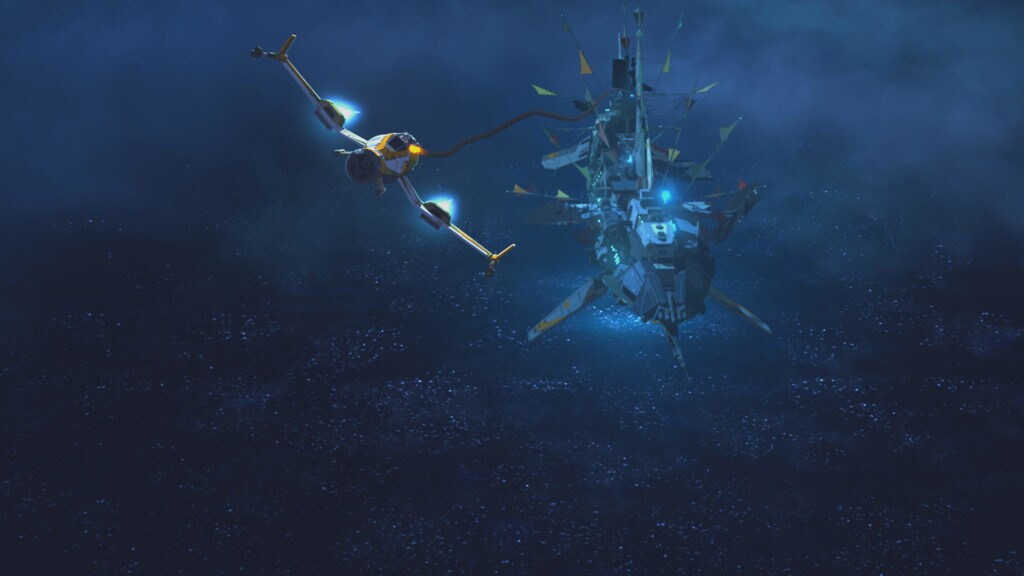 7. Made from genuine recycled Imperial materials.

Likewise, looking closely at Kragan’s pirate ship, the Galleon, reveals various bits of repurposed technology cobbled together that make up its parts. Kragan’s crow’s nest is a hollowed out AT-TE foot on an articulated leg; Lamdba-class shuttle wings stabilize the craft; and its main hull seems to be made out of an old AT-AT body.

Bonus Fun Fact: The overall shape and silhouette was based off of a shark, and the lead Lambda-class pirate shuttle locks onto the back to complete the back fin. There are several ports and docks for all of the other pirate fighters, swoops, and skiffs to attached for easy deployment. It has a massive arsenal of guns and cannons, and the sails and wings can fold down.