Learn which original trilogy sound effect can be heard in this episode and much more!

Star Wars Resistance is here! The animated series follows Kazuda “Kaz” Xiono, a young pilot recruited by the Resistance and tasked with a top-secret mission to spy on the growing threat of the First Order. Visit StarWars.com following each episode for “Bucket’s List Extra,” an expansion of our weekly fun-facts video series Bucket’s List. In this installment, we look at “Station Theta Black.” 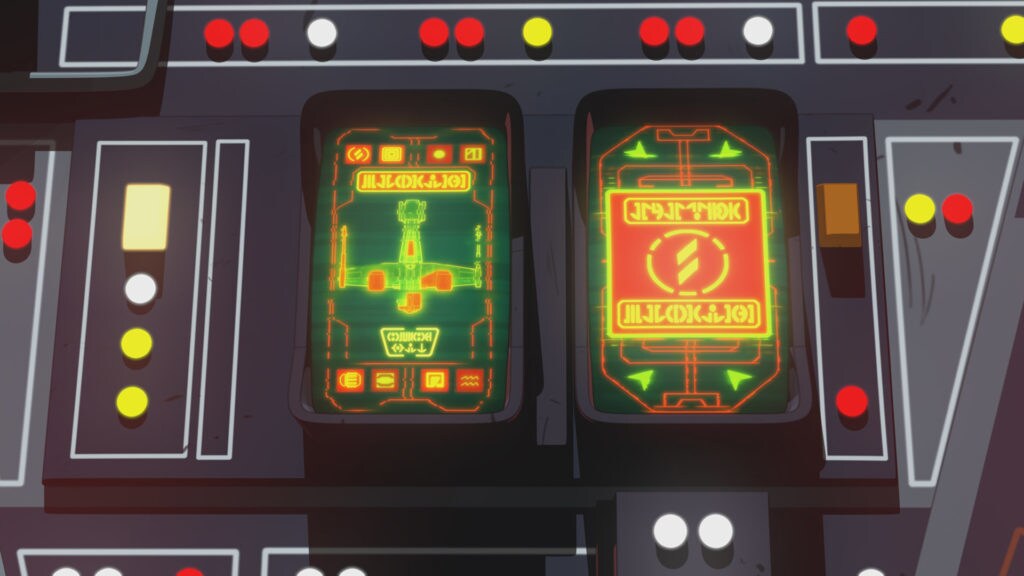 The hazard screens aboard the Fireball display their information in the same typeface that Trade Federation computers use in Star Wars: The Phantom Menace. As Kaz’s systems start failing, these screens blare “SYSTEM WARNING.” Credited in this episode is Darren Marshall, who sculpted the character maquettes for the show. Not only were his maquettes used as guidelines for the final design sheets, but his sculptures were then 3D scanned and used as the basis of the actual show models. The first characters to go through this process were Poe and Leia. In the show, General Leia Organa is wearing the same ring as in Star Wars: The Force Awakens and Star Wars: The Last Jedi. Pictured above are Leia's final jewelry designs for Resistance. 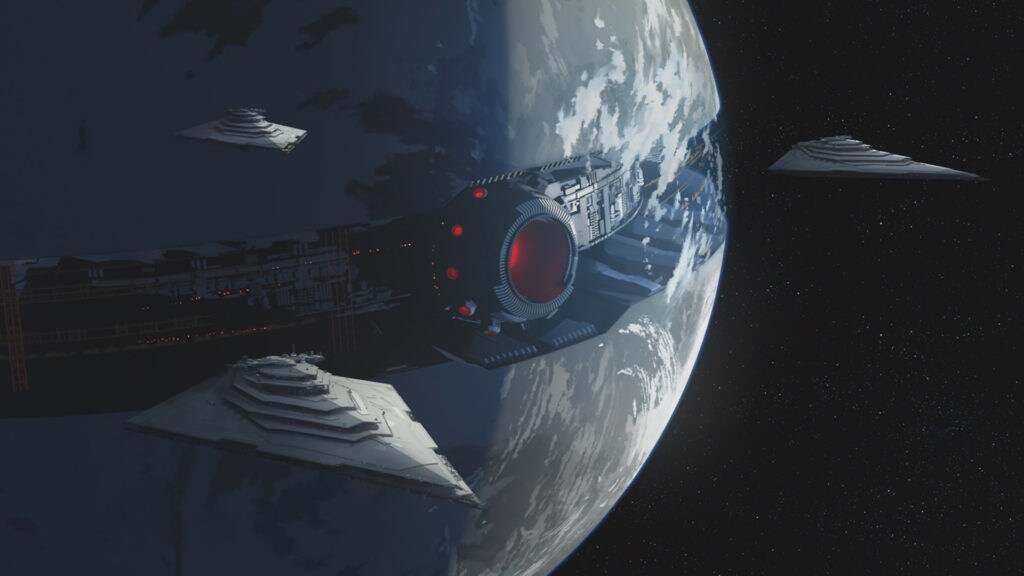 4. Not so unknown anymore.

The Unknown Regions are a huge expanse of uncharted space that lies beyond the Western Reaches. It is where the bulk of the First Order military forces are hiding from prying eyes prior to the events of Star Wars: The Force Awakens. 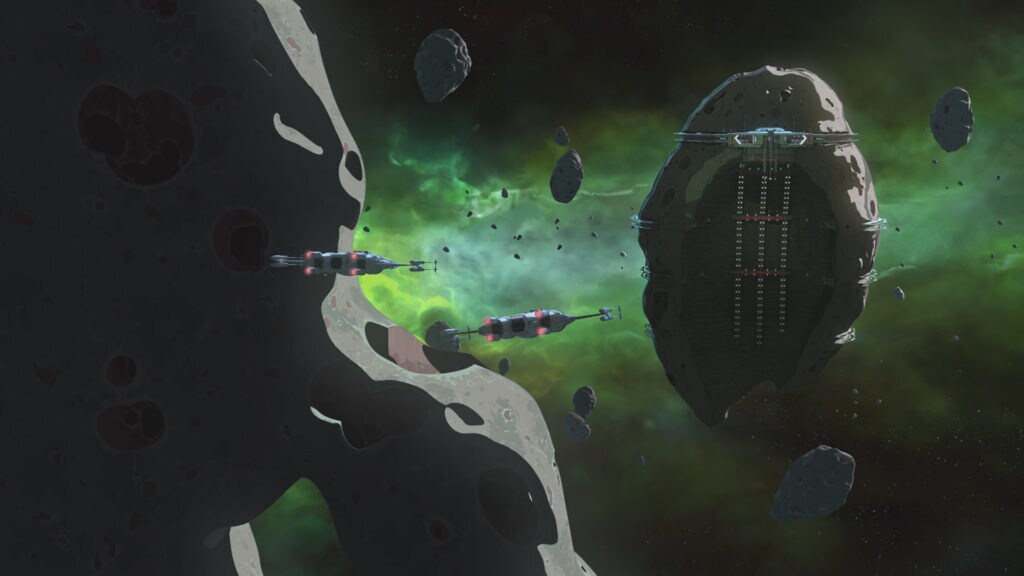 5. Station Theta Black, inside and out.

As Art Director Amy Beth Christenson tells StarWars.com, there are several visuals on the exterior of the asteroid base to reinforce the story point that the asteroid has been mined completely. There are huge drills outside the base that have hollowed out the asteroid almost to a thin shell, while trench-like support structures have kept the asteroid from breaking apart. The interior of the base consists only of huge hangars for shipping the dedlanite and a few hallways leading to a command center. 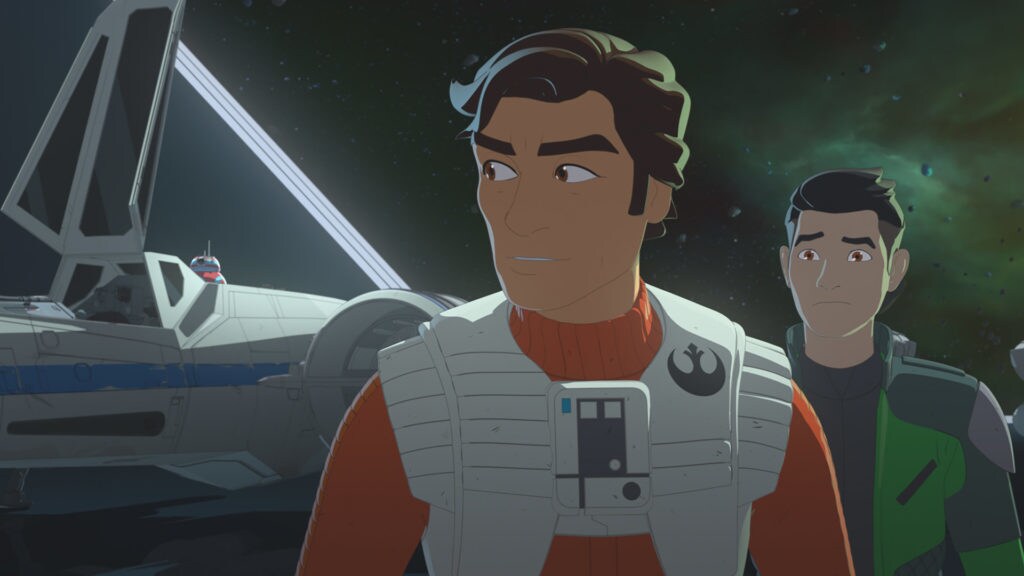 Kaz frets that he and Poe may be "sitting ducks" -- which is not the first mention of the animals in Star Wars. Captain Panaka worries about Queen Amidala’s ship being a sitting duck as it runs the Naboo blockade in Star Wars: The Phantom Menace. Many years before that, in the original novelization of the first Star Wars movie, Obi-Wan described to Luke that even a duck must be taught how to swim. Luke responded, “What’s a duck?” 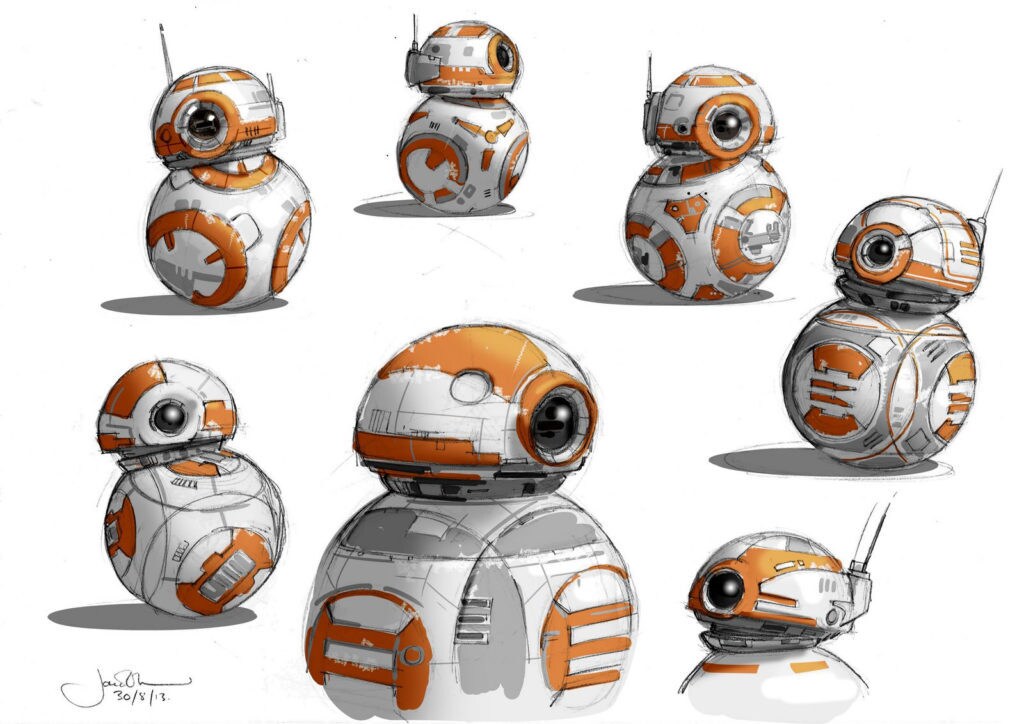 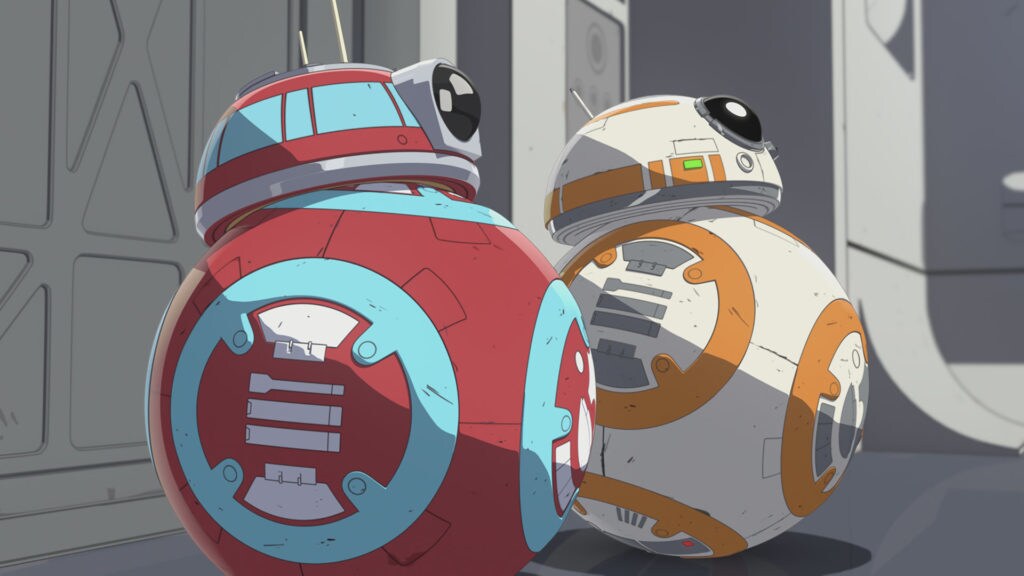 Both CB-23 and BB-8 received their stylized visual cues from early concept art from Star Wars: The Force Awakens. CB’s flat-top head is taken from an unused movie concept, while BB’s larger head and eye proportions were from an earlier study, as well. The First Order sentry droid appears in the background of Star Wars: The Force Awakens and Star Wars: The Last Jedi, but its fold-out weapons were specifically designed for this episode. Star Wars Battlefront II had the honors of revealing this design first, however, in December 2017 as an expansion to their game. 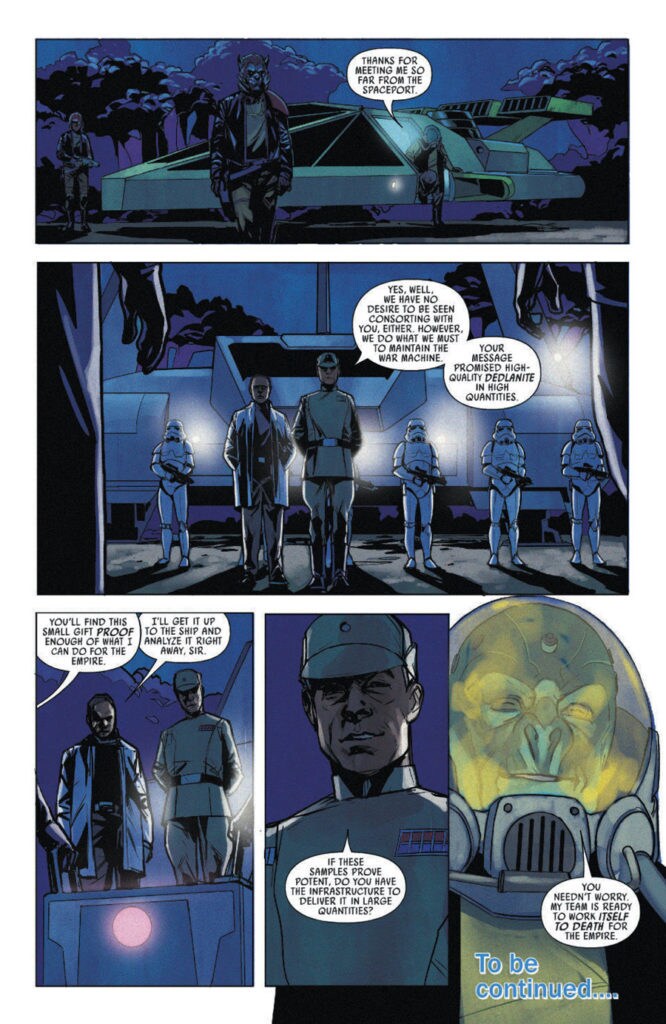 Dedlanite is a mineral found on different worlds scattered across the galaxy. It first appeared in the 2015 Marvel Comics mini-series Chewbacca, in the beetle caverns of Andelm IV. 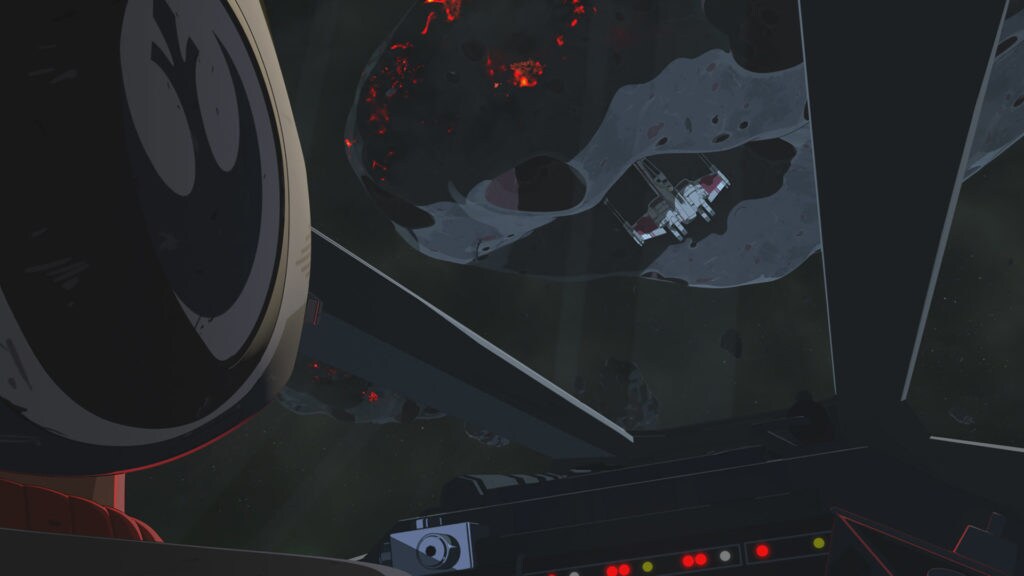 When Poe uses his scanners to search for any life-sign readings of Kaz in the asteroid debris, his instruments make the same sound that the snowspeeder looking for Luke Skywalker and Han Solo after a Hoth blizzard make in The Empire Strikes Back.