Find out which vehicle was inspired by a Star Wars: The Clone Wars design and more!

Star Wars Resistance is here! The animated series follows Kazuda “Kaz” Xiono, a young pilot recruited by the Resistance and tasked with a top-secret mission to spy on the growing threat of the First Order. Visit StarWars.com following each episode for “Bucket’s List Extra,” an expansion of our weekly fun-facts video series Bucket’s List. In this installment, we look at "Synara's Score." The CoMar tri-tracker chip is an obscure piece of artillery first mentioned in the Imperial Sourcebook, a roleplaying game supplement published in 1989. The tracking chip is a component thereof; earlier versions of this story described it as a TGV-3 artillery tracking chip. Orka jokes that he has a supply of kyber crystals; these are the rare, living crystals that focus the energy to create lightsaber blades, and have been seen in Star Wars: The Clone Wars, Star Wars Rebels (above), and in Rogue One: A Star Wars Story. An alternate version of his line was that he had a “crate full of lightsabers." The dock worker Synara knocks out in the opening is named Orthog. He is a recurring background character dating back to the very first episode. 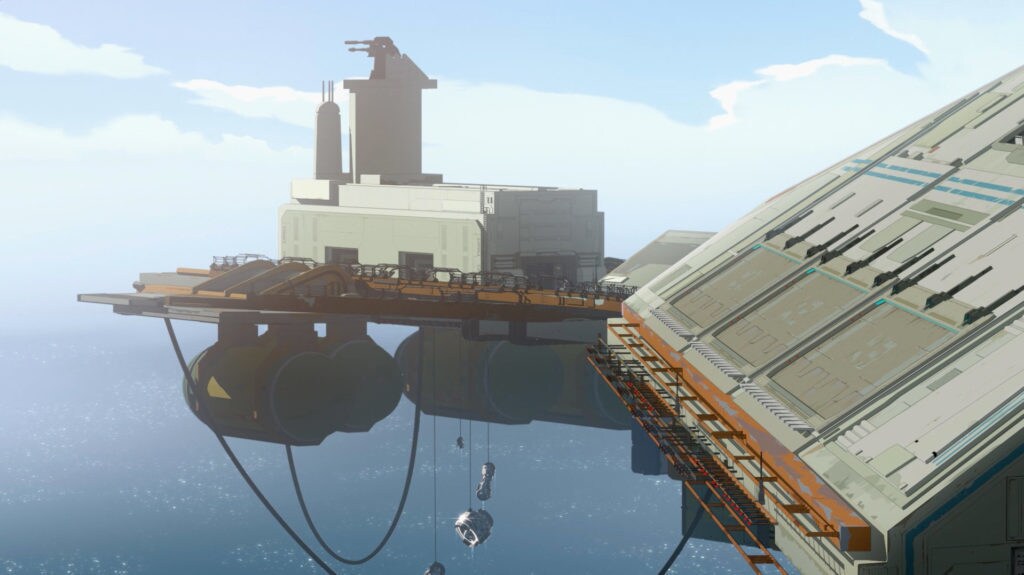 In this episode, we get to see into the salvage yards for the first time. The salvagers work out of a giant warehouse, located at the extreme ends of the Colossus, above the fuel tanks. A huge machine on rail tracks (rigged with multiple cranes, cables, and droid arms) was designed to help bring in the heavier items. It handles anything from large off-world shipments to salvaged wreckage from the Castilon oceans. 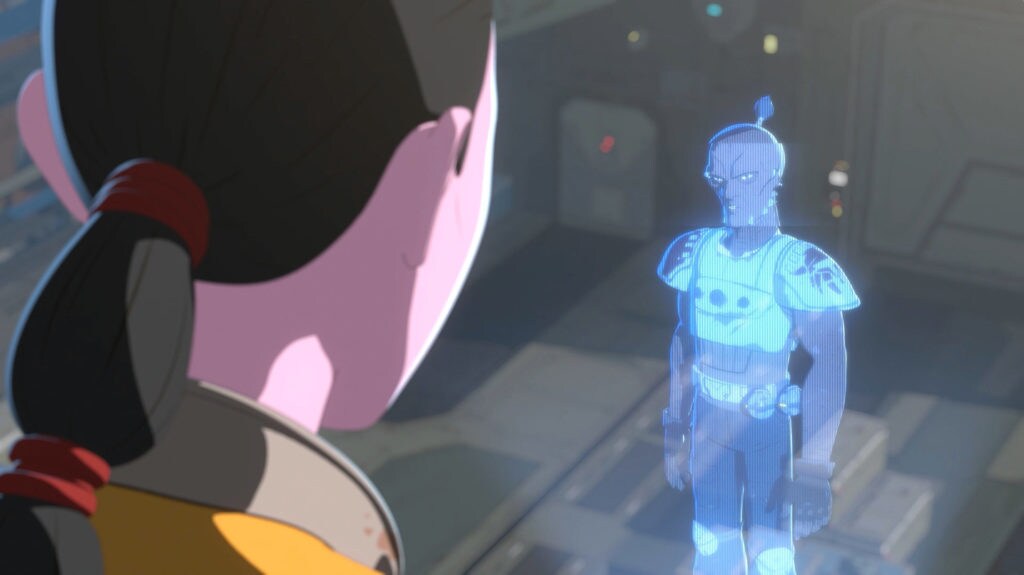 One of the higher-ranking pirates in Kragan Gorr’s gang, Drell was designed as a Weequay with an attitude problem. He also sports stormtrooper variant armor, with Kragan’s pirate symbol painted on one shoulder pad. Drell is usually armed with thermal detonators -- functional accessories in pirate fashion! 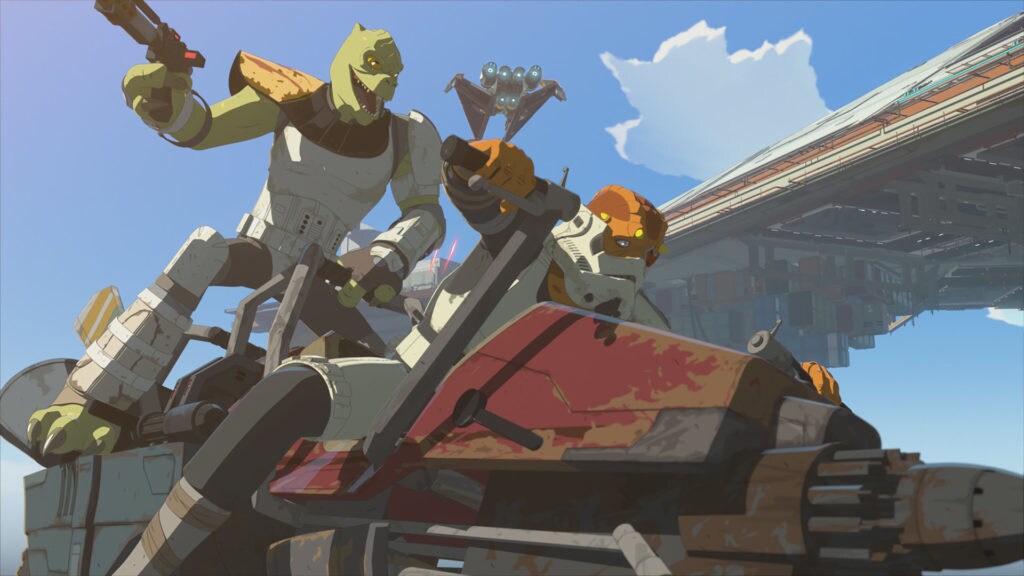 While we’ve seen the lead Lambda-class shuttle and the other chop-shopped fighters that Kragan Gorr’s pirate crew use to attack the Colossus, this episode gives us the first glimpse of some of their other arsenal pieces. These include vibro axes and heavy two-seater swoop bikes. 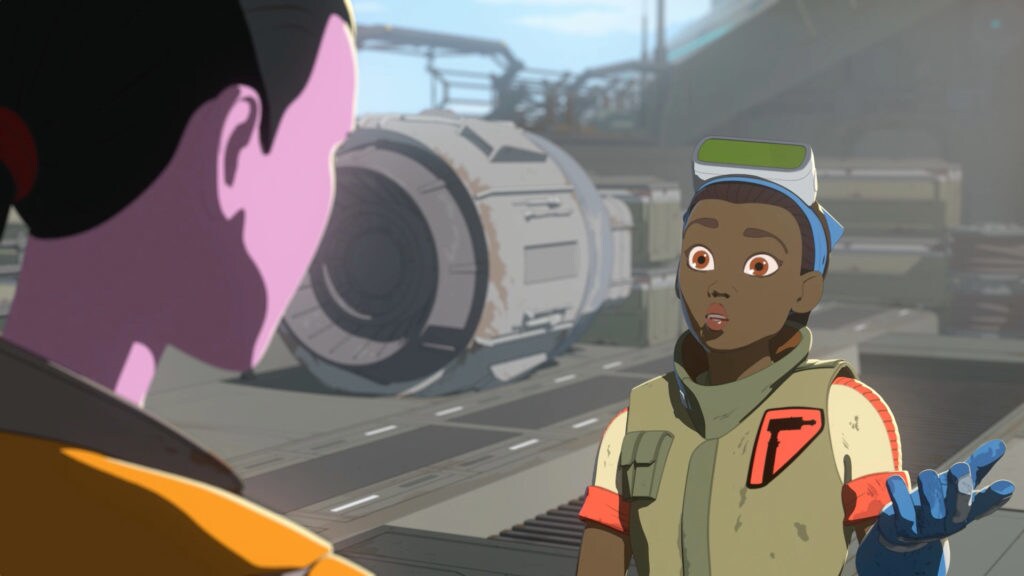 Tam makes reference to an old VF-72 gunner ship as possible salvage, a nod to a US Navy aviation unit during World War II. 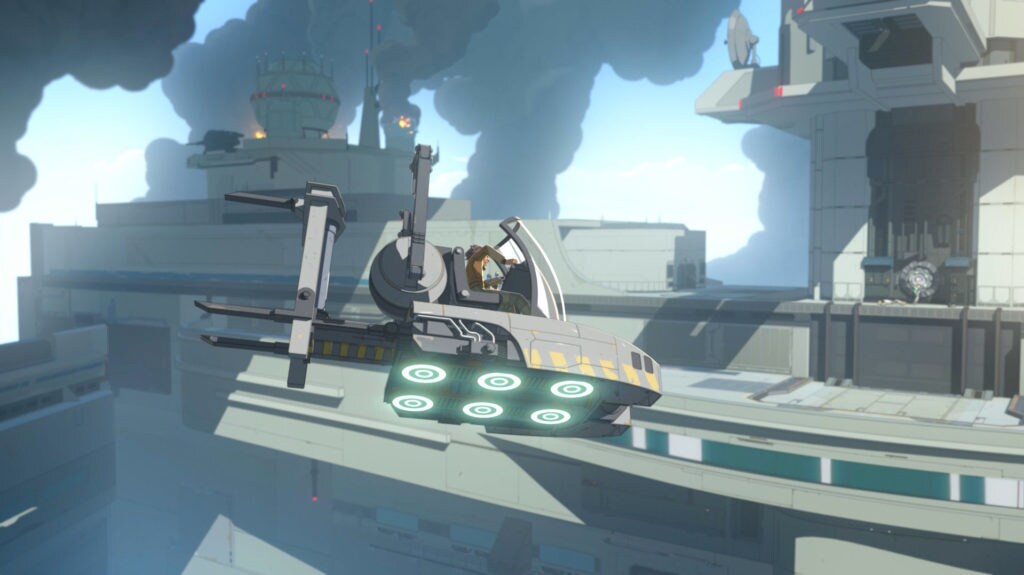 The hoverlift design is based on one developed for Star Wars: The Clone Wars. The repulsorlifts on its underside have three power settings, reflected in the brightness of the illuminated rings.

Bonus fun fact: Yeager's grizzled "Get off my lift!" is a homage to Harrison Ford's classic line, "Get off my plane!", from Air Force One.