In celebration of Hispanic Latinx Heritage Month, one StarWars.com writer looks back at the impact of Star Wars on his life and the saga's relationship with his culture.

I remember the exact moment. My mom looked at 12-year old me with a face that was equal parts disbelief and indifference. "No se llama Arturito?" she asked.

"No, his name isn't Arturito," I responded. "It's R2-D2." Turns out my mom, like many Latin American parents of kids born in the ‘70s and ‘80s, thought everyone's favorite astromech droid was named Arturo (Spanish for Arthur) and affectionately nicknamed Arturito (Little Arthur).

In the original Latin American Spanish dub for Star Wars -- or La Guerra de las Galaxias as the film was known in the Spanish-speaking world (literally "The War of the Galaxies") -- some of the names of our heroes, villains, planets, and ships were translated (many quite literally) while others simply weren't. In Spanish, the Millennium Falcon is el Halcón Milenario. Someone along the way decided that R2-D2 was not to be translated. So when you say his name in Spanish, it does in fact sound like you're saying Arturito.

This Hispanic Latinx Heritage Month has had me thinking about what a static constant Star Wars has been in my life and yet how, like all great myths, Star Wars has grown and evolved dynamically with time (no matter what language you're experiencing it in).

I've spent my life happily code switching between English and Spanish and between North and Latin American cultures. I was born in Boston but spent a significant portion of my childhood with either my Venezuelan grandparents in Caracas or my Cuban grandparents in Miami. Spanish was spoken almost exclusively at home and English was how I navigated the outside world. Due to my dad's job, my family relocated every few years; I went to three high schools in four years on three different continents. Life was always in motion.

While the reality of my upbringing forced me to adapt to most new situations, and to always be the kid who proactively introduces themselves first, it was always hard having to make new friends every other year. Among the very few constants in my upbringing, however, was Star Wars.

No matter where life took me, Star Wars was always there. Star Wars was a connection to my family back "home" and a way to meet new friends. When I was around them, my extended family always used Star Wars as a basis for some outing or activity and no matter what new situation I found myself in, I could always find someone who loved Star Wars as much as me; that shared fandom would serve -- time and time again -- as the foundation for new friendships. 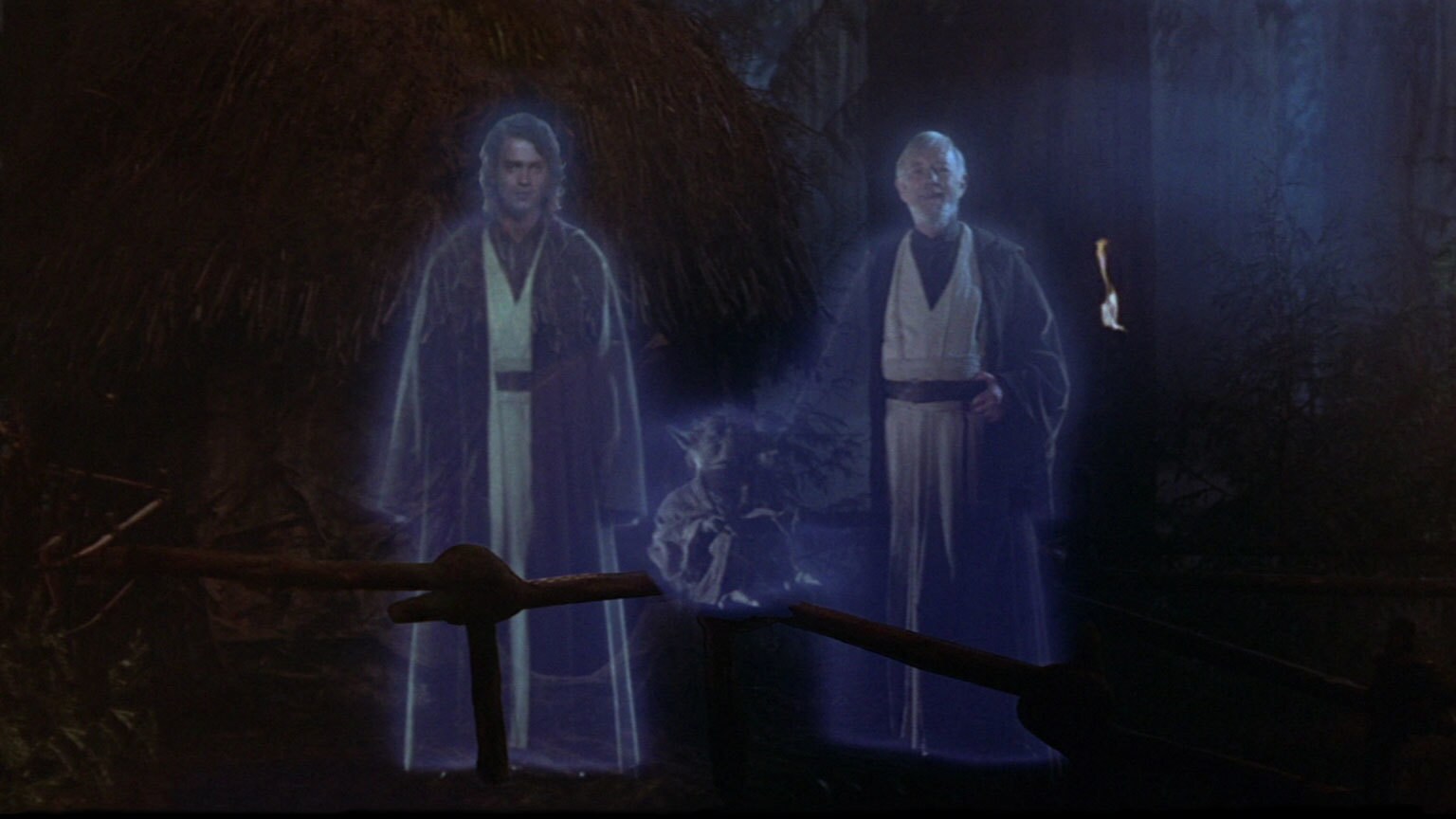 When I was 15, my family was living in the Middle East, and at the time there was no English-language high school where we lived, so off to boarding school I went. That first weekend at my brand-new school, someone had organized a marathon of the newly released Star Wars Special Editions on VHS. Of course, I went. There I was front and center, enjoying my millionth rewatch of the original trilogy when I made a strategically-placed comment, out loud, regarding a newly tweaked scene in Return of the Jedi. A girl named Jordan overheard my comment and immediately contradicted me. We of course started a friendly if somewhat raised discussion. That discussion resulted into a great friendship, now more than 20 years old.

Star Wars truly transcends time and space, not just in my personal story but for most of us, connecting people across generations, cultures, and experiences. No matter if you watched La Guerra de las Galaxias in Mexico City when it premiered there in November 1977 or if you're a new Scotland-based fan getting hooked through Star Wars: The Bad Batch on Disney+, most people have a personal connection and, of course, an opinion or two. Star Wars is a contemporary myth that binds us all.

Like all great myths, Star Wars ebbs, flows, and updates with the times. What started as a fantasy film with a modest budget aimed primarily at young American audiences, has evolved to be more inclusive and universal. There's arguably no more noticeable an example of Star Wars' dynamic and constant growth than the individuals who are currently responsible for making it. Representation, both in front and behind the camera (as well as across literature, toys, and video games), has come a long way since the 1970s and Star Wars is better for it.

Star Wars has become far more inclusive since 12-year-old me was enlightening my mom (whether she wanted to be or not) on the finer points of droid nomenclature. The humans that socialize in today's Star Wars cantinas are becoming as diverse as the alien clientele. Given my particular family background, the impact of seeing and hearing diverse actors can't be overstated. The significance and power of Diego Luna's Spanish accent in Rogue One: A Star Wars Story was a particular inflection point; this detail may have gone over many people's heads but I guarantee you it made Death Star-sized ripples in some fan communities. My mom, who speaks English with a beautiful Spanish accent, made it a point to note that she never hears people who sound like her in major Hollywood movies. Luna's accent was both a point of pride for me personally and an acknowledgment to the millions of fans from all over the Spanish-speaking world who love “Arturito" madly. 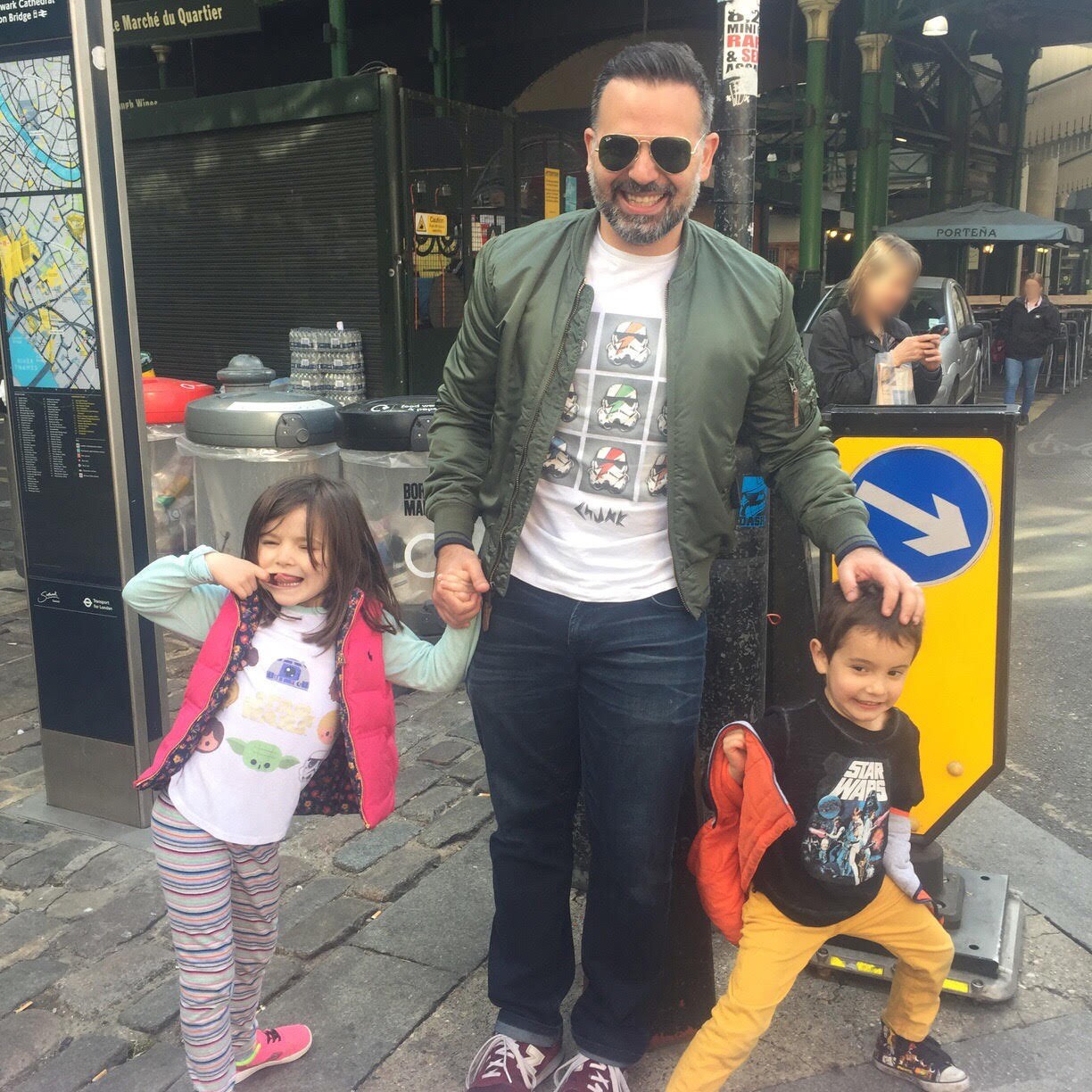 In many ways, I ultimately think that this is what makes Star Wars truly special. Of course, we love every second of every lightsaber duel and every twist and turn of every intergalactic dogfight, but at the end of the day Star Wars endures because it is central to so many of our cherished individual and collective memories and experiences. Star Wars manages this all while continuously morphing and evolving with the times, always striving to be more inclusive and more relevant to each new generation, irrespective of where they are from.

Carlos Miranda is a lifelong Star Wars fan who, sadly, failed to convince his wife of the benefits of naming their boy-girl twins Luke and Leia. Born in the US, Carlos now lives on the beautiful Isle of Skye in northwest Scotland working on the three businesses he started, drinking too much espresso, making (and eating) ramen, and obsessing over 20th century sci-fi. You can follow him on Twitter @doublemacc.