9 Heroes of Star Wars: The High Republic Who Aren’t Jedi

We are all the Republic.

Project manager. Technician. Pilot. They might not hold the title of Jedi or have incredible Force powers at their fingertips, but these plucky heroes have their own bravery and skills vital to the galaxy far, far away. Whether they’re saving lives with their quick thinking, working relentlessly to unite the Republic, or just deciding to do the right thing, these nine ordinary people made an extraordinary difference in the High Republic.

Let’s get acquainted with these everyday heroes.

Warning: Mild spoilers for the first and second wave of The High Republic follow. Seventeen-year-old Affie Hallow was the co-pilot of the Vessel, a ship contracted to take a group of Jedi to Starlight Beacon. She wore overalls, neat and pressed, with a star-shaped crest on the sleeve. The Vessel was a ship with the Byne Guild, which was run by Affie’s adoptive mother.

When debris in hyperspace clipped their wing, Affie repaired the coaxium regulator before the ship was blown apart. They made it to a nearby space station in one piece. Neither the Vessel’s crew nor their passengers were prepared for what they would find there. Before they escaped, Affie bravely risked her own life to save the Jedi. When she found out later that her foster mother was purposely putting members of the Guild in danger, it took even more courage to do the right thing and face her.

Happily married couple Joss and Pikka Adren were project managers experienced in large-scale construction jobs, like the Starlight Beacon space station. After wrapping up their job there -- and averting one disaster -- the pair were making plans for a well-earned vacation when an even greater disaster struck.

Joss and Pikka were experienced and willing to do whatever it took to get the job done. They risked their lives and volunteered to help during the hyperspace disaster above the planet Hetzal. On board the Longbeam ship Aurora III, the Adrens teamed up with the Jedi for a precarious maneuver that saved billions. Avon Starros was an inventor and the daughter of a Coruscant politician. A girl with a rebellious streak, Avon didn’t like to be told no. She used her scientific mind and engineering talent to work on ideas like creating anti-gravity shoe inserts and reprogramming a droid to form its own personality. She loved to know not just how something worked, but why, and sometimes went to reckless lengths to find out.

Jedi Knight Vernestra Rwoh was assigned to keep an eye on the mischievous inventor. When a Nihil plot stranded the Jedi, Avon, and others on a perilous planet, Avon’s wits (and reprogrammed droid) helped the group signal the Republic for a rescue. And her kindness helped comfort her new friends. 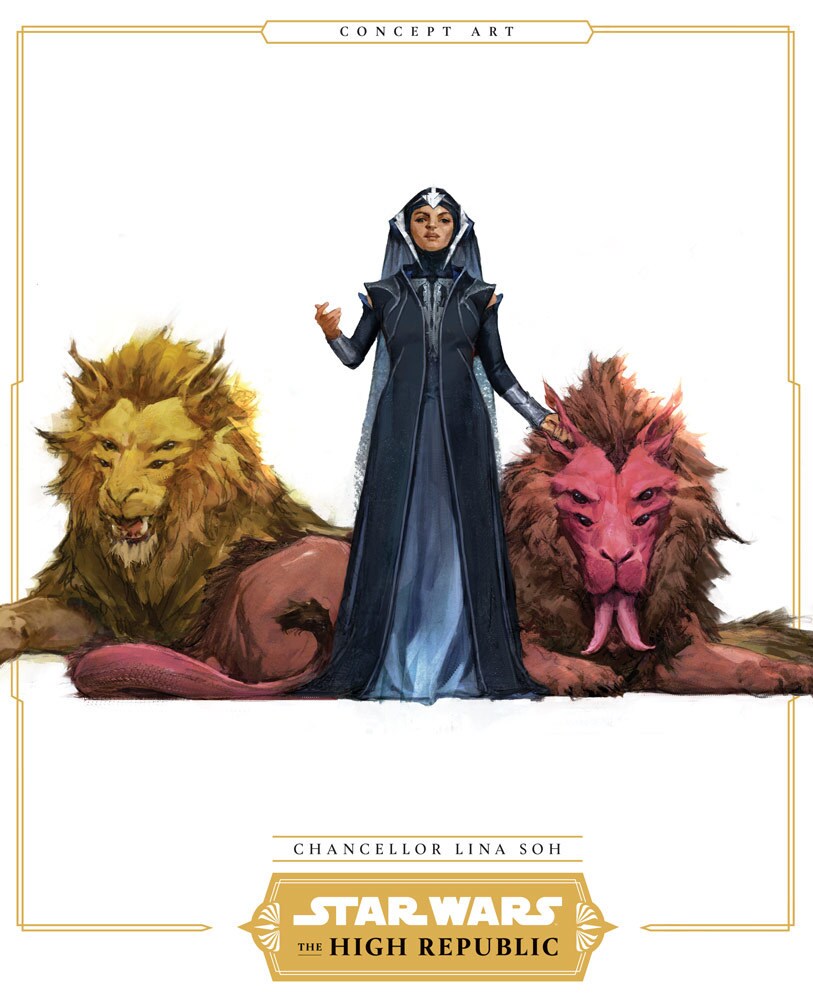 Lina Soh dedicated her political career to bringing light to the galaxy. As Chancellor, she oversaw several projects as part of her Great Works initiative. One of them was the construction of Starlight Beacon; others included improving communications relays, developing bacta and medical facilities, and organizing the Republic Fair. She believed unity was the key to accomplishing all of these lofty goals.

Lina was always accompanied by her loyal targons, large catlike beasts, named Matari and Voru. She found comfort in their company. 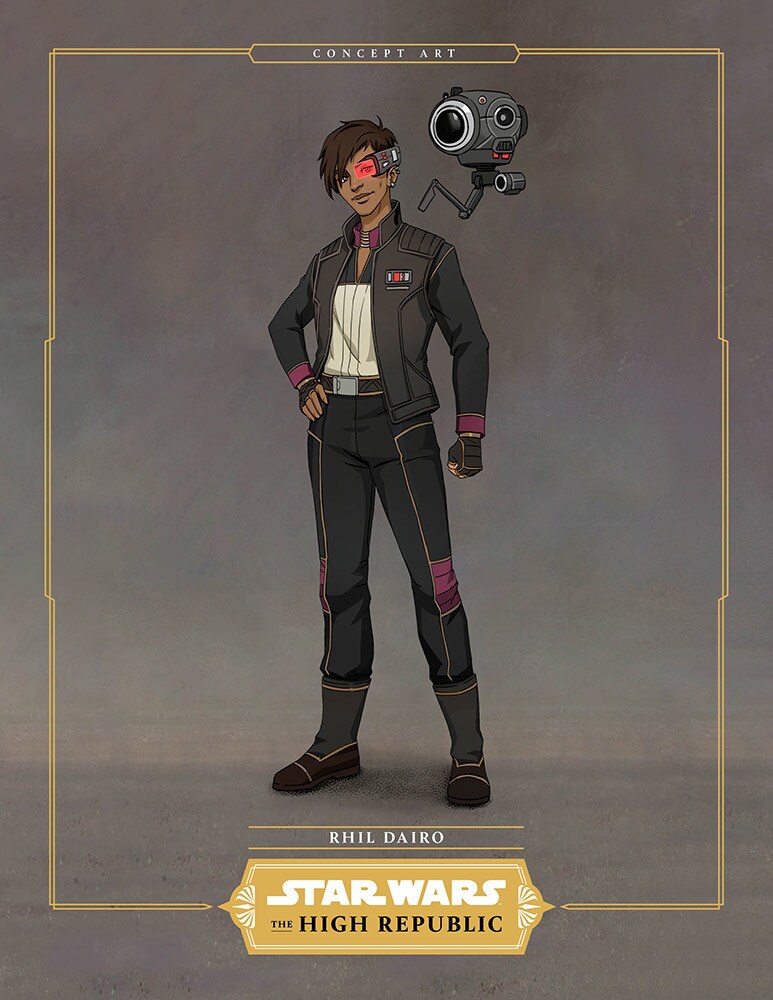 Respected HoloNet journalist Rhil Dairo found herself with a front row seat when disaster struck the Republic Fair. Originally on assignment to cover Jedi Master Stellan Gios, the Nihil attack on Valo became the story of the era -- and Rhil was there recording it all.

Rhil started her career as a cub reporter on Cardota. She later became a seasoned reporter so dedicated to her job that she got a cybernetic lens implant. Her companion camera droid T-9 had a matching lens and a direct neural link to Rhil.

Rhil wasn’t prone to hyperbole; she was inquisitive and observant. She’s also resilient, a quality she needed when the Nihil struck.

Countless lives were saved by an unconventional plan by a brilliant technician from Hetzal Prime named Keven Farr. He believed in systems and rules and enjoyed working within them.

During the hyperspace disaster, Keven monitored data streams to track the impact damage. Rather than evacuate from his seemingly doomed planet, Keven stayed at his post and decided to broadcast the rescue efforts across the galaxy. He wanted his home to be remembered. The people of hundreds of worlds cheered as they watched the Jedi join together to save Hetzal.

Once the immediate threat was past, Keven suggested linking thousands of navidroids to predict where debris might emerge from hyperspace next. The jury-rigged array worked, and Keven was able to determine which systems would be in danger next. 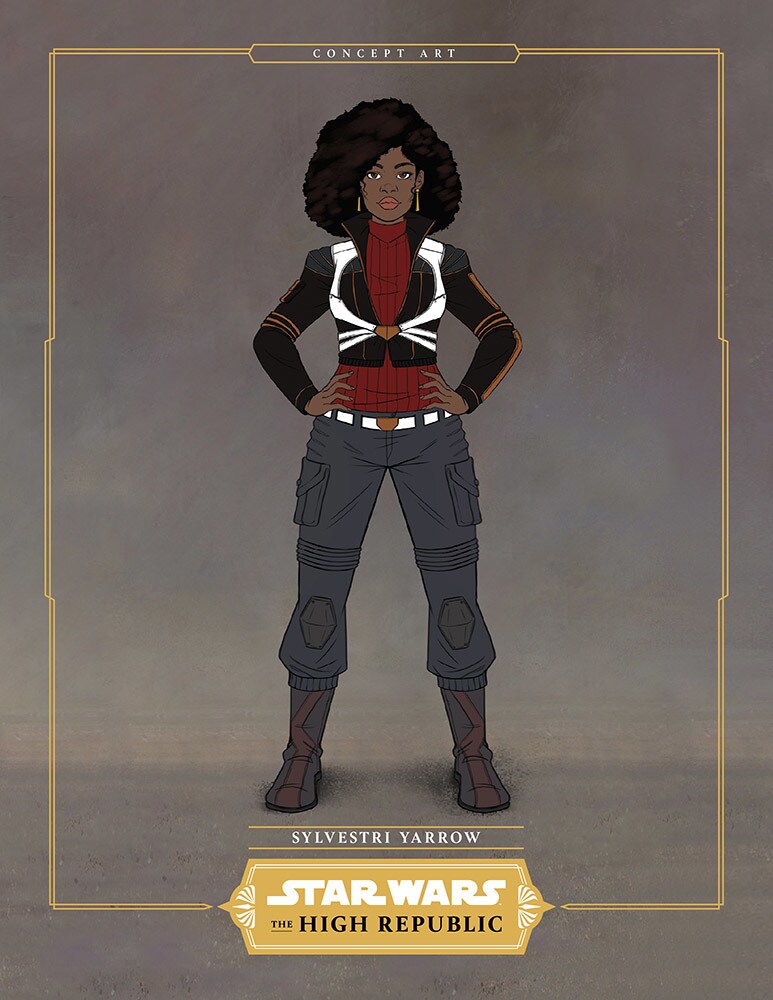 Fiercely independent ship captain Syl Yarrow didn’t have it easy. After the loss of her mother, she struggled to make ends meet in their business of hauling cargo across the galaxy. To top it all off, she was forced to abandon the Switchback, her ship, and its payload when she encountered the Nihil in a rarely used sector of space.

One of Syl’s most trusted companions was Beti -- her modified blaster rifle. If you needed to get something done on Starlight Beacon, Velko Jahen was the person who could do it.

The hard-working administrator of the station, Velko got a lot more than she bargained for when she took the job. From a slugfest during the Galactic Agricultural Alliance symposium to finding the culprit of an attempted assassination, there was never a dull day on Starlight Beacon.

She was used to a hectic life. Velko spent most of her days before Starlight in the trenches, fighting an endless war on her home planet of Soika. She was dedicated, reliable, and levelheaded -- and the Jedi were lucky to have her.