The artists behind Mon Mothma, Rose Tico, and more talk about the new book out now.

In Oola's brief and tragic appearance in Return of the Jedi, Jabba the Hutt's enslaved dancer is abruptly dropped to her death in the rancor pit below. But in Star Wars: Women of the Galaxy, an artist's reimagining casts the Twi'lek in a more hopeful light, free of her shackles inside the crime lord's palace.

To celebrate this week's release of the new book, which documents 75 powerful female Star Wars characters with over 100 distinct illustrations by 18 different artists and words by Amy Ratcliffe, StarWars.com is pleased to share four illustrations and fresh insights from the artists behind some of the unsung heroes of the galaxy. 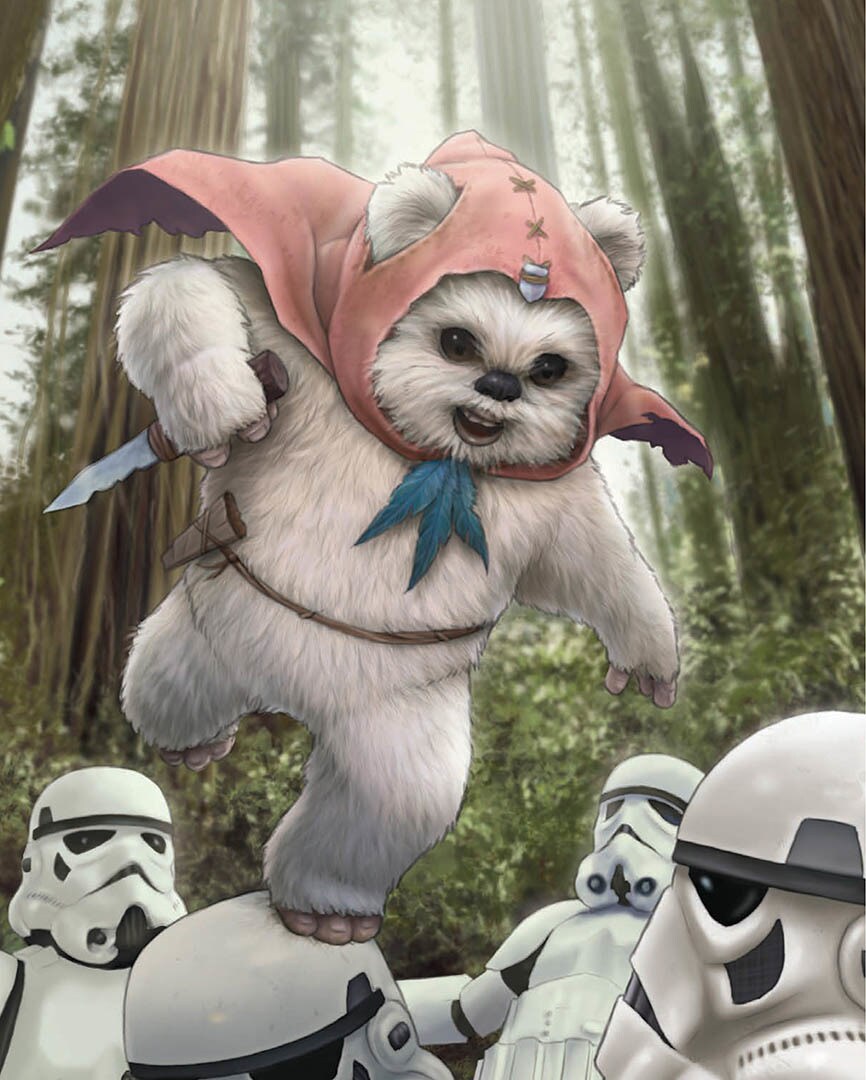 "I was a late-comer to the Star Wars fandom, but the new movies hooked me immediately. It makes me so emotional to see little girls dressed as Rey or Rose Tico, as I really wish I had those kinds of female heroes growing up, and I’m so glad that kids do now. So to me, Star Wars has come to mean inclusiveness and hope for a better future. I admittedly didn’t know anything about Princess Kneesaa when I started, except that she was an Ewok, and as someone who draws mostly cute and fuzzy animals (okay, usually cats), she seemed right up my alley. As I learned more about her, I found that she was wise while also ready to kick Imperial butt when she needed to, proving to be more than just cute and fuzzy. So in my piece I wanted to show her being fierce but clever -- an Ewok to be reckoned with!

The women in Star Wars are complex: capable of being the hero or the villain, hard or compassionate, with many shades in between....Star Wars shows us that women can be the hero, and that will always be important." 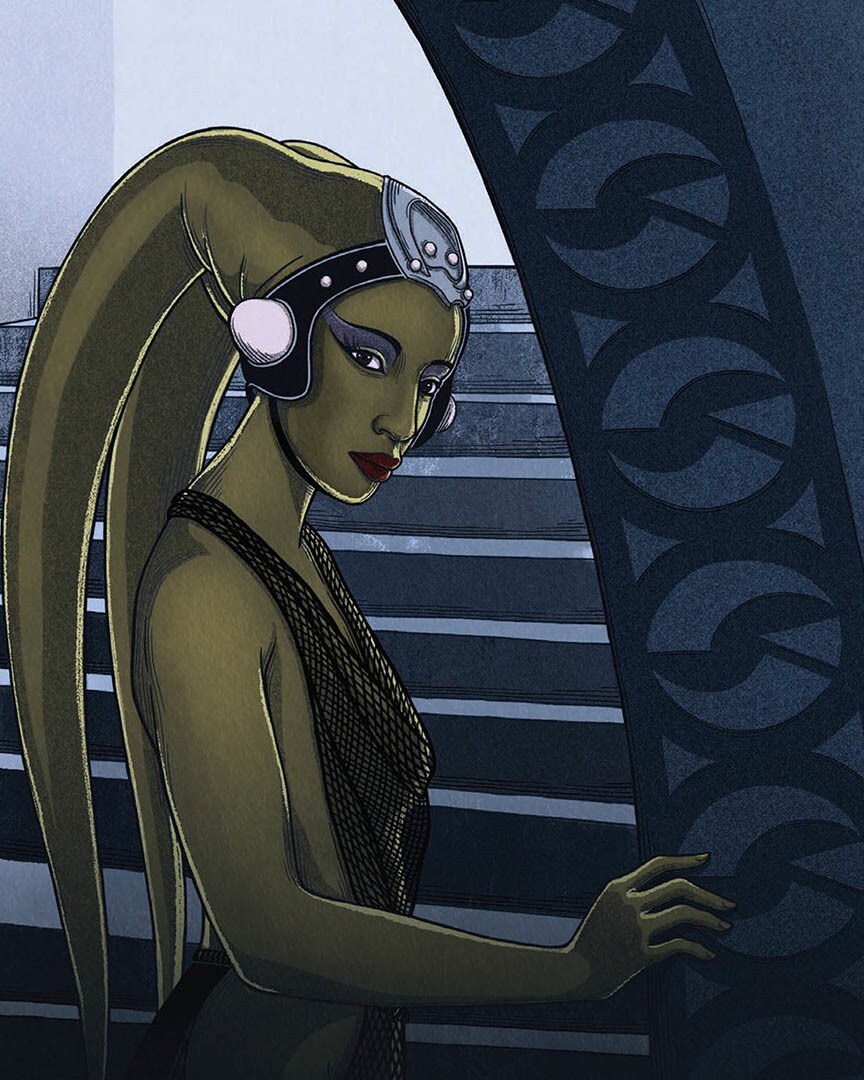 "Star Wars is special to me because it is such a rich and fantastical universe that I grew up loving that still fills me with wonder and excitement as an adult. To know countless others around the world feel the same makes it all the more special to know that I’m part of a larger community. What resonates with me most about Oola’s character is how tragic her brief appearance in Jabba’s palace is. As a result, I wanted to present her as more than just Jabba’s object of desire or plaything. I illustrated her free of her chains, looking back at the viewer before ascending stairs into the light. I wanted to give her a quiet and powerful moment in the pages of Women of the Galaxy, so that readers could see Oola as Oola. The women of Star Wars are incredibly important as symbols of diversity and representation in a universe loved by so many. It’s so powerful for young girls and women to see themselves in the characters of Star Wars because it shows them the spectrum of possibilities of what women can be and inspires the courage to be yourself." 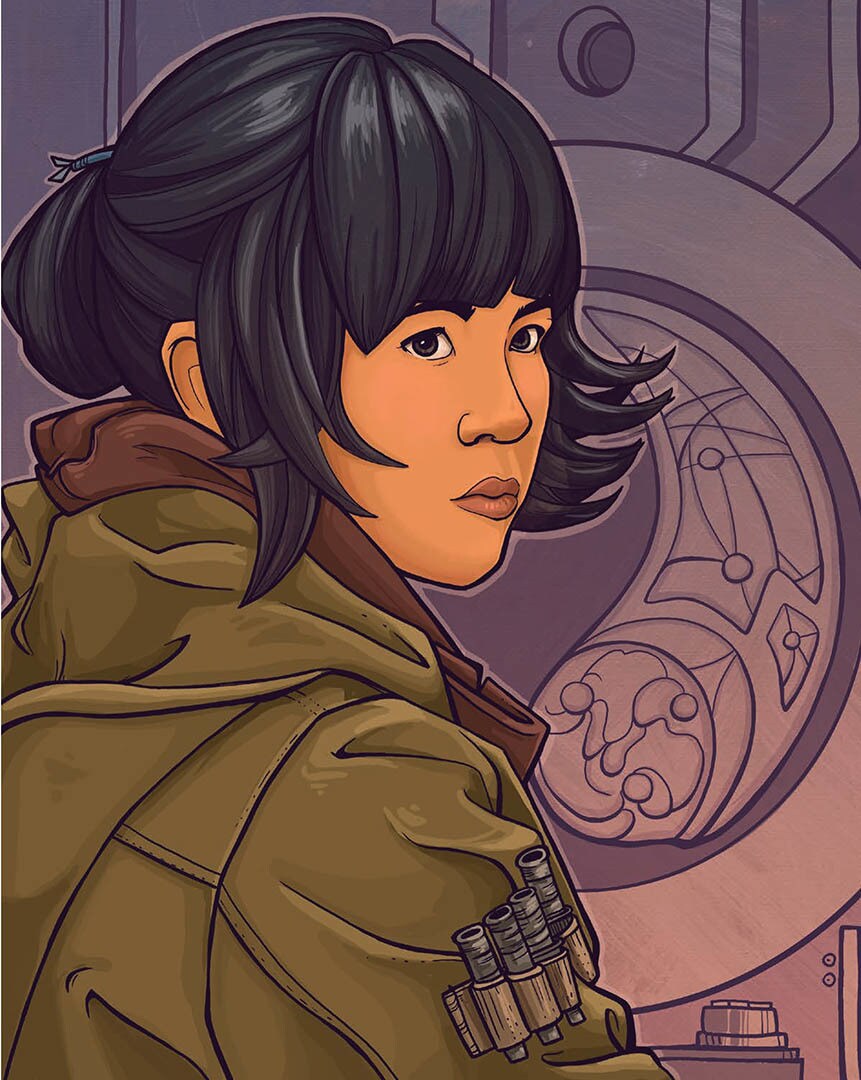 "I was four when Star Wars was in theaters. Growing up, there was only one major Star Wars woman to look up to...When we would play as kids, all the girls would fight over who got to be Leia, but the boys had so many choices, on both sides of the Force. Now, there are so many choices, so many multifaceted, different female characters for young girls to see themselves in and be inspired by. It's amazing, and the younger me is a little jealous of girls today but mostly just excited for what they get to experience.

When I was younger, I loved the adventure, the cool and funny characters, the music, and the entertaining story [of Star Wars]. There is nostalgia for things I loved as a little girl that now as an adult are mixed with appreciation for this expanding universe and all of these new stories being told. As an adult, watching characters age and grow is personally so rewarding and I find new ways to relate. As an artist, there is just so much beauty and inspiration that I am constantly attracted to Star Wars and trying to capture it in my own style and with my own viewpoint. With Rose, I was thinking about her relationship with her sister; how they were so close, how she barely had time to mourn her, how strong she was to push on and fight for what she believed in despite the grief she was feeling. I wanted to show all of that by having the necklace symbol behind her, always in the back of her mind while she pushes on and tries to save the Resistance." 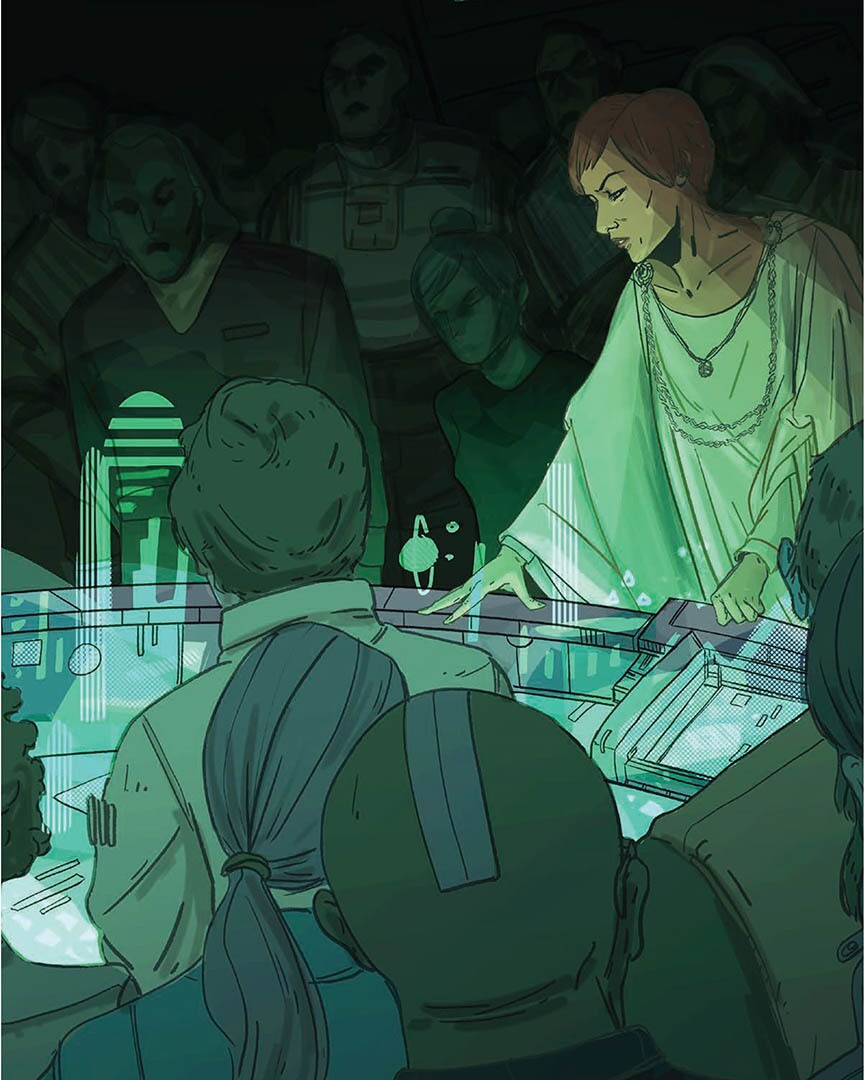 "Star Wars has always been about the potential of the bigger story to me in a place far, far away. That everyone has a role to play in the good guys prevailing, there is always room for hope. Also laser swords are cool.

Mon Mothma was this incredible matriarch and graceful leader, but also when she spoke -- people paid attention. Strong female characters in Star Wars come in all shapes, sizes, ages, and sometimes species! Our fiction should reflect the values of our realities. All types of kids need to see that they too can daydream and fantasize about being Jedis and pilots, a member of the Resistance or even the Sith. Imagination is for all."

Star Wars: Women of the Galaxy is available now.