The bestselling novel builds upon fan-favorite characters and stories, from movies to games.

The new novel Star Wars: Resistance Reborn, by Rebecca Roanhorse, is a delight to read, picking up after Star Wars: The Last Jedi and blazing the trail toward Star Wars: The Rise of Skywalker. After Crait, the Resistance is barely alive -- the few survivors all fit in the Millennium Falcon, and still have room for porgs. But hope still exists, and General Leia plans to use that hope for fighting back against the First Order or die trying. To do that, she and Poe Dameron have to put the call out for anyone willing to fight the good fight in a galaxy scared to take on the might of the First Order. They need soldiers. They need pilots. They need leaders and strategists. Not to mention starfighters, capital ships, weapons, supplies, and a base to hide out in while rebuilding from their near destruction at D’Qar. This means that it’s time to bring into play anyone still standing in the galaxy far, far away.  And the First Order knows this, and makes it a priority to track down anyone that might be swayed to join the Resistance. 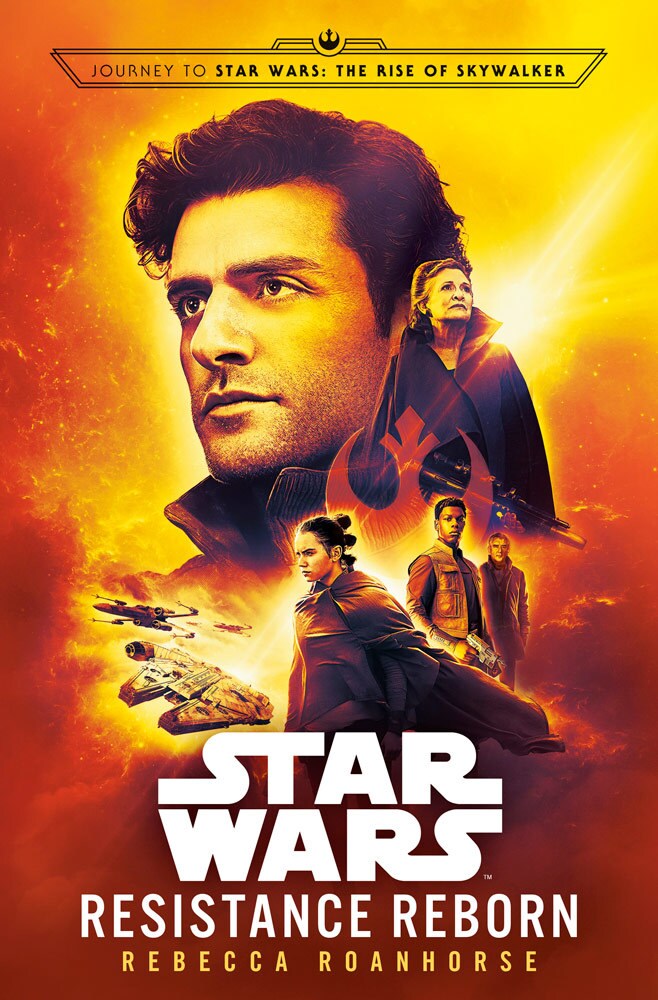 While Resistance Reborn introduces some new faces to Star Wars, it also pulls in a lot of familiar friends from a variety of previous stories in movies, novels, comics, and video games. Here’s a few of the old pals and other connections that Resistance Reborn has for readers who have been plugged in.

One of the biggest guns whose whereabouts have been unknown in the Resistance era is finally back in action. Wedge Antilles, ace pilot who participated in the destruction of both Death Stars, gets pulled out of peaceful retirement on Akiva. While the original trilogy shows Wedge as a solid pilot for the Rebel Alliance, we’ve recently seen more of his personal journey in Season Three of Star Wars Rebels, starting with his defection from the Empire’s Skystrike Academy with the help of Sabine Wren. His post-Endor adventures for the New Republic, as seen in the Aftermath trilogy by Chuck Wendig, included getting captured on a solo mission to Akiva, where he was tortured by the Empire, then, while recovering, later formed Phantom Squadron to track down a missing Han Solo and eventually help in the unsanctioned liberation of Kashyyyk. Antilles later brought the disbanded Phantom Squadron back to fight in the Battle of Jakku, then retired to become head flight instructor for the New Republic’s academy at Hosnian Prime and marry and settle down with…

One of the protagonists of the Aftermath series of books by Chuck Wendig, Norra Wexley is way more than the mother of Temmin “Snap” Wexley, one of the lead Resistance pilots seen in Star Wars: The Force Awakens. As an ace pilot in her own right, Norra served in the Rebellion, and after Endor, returned to her home planet of Akiva to reunite with her estranged teenaged son, Temmin. She ended up starting a little rebellion on Akiva and rescuing Wedge Antilles from Imperial custody. With Temmin and their other friends, they began taking missions tracking down Imperial war criminals for the New Republic, and while searching for Han Solo, eventually liberated a hundred rebels from an Imperial prison, including her husband Brentin. Brentin and several other survivors ended up unwitting agents in an attack on the New Republic leadership, and Norra went on a search to find the suspected mastermind, Admiral Rae Sloane. During the Battle of Jakku, Norra reconciled with her husband before his death by Gallius Rex, and finally came face to face with Sloane, briefly cooperating to thwart Gallius Rex’s plan to destroy the planet. After the war, she became a New Republic flight instructor, married Wedge Antilles, and eventually the two retired to a farm on Akiva, enjoying the simple life. 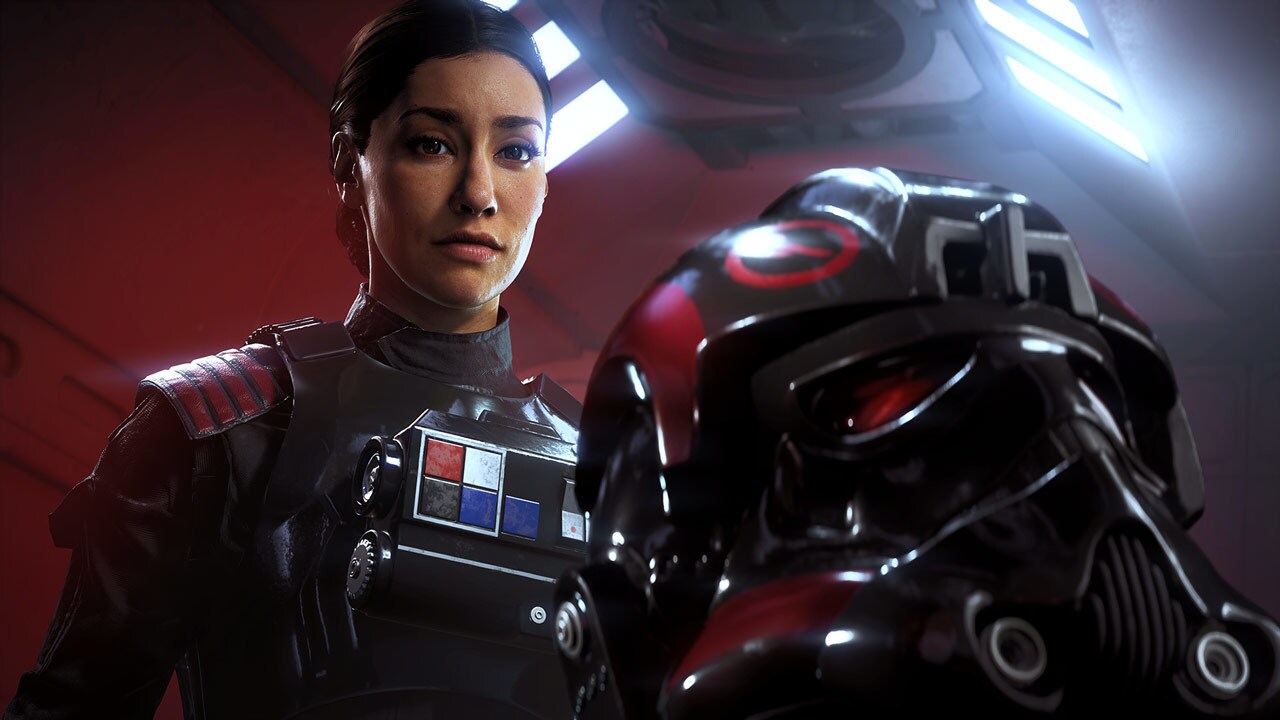 Shriv Suurgav, a Duros in the Rebel Alliance leading Danger Squadron, was instrumental in the defection of Iden Versio and Del Meeko of the Empire’s elite Inferno Squad, as seen in the main storyline of Star Wars: Battlefront II (2017). Sarcastic and cynical, Shriv eventually incorporated the two pilots into Danger Squadron to stop Operation Cinder at Naboo. With Iden and Del, Shriv became the third member (and possibly third wheel) of the New Republic’s Inferno Squad, seeing action at Jakku. A generation later, as told in the Battlefront II: Resurrection story downloadable content, Zay Versio, Iden and Del’s daughter, takes up the fight against the First Order, after her father is killed by their old squadmate, Gideon Hask. Teaming up with Shriv and her mother, Zay helps destroy a First Order Star Destroyer before it can assist in the battle over Starkiller Base. Losing Iden in the fight, Zay and Shriv carry on, jumping away on a mission to find allies moments before the First Order arrives at D’Qar in Star Wars: The Last Jedi.

Karé Kun is one of Poe Dameron’s go-to pilots for missions. First appearing in Before the Awakening by Greg Rucka, and fully developed in the Poe Dameron comic series written by Charles Soule, and illustrated by Phil Noto and Angel Unzueta, Karé started as a fighter pilot for New Republic, joining Poe Dameron’s Rapier Squadron but after seeing the threat of the First Order firsthand, she switched over with Poe to the Resistance, where General Organa gave her command of Stiletto Squadron. She would return to Poe Dameron’s squadron for several key missions, including the search for Lor San Tekka. During the search, she and fellow pilot Snap Wexley developed a romantic relationship, and eventually the two married before the events of Star Wars: The Force Awakens. Yes, that makes Wedge Antilles her step-father-in-law!

Ever wondered where General Rieekan went after the Battle of Hoth in  Star Wars: The Empire Strikes Back? He showed up again in Lost Stars by Claudia Gray, with Corona Squadron (including Imperial defector Thane Kyrell and a Twi’lek pilot Yendor) under his command. As a general in the New Republic, Rieekan assigned Thane to a mission at Jakku:  board and capture the Star Destroyer Inflictor. Presumably, he found a quiet retirement. Orrimaarko, the one-eyed Dresselian commando seen in the Home One briefing in Star Wars: Return of the Jedi, is also out of retirement and ready for action 30 years later. Where has he been? 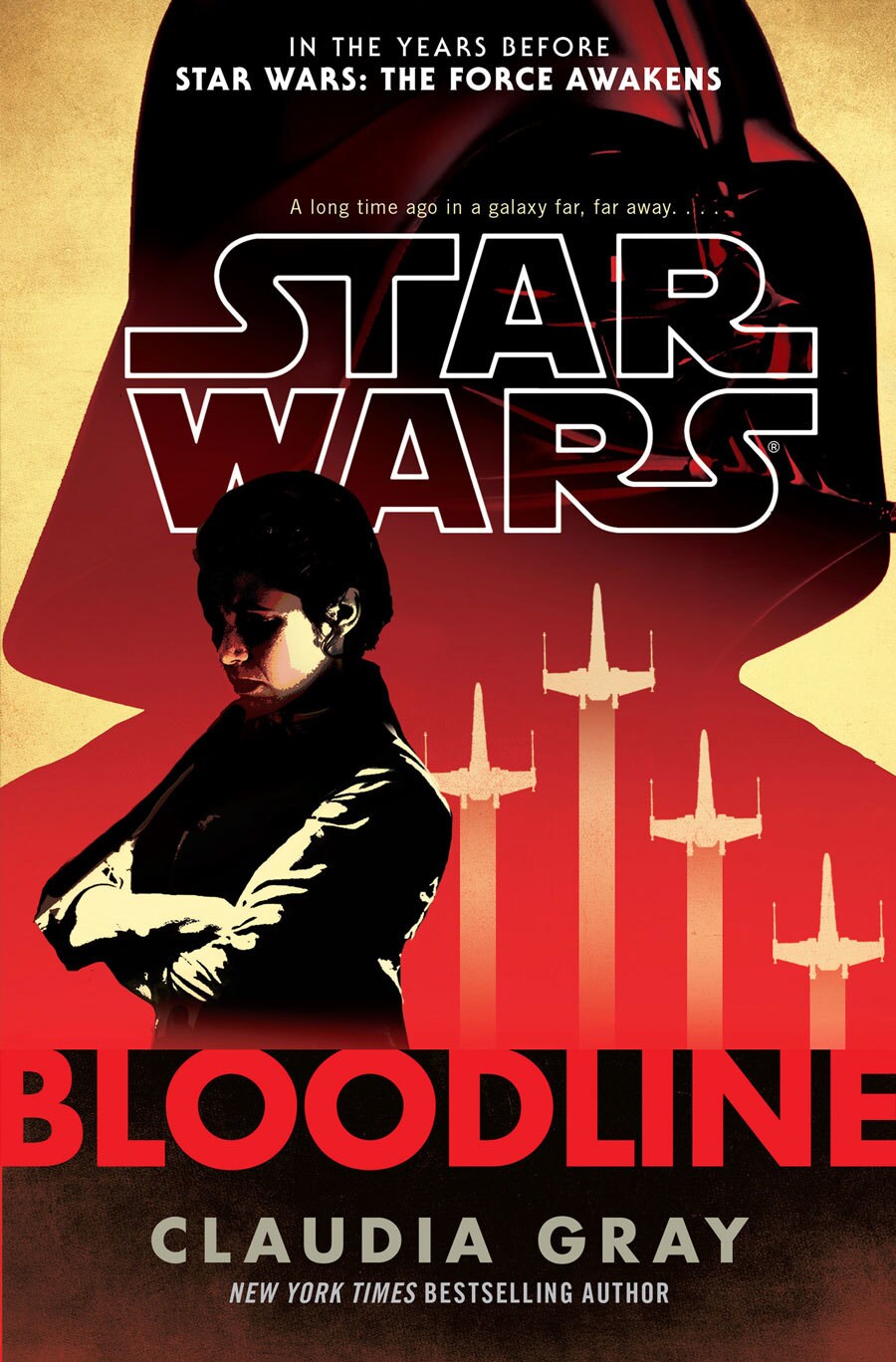 Ransolm Casterfo was an aspiring senator from Riosa in the New Republic in Bloodline by Claudia Gray. Despite their political differences and his hobby of collecting Imperial artifacts, Ransolm and Senator Leia Organa became friends as they worked to uncover Rinnrivin Di’s cartel and a plot to overthrow the New Republic. He later pushed to abolish the position of Chancellor and create a new role, First Senator, and then sabotaged Leia’s chances of being elected by publicly disclosing that she was the daughter of Darth Vader. Ransolm later tried to make political amends with his friend, but was framed as the mastermind behind a political assassination and bombing, and led off to face the death penalty. If a death mark’s not an easy thing to live with, being on death row probably isn’t either, especially for a charming, dapper politician. 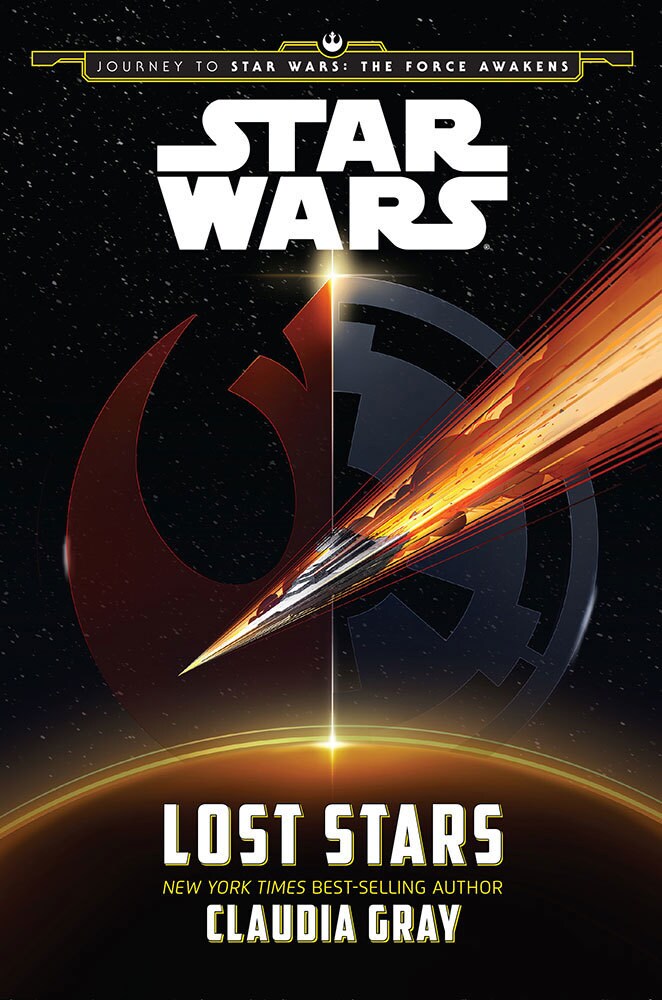 One of General Rieekan’s other pilots in Corona Squadron was Yendor. In Lost Stars, Yendor served at Echo Base on Hoth, made Leia’s acquaintance during the war, and eventually there was Yendor at Endor. Near the end of the war, Yendor left the starfighter pilot life behind and became a reluctant ambassador for Ryloth, as mentioned in Aftermath: Life Debt. Eventually Yendor became a senator representing his homeworld during the events of Bloodline, and saw Leia’s mission to stop Rinnrivin Di’s cartel as of importance to Ryloth, and so allowed his old Rebellion friend to access the special archives of his homeworld for clues to Rinnrivin’s rise to power. 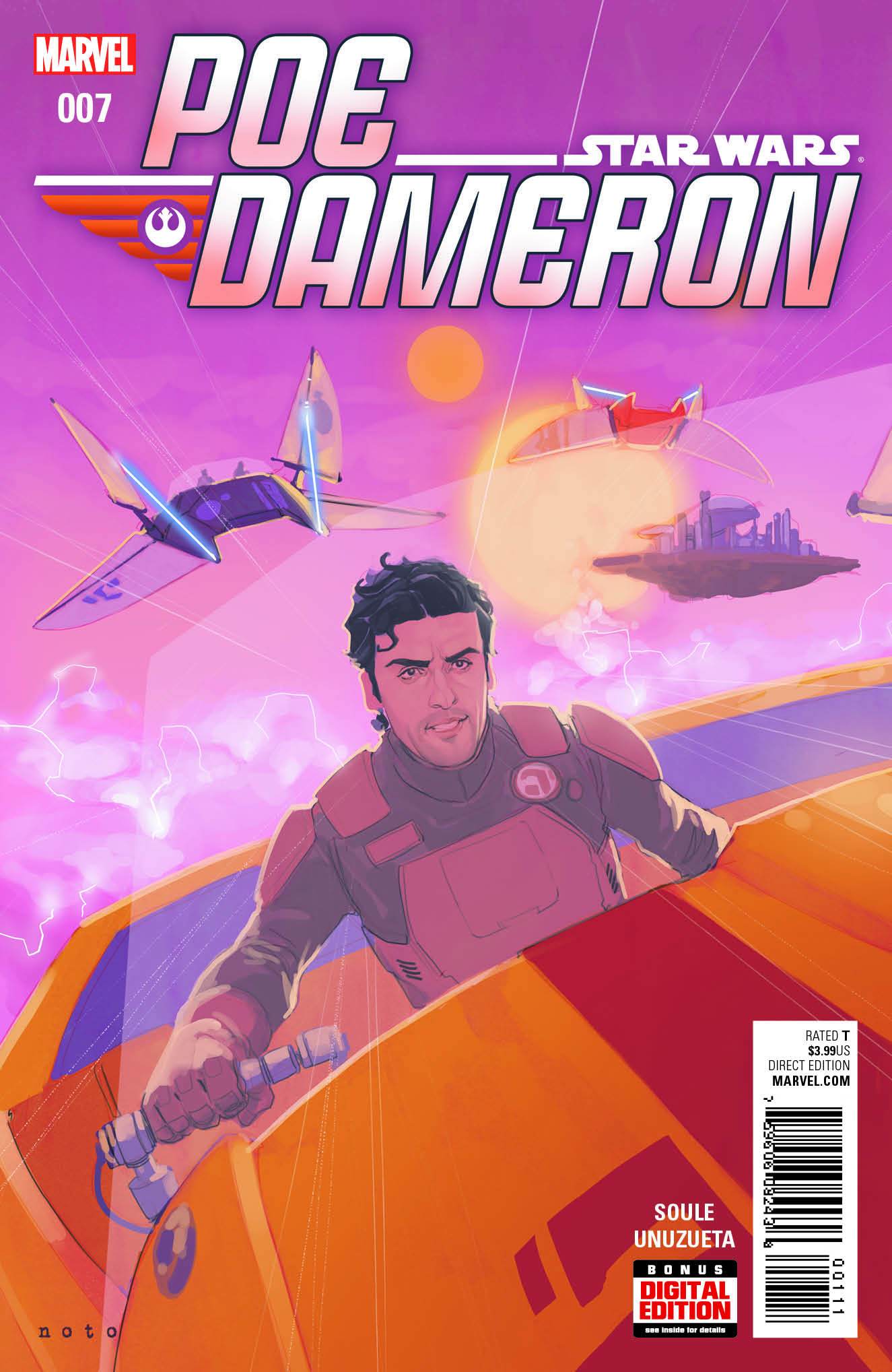 The blue-skinned Suralinda Javos once tried to trap Poe Dameron to get him to divulge the location of the Resistance base -- not for the First Order, but for a news organization for which she was a journalist. She ended up joining the Resistance instead, in the Poe Dameron comics. Eventually working her way up out of sanitation for her stunt, the Squamatan went on missions with Black Squadron in her A-wing, alongside Jess Pava and Karé Kun, and helped in the search for Lor San Tekka. After the destruction of Starkiller Base, Javos and the rest of Black Squadron (except Poe Dameron) were tasked with finding new allies in the Outer Rim, and the pilots had several brushes with the First Order as they unsuccessfully tried to gain help for the Resistance, including on Ikkrukk. Also, she can spit acidic venom.

Bracca’s a system, not a man! The scrapyard world of Bracca is where old ships go to be junked, but not through the usual means of simply being stripped apart for useful bits and then melted down. In the new Star Wars Jedi: Fallen Order game, the uninviting world of Bracca is in the hands of the Scrapper Guild, which sells to the Empire. By the time of the Resistance, the First Order is keen on making the recycled resources of Bracca their own, but there’s probably some old ships just waiting for the Resistance to loot. 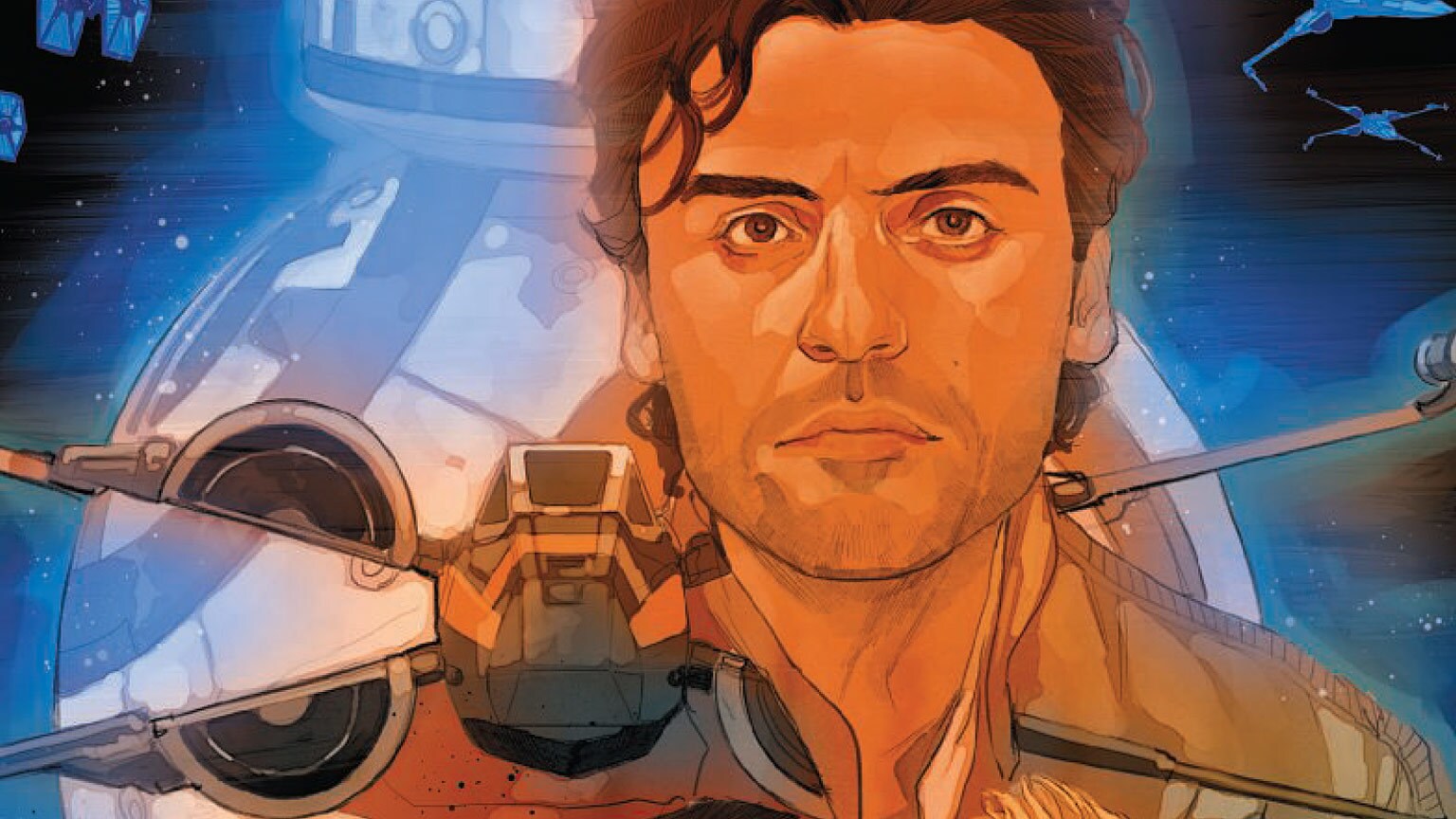 Poe Dameron has a new ride. Well, a used ride, and it’s not really his. It’s on loan from Grakkus the Hutt, a crime lord who was rescued from a prison by Poe and his Black Squadron wingmates in the Poe Dameron comic. What’s this old fossil look like? Not like an X-wing, that’s for sure. But maybe someone interested in old collectible ships might be willing to take it off Poe’s hands -- some pirate, perhaps.