Always pass on what you have learned.

Star Wars is magic. We don’t mean just on-screen, although the galaxy far, far away is certainly a mystical place. But the filmmakers who have told the stories of Star Wars for the last four decades make just as much magic in the real world bringing their visions to life.

Star Wars has been changing moviemaking since 1977 and it shows no signs of ever stopping. Thanks to Disney+, you can get an up-close look at the sets, visual effects, technology, and so much more any time you want. Here are 10 documentaries and featurettes for your all-access pass behind the scenes of Star Wars, currently available on Disney+. 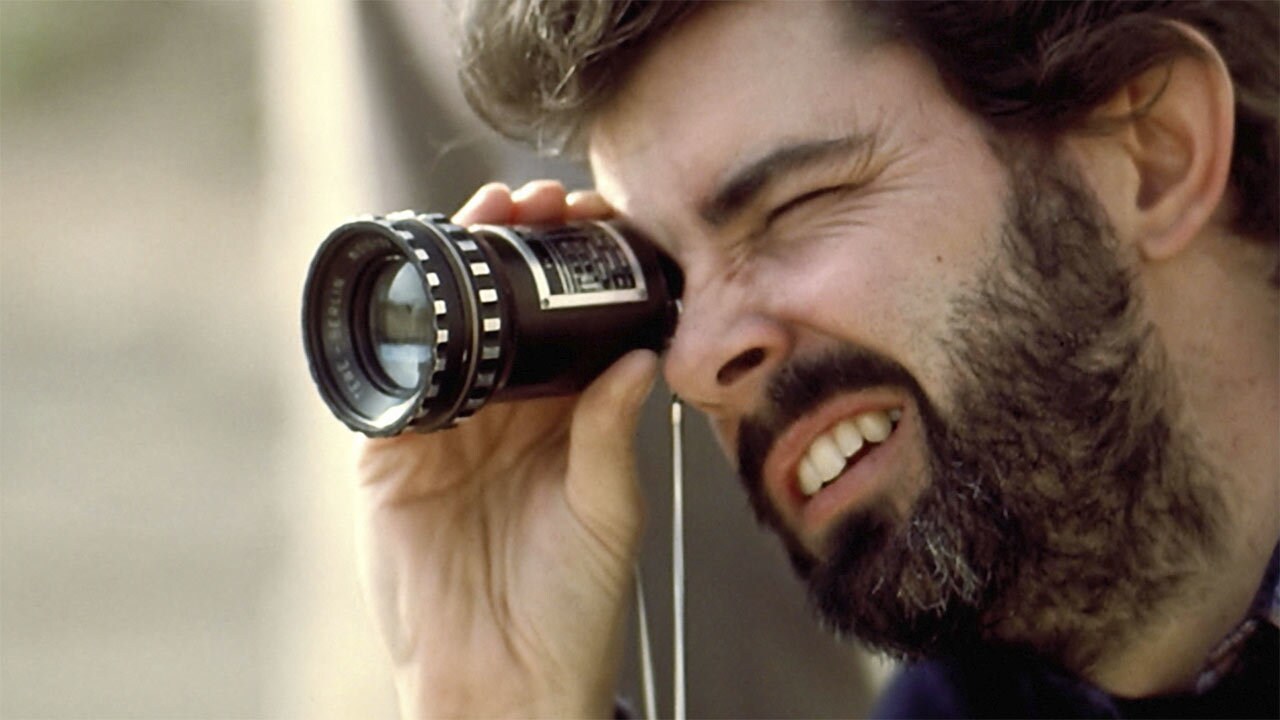 This two-and-a-half-hour documentary is an unparalleled deep dive into the three movies in the original Star Wars trilogy. You’ll find interviews with the stars, industry luminaries like Steven Spielberg and Alan Ladd Jr., and even concept artist Ralph McQuarrie himself. Follow Star Wars’ journey from a handwritten script to a worldwide phenomenon in this cumulative look at the first stories told in the galaxy far, far away. 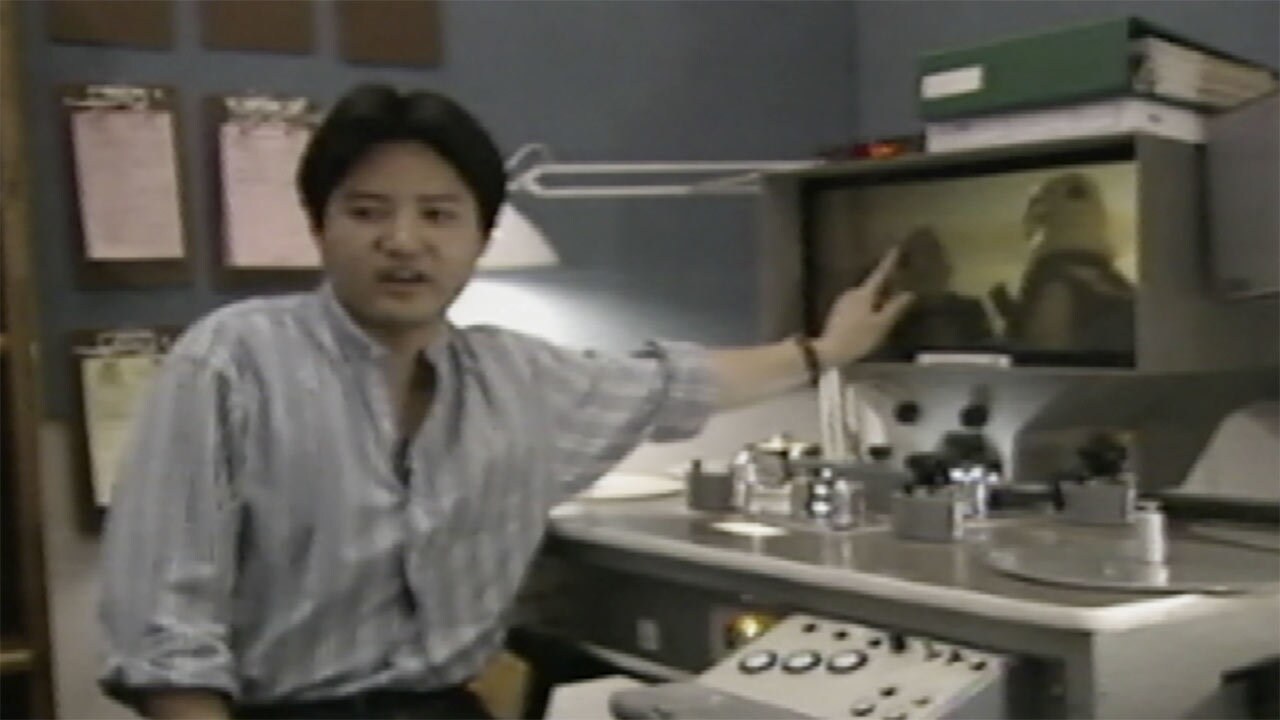 2. Anatomy of a Dewback (Star Wars: A New Hope)

Take a trip back in time to the 1990s when the original trilogy was re-released in theaters! In this in-depth look at the making of the Special Edition of the Star Wars: A New Hope, the fans’ excitement at seeing the movies on the big screen is contagious. The documentary, originally a web series, highlights Industrial Light & Magic’s work recreating dewbacks digitally and inserting them seamlessly into Episode IV. You’ll also get a rare look inside the Lucasfilm Archives. 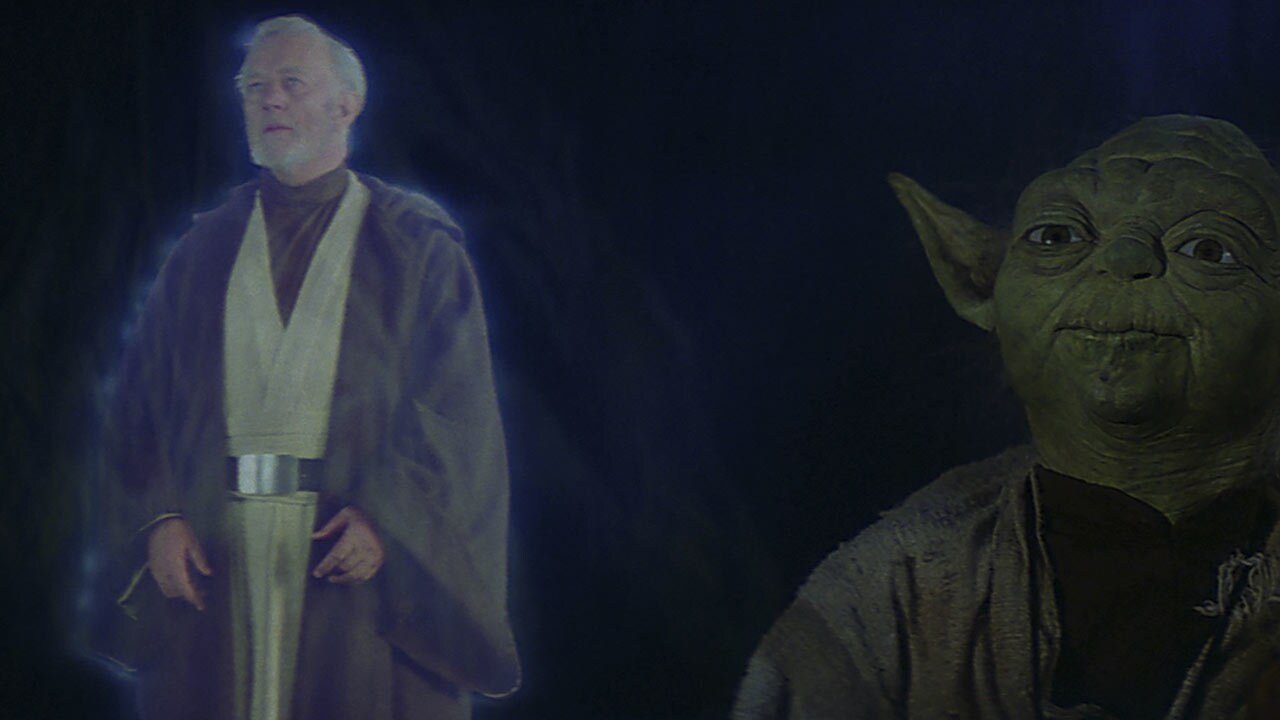 3. A Conversation with the Masters (Star Wars: The Empire Strikes Back)

George Lucas, director Irvin Kershner, co-writer Lawrence Kasdan, and composer John Williams sat down for a one-of-a-kind retrospective in honor of Episode V’s 30-year anniversary. From a recounting of the fateful lunch meeting where Lucas asked Kershner to direct, to the creation of Yoda and Boba Fett, and so much more, you’ll find interviews and behind-the-scenes footage you won’t see anywhere else. 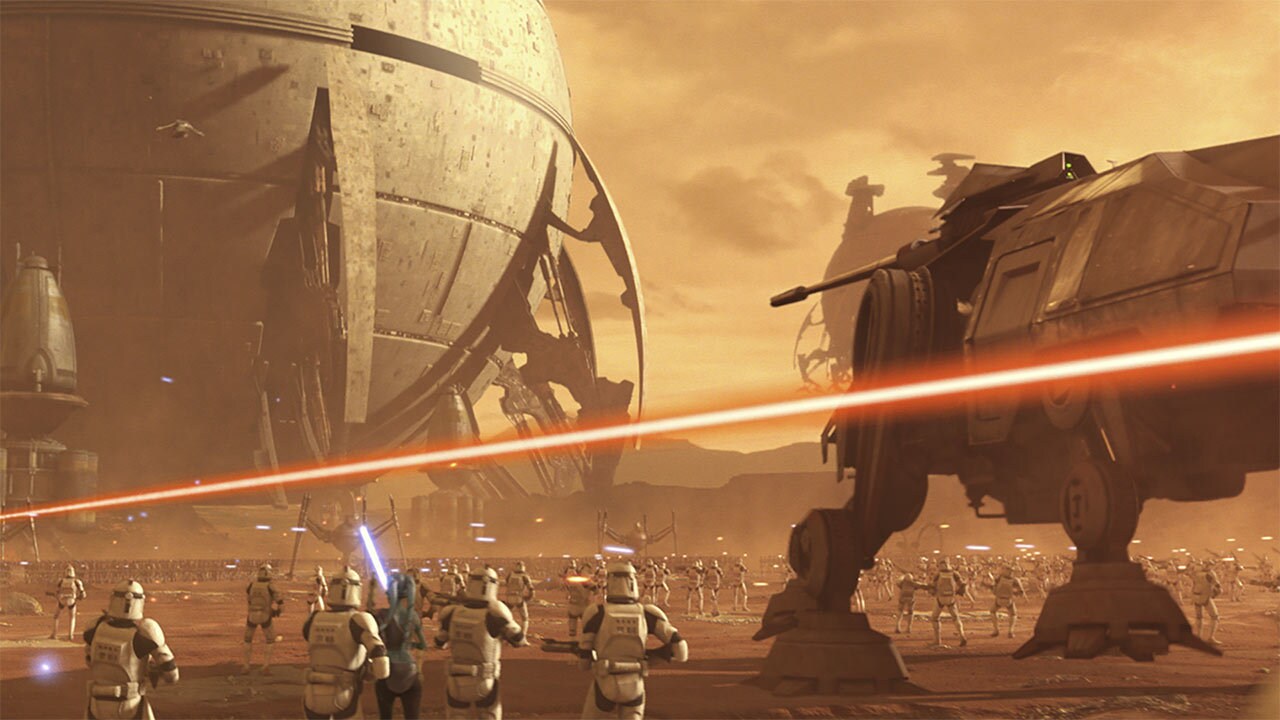 4. State of the Art: The Pre-Visualization of Episode II (Star Wars: Attack of the Clones)

Hear from George Lucas, producer Rick McCallum, and more members of the special effects crew as they discuss the vital role pre-visualization played in the making of Star Wars: Attack of the Clones. Take a look at the original animatics to get an idea of how scenes like the escape from the droid factory developed from start to finish. And as a bonus, you’ll even get a side-by-side comparison of the World War II footage that inspired the action in A New Hope. 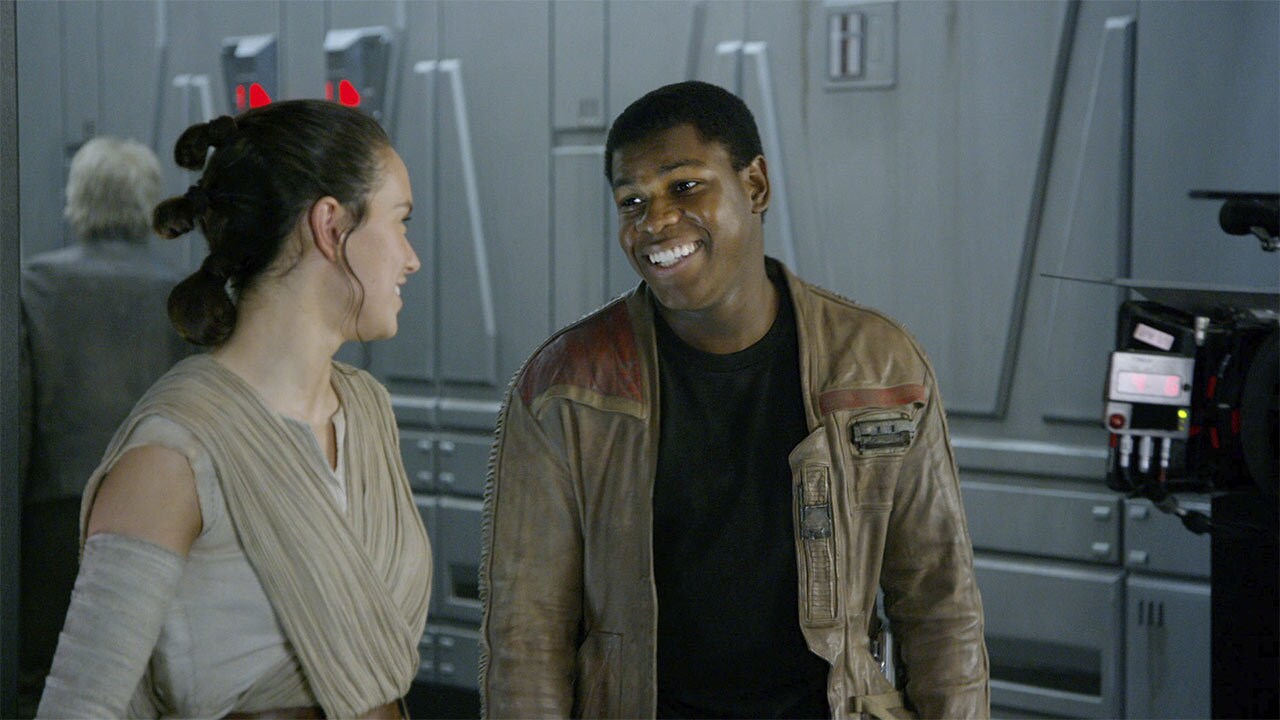 5. The Scavenger & the Stormtrooper (Star Wars: The Force Awakens)

The new stars of Star Wars sit down together for a candid conversation about being part of a new era of storytelling. Daisy Ridley and John Boyega have a true friendship on and off screen that shines through every smile they share. It might be a short featurette, but the warmth and insight in this 10-minute chat will change how you watch Episode VII. 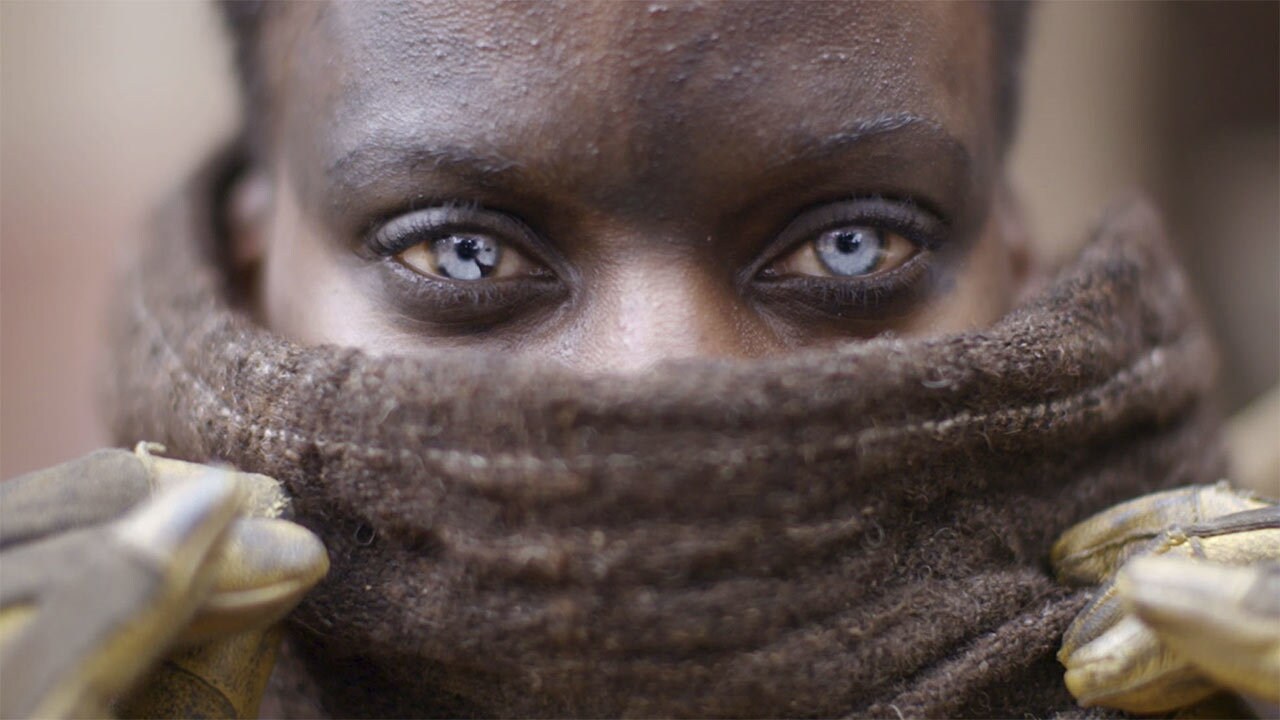 6. Visions of Hope: The Look of Rogue One (Rogue One: A Star Wars Story)

Director Gareth Edwards and Lucasfilm’s Doug Chiang take you inside the designs of Rogue One: A Star Wars Story in this featurette. Inspired by the concept art and production art by Ralph McQuarrie in the original trilogy, the production team worked hard to match his vision. You’ll see McQuarrie himself from original behind-the-scenes footage, along with close-ups of the set designs, concept art, and costume design for Rogue One. And, most incredible of all, you’ll see the city of Jedha built from the ground up. 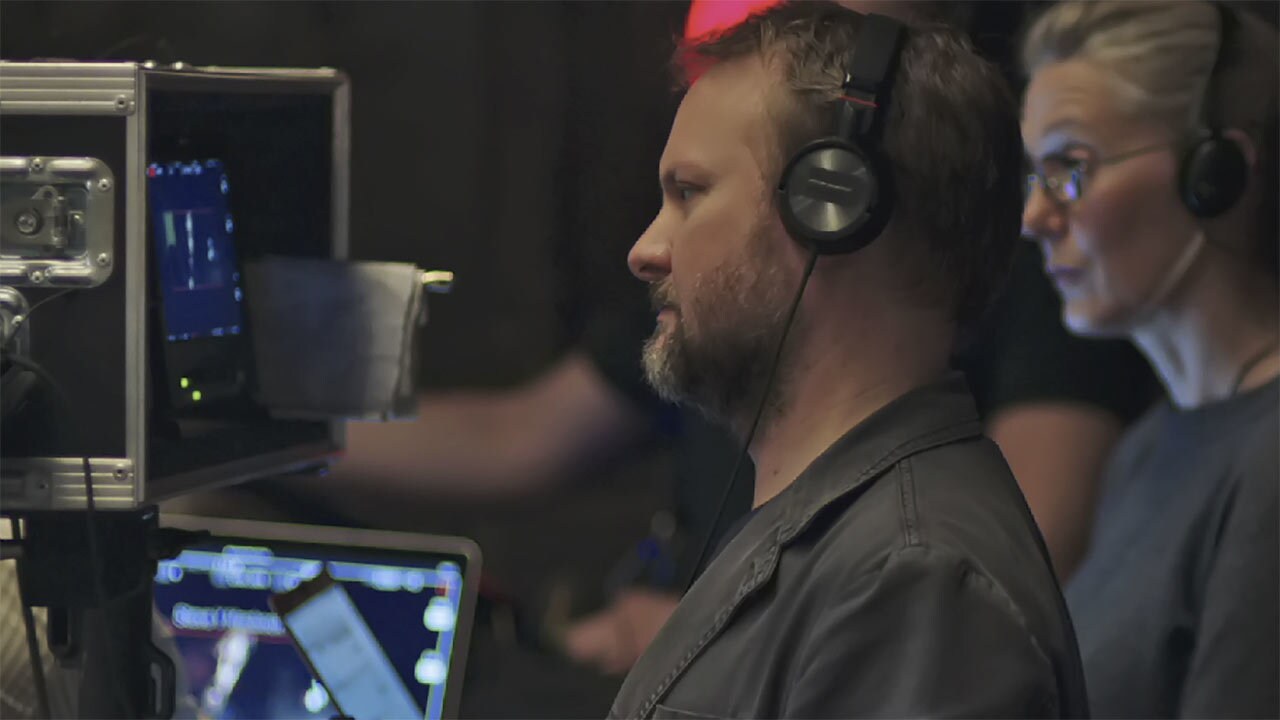 7. The Director and the Jedi (Star Wars: The Last Jedi)

Episode VIII has a making-of feature so incredible that it’s a complete film all by itself. It begins at the end with the wrap party as filming completed. Then you’re taken behind the camera like never before, from the first rehearsals with Daisy Ridley and Mark Hamill in a backyard to the tearful last days of shooting. A little quieter and more contemplative than most behind-the-scenes features, there are also explosive special effects secrets and the wonders of the creature workshop to be uncovered in this amazing inside look. 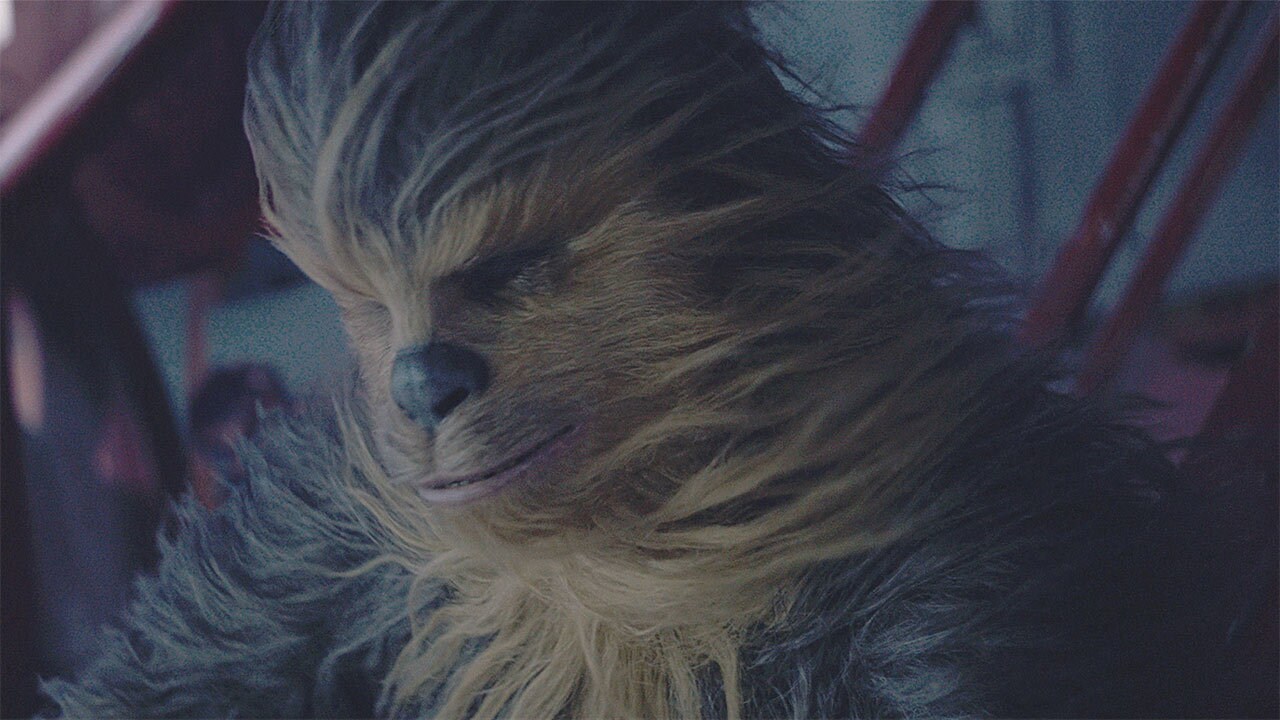 If you’re a fan of Chewbacca -- and who isn’t -- this is the featurette for you. Director Ron Howard and the cast and crew of Solo: A Star Wars Story talk about the galaxy’s greatest co-pilot. Hear from Chewbacca himself, actor Joonas Suotamo, along with an inside look at how Team Chewie brings the Wookiee to life. (Spoiler: The sound team recorded bear and sea lion vocalizations at a local zoo, creating Shyriiwook, the language of Wookiees.) 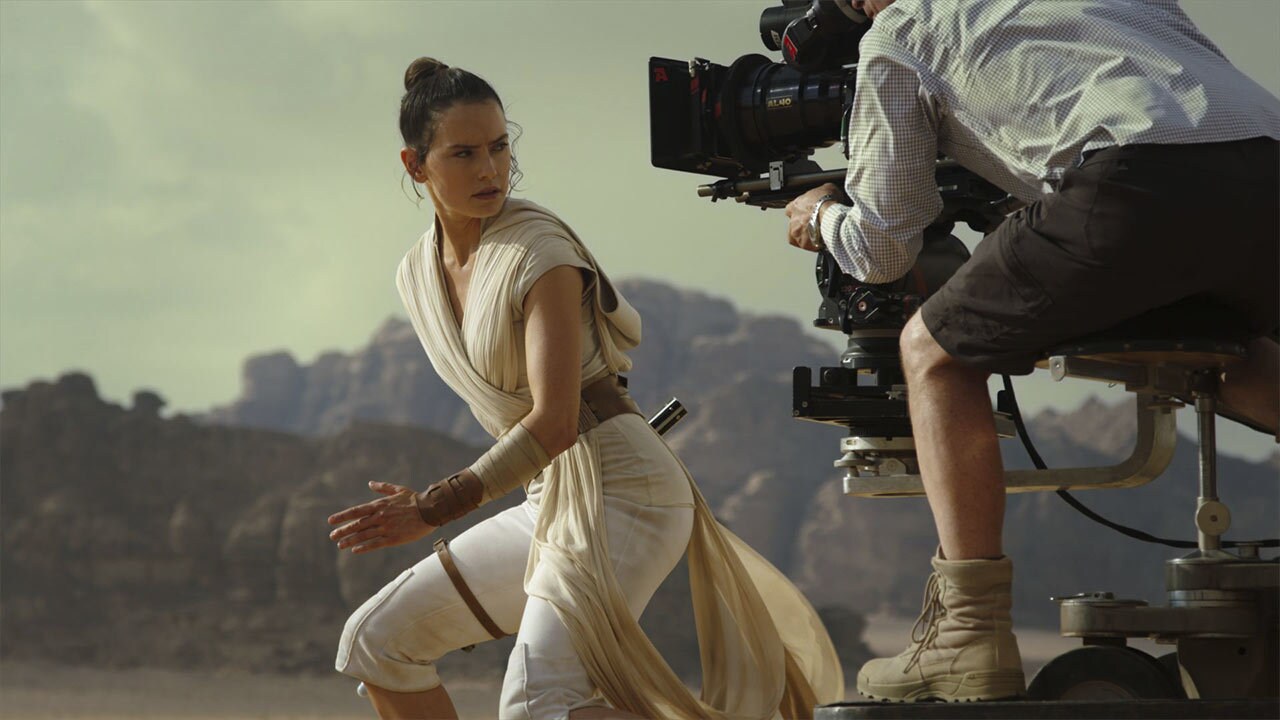 9. The Skywalker Legacy (Star Wars: The Rise of Skywalker)

This bonus feature takes a look at the making of Star Wars: The Rise of Skywalker and the end of the saga. Emotional and revealing, the riveting feature has everything you could want from a Star Wars documentary. This is the complete journey of Star Wars, from Episode IV to Episode IX, and how the magic of moviemaking has both changed and stayed the same. 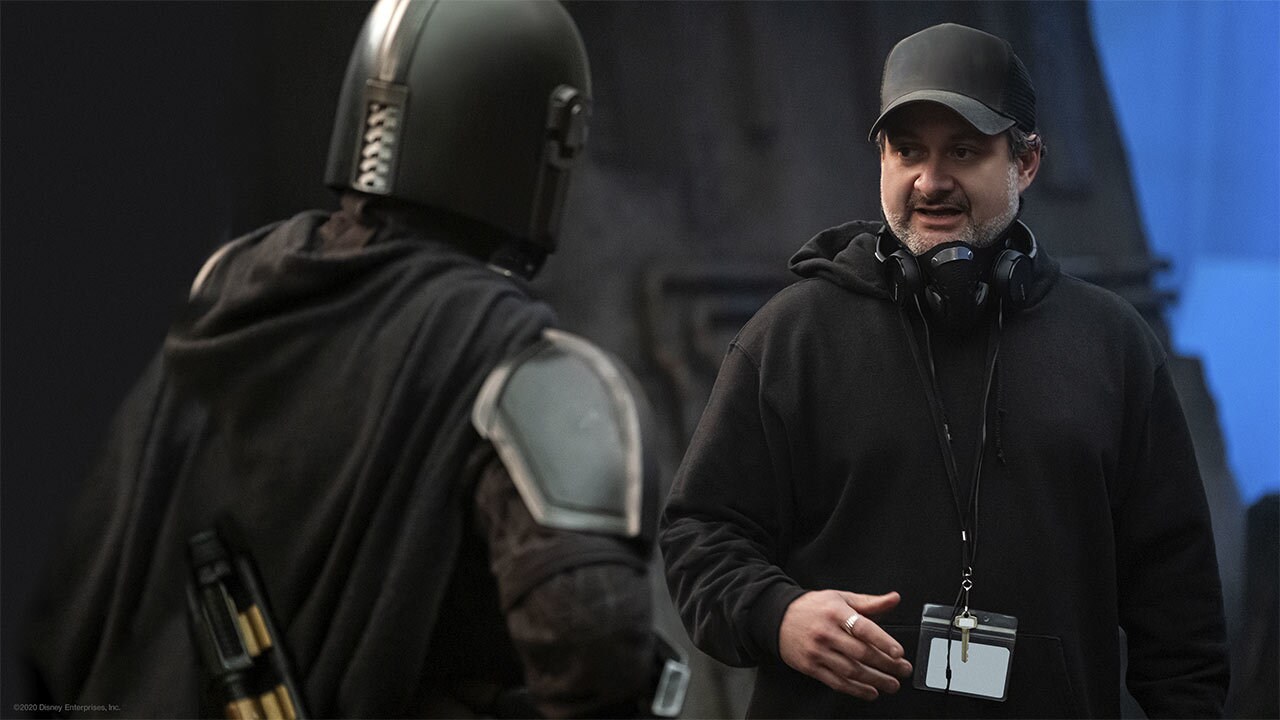 A sweeping Star Wars series needs an equally epic look behind the scenes, and that’s exactly what this Mandalorian documentary series delivers. The first season of the Disney Gallery series includes roundtable discussions with the producers and directors of each episode. From the themes of Star Wars at play in the story to the groundbreaking new technology developed for the series, everything about The Mandalorian is simply remarkable.

You’ll find these fascinating features all in one place, only on Disney+! Need to hear more movie-making secrets straight from the source? After streaming the content above, take even more steps into a larger world: