A Separatist admiral known for his cunning and ruthlessness, Trench commands the Separatist blockade of Christophsis, where Senator Bail Organa and his relief effort are pinned down and in danger of capture. Although Anakin Skywalker outwits him and Trench's flagship is destroyed, the skilled tactician survives to fight another day thanks to an array of cybernetic implants.

Fall of the Republic

Near the end of the Clone Wars, Admiral Trench resurfaced, badly maimed but rebuilt with the help of cybernetic implants. Still as ruthless as ever, Trench was the mastermind of a plan to turn the tide of the war by harnessing the clone trooper Echo's brain for Separatist strategizing. With the unwitting help of the fallen soldier, Trench and Wat Tambor created the algorithm, a complex system of machines that tapped directly into Echo's memories to anticipate the Republic's counter maneuvers and more easily ensure Separatist victories in combat. But Trench could not anticipate that Captain Rex and the Bad Batch would return for their fallen brother. Nor did he believe that any Jedi, even Anakin Skywalker, would strike him down. 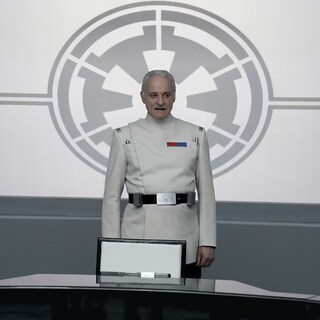 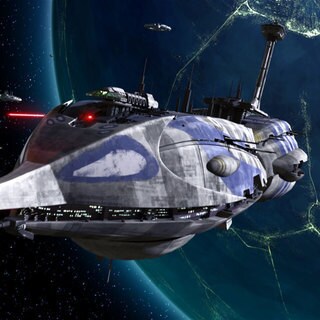