Vote for your favorite heroes and villains of a galaxy far, far away.

The LEGO Star Wars 2021 Minifigure Madness Tournament kicks off Friday, March 19, on @LEGO_Group’s Twitter page, where  you can vote for your favorite heroes and villains from across the Star Wars saga. There will be four rounds of matchups all leading to the Final, which will run April 4-6, and the winner will be announced April 7.

The tournament features 32 minifigure characters, grouped into four themed regions: Light Side, Droids, Dark Side, and Allies & Adversaries. Can Grogu beat Han Solo? Will Finn take down Chewbacca? You can get a first look at these matchups and more in the bracket below: 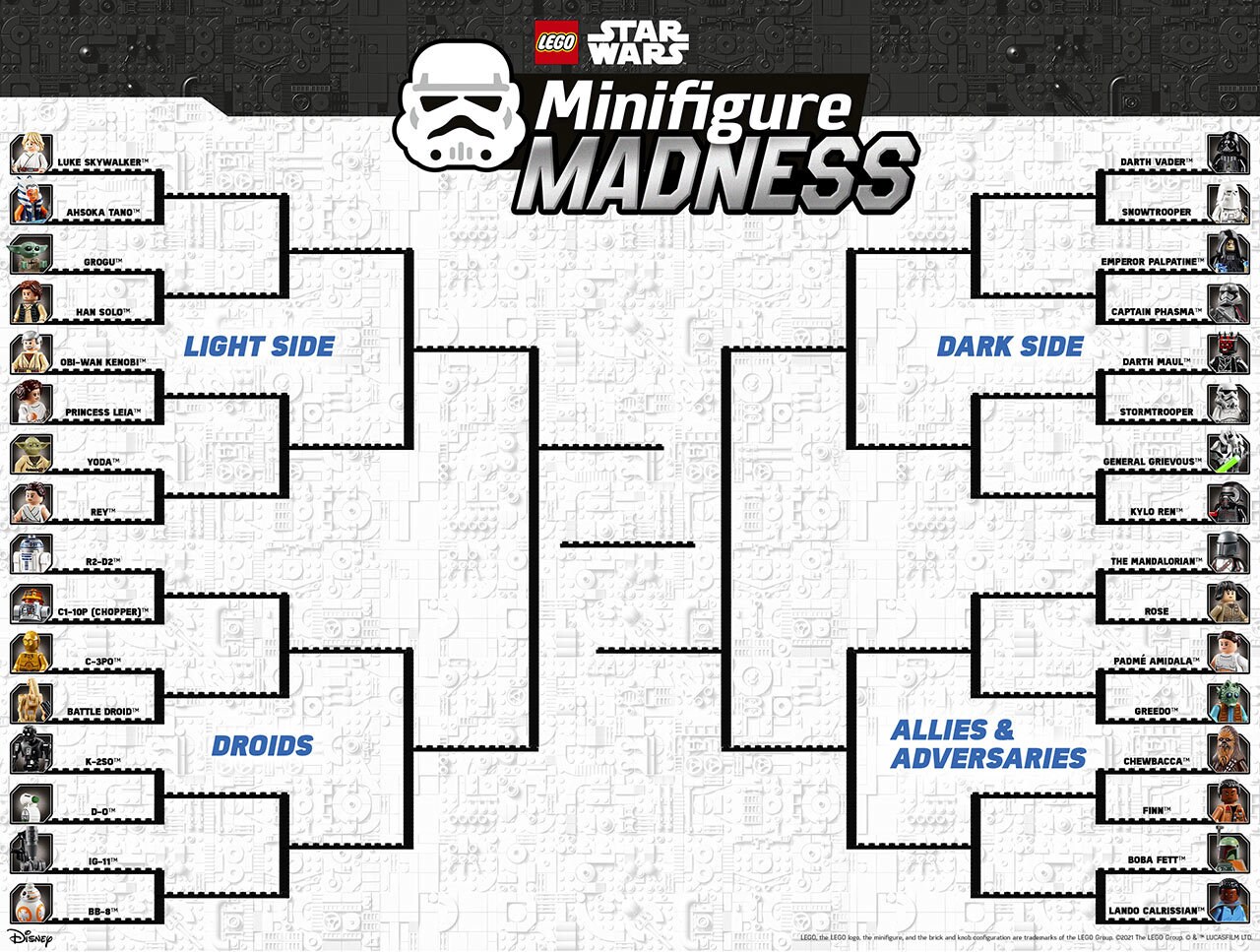 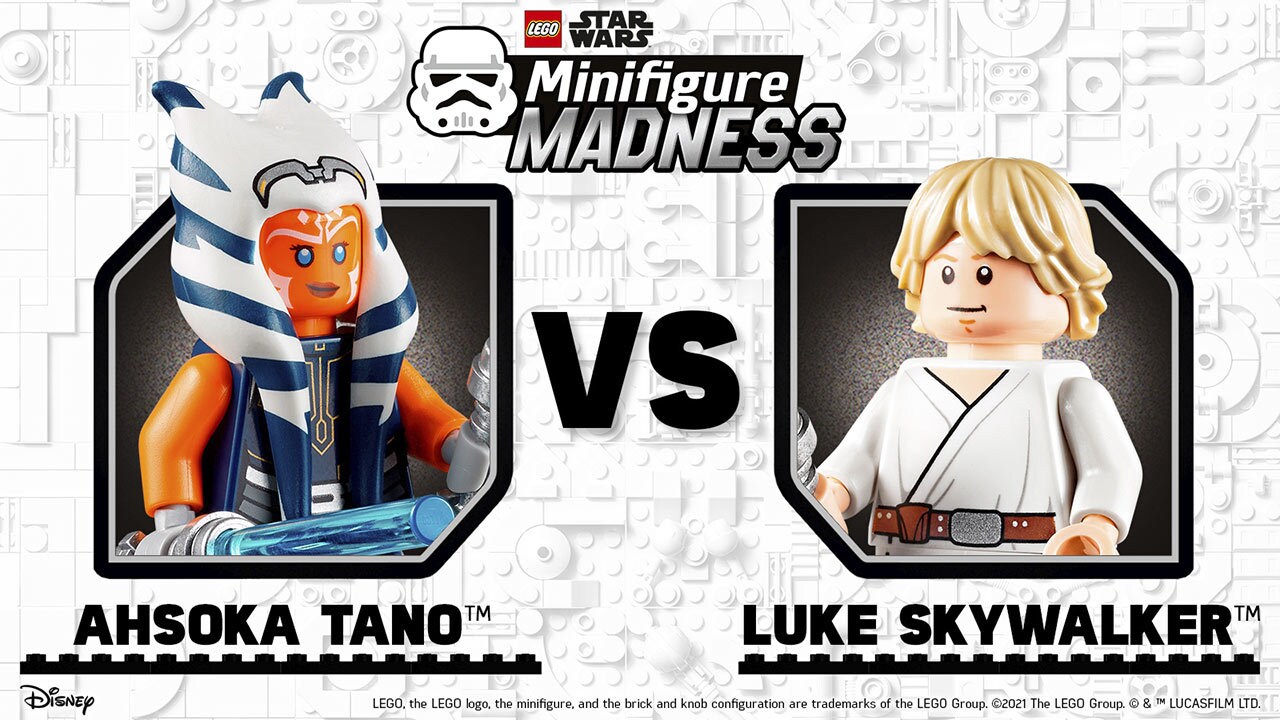 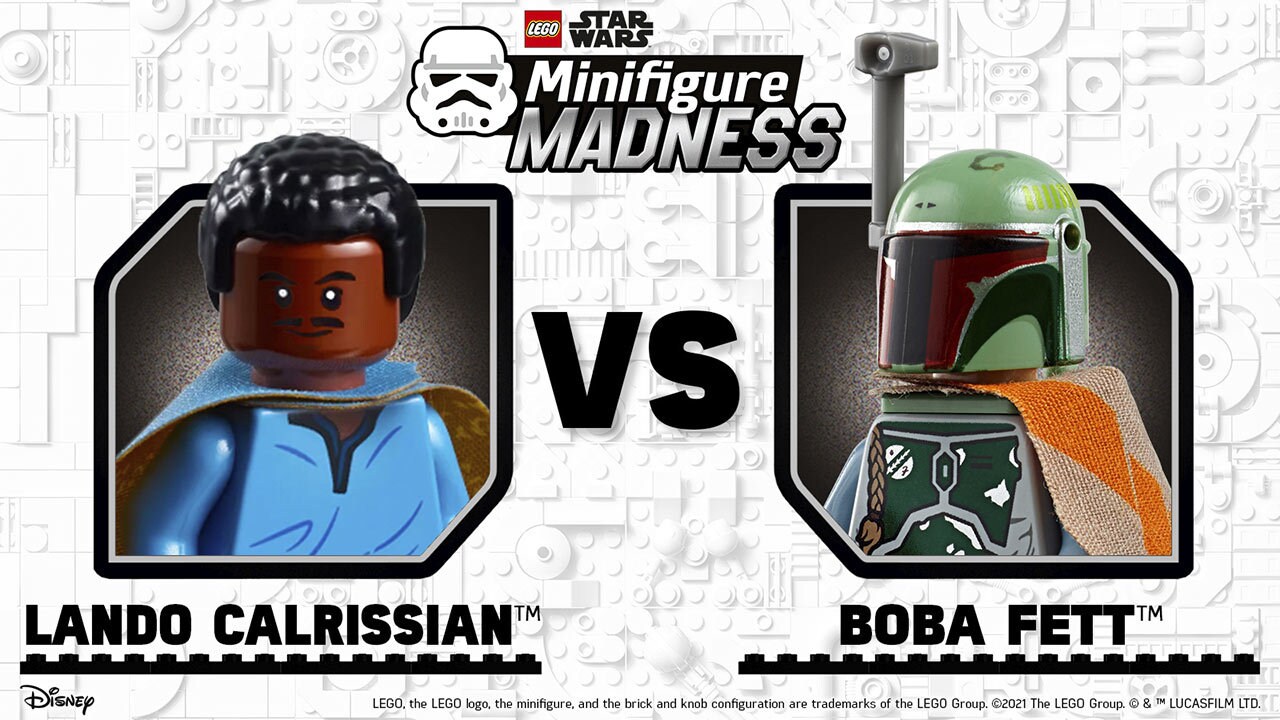 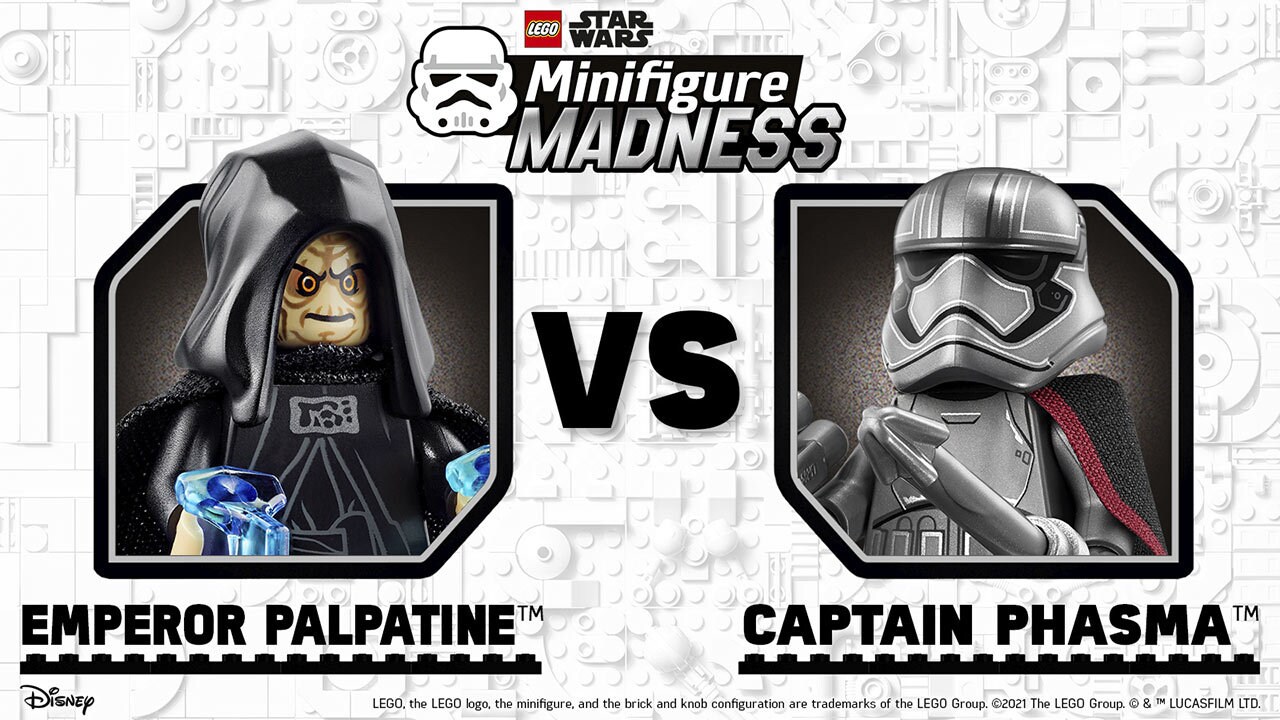 Will a Jedi be crowned champion? A Sith? A loyal droid companion? Feel the Force -- and the bricks -- and vote!