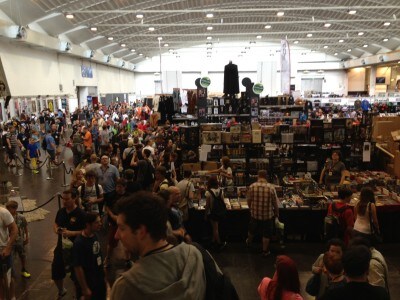 Star Wars Celebration Europe is here, and fans from all over the world have been enjoying the show's panels, exhibits, sights, and sounds. Walking the show floor and seeing all the costumers, fan-made props, and excitement for the future of Star Wars makes one thing very clear: The Force is strong in 2013, and it's the fans that make it so.

Chrissy Mitsch, a fan from Nuremberg, Germany, is attending her first Celebration -- dressed as Leia in a homemade medal ceremony costume from the end scene in A New Hope -- and feels the show is special for a few reasons. "It's the fans, first," she says. "And for us it's very special that the big stars come." This year's show features Star Wars actors and creators from all eras, including Mark Hamill, Carrie Fisher, Ian McDiarmid, and Lucasfilm President Kathleen Kennedy. Her friend Patrick Kalaa, dressed as a Jedi, adds, "It's the biggest Star Wars event [ever] in Germany. Wouldn't miss it."

Some fans came for the stars and camaraderie, but also for something more permanent: a tattoo. Alba Rectra, a member of the Rebel Legion from Spain dressed as a Jedi, got her first Star Wars tattoo at the show -- the Mandalorian symbol, even though it's slightly in conflict with the good guys the Rebel Legion celebrate. "It's not a usual tattoo," she says. "And I wanted a tattoo to remember this. It's my first Celebration." 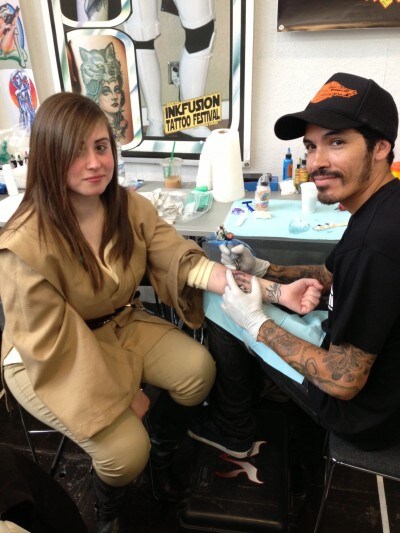 Henry Swindell and Elizabeth Newman from Manchester, England, came to Celebration together for the first time, winning a contest for tickets in Empire magazine. "Fans coming together to show what they've been [creating], I think it's fantastic," Newman says, and adds that from panels to exhibits, Celebration is more expansive than other fan fests she's been to. Swindell adds that he was most excited to see Episode II in 3D, and the Star Wars Rebels and Kathleen Kennedy panels. 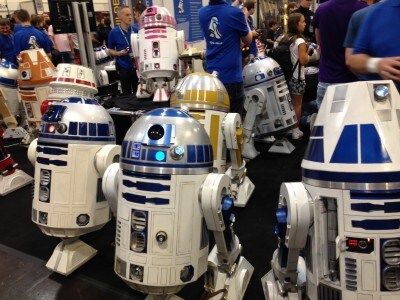 Two members of the 501st, Caroline Bokman and David Craig, came all the way from San Francisco. Seeing the movies in 3D and getting a picture with Ian McDiarmid were big draws, but the show is a different experience for costuming members of the 501st. "I've just been posing [for pictures] since I walked in," Craig says. "I've been to lots of other conventions, but being at Celebration in the 501st is like being a rock star. I love it...Having the costume on around here and getting stopped every 10 feet for pictures, it's really fun to make a kid's day. And some grownups'." But it's also special for another reason, Bokman says. "No matter what language, you know you all have something in common." 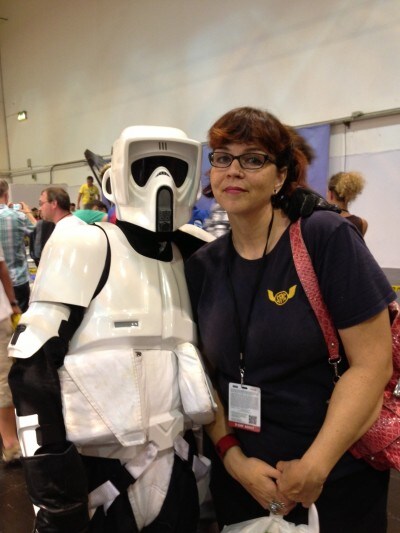 Feel free to share your Celebration memories and thoughts in the comments below.