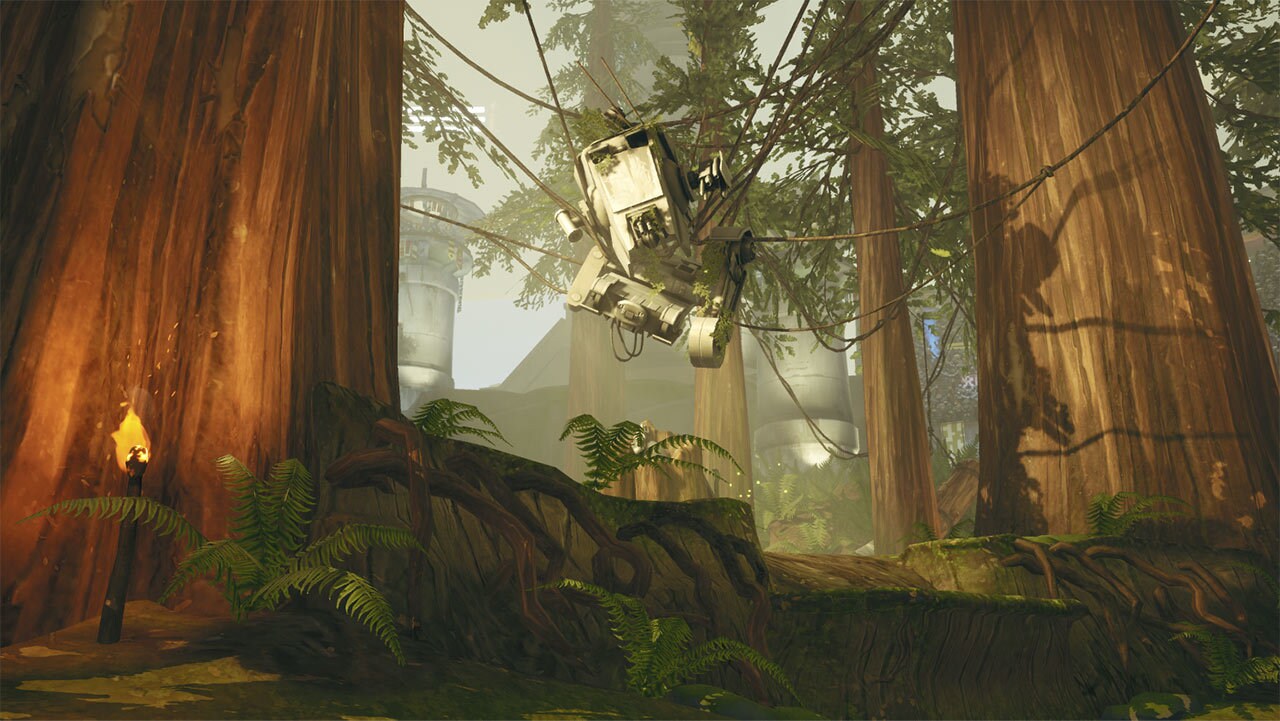 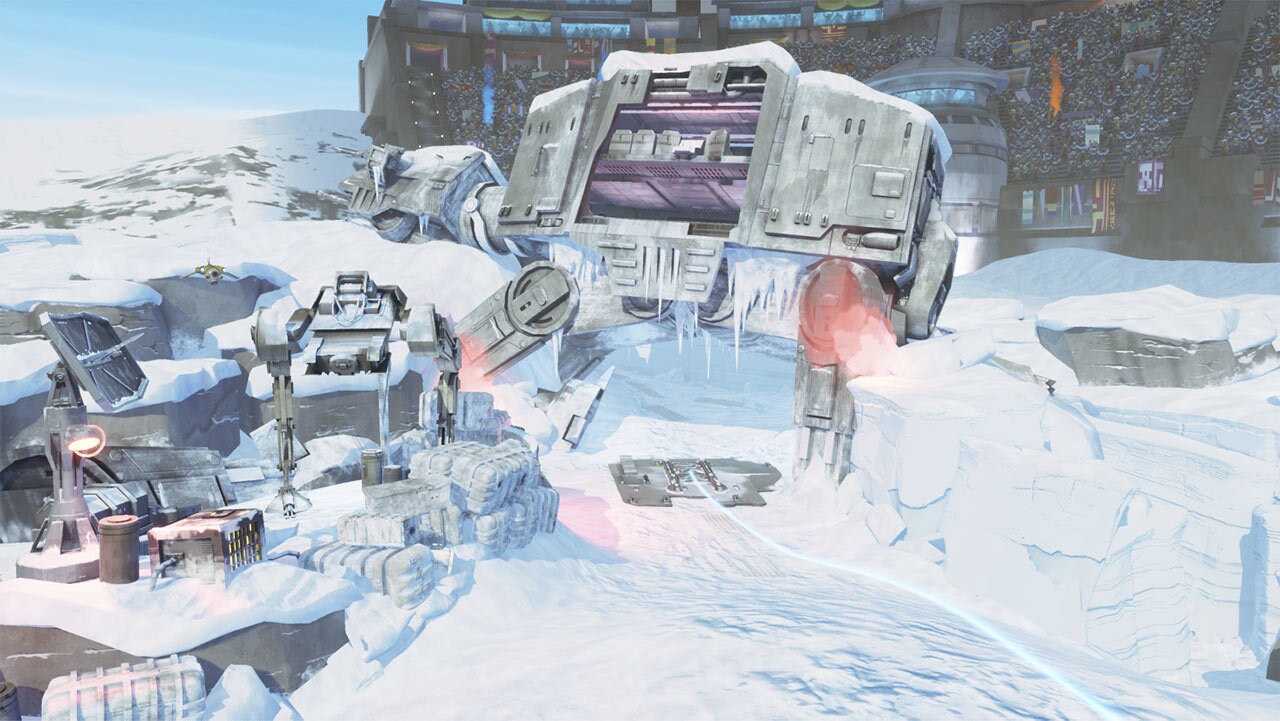 1. Hunters takes place after the Battle of Jakku, during a time of turmoil and opportunity across the galaxy. For continuity enthusiasts, this is an important detail. “In the real world, that puts us after Return of the Jedi and around the time of The Mandalorian,” said Kelsey Sharpe of Lucasfilm. “It’s a time of a lot of hope and a lot of promise.” The timeframe also helps inform some of the characters and their backgrounds, including a former Imperial and a Rebel Alliance-turned-New Republic loyalist. 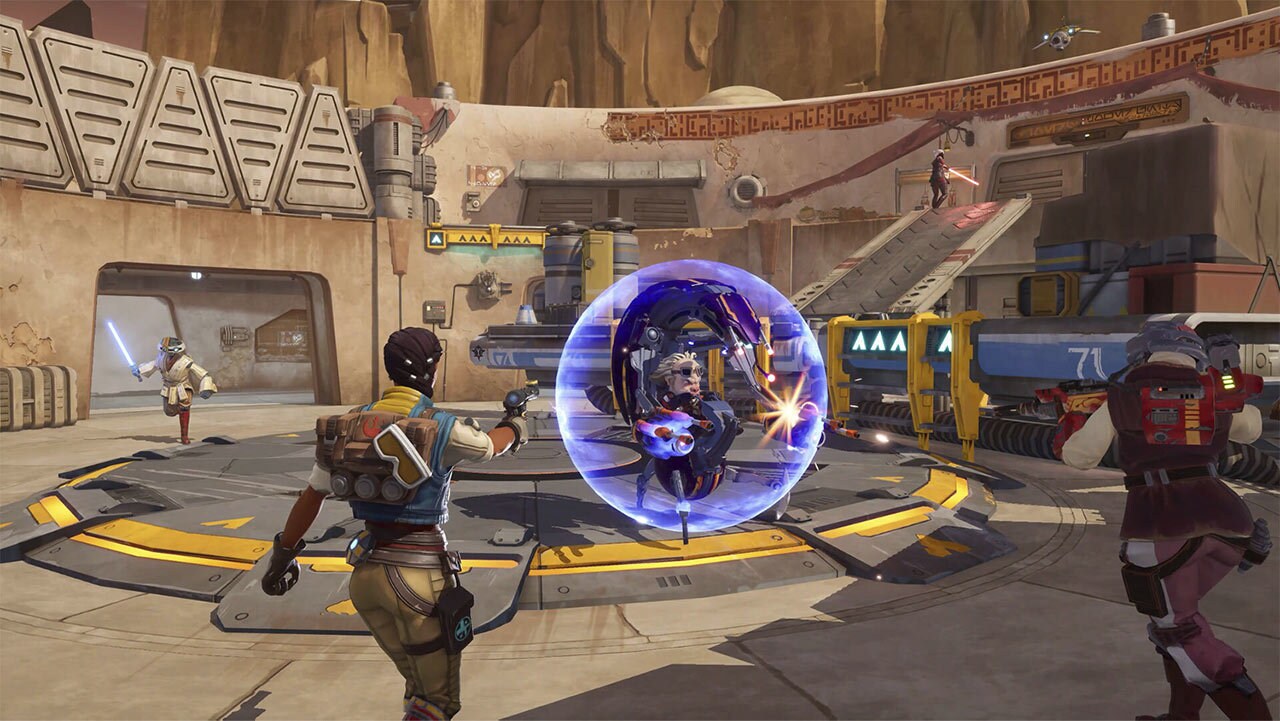 2. Zynga put together the initial prototype for the game in two weeks. The development of Hunters goes back five years, with about half of it being built with everyone in the office together and the other half remotely. Initially, a small team from Zynga sat down with Lucasfilm Games and brainstormed what kind of game it would be and what kinds of characters might be included. The team put together the initial prototype in a mere two weeks. “And it was amazing already,” said Jeff Hickman, senior vice president at Zynga. 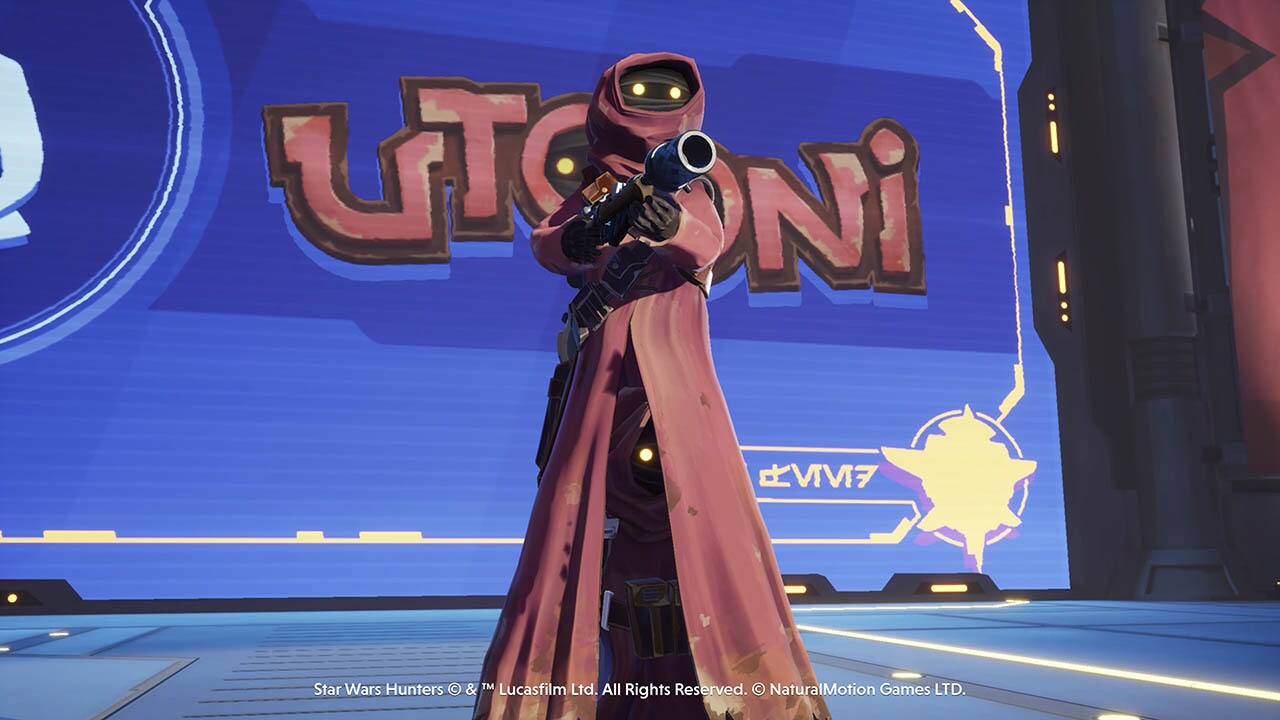 3. Two Jawas in a trench coat sum up spirit behind Hunters. Utooni was the favorite of panel moderator Amy Ratcliffe and certainly caught the attention of many fans when the initial trailer debuted last year -- but it’s also the sort of character who sums up what Hunters is really about. Initially, no one thought they’d be able to include a character that’s literally two Jawas stacked on top of each other in the game, but Utooni found their way in. “That fun and irreverence is such a core part of our brand,” said Sharpe before going on to draw parallels to the wise and esteemed Master Yoda who is also a “silly little goblin man,” noting that the duality is part of what makes him so iconic.

There’s more to this pair than just their fun, visual silhouette, however. From the original concept sketch, both the writers and artists had to think about why and how the two work together. “These are such fun characters to write,” said senior game designer Caitlin Conner. “They have this dynamic where they’re squabbling with each other.” 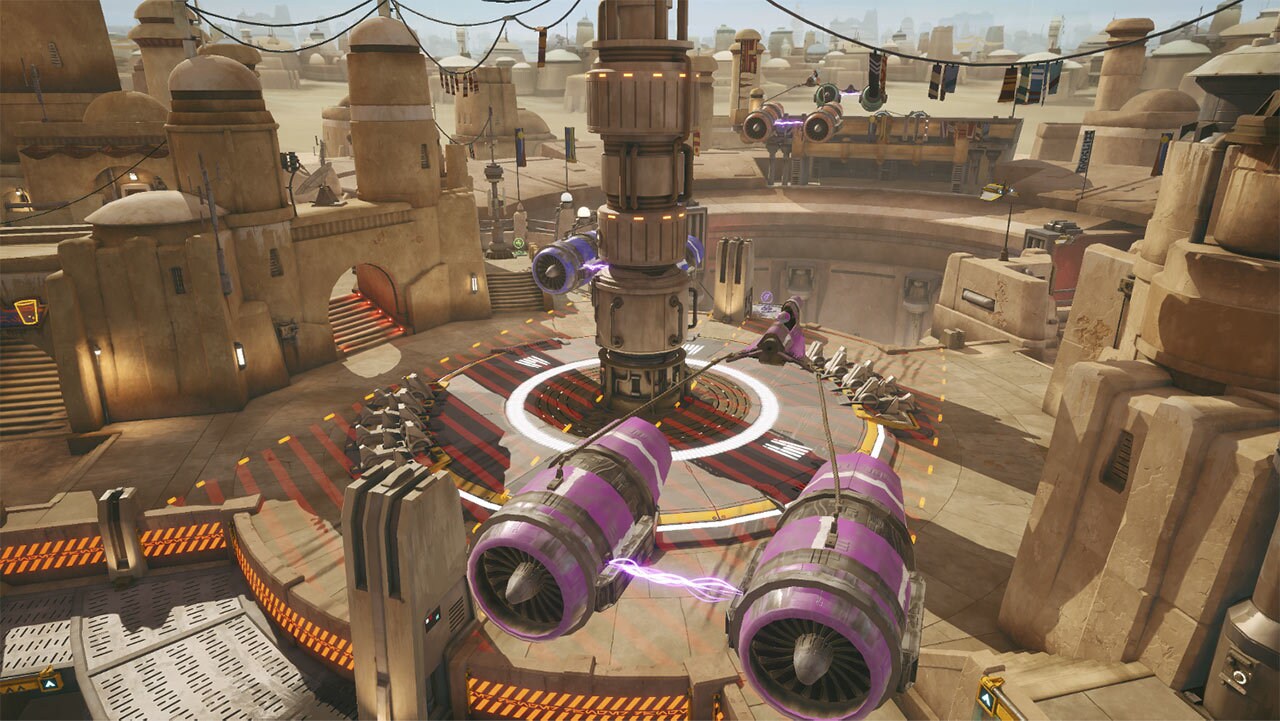 4. For the game's art style, developers went back to the ultimate source for inspiration. As with so many other Star Wars projects, the work of original trilogy concept artist Ralph McQuarrie was one of the jumping off points for the Hunters concept art team. “I don’t know how this is a job,” said lead concept artist Ross Burt. “I’m studying Ralph McQuarrie’s paintings!” Still, the team wanted to create their own unique style that would stand out, resulting in the colorful, heightened characters seen in the game.

In addition, the artists had to take into consideration how Hunters would be seen on both large and small screens thanks to the different platforms. “We had to think about color schemes, how we stylize things,” said senior concept artist Anna Kay. Characters had to be immediately recognizable in the arena; we’d say they succeeded. 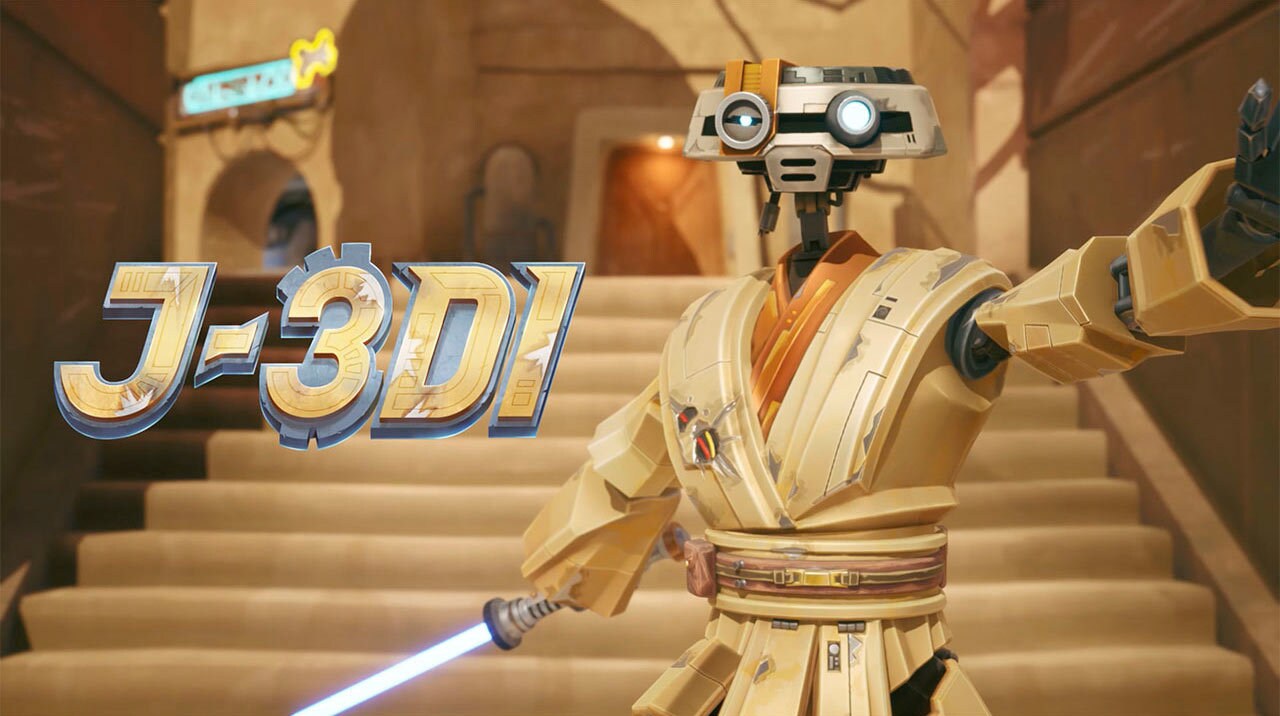 5. J-3DI’s design takes inspiration from other droids and…statues? When it came to J-3DI, the droid who visually captures the spirit of the Jedi, the concept artists went back to reference existing droids and droid parts. Burt cited the droid Huyang (from Star Wars: The Clone Wars) and archives droids from Star Wars: Attack of the Clones as specific points of inspiration for J-3DI, along with real world items like a VCR. Thanks to a conversation with Lucasfilm Games, the Statue of Liberty also ended up being a point of inspiration for how to show fabric made from metal. Eagle-eyed fans might recognize a little design detail that’s a nod to a Padawan braid on J-3DI, which is one of the many things that helps distinguish the character’s silhouette. 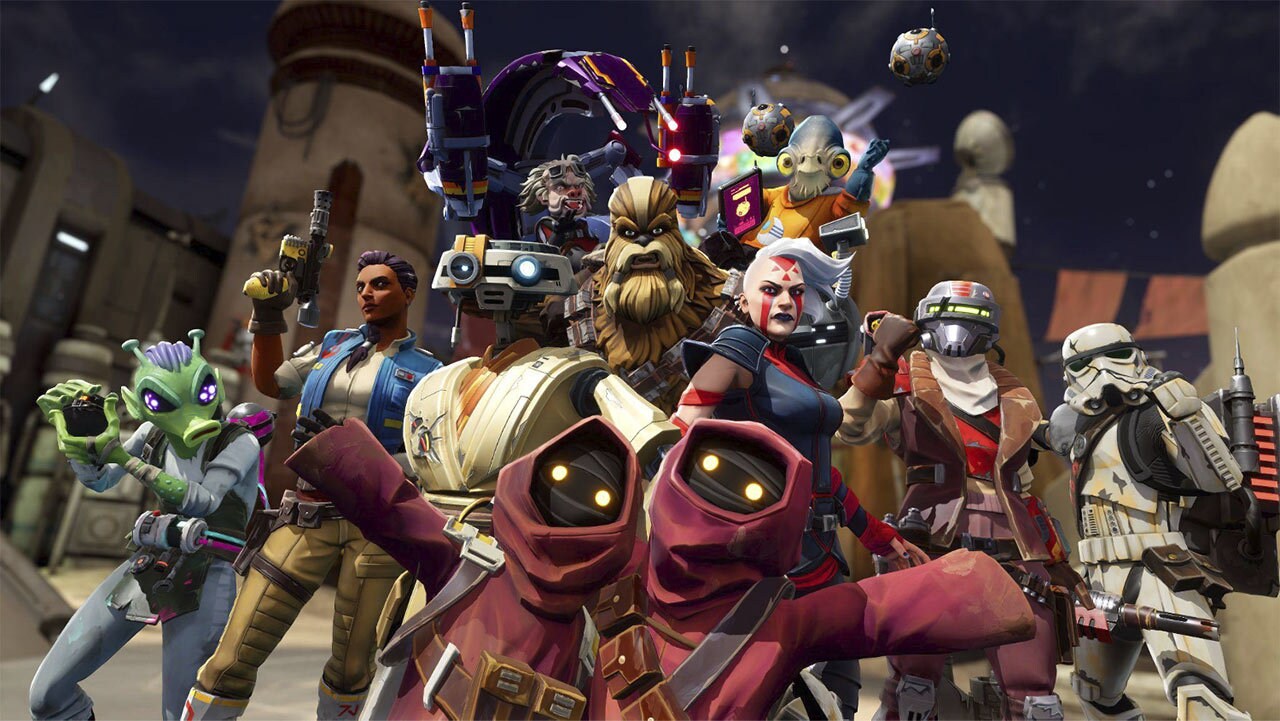 6. Characters have established rivalries and friendships. All of the characters in the Arena have in-depth backstories and, as a part of that, established dynamics with other characters. This includes both friendships and rivalries, the latter of which applies to Slingshot and Utooni. Utooni, the Jawa duo, is constantly trying to scavenge Slingshot’s droideka, which is driven by the Ugnaught, Dizzy, for parts; Dizzy, however, sees the droideka as a part of his family.

7. Dress for the arena-combatant job you want. All of the characters have different variations for their starting outfits, which players can customize as they choose. Climate will also impact character gear, as different arenas such as Hoth will influence some of the variants. What we’ve seen so far in screenshots and trailers is just their variant outfits; if anyone wants some hints of the looks to come, Zynga’s panel giveaway was an incredible double-sided poster with key art on one side and an action figure-esque lineup of the characters -- and some of their variant looks -- on the other. We're happy share the character-lineup image below. 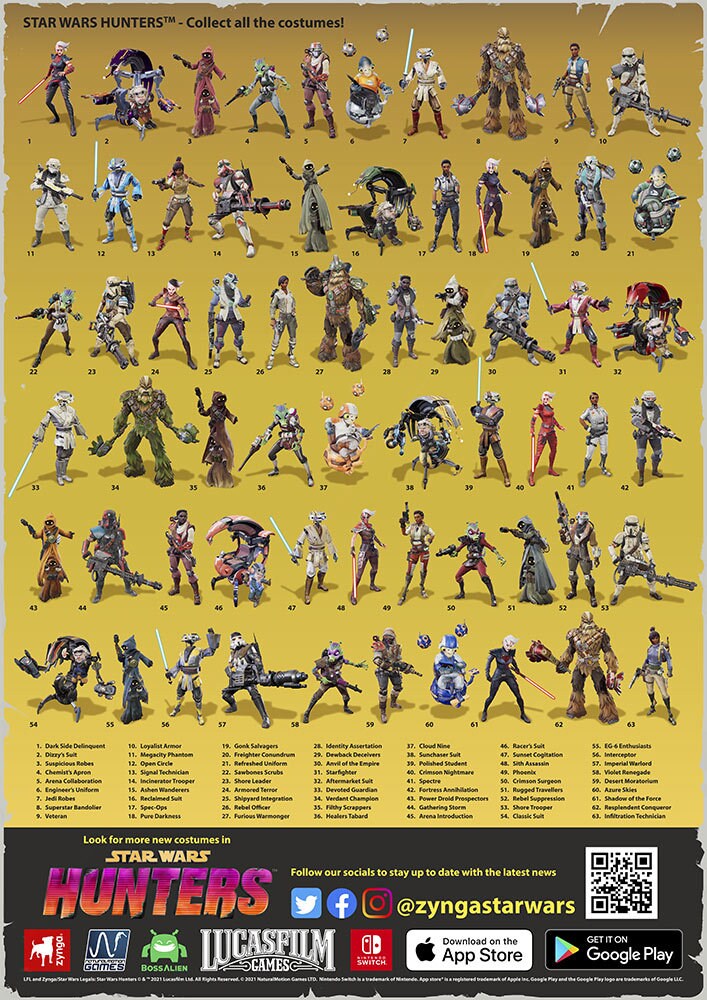 And cosplayers? The Hunters team is extremely ready and excited to see your takes on the costumes for their characters. Senior concept artist Anna Kay is particularly excited to see any future Rieve cosplays, so get those sewing machines ready.