Learn more about Star Wars: Yoda and other comics from a galaxy far, far away.

It’s been seven years since Marvel relaunched its take on Star Wars comics and the stories there are still going strong. Moderated by Marvel editor-in-chief C.B. Cebulski, Star Wars Marvel comic book writers Rodney Barnes, Chris Cantwell, Jody Houser, Ethan Sacks, Cavan Scott, Charles Soule, and Alyssa Wong took to the stage during Star Wars Celebration to talk about their current projects and to tease a few forthcoming ones. Here are 8 things we learned at the panel. 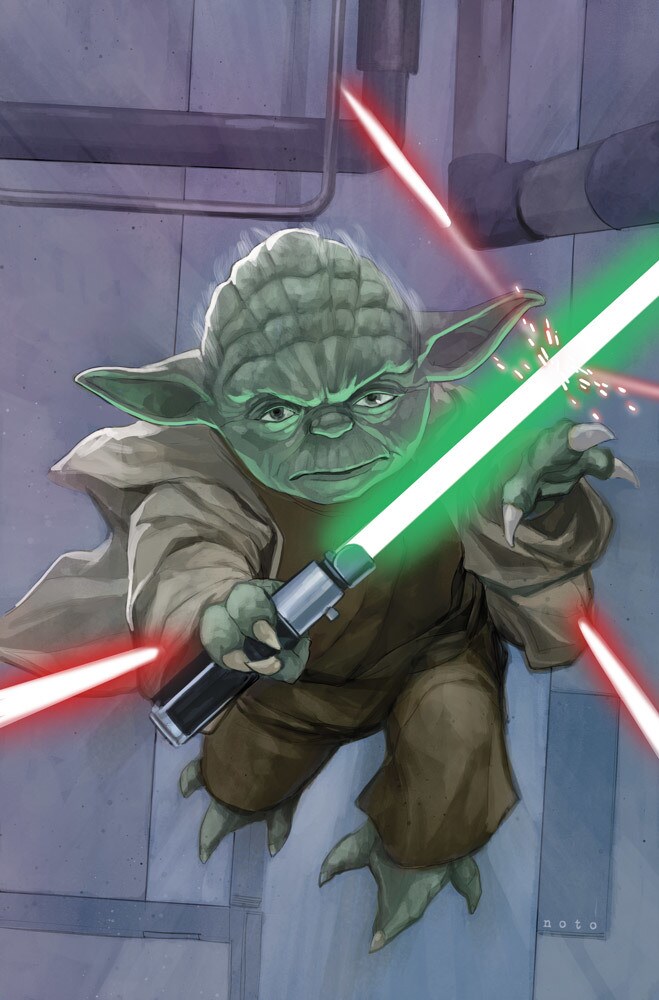 1. Star Wars: Yoda arrives this October. The Star Wars comic line is expanding in October with a miniseries focusing on the Jedi Master. The series takes place between Star Wars: A New Hope and Star Wars: The Empire Strikes Back with Cavan Scott and Nico Leon tackling issues #1-3 and #10, Jody Houser and Luke Ross on #4-6, and Marc Guggenehim and Alessandro Miracolo on issues #7-9. “Perhaps Yoda is not ready to return to the galaxy that he left long ago so the Force has decided that the teacher needs to be taught a lesson,” said Scott. Each arc will find Yoda reflecting on his past. Issues #1-3 will go to the days of the High Republic and features Yoda at the youngest we’ve ever seen him and out living amongst the community and teaching younglings outside of the Jedi temple. Issues #4-6 are set a few decades before Star Wars: The Phantom Menace and also feature a familiar yet far younger face in the form of Dooku. “[Yoda] has really sensed that Dooku is planning to leave or anything but he has felt a distance there,” Houser said about her own arc. 2. The Star Wars comic writers coordinate. The Star Wars comic writers for Marvel have a weekly call to talk about all of the different stories they’re working on, which has helped them all to connect elements from their stories together. Charles Soule sited ties between his work on the Crimson Reign storyline and Marc Guggenheim’s Han Solo and Chewbacca run including how the Archivist is featured on the cover of Han Solo and Chewbacca #4.

3. Future Doctor Aphra issues could have broad implications. Doctor Aphra writer Alyssa Wong was tight lipped regarding exactly what those implications are, but when it comes to the titular doctor, it could be anything. Currently, Aphra is dealing with a dark cult called the Ascendant. “They’re kind of like cosplayer Siths,” Wong offered as an explanation for who they are. “Expect it to get weird because it is getting weird.” 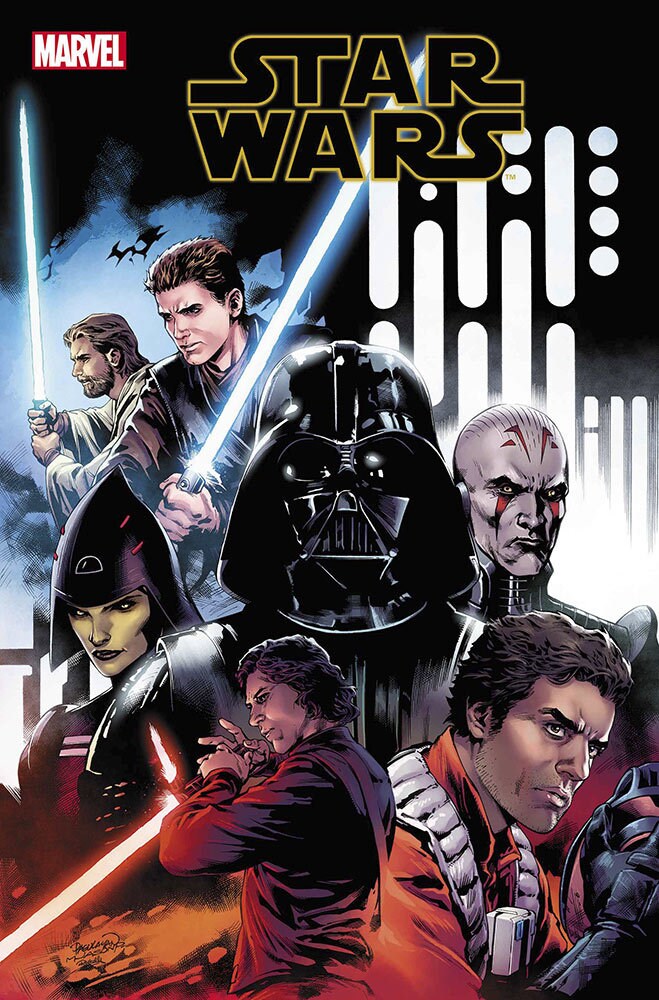 4. The flagship Star Wars comic will hit a landmark this summer. The Star Wars comic is now firmly in the time between Star Wars: The Empire Strikes Back and Star Wars: Return of the Jedi with the Rebel fleet scattered in the aftermath of Hoth. Soule teased the wrap up of Phase 1 of his story with issue #24 with a hunt across a planet between Princess Leia and Tarkin’s former protégé, Commander Zahra. In July, Star Wars #25 also marks Soule’s 100th Star Wars comic. In honor of that, the issue is an anthology of team ups with the original artists from Soule’s runs writing Darth Vader, Poe Dameron, Obi-Wan & Anakin, and The Rise of Kylo Ren. Meanwhile, issue #26 will kick off a brand new arc and direction. Expect to see the characters, especially Luke, start to move towards the versions we eventually see in Return of the Jedi. “I thought it was time to really start drilling into some of that progression in a much more specific way,” said Soule. 5. Bounty Hunters is also reaching the end of an arc. Both writer Ethan Sacks and Cebulski didn’t let on too much about what readers can expect in the forthcoming issues. “There may or may not be a very sad moment in #26,” said Sacks. 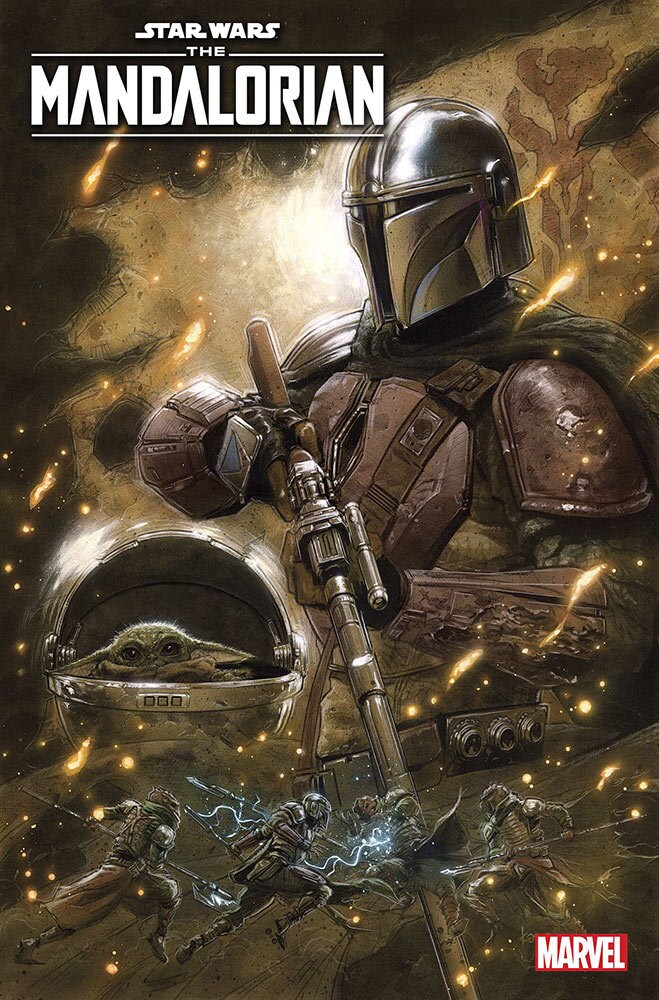 6. Adapting a story can be simultaneously easy and hard. “This has been both the easiest and toughest job I’ve ever had,” said Barnes about his work adapting The Mandalorian into comic book form. Expectations are certainly high; it’s one of the best-selling comics of the year so far and it hasn’t even come out yet. Barnes noted the trick is figuring out how to plot and pace each episode into a 30 page comic. 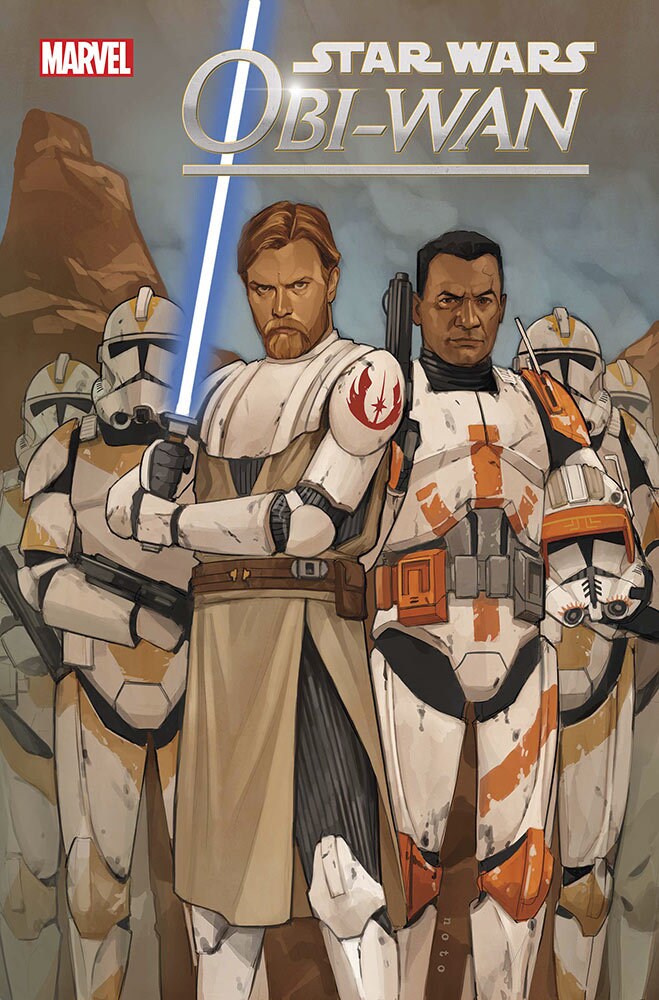 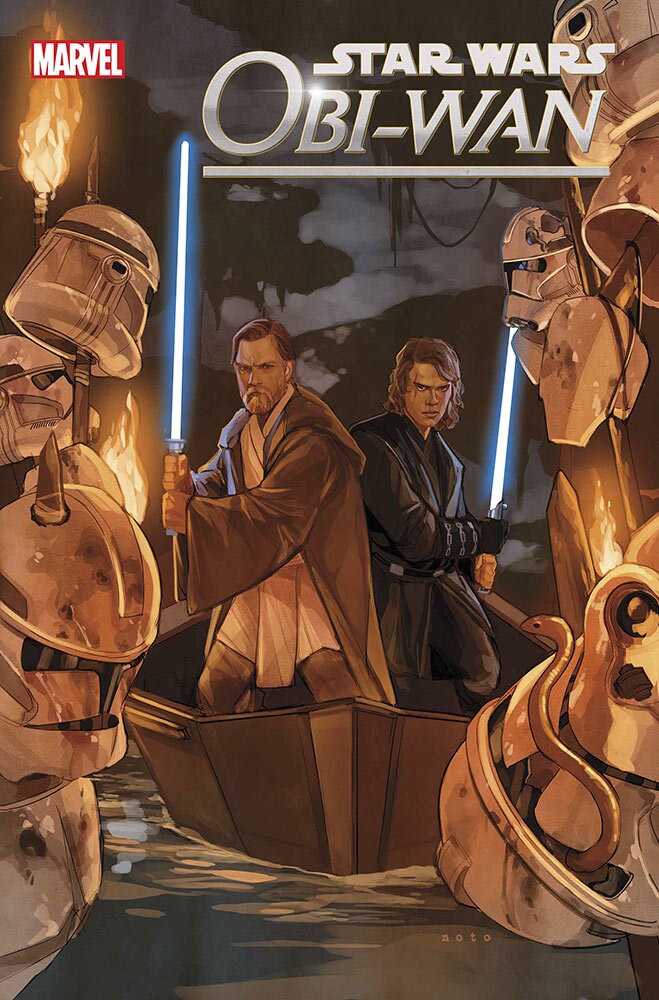 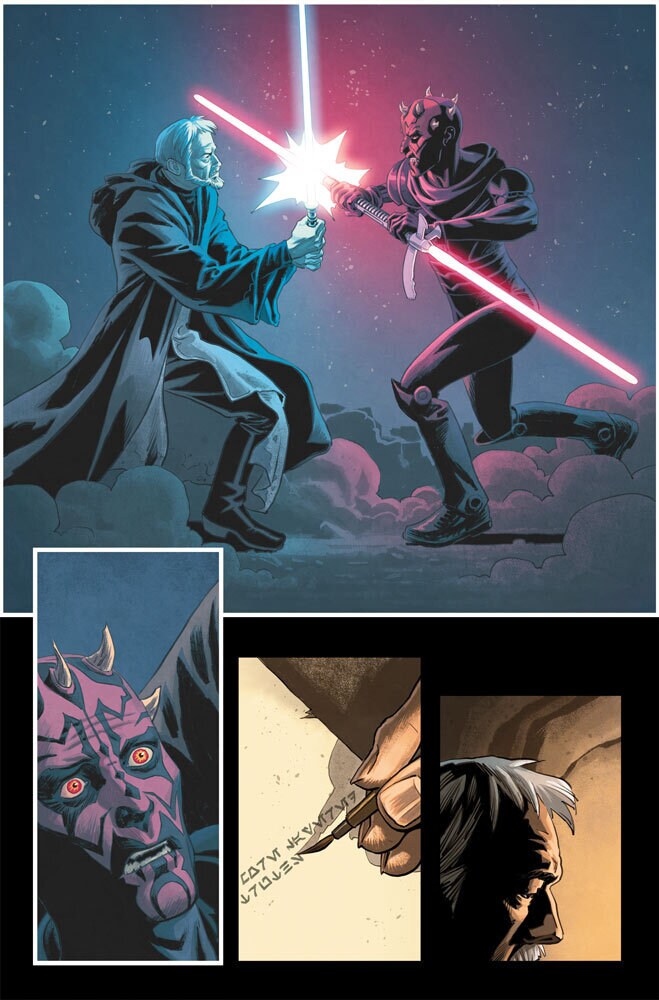 7. Obi-Wan is an anthology series. Chris Cantwell’s take on Obi-Wan Kenobi is a five issue anthology that spans the character's entire life. “The concept is fantastic for this book because Star Wars, as everybody knows, is so massive and endless that you don’t know where to start and to place a pin,” Cantwell said. Issue #1 is a story from Obi-Wan’s youngling days, issue #2 features him as a Padawan, issue #3 is a Clone Wars story, issue #4 is set before things start to fall apart before Revenge of the Sith, and issue #5 falls far closer to A New Hope.