The comic-book miniseries kicks off with unsettling questions following tragedy at the Republic Fair.

After the shocking events at the Republic Fair as depicted in the novel Star Wars: The High Republic: The Rising Storm, Jedi lie dead and there are seemingly no leads as to who’s behind the attack. But Jedi Knight Emerick Caphtor and in-demand private eye Sian Holt are on the case. In StarWars.com’s exclusive first look at Marvel’s upcoming miniseries Star Wars: The High Republic: Trail of Shadows, both investigators begin a journey to solve this troubling mystery…

Trail of Shadows #1, from writer Daniel José Older and artist David Wachter, with a cover by David López, arrives October 13 and is available for pre-order now on Amazon and Comixology, and at your local comic shop. 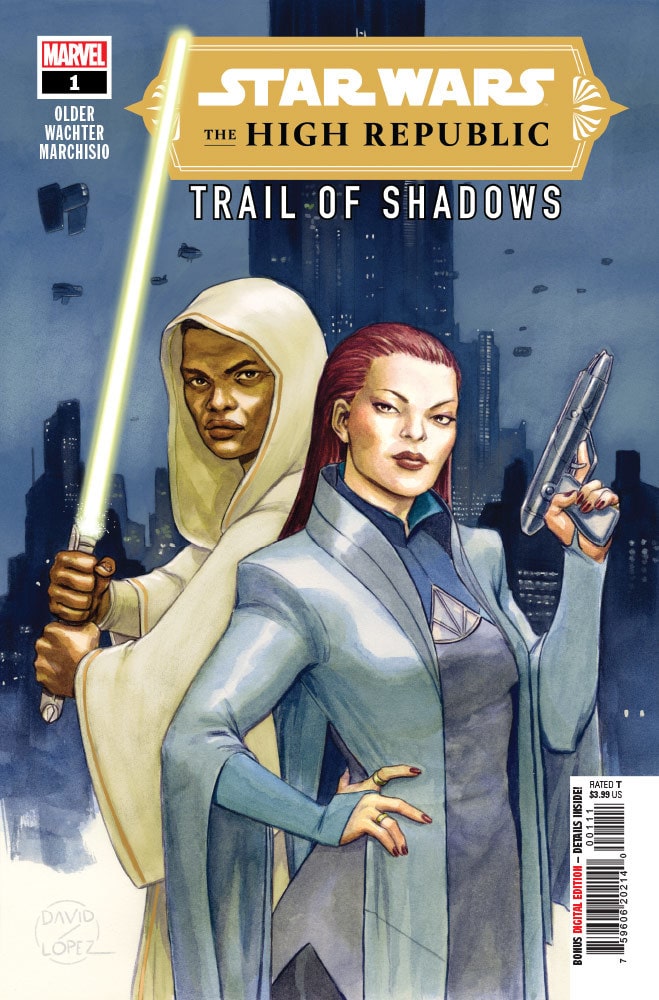 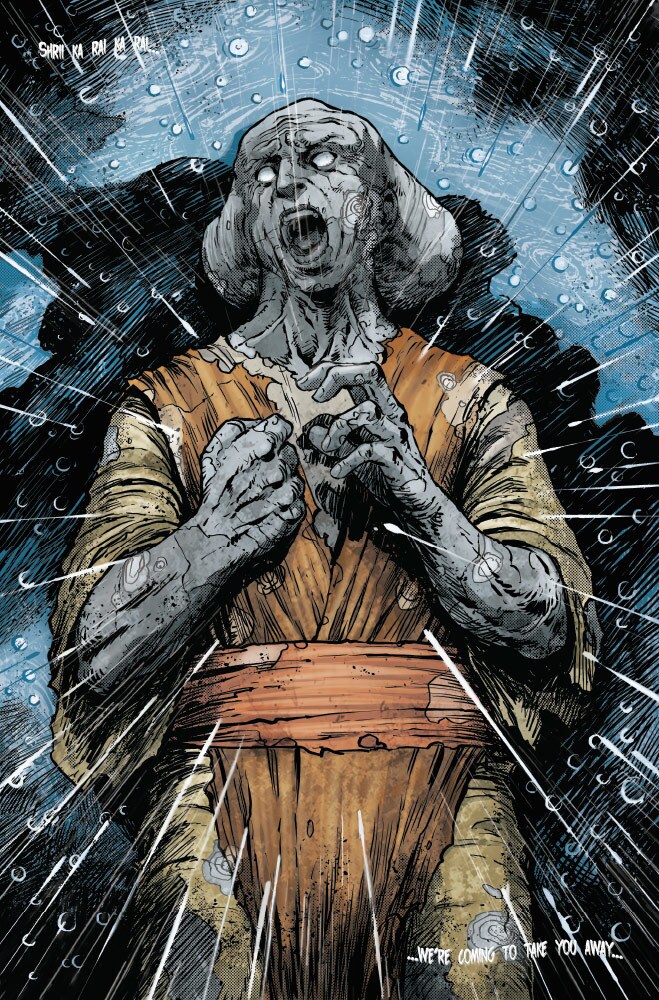 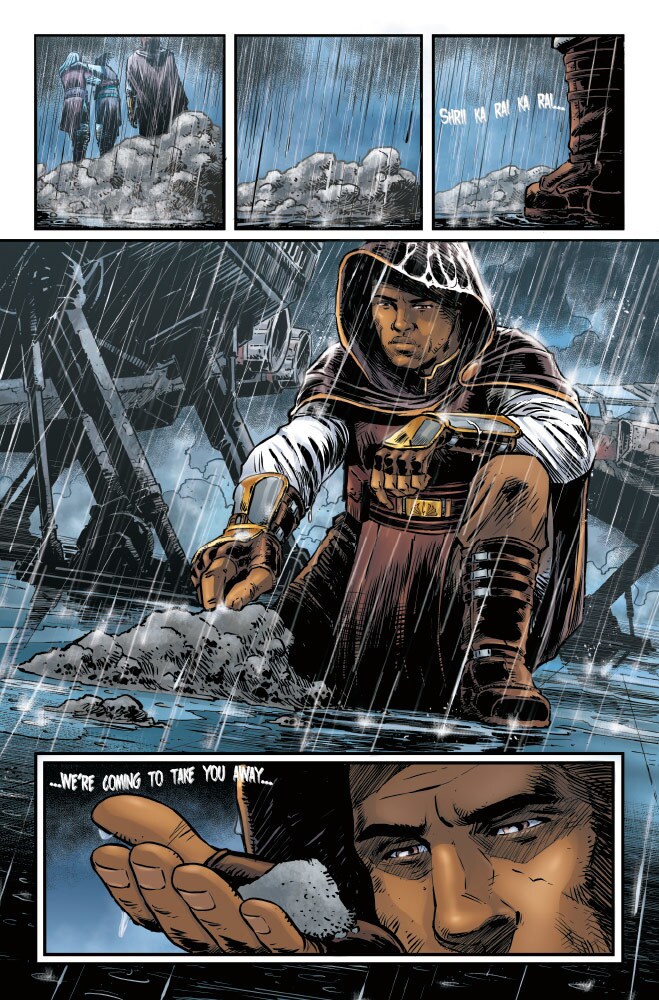 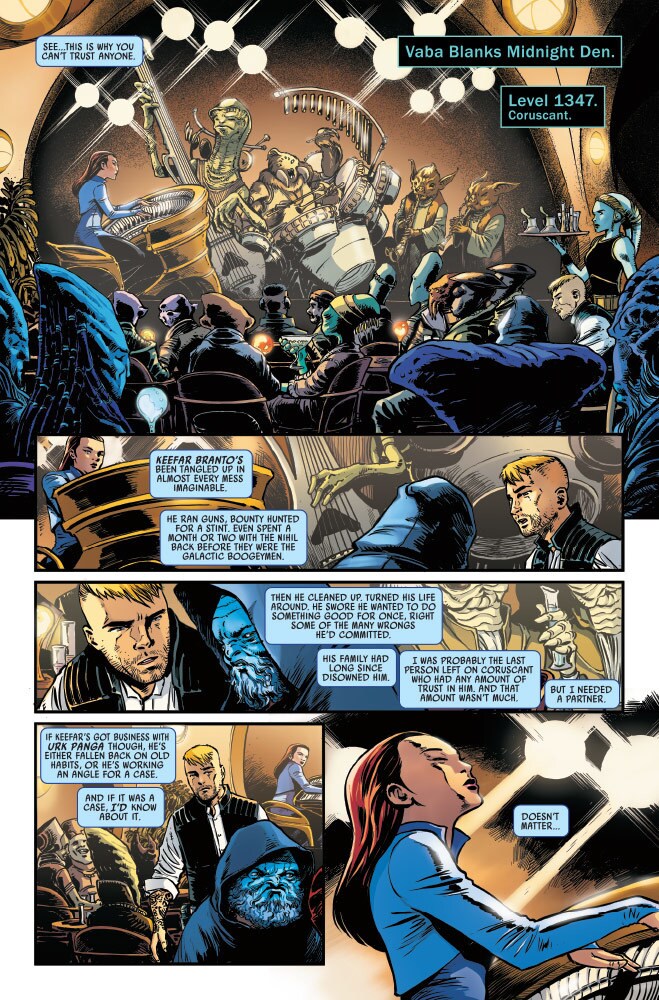 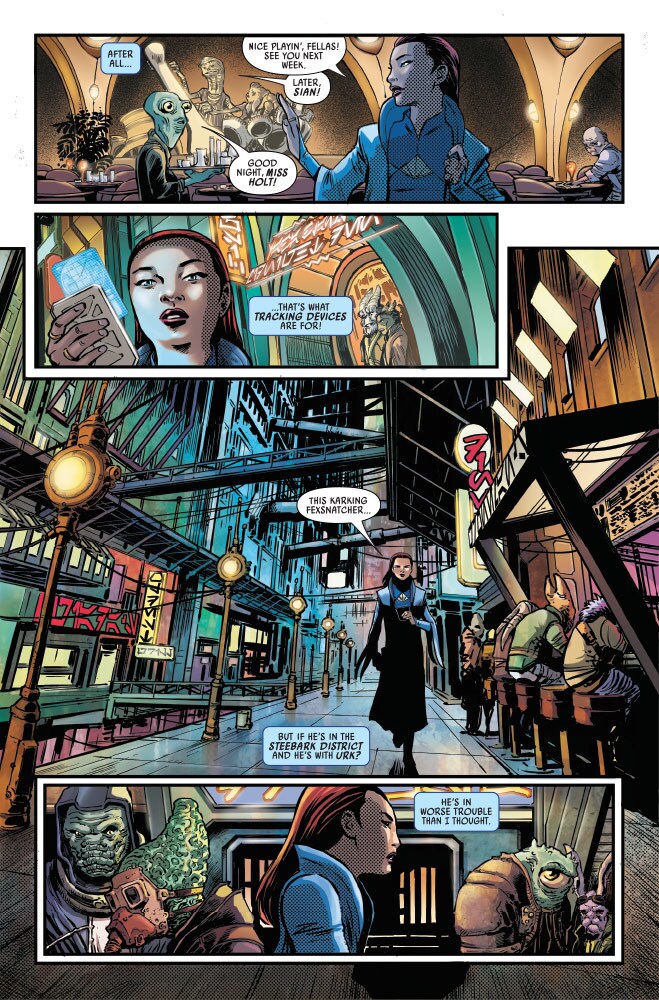