Collectibles in a Can: Star Wars Gets the Funko SODA Treatment

When Seth Watkins, creative director at Funko, develops a new design style for a collectibles line, he almost always starts with Luke Skywalker, Darth Vader, and Chewbacca. Even if those characters aren’t on the release slate.

“They each present very different challenges: facial likeness, hands and clothing, hard surfaces and details, and how to stylize hair and fur. I must have drawn these guys a thousand times in a hundred different styles!” he tells StarWars.com. “With these three characters you can answer almost all the questions that need addressing for any other character from any other license.”

It looks like that exercise will finally pay off in a more direct way for Funko’s SODA line, as the galaxy far, far away is set to join the vinyl figure-in-a-can series. First up are two Star Wars icons -- including one who isn’t part of Watkins’ design warmups -- in Luke Skywalker and Boba Fett, both inspired by their looks in Star Wars: The Empire Strikes Back. You can get a first look below before the figures arrive this month. 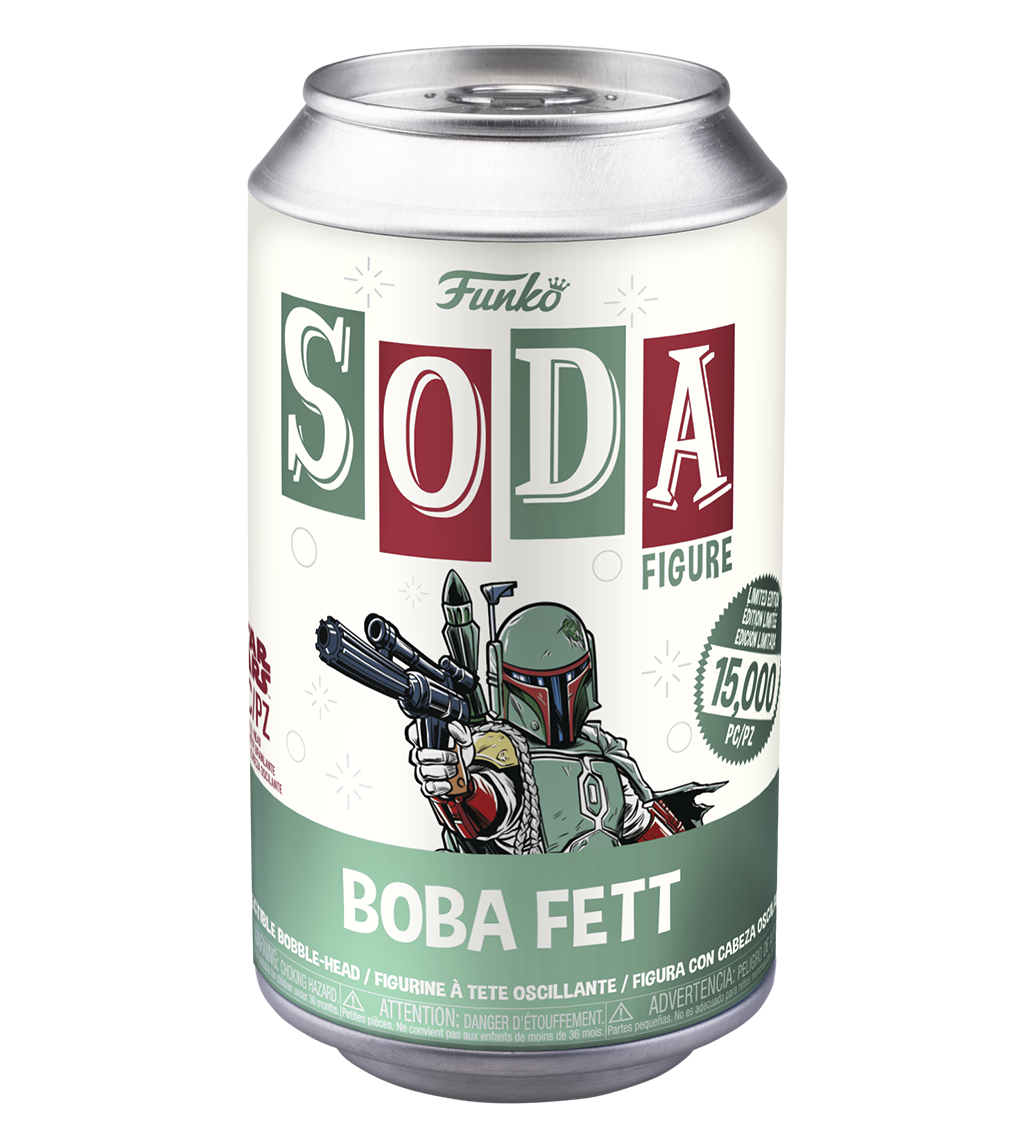 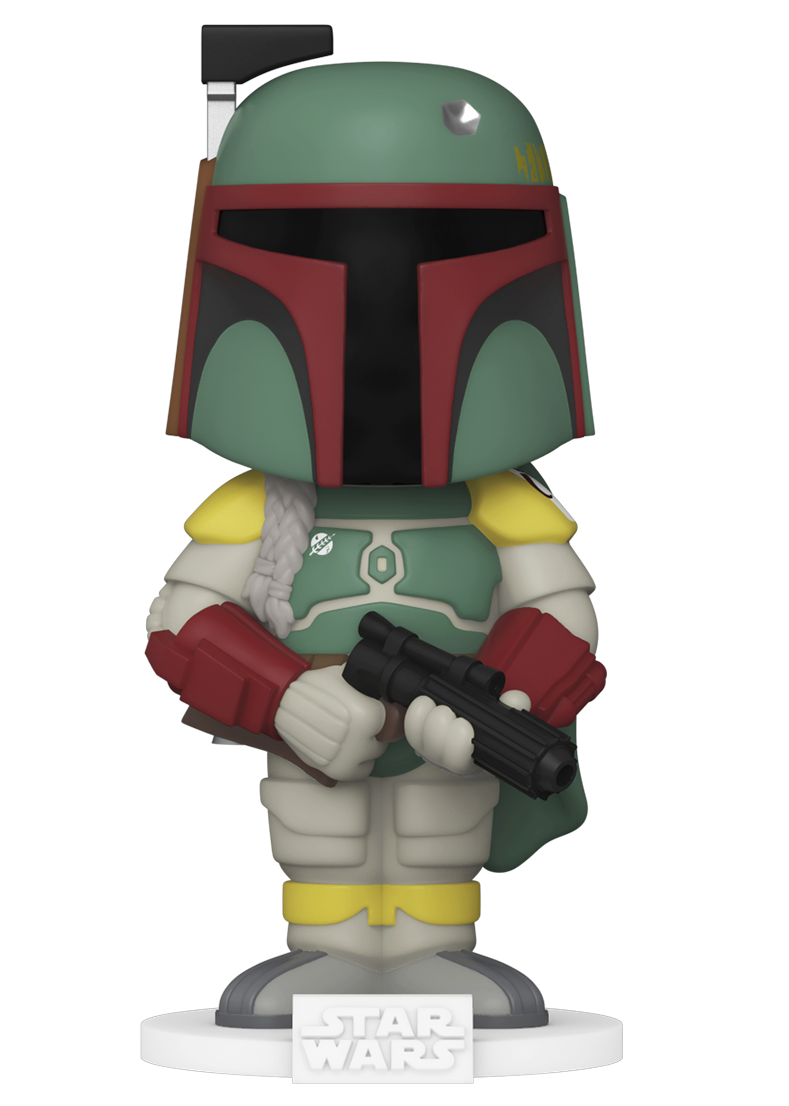 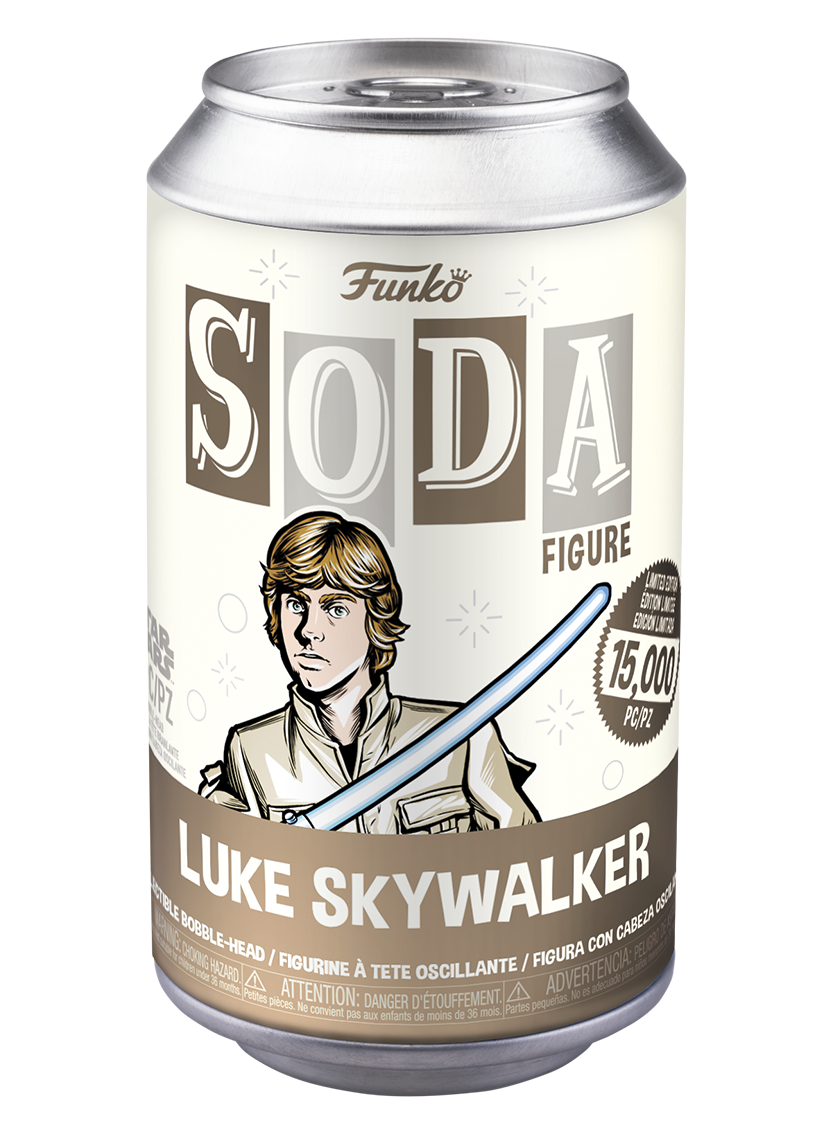 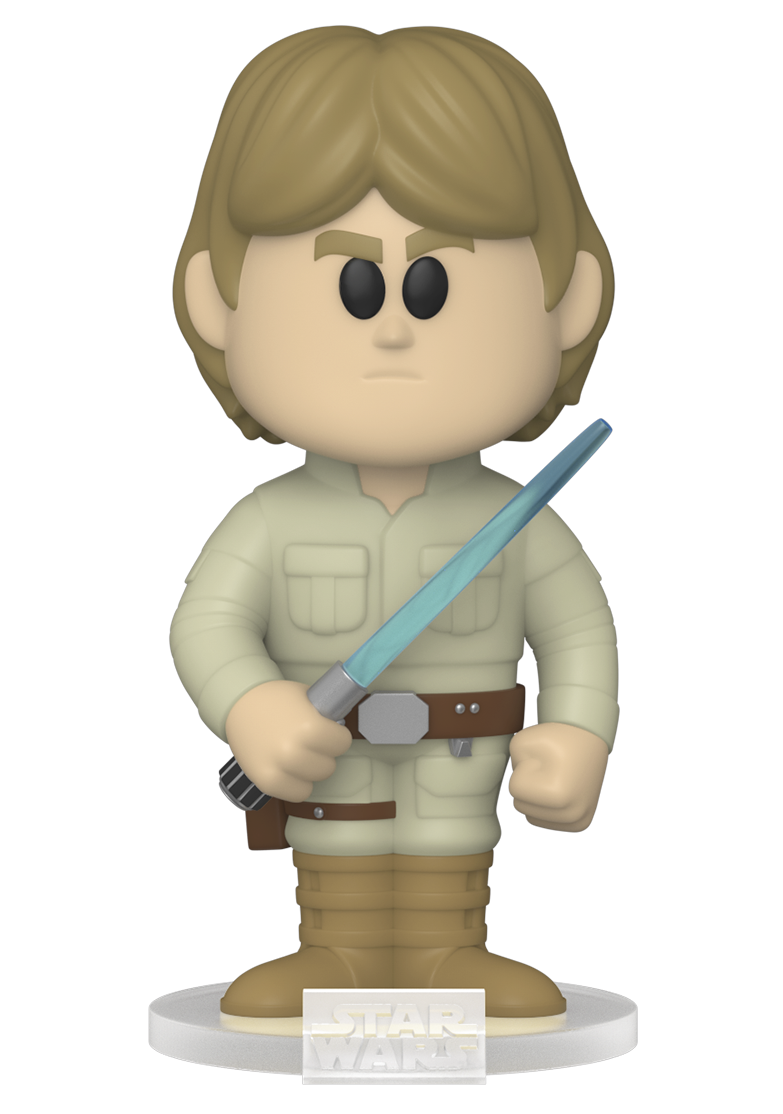 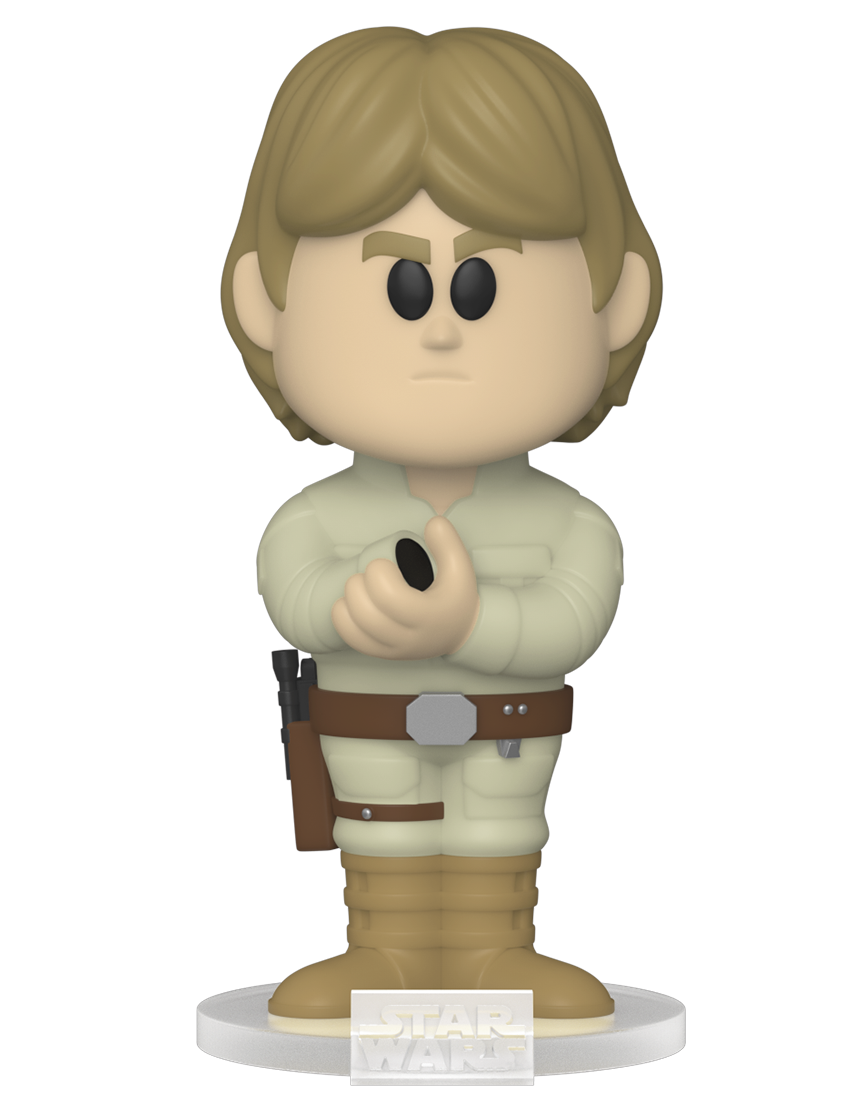 “Luke was fun to design; with the human characters it’s not so much getting a recognizable likeness to the actor as trying to get a sense of the character through pose and expression,” Watkins says. “Finding a balance between the SODA style and keeping the character ‘on model’ for villains is also tricky. SODA is cartoony but you don’t want the characters to look goofy. We went through several iterations with Boba Fett before we found the sweet spot -- he’s cute and badass in equal measures!”

In the SODA series, four-inch vinyl figures come packaged in an actual can -- to be clear, there’s no drink or liquid included -- that features a retro ‘60s design, making for a cool collectible on its own. As with every SODA collection, each figure features a “chase” variant that differs from the common figure’s design, which collectors have a one in six chance of uncovering. The new Star Wars SODA figures include the all-white, prototype-armor Boba Fett chase variant, and a post-duel, sans-hand Luke chase. But this is just the start for Star Wars and SODA.