Star Wars: Force for Change Ignites Goodwill Around the World in Celebration of Star Wars Day

Thanks to fans supporting Force for Change, this May the 4th was one to remember. 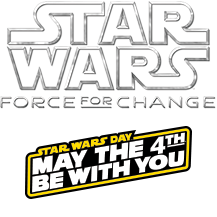 “May the 4th Be With You” -- a statement that represents the passion and love for Star Wars shared by fans around the world, now has an additional meaning: inspiring positivity and goodwill fueled by the Force. This year, thanks to the amazing Star Wars fan community, Star Wars Day launched charitable activations all around the world on behalf of Star Wars: Force for Change.

In the US, over the course of a four-week period which culminated on May the 4th, fans were able to donate to a fundraising campaign through CrowdRise.com/ForceForChange and Star Wars: Force for Change matched all donations up to $1 million. We are proud to announce that over $2.2 million has been raised for Make-A-Wish, American Red Cross, U.S. Fund for UNICEF and Boys and Girls Clubs of America. Lucasfilm gives a heartfelt thanks to support from the worldwide fan community as well as key contributors including Tourism Ireland, Mad Engine, Sphero, Hasbro, PlayStation, and ReedPOP.

Force for Change also partnered with Disney Parks in the United States to help launch exclusive Rogue One: A Star Wars Story merchandise on May the 4th, including an exclusive logo T-shirt and a pin. Twenty-five percent of the sales price of each item sold will go to U.S. Fund for UNICEF to support UNICEF Kid Power. Learn more here.

Additionally, Force for Change worked with over 25 children’s hospitals around the US to create Star Wars-themed events for kids going through medical treatment. There were costumed character visits, art activities, movie screenings, and more.

Aside from visiting various children’s hospitals around the world, Force for Change was also present in many different ways. In the United Kingdom, The Sun launched a May the 4th takeover with Mark Hamill as “guest editor” kicking off a daylong fundraiser for Great Ormond Street Hospital. On behalf of Force for Change, The Sun and Disney will match all monies raised.

Germany celebrated Star Wars Day with charity screenings of Star Wars: The Force Awakens in Cinemaxx theaters across Germany. All donations collected benefitted DKMS on behalf of Force for Change.

In Hungary and the Czech Republic, artistic interpretations of stormtrooper helmets decorated shopping malls in each country. These helmets were then auctioned off with 100% of proceeds being donated to children’s hospitals. In addition, more than 330 children enjoyed visits from members of various fan groups across ten different children’s hospital wards.

On behalf of Force for Change, Japanese Airline ANA donated 5.4% of May the 4th sales on A-style (ANA’a e-commerce website) to the Kumamoto prefecture, a region that has been affected by strong earthquakes. 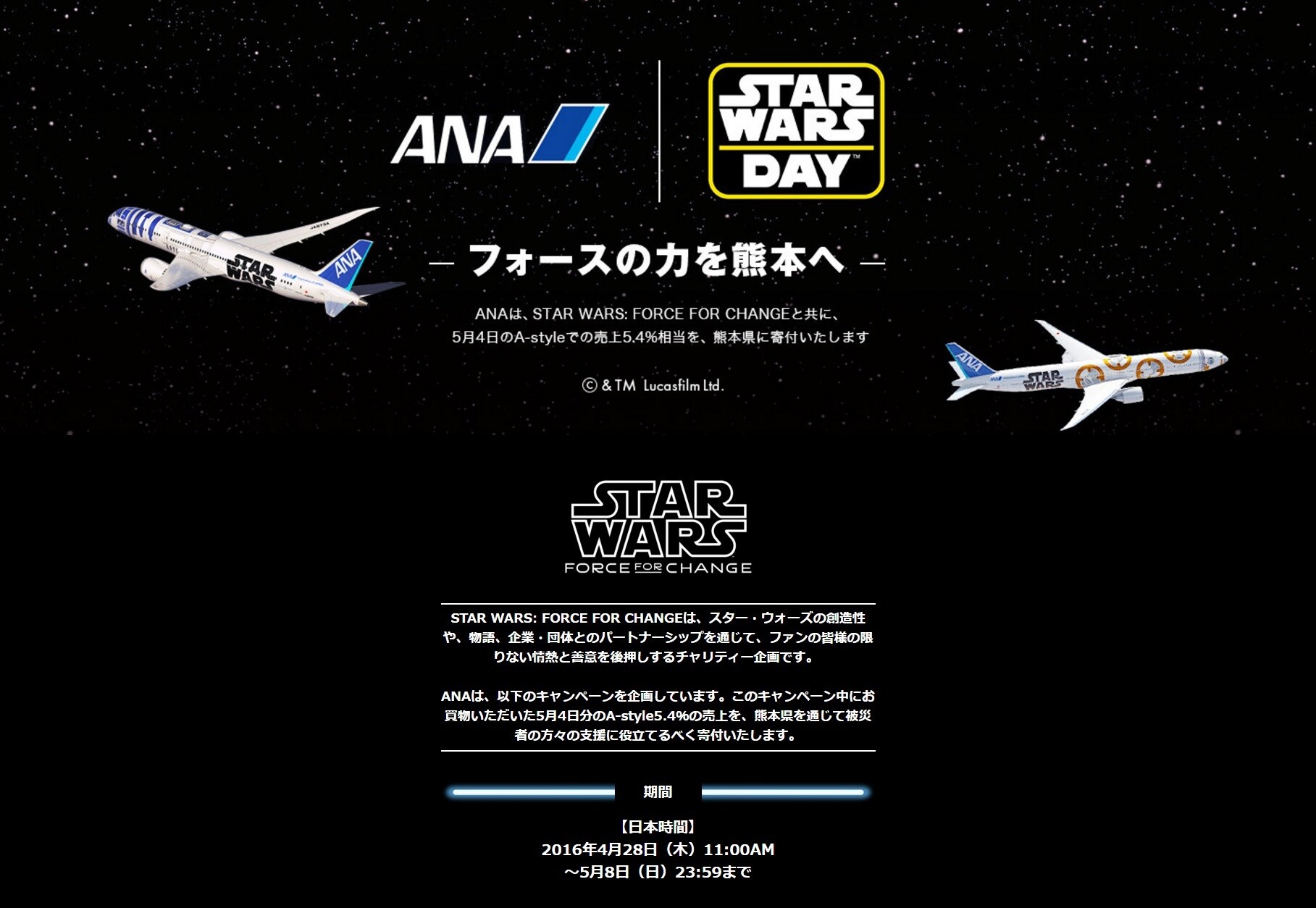 In Korea, popular fashion brand UNIQLO donated a percentage of all Star Wars merchandise sold to Make-A-Wish on behalf of Force for Change.

Hong Kong celebrated by encouraging science education with a tech-based contest resulting in eight inventions that give back to society.

In Mexico, Force for Change worked with two notable causes to inspire hope. Force for Change hosted food donations with Comedor Santa Maria, which provides food for children living in poverty, in addition to hosting Star Wars-themed events with Dr. Sonrisas, a children’s medical organization, to spread joy to kids living with illness.

Force for Change is grateful to fans all around the world who continue to dedicate their time and energy to make a positive impact on the world!

star wars day Force for Change may the 4th