Two leaders fighting to make the galaxy a better place.

Throughout the mythology of the Star Wars universes, synchronicity can be seen again and again, binding heroes, villains, creatures, and legend to one another despite their paths never crossing even once. Take for instance two daughters of resistance -- one a princess, organizing a rebellion through diplomacy; the other a pilot, molding a family of individuals into a band of heroes. Both armed with nerve and idealism, each determined to do whatever it takes to bring peace to worlds that sorely need it. Leaders, generals, freedom fighters -- the parallel journeys of Leia Organa and Hera Syndulla follow the stories of two rebels waging war against an Empire…both depending on the help of impromptu families comprised of unlikely heroes…each of them inspiring those around them to never give up hope. 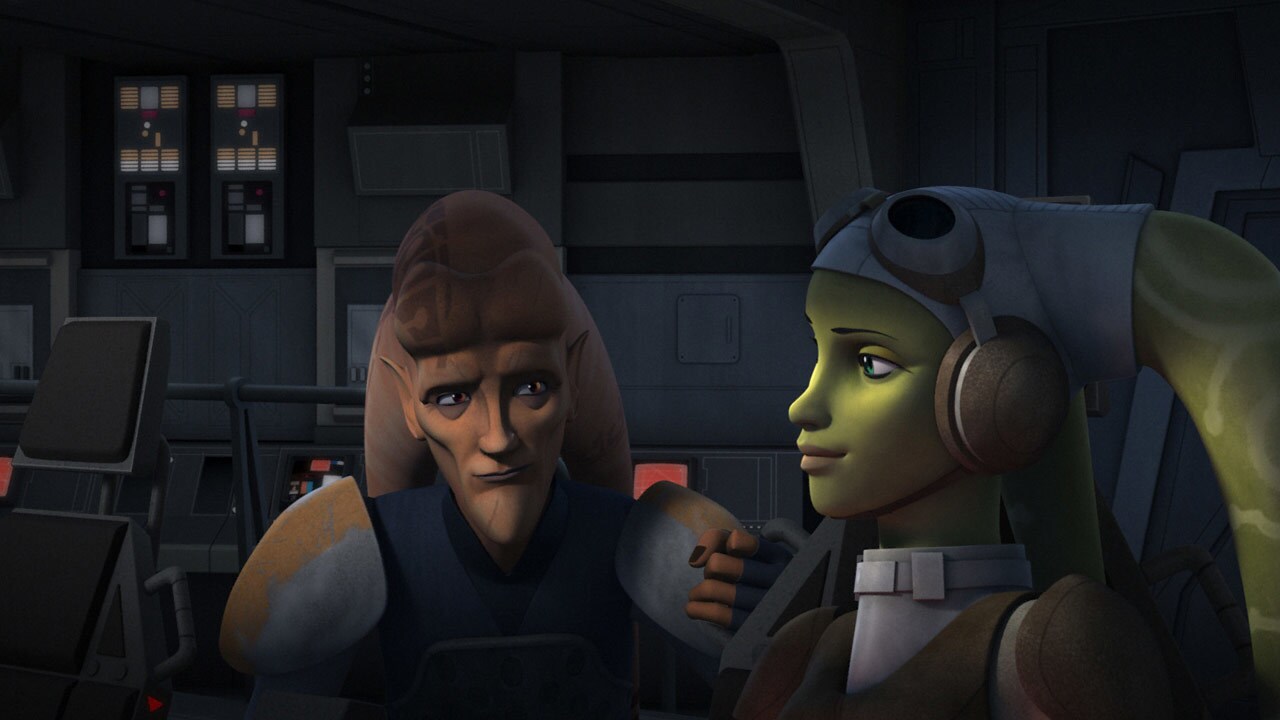 Both are daughters of prominent resistance fighters.

One grew up surrounded among Alderaanian royalty, only child of Bail and Breha Organa, friends to the Jedi Order and then secret benefactor to the Rebellion following the Clone Wars.  The second hailed from a devastated home world, last remaining scion of Cham Syndulla, leader of the Twi’lek resistance on Ryloth. There the comparison ends, unfortunately -- for while Princess Leia Organa’s relationship with her doomed parents had been one of respect and affection until the very end, the death of Hera’s mother and Cham’s subsequent obsession with freeing Ryloth created a rift between father and daughter. Only years later did Cham and Hera manage to reconcile, however their early relationship helped inspire the younger Syndulla to fight for those who needed help, whether from Ryloth or anywhere in the galaxy, just as Bail and Breha’s example taught Leia the poise, charm, tact and doggedness she would continue to employ in her fight against those would bring evil to the galaxy. 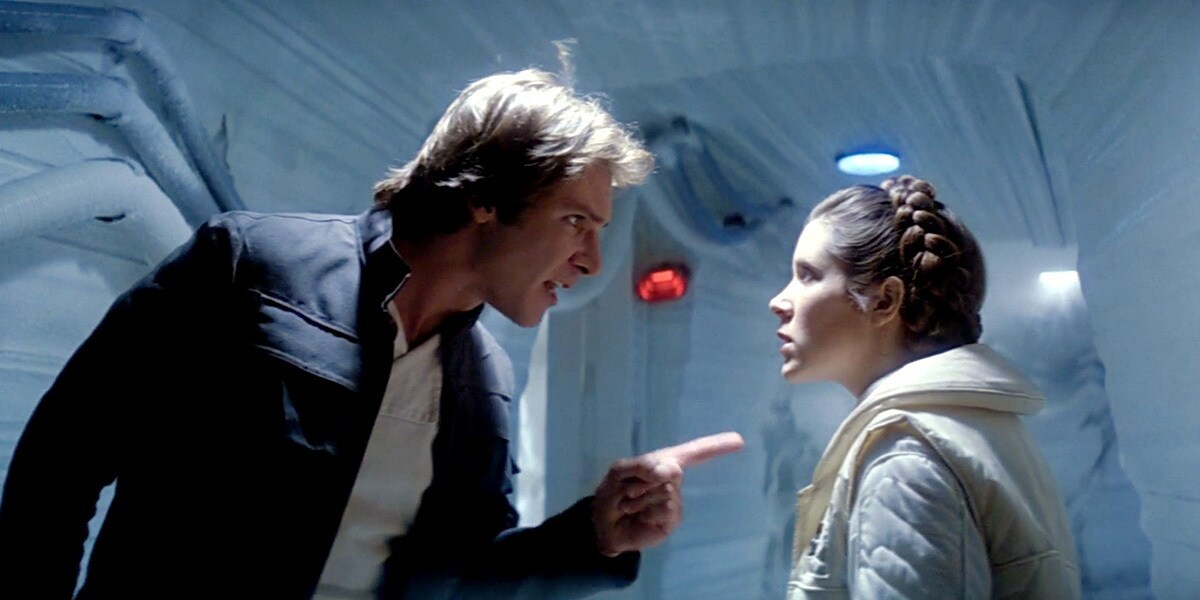 Each inspired a reluctant, reckless hero to join her cause.

On the run and in disguise, former Jedi Caleb Dume -- going by the name Kanan Jarrus -- had no intention of joining a cause. Staying off-radar, Jarrus did his best to avoid trouble with the Empire, hoping to go unnoticed even years after the Jedi Purge. But when intrigue found him on a mining operation in the Gorse system (as did a certain idealist pilot from Ryloth, already a budding tactician and full-time rebel), the exiled Jedi inexorably found himself drawn to Hera Syndulla and her belief that rather than fighting the Empire alone, a band of rebels together might actually make a difference. Years later, following the Battle of Yavin, Leia Organa found herself convincing another scruffy lone wolf to join their struggle. And though Han Solo was no Jedi, he shared Kanan Jarrus's belief that joining up only put you in harm’s way. Plus, he had debts to pay. Arguing with the princess in the icy corridors of Echo Base about whether or not to stay, Han’s feelings for Leia and fondness for Luke eventually drag him into a cause he never meant to join. Ultimately, Kanan and Han found new meaning for their lives by joining this greater cause. 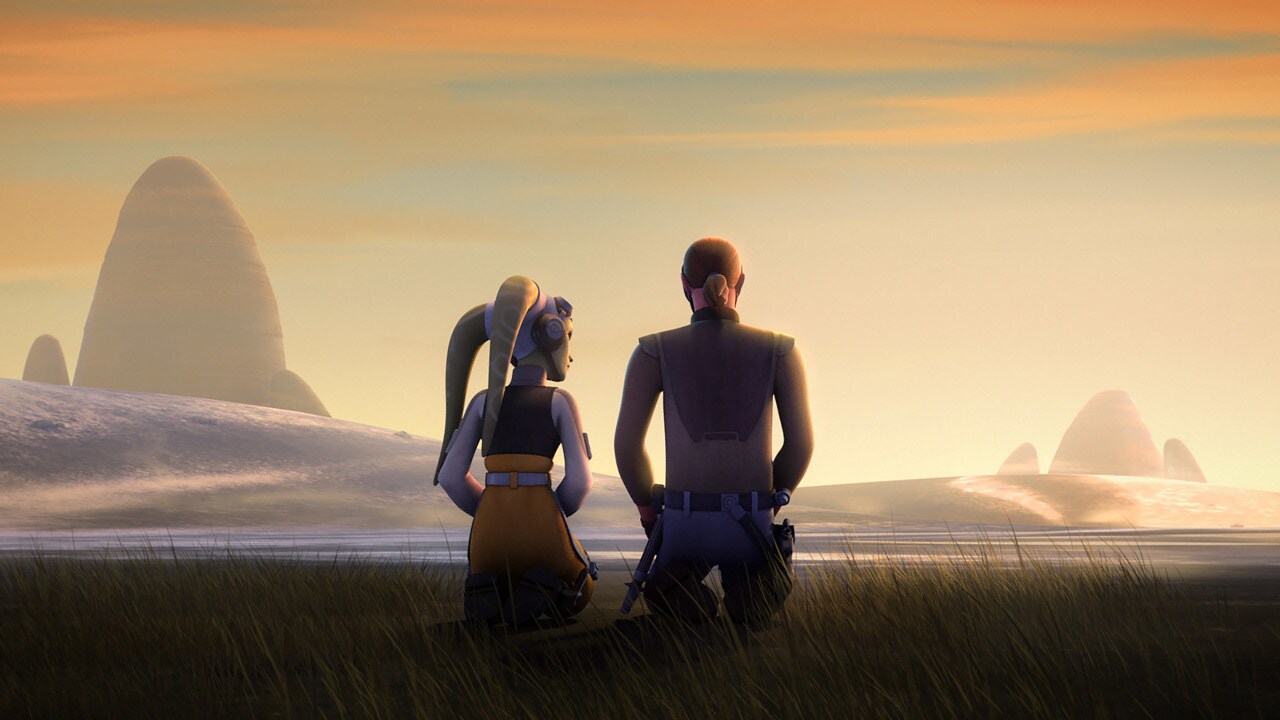 Captured by the Empire, both Leia and Hera lost a valuable Jedi ally during their rescue.

Sure, neither of them meant to get caught. And given time, maybe both would have escaped without help, each in their respective, strong-willed style. But help did come for both Princess Leia of Alderaan, locked in a cell on the first Death Star, and General Hera Syndulla, captured by Rukh and a squadron of stormtroopers following a disastrous assault on an Imperial blockade. The former found herself rescued by a farm boy, smuggler, Wookiee, some droids…and a long-lost Jedi general, emerged from exile by her request, who sacrificed himself so the others might escape. The latter, Hera, was liberated by her family -- the crew of the Ghost and their colleagues on Lothal -- and another Jedi, Kanan Jarrus, paid the ultimate price so that Hera and the rebels could get away. Of course, the key difference here is in relationships between rescuer and rescued: Though Leia had known of Obi-Wan Kenobi through her father’s stories, her connection to the man was strictly diplomatic…especially because Leia would have no way of knowing Kenobi’s relationship to her father at the time. Hera and Kanan, meanwhile, well…their relationship obviously went far deeper, and so the heartbreak of his loss was felt more profoundly by the rescued general following his death in Lothal City.

Refusing to be defined by their limitations, each matured beyond their original role into prominent, strategic leaders of the Rebellion.

Hera Syndulla wanted to be a pilot, ever since seeing the Republic’s Clone Army fly their gunship over Ryloth as a girl. Years later, she captained her own ship and slowly became an accomplished freedom fighter, blossoming into a rebel that would make her father proud. Princess Leia, meanwhile, spent her earlier years as a diplomat and royal courier, running secret missions for her father and serving the Rebellion in the guise of a loyal politician and brilliant senator. Over the course of their individual journeys, warring against the Galactic Empire, both slowly evolved far beyond their early roles in the Rebel Alliance. Leia, of course, would assume a key role at the upper echelons of the Rebellion, more often finding herself before maps and holograms among strategists, eventually leaving her royal title behind for that of a military general. Of course, that didn’t stop Leia from entering the field of battle armed with a blaster right through the Battle of Endor…and then again during the rise of the First Order. Syndulla, as well, found herself promoted to Phoenix Leader, then commander, and then general, gravitating from her full-time role behind the controls of a ship toward maps and strategy missions, as well. 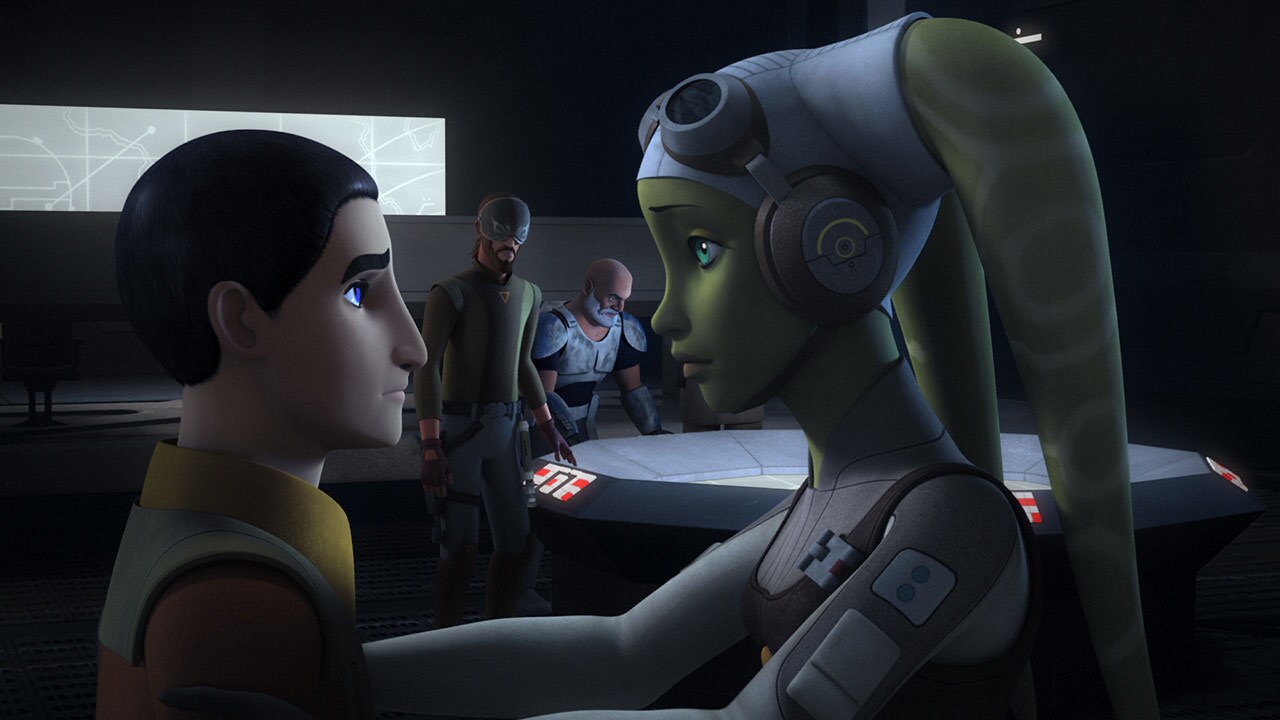 Both befriended young, novice Force-users who would eventually put a greater cause before themselves.

The first time Hera Syndulla laid eyes on Ezra Bridger, Kanan Jarrus’ future apprentice had hitched a ride aboard her ship. The last time she saw him, Ezra expertly used his abilities to restrain Grand Admiral Thrawn long enough for a pod of purrgils to whisk away the last Star Destroyers above Lothal, separating himself from his friends and family to save the day. A complicated relationship that was definitely leader-soldier but also could have been mother-son or brother-sister near the end, the mutual affection between Hera and Ezra made their last goodbye -- and his final gift to her, a meiloorun fruit -- sad and bittersweet despite his sacrifice for something greater than himself. Luke and Leia, following the events involving the first Death Star, formed a powerful bond. With the discover that they were siblings, that bond became tighter than ever before, which made his decision to face Darth Vader and the Emperor alone almost impossible to bear. Years later, Luke would say goodbye before making a stunning sacrifice that would save his sister and the Resistance.

Leia and Hera’s individual wars with the Empire both heralded rebirth -- in the form of a son.

“We have hope. Hope that things will get better. And they will.” A Hera Syndulla quote, but one that could have easily come from another determined general, as well. And hope did present itself to both after the Empire’s end. Hera, as we learned, had a son after the Battle of Endor -- Jacen Syndulla, the child she had with her fallen love, Kanan Jarrus. Married to Han Solo in a private ceremony, Leia had a son, as well. They named him Ben, and though his life and upbringing was one of family and hope, the truth is that life often has other plans, and that boy’s destiny turned another way. And despite Leia’s admission to Luke on Crait, that she held on to hope for so long…Ben Solo’s story isn’t over. And the one thing that both Leia Organa and Hera Syndulla’s stories have taught us, is the power of hope.