Get a sneak peek at stunning artwork from the new book, available now! 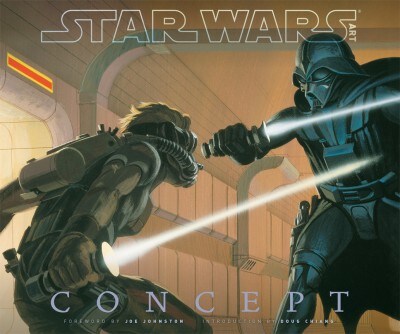 Concept art has always played a huge role in the creation of Star Wars films, from Ralph McQuarrie's original work on A New Hope, which brought George Lucas' early ideas to life, to Iain McCaig's designs of Darth Maul during the development of The Phantom Menace. Abrams' new tome Star Wars Art: Concept, released this week, celebrates the concept art of a galaxy far, far away, with pre-production drawings and paintings from the films, TV series, video games, and more -- and features a forward by filmmaker Joe Johnston, who served as a storyboard and concept artist on the original trilogy and designed Boba Fett's costume, and an introduction from prequel trilogy (and future Star Wars films) artist Doug Chiang. Check out a special preview of selections from Star Wars Art: Concept after the jump!