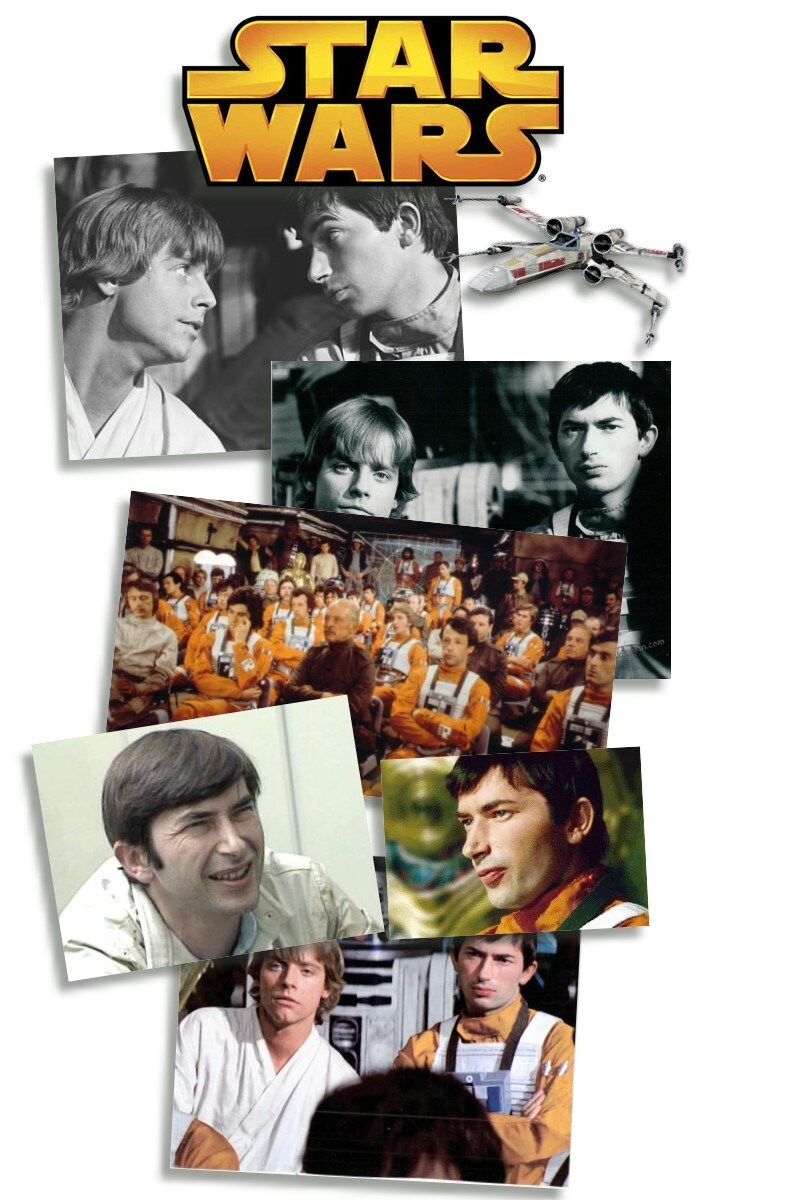 We sometimes forget, with the saga remaining so fresh and vivid in our minds, remastered and updated in the latest formats and constantly playing around the world that while the characters of Star Wars may remain eternally young, the actors who portrayed them on-screen, like the rest of us mere mortals, age, get older, and pass away.

This year alone we have seen Stuart Freeborn and Richard LeParmentier pass on, and only last year we all mourned the loss of the great Ralph McQuarrie. A recent fascinating piece on the Official Blog by Pablo Hidalgo, "Star Wars Mysteries: Hunting for the Fake Wedge," asked the question, "where in the world is actor Colin Higgins," the man who played the "fake" Wedge Antilles in the briefing room scenes of A New Hope. It's a fascinating story, a relatively minor character who grew into a fan favorite but who took three actors -- Denis Lawson, David Ankrum, and Colin Higgins -- to bring to life in that first film.

After the sudden shocking loss of LeParmentier I talked with a number of his Star Wars colleagues, and while chatting with Gerald Home, the actor who played both Tessek and a Mon Calamari officer in Return of the Jedi, I learned that Colin Higgins had passed away in December 2012. As Gerald explained, "In the obituary column (of the Equity Journal), I read that Colin Higgins had died. I told this to (some) Star Wars fans, and they told me they'd confirmed with Colin's former agent that Colin died last December. No details given."

Home recounted the story of meeting with Higgins back in 2007 in Los Angeles, the year of the 30th anniversary of A New Hope. "I liked Colin. I met him at Celebration IV and we had a long chat. I felt sorry for him as so many fans considered him a fake, and he was embarrassed by that, but he really, truly WAS the original Wedge. He was also a good actor -- I've seen him in several things on TV."

Indeed, Higgins' film and TV career was littered with notable appearances including a 21-year-association with long-running UK TV police drama The Bill, appearances in Johnny Depp's Sweeney Todd, and roles in Eastenders, Midsomer Murders, Murder Most Horrid, Grange Hill (the show which had also famously featured Admiral Ozzel actor Michael Sheard as the tyrannical wig-wearing Mr. Bronson), Birds of a Feather, Lovejoy, and Jeeves and Wooster. Higgins also featured in an episode of Boon in 1988 written by the late Richard LeParmentier, who by then was developing a flourishing writing career on British television.

I checked back to Pablo's recent blog entry, which in itself has roots that lead back almost a decade to the much-missed Homing Beacon back in 2004, and in the comments section Pablo expanded on his article with this piece from Star Wars Insider #98.

“I’ll tell you my story. I was originally cast as Wedge. I screwed it up, and I got fired -- that is the true story. Every actor sometimes gets fired if they screw it up and mine just happened to be on Star Wars!”
Gerald broached that subject in our recent conversation.

"Colin told me the trouble he had filming was that he couldn't remember his line, so the line he ending up saying was much shorter than the original. I know exactly what he meant -- I'm sure you know that sci-fi lines (dialogue) are notoriously difficult to learn because they often don't make sense. For an actor to be convincing, he needs to understand the words he's saying, and in film, where there is often no rehearsal, an actor has to say lines he didn't rehearse and which haven't been explained to him. So I can understand and sympathize with Colin. He said it was because of this trouble remembering his line that he was sacked."

More light shed on the reason for Higgins' removal from the role. Never was Harrison Ford's infamous quote more relevant. "You can type this &%^* but you can't say it." So, as soon as the Official Blog solves a long-standing mystery we find the actor is gone. As someone who helped create a character as important as Wedge Antilles, he deserves all the credit due to him. Colin Higgins, RIP.

Mark Newbold has contributed to the Star Wars Insider magazine since 2006 and been involved in websites since 1995. He is the co-owner and Daily Content Manager of www.jedinews.co.uk.