Rancho Obi-Wan: From Dream to Reality (with Some Help from the IRS) What a difference a year makes!

It was just last November that we finally finished building my dream -- or, at least, the foundation of it. After 18 months of planning and lots of hard work from countless contractors, friends who volunteered a bazillion hours of their time, and lots of patience and luck, we incorporated Rancho Obi-Wan Inc. as a California nonprofit public benefit corporation. And then we had a Grand Reopening party for 180 people including 30 volunteers. 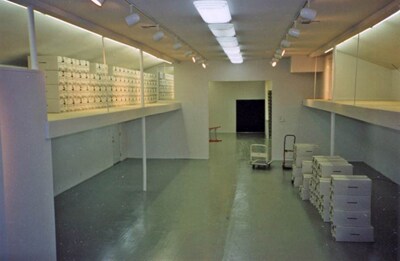 Dreams can be tricky. The drive from fantasy to reality can take some sharp turns. There are hard decisions to make and, as anyone who has done a remodeling project knows, you have to figure you’re going to spend at least double your budget because of unexpected problems or new ideas too cool to ignore.

“There’s a small river flowing under which building? We need to shift how many tons of dirt to avoid water problems?”

“So how much extra would it cost to do lighted steps…and a zero gravity room?”

One of the many things we didn’t realize was how long it would take to get our IRS 501(c)(3) nonprofit status -- and how much work the government makes you go through (rightly) to get it. I’ve mentioned my friend Anne Neumann before. She came from Austin for six months to inventory my collection. She’s still here seven years later. Anne is the general manager of Rancho Obi-Wan as well as vice president and secretary-treasurer of the nonprofit. 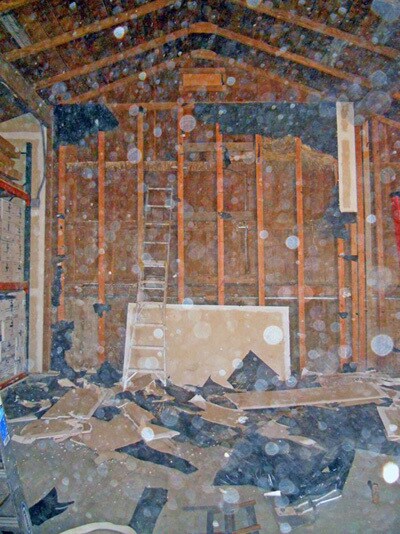 It was one of Anne’s many jobs to fill out and provide lots of supplemental material for IRS Form 1023. Luckily, neither of us noticed in advance a little number required by the federal Paperwork Reduction Act: an estimate of how long it would take to complete all the documentation -- just 105 hours and three minutes! And that was a bit of an underestimate.

So just what was the dream? It’s my, um, burden in life to own the world’s largest collection of Star Wars memorabilia. (Yes, I know you’d gladly relieve me of said burden!) But how unfulfilling to have it stored away in boxes and crates. And how frustrating not to be able to share it with fellow fans and collectors. While many of the items are cool on their own, it’s the stories behind them and how they were collected -- the big finds and the ones that got away -- that provide necessary context and the real fun for both me and guests.

Without being able to share, the collection is just a bunch of stuff. But to set out large and constantly changing chunks of it in a carefully arranged manner... To be able to entertain fellow fans from all over the world by leading two- to three-hour personal tours... To share an anecdote about how one of the original outer doors from the Mos Eisley cantina ended up on a Tunisian chicken coop before eventually hanging on my wall in back of an animatronic Modal Nodes Bith band... That was my dream. From my first book about Star Wars in 1992 through 15 more, I’ve always tried to make the case where appropriate that Star Wars has had such an amazing impact on worldwide popular culture due in part to the toys and other licensed products. In 1977, there was a hunger and demand for something Star Wars that couldn’t be fully met. There were no action figures until the spring of 1978 because the contract with Kenner Products was signed just a month before the movie bowed. And then those toys -- in an era before home video or video games -- became the way to recreate scenes from the movie or use your imagination to create new stories, thus becoming ingrained in the consciousness of an entire generation that later passed the Star Wars gene on to their kids.

Anne and Consetta Parker, another good friend and our dynamo publicity maven, were the ones who convinced me that a nonprofit was the way to go. It would enable us to solicit donations and charge for guided tours to help support some of the large overhead costs in running the museum. I got Lucasfilm’s permission to continue using “Rancho Obi-Wan” as the name of the museum and nonprofit. We spent hundreds of hours figuring out just how to arrange and display things -- and then did it. We turned a one-time chicken barn into expansion space.

We filed our form with the IRS at the beginning of January...and then waited. We finally heard back at the beginning of August with a letter containing 15 detailed questions and a request for more documents. We were in the midst of packing two tons of memorabilia for The Rancho Obi-Wan Experience at Celebration VI. The non-extendable deadline? The very day CVI opened! Somehow Anne managed to do it, and just a couple of weeks ago we got our final IRS approval letter.

In our first year, we’ve attracted more than 600 members, many of whom have come for tours from as far away as Japan, New Zealand, and Hungary, and from very young babies to folks in their 70s and 80s. We’ve had several large events and parties, and we’re hoping to do our first Rancho wedding next year. We’ve been recommended as a great place to visit on several international tourist sites. And while it has been a lot of work and often tiring, we’ve all made so many new friends with whom we share a passion for Star Wars. 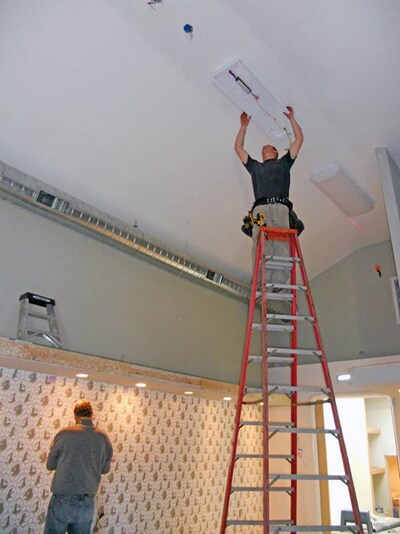 As we start our second year -- despite the fact that we haven’t yet figured out how to clone ourselves -- we have ambitious plans to solicit grants, get the word out even broader, upgrade our web site, and do more community outreach like the great visit a few weeks ago by 15 kids from a local charter school on a tour targeted to the topic of creativity.

Now, Anne has a grand idea. In 10 years she sees Rancho Obi-Wan as a much larger institution in an even more accessible spot with a decent-sized staff and... I roll my eyes at her sometimes, only to stop and remember that she has as much chance to see her dream succeed as I did mine. Who knows? Maybe in time for the premiere of Star Wars: Episode IX, you’ll all be getting an invitation to Rancho Obi-Wan II!