Star Wars authors weigh in on one of the most heated fan debates!

Here’s me, opening a can of worms.

The “correct” order that kids (or, really, anyone) should watch the Star Wars saga is one of the most contentious debates in our fandom. If you’re a Star Wars fan, then odds are you have an opinion on this topic. And I know many of those opinions are very firmly and passionately held.

Listen, I’m not here to take a side or argue for one approach over another. I’m also not here to argue against any one approach. Each has its own merits (no matter how creative), and everyone has his or her own reasons and rationale for choosing a preferred order. Who am I to tell anyone that they’re not enjoying Star Wars “the right way” or that they’re being a fan “incorrectly?”

Nevertheless, viewing order is a particularly thorny issue, especially when it comes to kids or someone watching the films for the first time. In that context, this issue naturally comes up again and again. It factored into the conversation around how today’s kids should experience “I am your father,” and it came up again in discussions about what to do if your kids just don’t like Star Wars.

Generally speaking, there are two primary schools of thought about how to watch the films: release order and episode order. They are by no means the only two ways to watch the films, but they are the two most widely recognized and straightforward.

Each approaches the story from a different angle and from a different perspective. Broadly speaking, the order you want to watch the films depends on whether you think the Star Wars saga (up to this point) is Luke’s or Anakin’s story.

As I mentioned, there are plenty of other, more creative viewing orders out there, and many of them have passionate fans shouting their merits. Indeed, ask ten fans what the best viewing order is, and you’re liable to end up with at least five different answers.

And the thing is, whatever you choose, there are going to be drawbacks and potential spoilers. Watch the films in episodic order, and most of the major plot twists of the original trilogy are spoiled. By the time Episode IV rolls around, you already know Darth Vader is Luke’s father, you already know Luke and Leia are twins, and you already know that funny little green guy on Dagobah is a Jedi Master. The power of those revelations is diminished.

Likewise, watch the films in release order and you’ll see Hayden Christensen appear as a Force spirit at the end of Return of the Jedi. This is potentially confusing if you don’t already know who he is, but really, it’s no less confusing for a young viewer than seeing Sebastian Shaw appear.

But one thing all of these viewing orders have in common is that they only include the films. The Star Wars universe is so much bigger than that, and when it comes to kids, you may not even want to start there. In addition to the seven films, we have six seasons of Star Wars: The Clone Wars and two seasons of Star Wars Rebels. Neither of those should be omitted from this conversation. Indeed, they fundamentally change the conversation.

I don’t have the answer. I don’t pretend to. In fact, there’s really not one answer here. But I’m endlessly fascinated by the discussions people have about the “best way” to walk a path through Star Wars.

With that in mind, I reached out to several people who are fully immersed in the saga in some way to see what they thought. Here, then, are their preferred viewing orders. 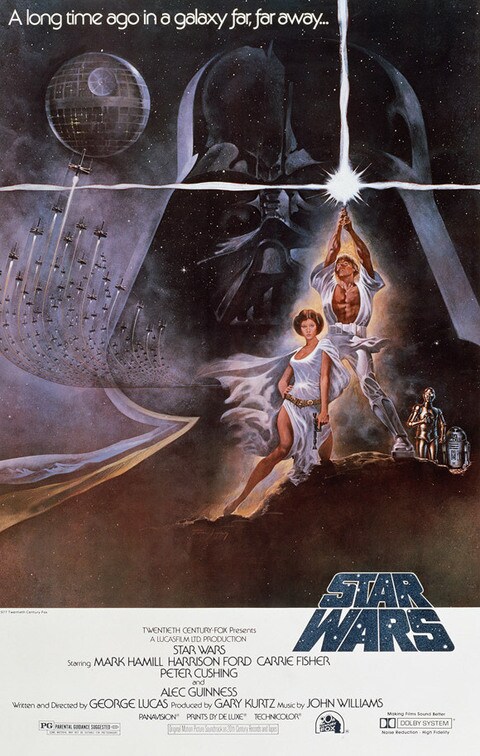 Jeffrey Brown (writer and artist, Darth Vader and Son series): I think it's important to know your kid and let them guide the viewing. My older son was maybe not quite ready when I first showed him A New Hope, resulting in him declaring that it was a horrible movie that should never have been made (because Obi-Wan dies). Then I pushed him to watch Empire, but he sort of resisted and didn't appreciate it as much. So I waited for Return of the Jedi until he asked to watch it, and he loved it. And then he asked to watch the one with Jar Jar. My younger son, on the other hand, has already watched the original trilogy plus Episode I and loves them all. I still think you shouldn't start anywhere other than A New Hope, because it's what everything else is built on and really is a great place to start for any age.

Tony DiTerlizzi (writer, The Adventures of Luke Skywalker, Jedi Knight): I’ve shared Star Wars in the same way that I was introduced to it so that we have that shared experience. 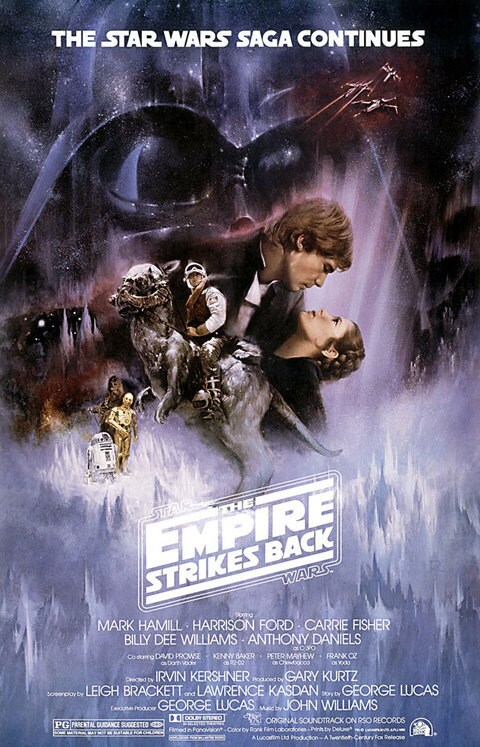 Tom Angleberger (writer, Origami Yoda series): Empire, Attack, Phantom, Season Two of Clone Wars, Splinter of the Mind’s Eye, the last half of Jedi (on VHS), Revenge, Caravan of Courage, Kenner commercial for Yoda's house, first half of Jedi (on Blu-ray!), a supercut of people saying "I have a bad feeling about this," a Droids cartoon marathon, the "Yub Nub" song on a five-hour loop, A New Hope.

Adam Bray (author, Ultimate Star Wars and others): As for the order people present the movies to their kids, I guess I'd leave it to the preference of the parents. I think the 4-5-1-2-3-6-7 order is genius, to preserve the surprises for maximum impact. But I saw it the release order of course, and I was hooked at age four, like many in my generation!

J.W. Rinzler (author, The Making of Star Wars series): I would show them Episodes 4-5-6-1-2-3-4-5-6. That might take a while though! George [Lucas] prefers people watch them 1 through 6, but on the set of Episode III, he talked about how they tell different stories depending on what order you watch them in, and I believe that's true. I wouldn't want to deprive kids of the pure joy of Episode IV, which is what people felt when it first came out. 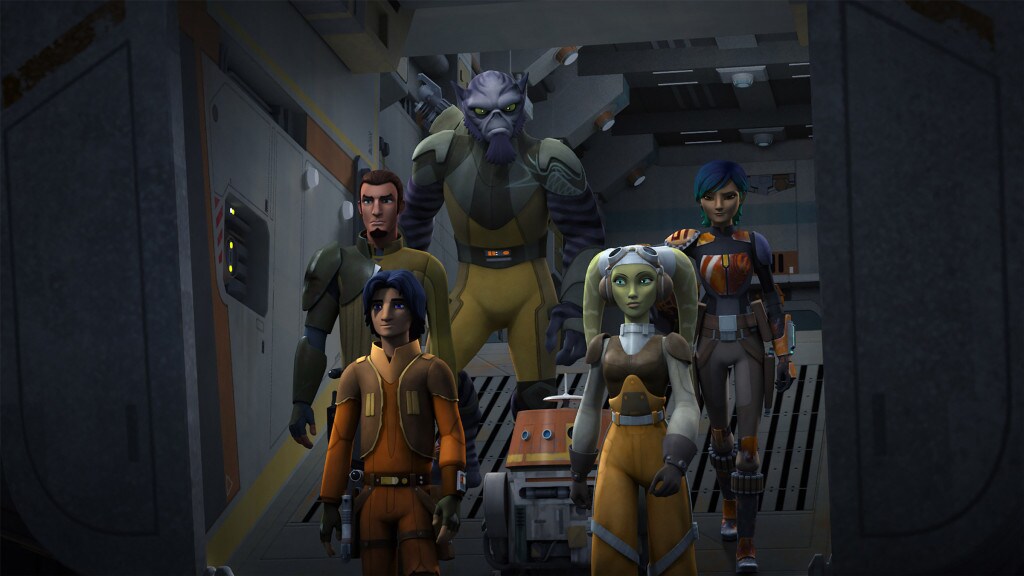 Tricia Barr (author, Ultimate Star Wars): I'd suggest starting with A New Hope, then diving into Star Wars Rebels. When you are caught up on Season Two, the fairytale structure of The Empire Strikes Back works for children. Then go to the beginning: The Phantom Menace and Attack of the Clones. Those movies were really designed for kids and sometimes parents enjoy them differently through their children's eyes. By this time, The Clone Wars can be introduced, but don't feel like every episode is necessary. Watch the Ahsoka-centric episodes, the Mortis arc, the droid-centric episodes. Some of Season Five (like the Umbara arc) is too mature for some kids. Then they are ready to watch Revenge of the Sith and Return of the Jedi, and then you can fold the darker episodes of The Clone Wars in. Finally, The Force Awakens after all that if it hasn't been part of the child's experience yet. 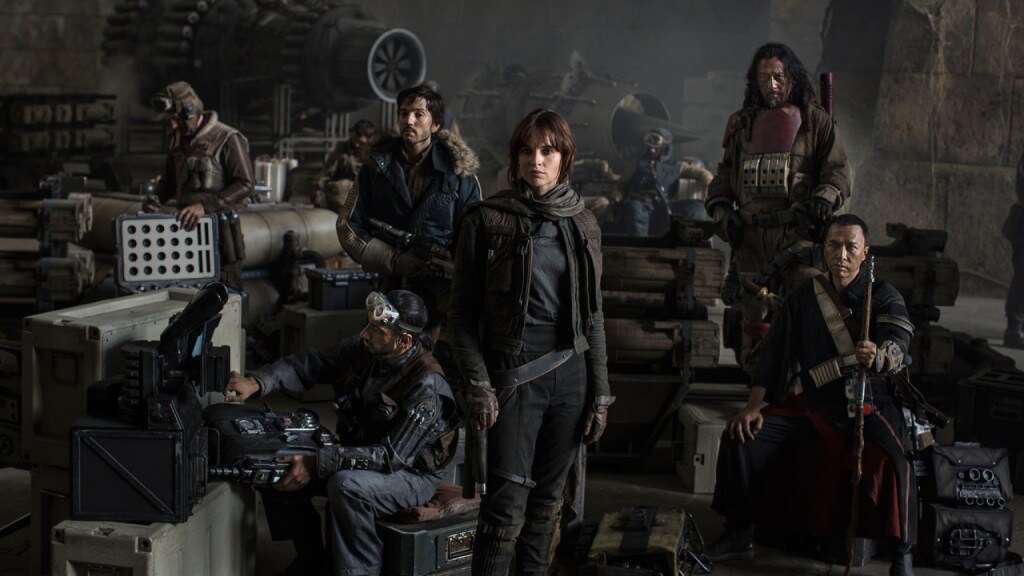 This question of viewing order is only going to get trickier as time goes on and we have more and more films to add to the list. The issue of where Rogue One should ultimately be in the viewing order is sure to explode quite a few brains.

So, this is really a long, roundabout way for me to say that, in the end, there isn’t one “correct” way to experience the saga. There’s no right answer here -- just (strongly held) preferences. And when it comes to bringing your kids (or friends or family members) into the Star Wars universe, the only real “right” way is just to sit down and start watching. Anywhere. It doesn’t really matter if you start with The Phantom Menace, A New Hope, The Force Awakens, or Star Wars Rebels. And it doesn’t really matter where you go from there. Just enjoy the ride.