Your Xbox Live avatar can now dress like a Jedi-to-be, pilot a TIE fighter, or wear Princess Leia's medal-ceremony gown. Star Wars has returned to the Xbox Live Avatar Marketplace, with a new collection of virtual goods celebrating the film that introduced the world to a galaxy far, far away, Star Wars: Episode IV A New Hope. 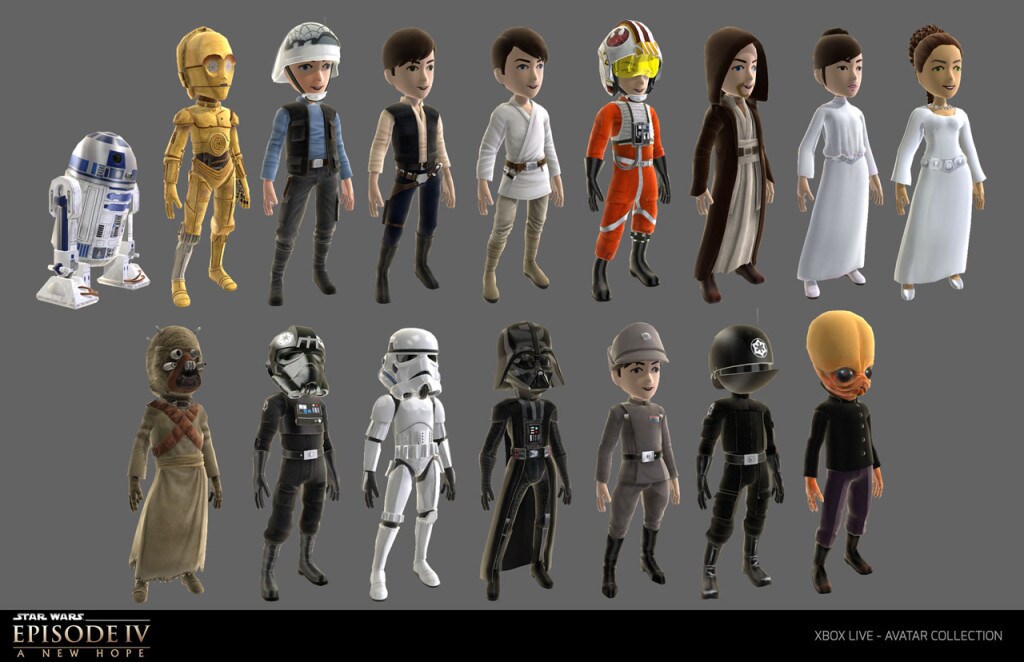 Available now, fans can outfit their avatars with costumes from A New Hope, including heroes Luke Skywalker, Han Solo, and Princess Leia, as well as the film's villains, ranging from a Tusken Raider to Darth Vader. New props are also available, from an R2-D2 companion to the galaxy's greatest starfighters.

The entire collection is available for purchase on the Xbox 360 and online at Xbox.com.