For those who don’t know, I love the prequel trilogy. It’s epic, it’s romantic, it’s filled with great characters, great action, and one of the great tragedies in all of modern myth -- the rise and fall of Anakin Skywalker. But, I’m not here to simply gush about the prequels all day (although I could). Instead, I’m going to gush about one of my favorite things to come out of this piece of the Star Wars era: Star Wars: The Clone Wars.

And let me tell you, if there’s one thing that rivals my love for the prequels, it’s this groundbreaking animated series. In fact, I adore it so much that I’m writing a comic book series from IDW Publishing that coincided with The Clone Wars’ return. That’s right. If you haven’t heard, the clones -- and the Jedi, battle droids, and maybe even a Sith Lord -- have come to comics with Star Wars Adventures: The Clone Wars - Battle Tales. Five issues; five unique war stories told by the clones themselves. 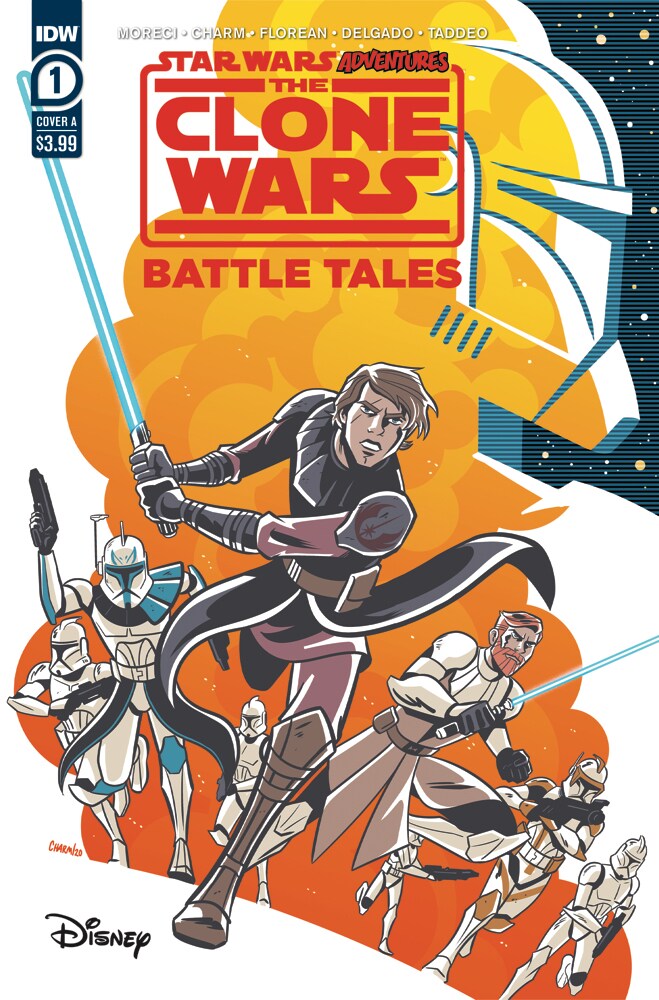 Since I’ve been living and breathing all things The Clone Wars, I figured it would be fun to share my five favorite episodes. It’s hard to choose just five, but here’s the ones -- listed in no particular order -- that come to mind. Even better, all are currently available on Disney+.

Find me a clone who’s more hardcore than Gregor. Go on, I’ll wait.

Seriously -- Gregor lost his memory, regained it (sort of), then took back his commando armor from the evil Sullustan who was secretly holding him captive, and then he aided the lovable D-Squad in their mission. And when I say aided, I mean Gregor cut through the Separatist forces like butter, showing just how much of a clone commando he once was. After meeting what appears to be a tragic -- and heroic -- ending, Gregor…well, you’ll have to watch Star Wars Rebels for more.

I’m fascinated by Jedi lore -- the weirder, and more arcane, the better. And both The Clone Wars and Rebels build a tremendous amount of history and mythology around the idea of the Jedi Order and the Force itself. And man oh man does the entire Mortis arc get strange -- and amazing. Seeing the Force as living entities struggling to maintain balance and Anakin fight for his very soul -- which is a metaphor, of course, for his story, and potentially even the entire Skywalker saga -- is as riveting as Star Wars gets.

In case it wasn’t already evident, one of my favorite things about The Clone Wars is the clones themselves. It’s no easy task to humanize them -- to give them unique personalities and perspectives, but “Rookies” did just that. There’s nothing more deeply human than failure -- a theme Star Wars has touched on more than once -- and showing a clone unit (featuring Echo and Fives) struggling to get through training and prove their worth was a tremendous way to give the clones a heart and soul.

Speaking of giving the clones personality and forcing us to see them as humans, there’s no story arc that wrenches our guts quite like the Umbara episodes. General Krell is easily one of the most evil villains in all of Star Wars, and watching him send the clones to certain death in his unwavering insistence to satisfy a mission is hard to watch, to say the least. But, like any Star Wars story, good rises to face evil, and Rex and his men fighting back against Krell is one of the most powerful moments not just in The Clone Wars, but in all of Star Wars.

Get your tissues ready, because let me tell you -- I’ve seen this episode countless times, and watching Ahsoka walk away from the Jedi Order never gets any less heartbreaking. Ashoka’s relationship with Anakin is as profound and as touching as they come, and it’s hard to watch both of them suffer from Ahsoka’s devastating decision. Ahsoka doesn’t want to leave the Order, but she knows that she must; and all Anakin can do is watch her leave, and his agony in having to do so only lends further weight to his tragic downfall.

Watch the final season of Star Wars: The Clone Wars on Disney+.

Michael Moreci is a comics writer and novelist best known for his sci-fi trilogy Roche Limit. His debut novel, Black Star Renegades, was released in January 2018. Follow him on Twitter @MichaelMoreci.