In I Am a Padawan, Ashley Eckstein Pens Lessons on Failure and Hope

The voice of Ahsoka Tano tells StarWars.com about writing the new Little Golden Book and rewatching Star Wars: The Clone Wars for inspiration.

As Star Wars fans enjoy watching Ahsoka Tano in the final episodes of Star Wars: The Clone Wars, a new Star Wars Little Golden Book, I Am a Padawan, reflects on Ahsoka’s life as a Padawan learner. And it was written by the woman who understands Ahsoka intimately -- Ashley Eckstein, who has voiced Ahsoka since the 2008 Clone Wars film that kicked off the series. 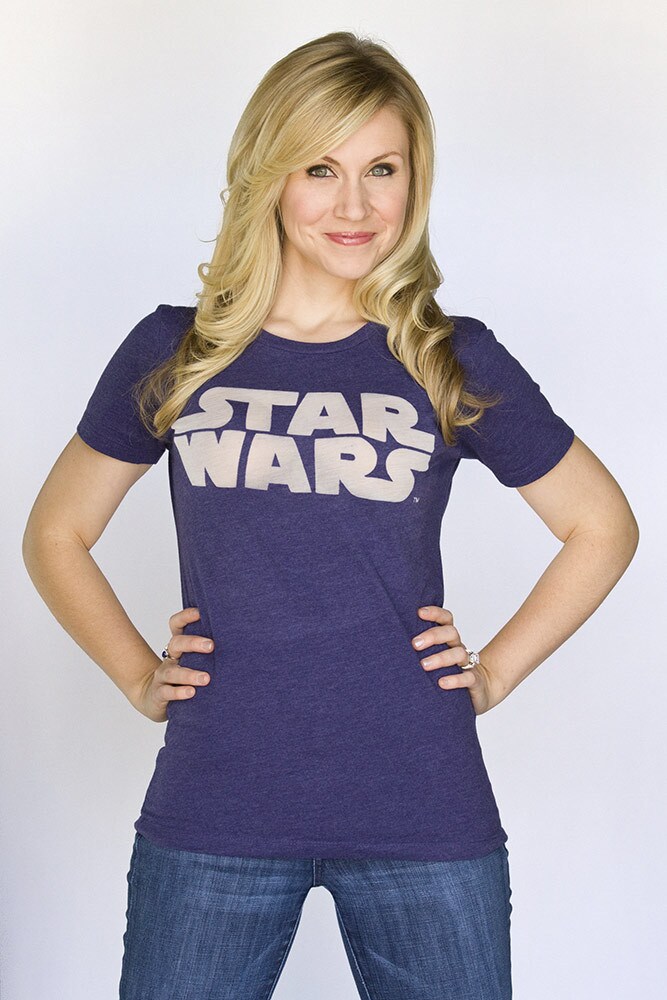 I Am a Padawan is the first children’s book Eckstein has written, but she’s not new to the role of author. She shared writing credit with Ahsoka novelist E. K. Johnston for the short story “By Whatever Sun” that was part of the 2017 anthology From a Certain Point of View and wrote the non-fiction book It’s Your Universe: You Have the Power to Make It Happen in 2018. Working on those two books helped Eckstein know writing a Little Golden Book was a challenge within her grasp, she recently told StarWars.com when we spoke with Eckstein about her writing process and sharing Ahsoka’s journey with readers of all ages. 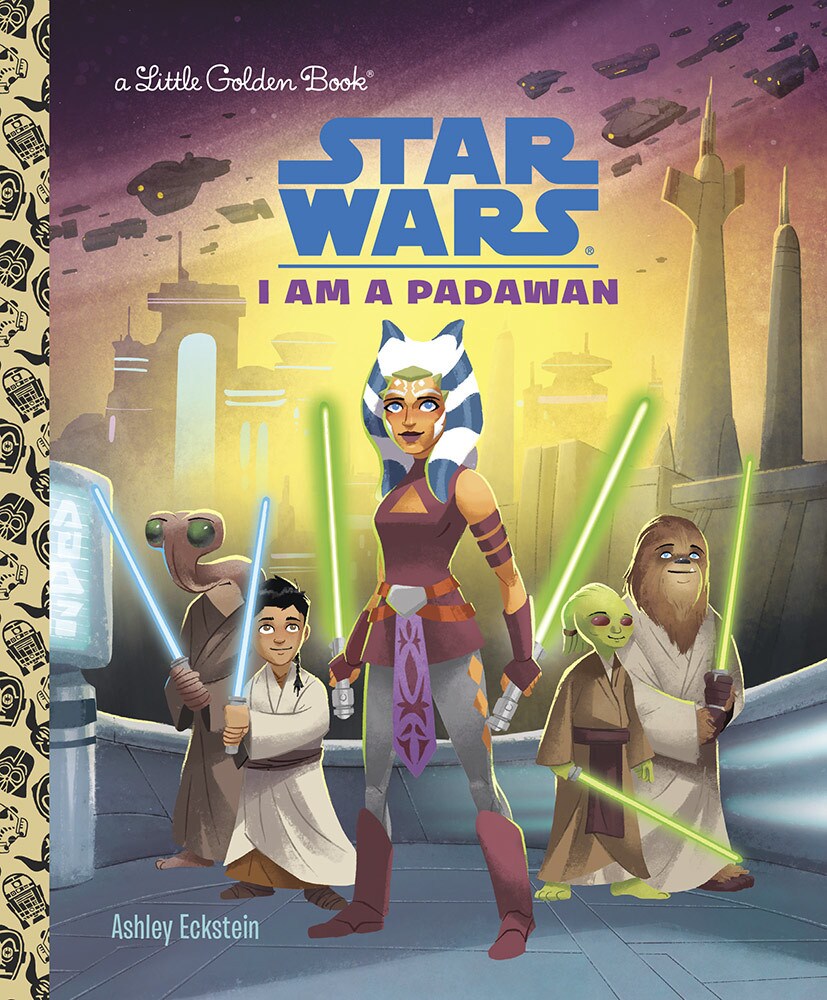 The chance to write a Little Golden Book in particular was appealing to Eckstein as the books were her pathway to reading as a child. To begin the process of writing I Am a Padawan, Eckstein rewatched The Clone Wars, something many Star Wars fans have been doing since the launch of Disney+ last fall.

“I went back and I binged the Clone Wars and I picked out my favorite moments and my favorite lessons that Ahsoka learned or that she went through,” Eckstein says. “And I just kind of locked myself into my room one day and I just started writing. I was actually able to write the book in an afternoon. I had so much fun reliving these moments in these episodes with Ahsoka and kind of going back in time and experiencing these moments with Ahsoka all over again.”

Ahsoka is the focus of I Am a Padawan, but the book isn’t just about Anakin Skywalker’s student; it’s about the journey of all Padawan learners. Eckstein believes Ahsoka’s journey is one every Star Wars fan can connect to. “I think with Ahsoka, even though she's an alien in a galaxy far, far away…we got to experience Clone Wars through Ahsoka’s eyes. And she's so relatable. The lessons that she learned in The Clone Wars -- we can relate to those same lessons in our everyday lives.” 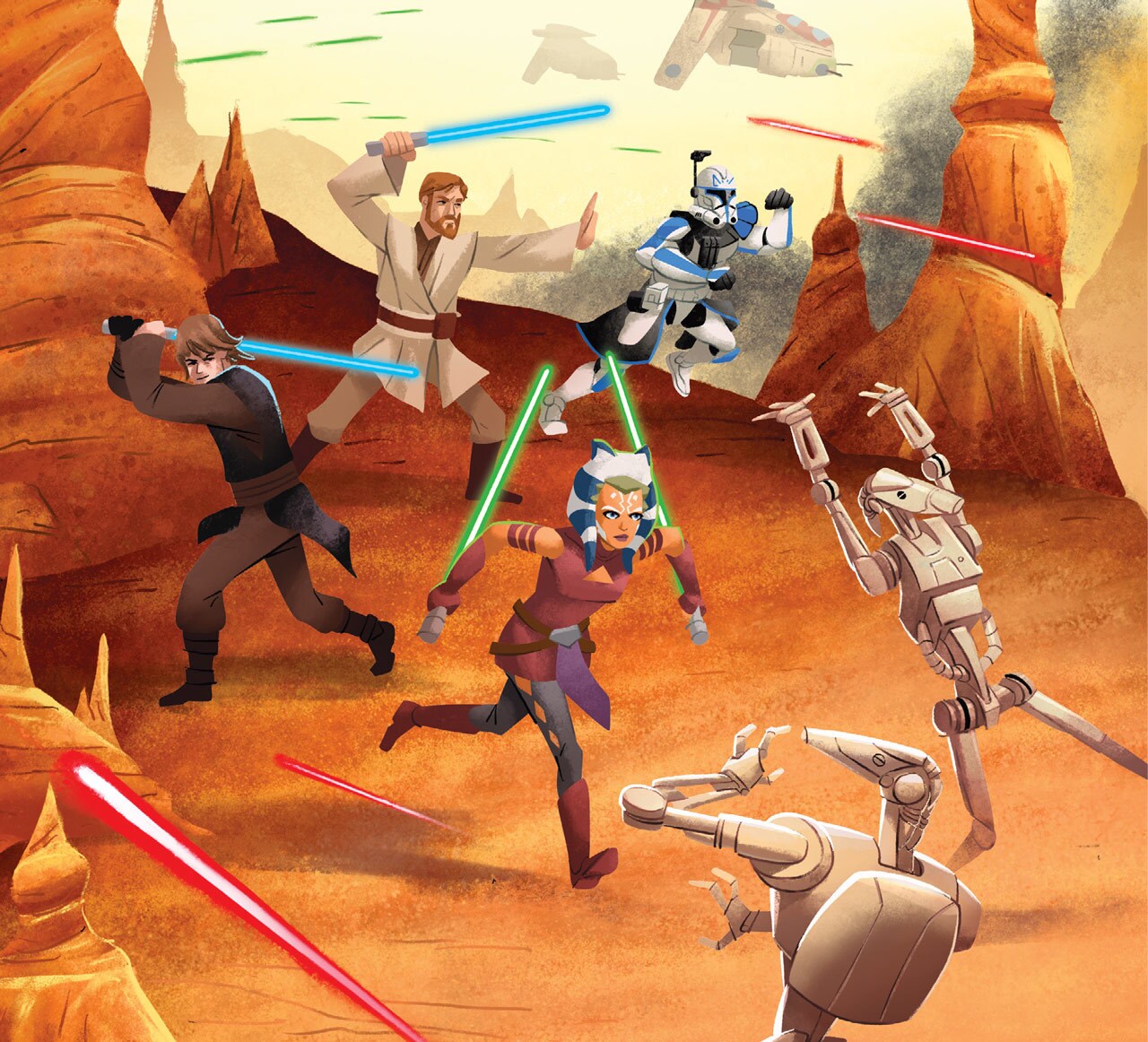 And even if kids aren’t familiar with Ahsoka Tano or if this is your youngling’s first introduction to Star Wars, they should find it easy to connect to the story. “Padawan just means student,” says Eckstein. “And all kids can relate to that because we're all students. The lessons that Ahsoka learns are lessons of bravery, lessons of failure, lessons of friendship, lessons of hope. And then ultimately, just like Ahsoka walks away from the Jedi Order, students graduate and they go into the real world and they choose their own path.”

Although all the lessons in the book are important, Eckstein notes, a couple stood out as her favorites. “I'm really glad that they allowed me to keep the lesson in there about failure,” says Eckstein. “Because I think it's one that we don't talk about enough, especially with kids. Kids need to know that it's okay to fail. In the beginning there's a whole episode where Ahsoka doesn't listen to Anakin. And several members of her squad lose their lives. And it's on her. We scaled back the lesson a little bit for the book, especially because the book is meant for such young kids. But they allowed me to keep the lesson in there about failure. And I think even at an early age, we need to talk about the fact that kids, you know, you're going to make mistakes, you're going to fail, but that's okay. Because you're going to learn from those mistakes, and you're going to get better and get stronger and get wiser from those mistakes and those failures.” 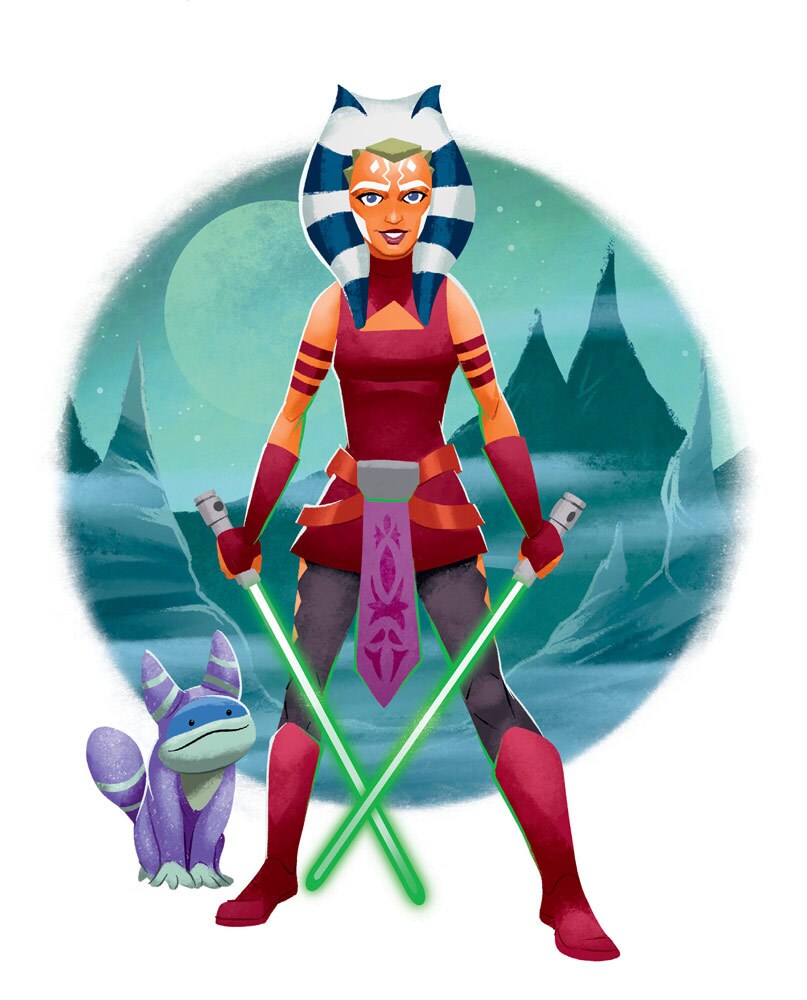 Eckstein also was pleased the original ending to Ahsoka’s journey in The Clone Wars, walking away from the Jedi Order, was presented in the book. “Every student is going to go out on their own, and they're going to make their own decisions and choose their own path. And I think that’s really important for kids to realize: that’s what they're working towards.” 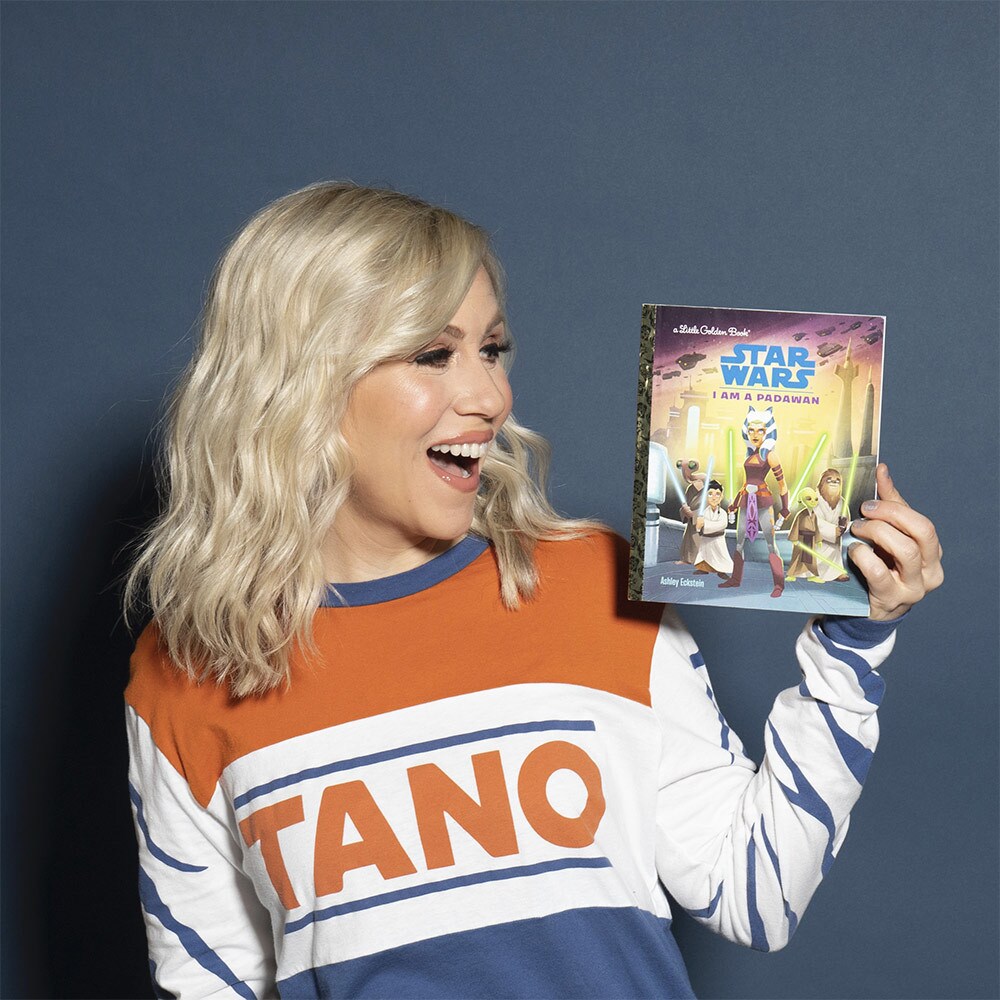 And ultimately, Eckstein hopes the book conveys the lesson that hope is important, especially in challenging times in a child’s life. “Star Wars has always meant hope to me. It's always represented a story of good overcoming evil. And whenever I've needed a little bit of hope, I've always turned to Star Wars. I mean, my whole life. I've done that. And then as you know, obviously, over the past several years, being the voice of Ahsoka, Ahsoka has represented hope to me. And I often asked myself, ‘What would Ahsoka do?’ Because I feel like Ahsoka would do the right thing. She would do the hopeful thing. And Ahsoka has inspired me so much.”

Order your own copy of I Am a Padawan now!

And check out our interview with the book's artist, Shane Clester.

Ashley Eckstein Star Wars: The Clone Wars (2008) I Am A Padawan