The light of the Jedi goes dark as one of their own dons the face paint of the Nihil.

Sporting a new mohawk and the three lightning bolts of the Nihil storm, Jedi Keeve Trennis now appears to be coming after her own.

In Star Wars: The High Republic #9, Wayseeker Orla Jareni is under attack by two familiar foes: Trennis and Terec.

The High Republic #9 from writer Cavan Scott and artist Ario Anindito, with a cover by Phil Noto, is available for pre-order now on Comixology and at your local comic shop on September 1. 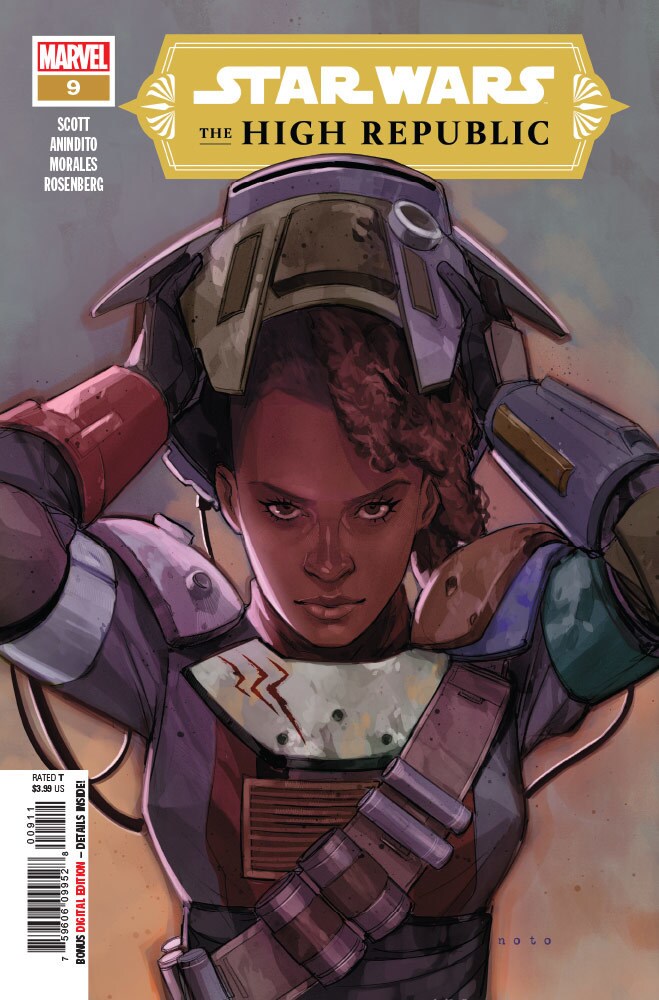 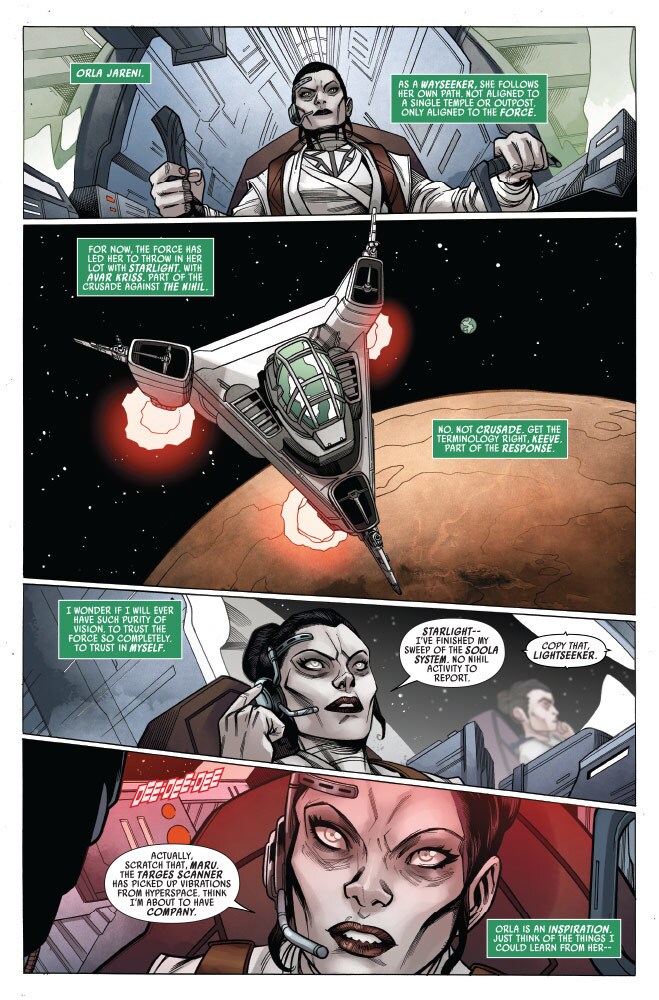 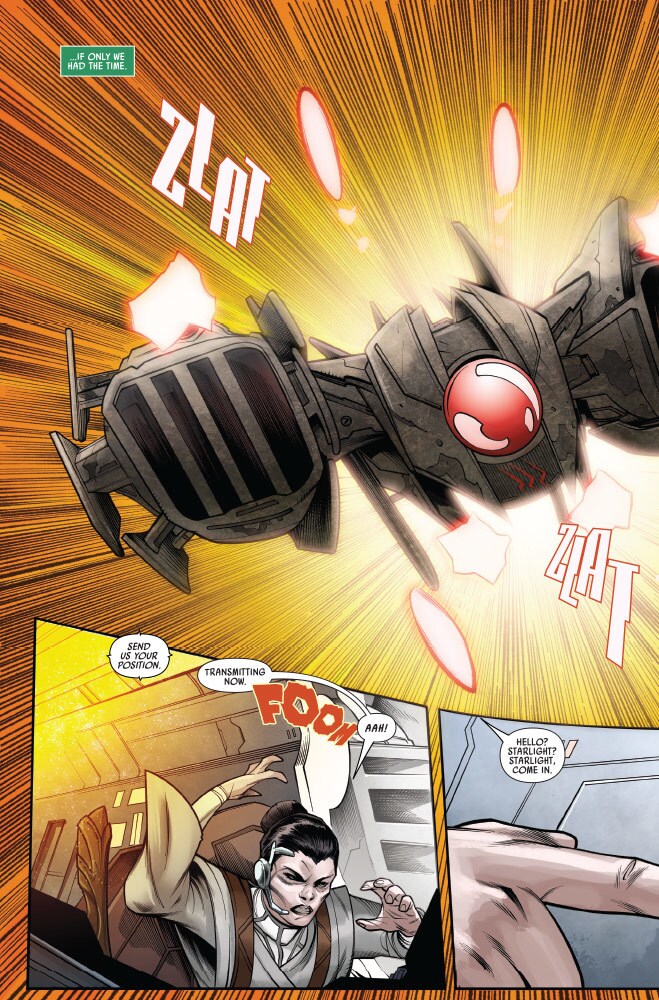 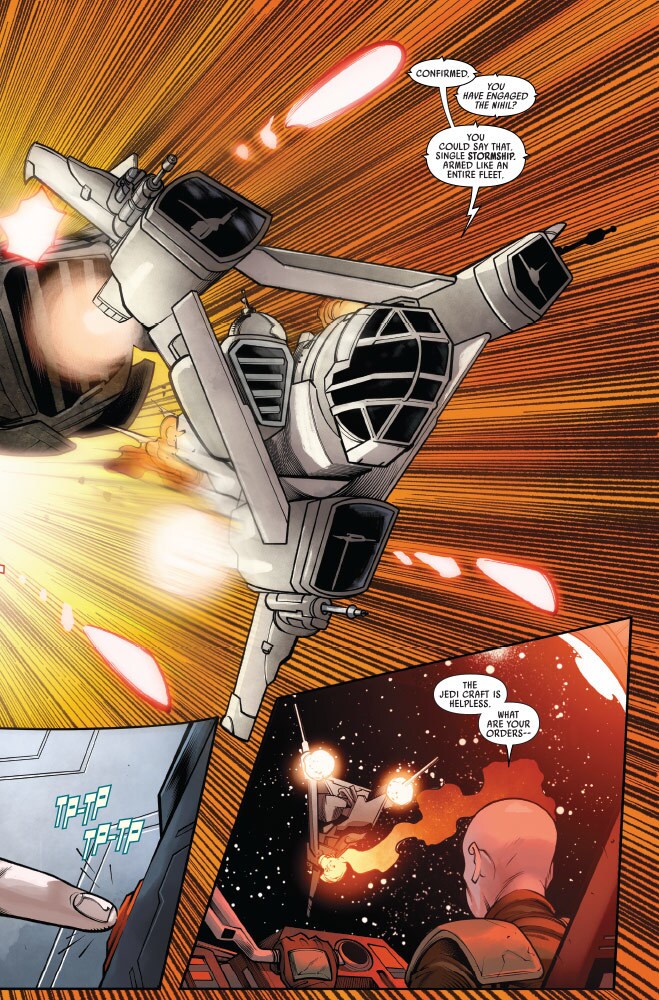 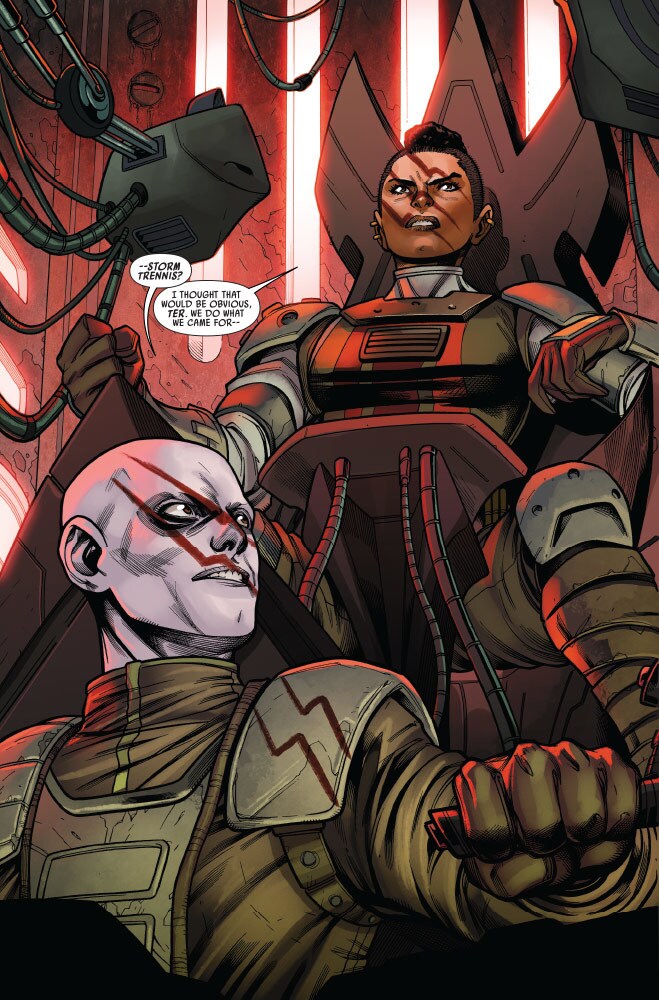