Han takes a job for Jabba the Hutt in the first issue from the new comic book series.

There's only one thing that could convince Han Solo to work with the bounty hunter Greedo and return to his home world of Corellia. Make that one million things.

In StarWars.com’s exclusive preview of Marvel’s Star Wars: Han Solo and Chewbacca #1, the scoundrel takes on a job for Jabba the Hutt with the promise of a hefty payday.

Star Wars: Han Solo and Chewbacca #1 written by Marc Guggenheim with art by David Messina and a cover by Alex Maleev arrives March 9 and is available for pre-order now on ComiXology, and at your local comic shop. 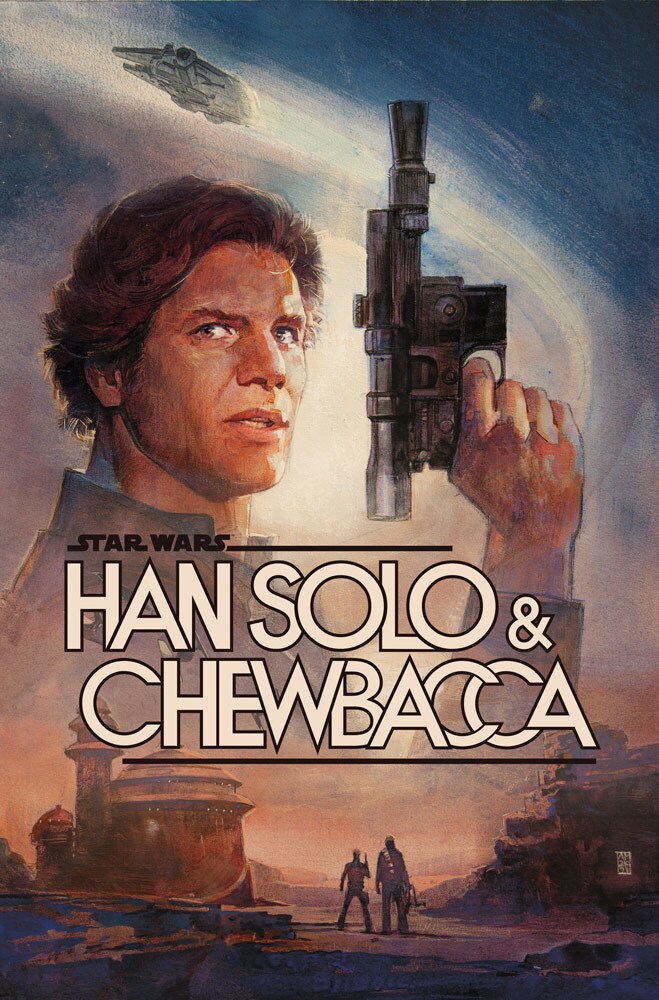 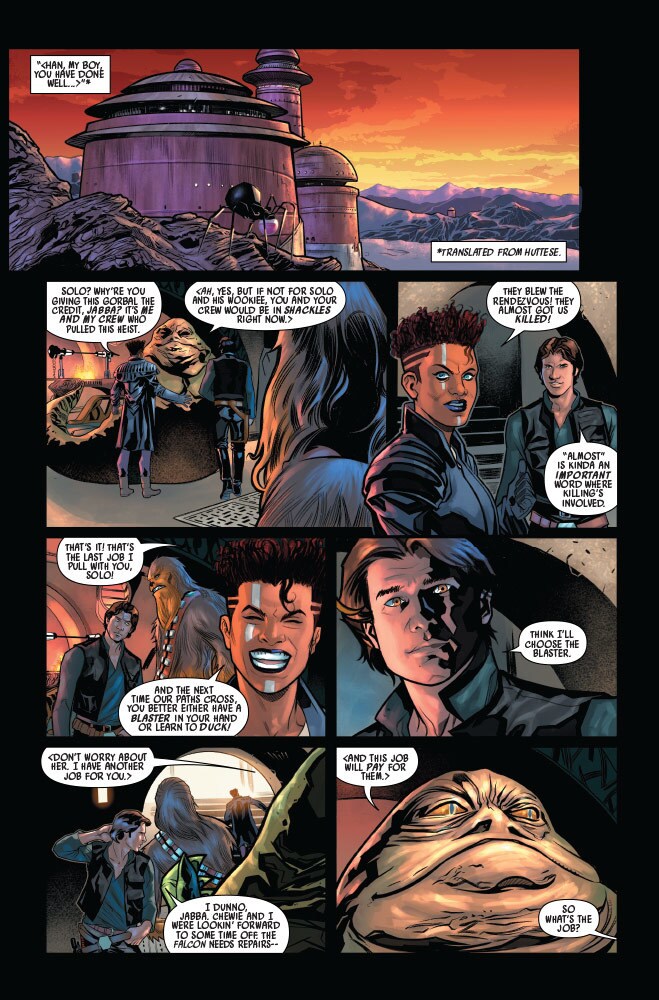 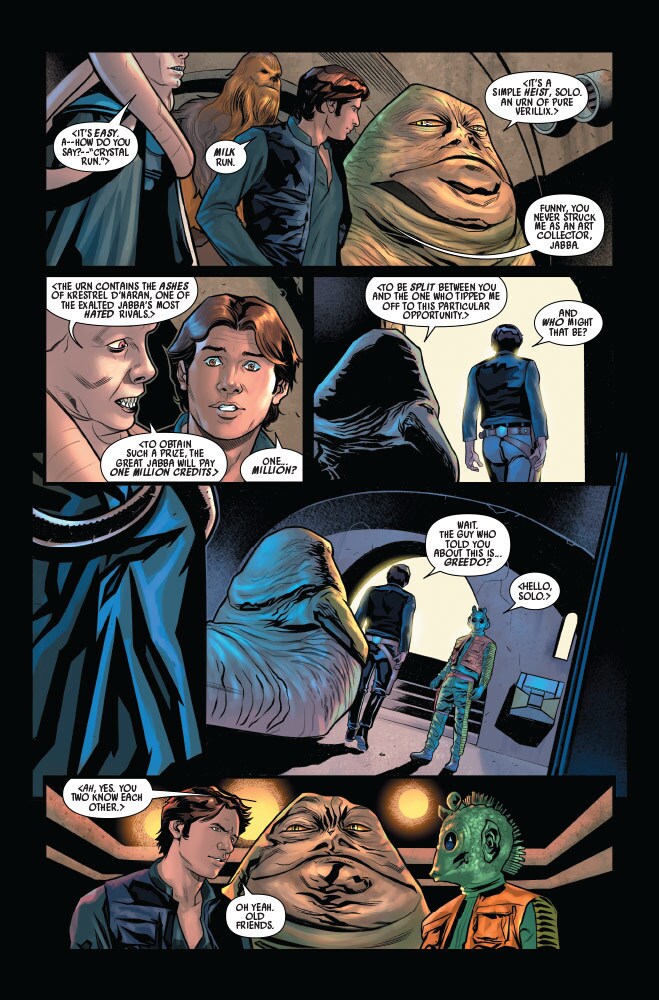 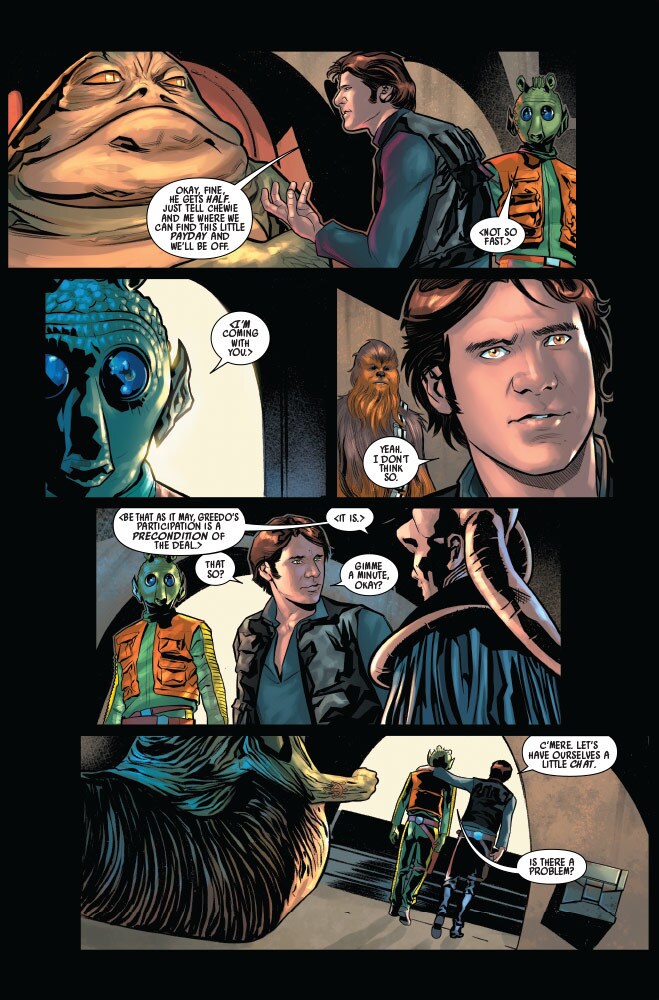 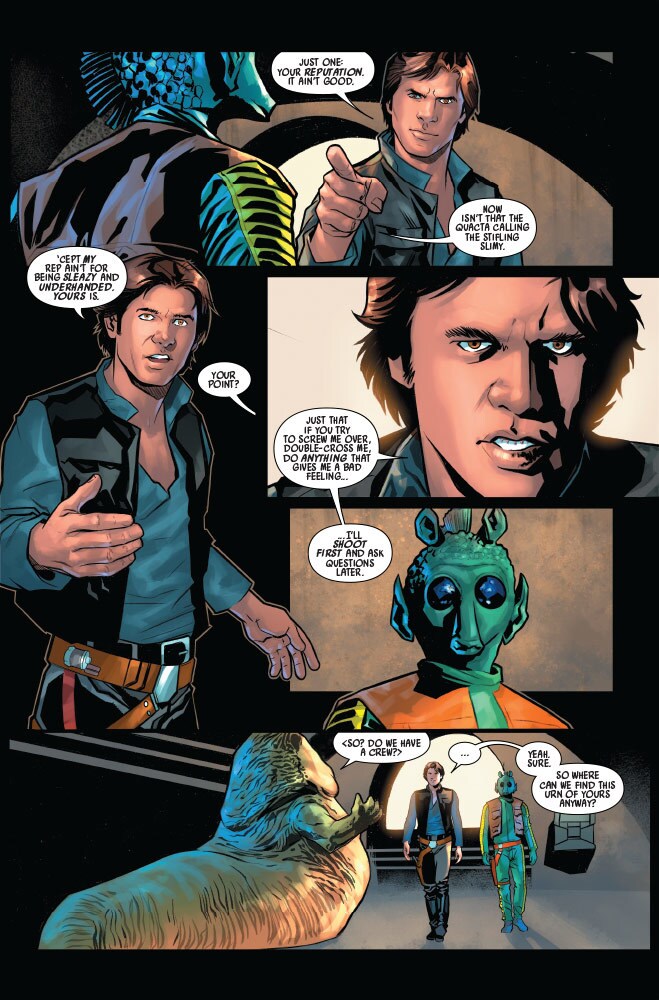 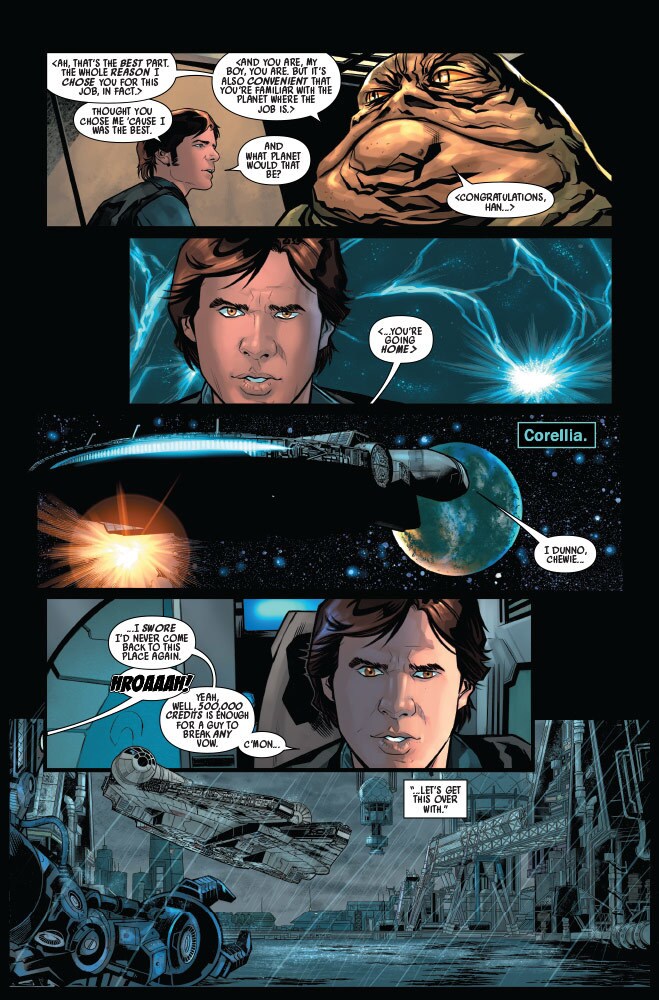