From the Corps to the Alliance: Janine K. Spendlove, US Marine and Star Wars Author, Discusses 'Inbrief'

In the last week of June, Del Rey released the paperback edition of Star Wars Battlefront: Twilight Company, a novel by Alexander Freed. Included in this version was a related short story, “Inbrief,” written by Janine K. Spendlove. First published in Star Wars Insider #161 last fall at the same time as the novel’s release in hardcover, “Inbrief” provides some greater understanding of Brand, one of protagonists of Twilight Company, and a veteran soldier of the Rebel Alliance. StarWars.com had the chance to chat over e-mail with Spendlove, an author as well as a pilot in the US Marine Corps, about her story and joining the world of Star Wars. 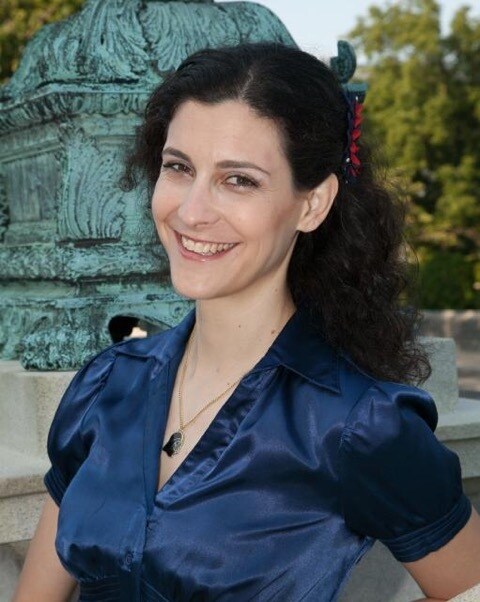 StarWars.com: What's the behind-the-scenes story of how “Inbrief” came to be?

Janine K. Spendlove: In March of 2015, I’d just landed from a flight and was on my way back to my office to take care of some post-flight admin, and I quickly checked my phone to see if I had any new e-mails. I had the usual social media notifications, spam, and one titled “Star Wars Insider Short Story #161.”

I was very confused. Was this an advertisement? A reminder for something? But then I saw the official e-mail address…and my heart started to race as I quickly devoured the e-mail from the representative at Del Rey asking if I’d be interested in writing a companion story to the then-unannounced tie-in novel for the then-unannounced Star Wars Battlefront video game. It would be about one of the novel’s side characters — a bounty hunter — and would be approved by the Lucasfilm Story Group. Would I be interested in discussing things in more detail?

I sat down right where I was on my squadron’s staircase and just stared at the screen, hand covering my mouth, and fighting back tears of both disbelief and absolute joy. I’ve been reading Star Wars books and stories since I was 15 and this was most definitely beyond a dream come true. If any of my Marines had come upon me right then I would have made quite the sight!

I quickly composed myself and called my husband and tried to stay cool as I told him. But I was HUMMING with excitement. I don’t know how I got through the rest of the day (thankfully it was mostly over already) and when I got home sat down to write my response (I tried to sound as calm and professional as possible…but STAR WARS). Clicked send on my e-mail and then sat back grinning, so excited.

Then another thought hit me… WHAT IF I RUINED STAR WARS SOMEHOW??? My husband assured me that my editors would not let me “ruin” Star Wars. But still, it was a nagging fear.

I was sent the draft of Star Wars Battlefront: Twilight Company and read it in a day, story ideas about Brand already hopping all over my mind. A few days later I had a phone conference with my editors and pitched them my thoughts about Brand, her background, potential motivations, and the storyline I’d come up with for her. They loved my ideas, and helped me refine them, and then I was off!

I turned in my outline for approval with the Story Group that week and set to writing the story because while I wouldn’t miss this opportunity for anything, I also had a deployment to prepare myself — and, more importantly, my Marines — for.

Trying to write an entire character’s backstory in 3,000 words was definitely a challenge, but one I enjoyed — it meant every single word had to count and I still had to find a way to show the richness and depth of her character as well as tell an engaging story.

I turned in my story in at the end of April, received my first set of notes from my editors in mid-May, and then a couple more minor tweaks from Lucasfilm in early July, which was also coincidentally when they officially announced me as a writer (AND I COULD FINALLY TALK ABOUT IT!) and a couple days before I deployed. It was a great note to depart on!

“Inbrief” was released in Star Wars Insider #161 in November, and my editors were kind enough to send me several copies to share with my Marines on our deployment. Let’s just say there continues to be lots of happy skipping and excited claps of joy coming from my direction. And yeah, I’m still pinching myself.

StarWars.com:  Your story provides flashbacks to a few key events in the life of Brand, one of the main characters of Battlefront: Twilight Company, while she is at a pivotal moment in her own life. What role did you have in fleshing out a character from the then-upcoming novel?

Janine K. Spendlove: Alexander Freed conceived and wrote [Brand] in Battlefront: Twilight Company (and did a marvelous job — seriously go read it!), but I had been tasked with giving her a backstory — a reason for her to be at the place she was in the novel. That was looooooads of fun! I love world building and I reveled in the opportunity to include some cultural and linguistic aspects of both my Brazilian and my daughter’s Mozambican culture. 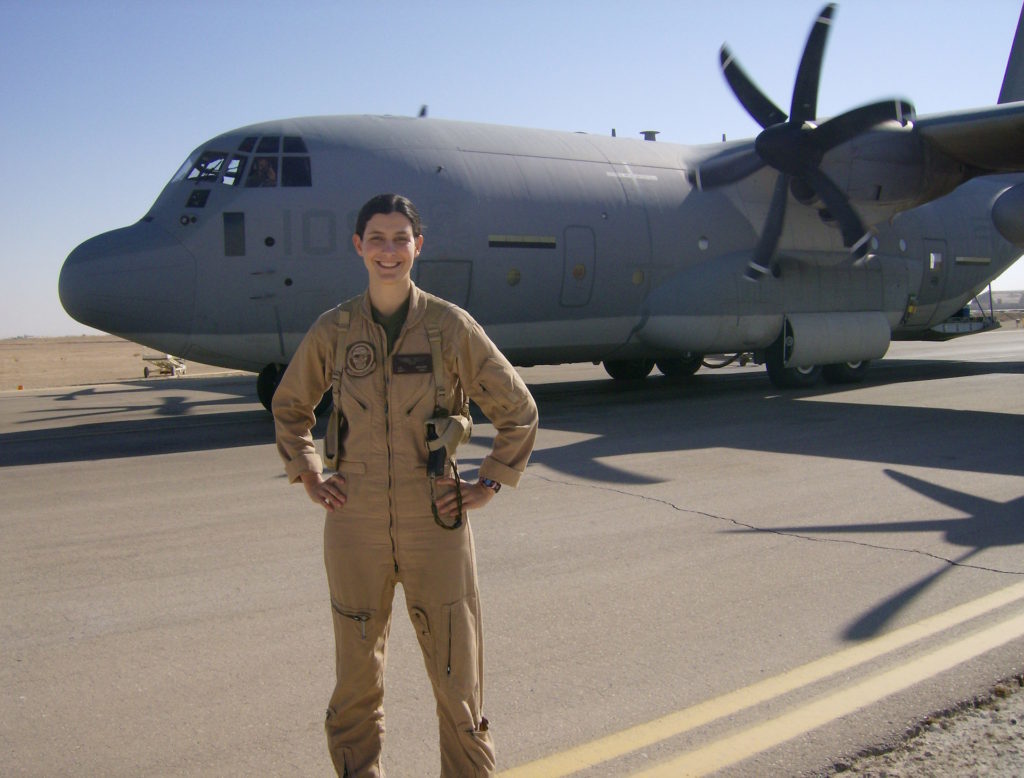 StarWars.com: As a US Marine pilot, you have a lot of first-hand knowledge of military life. How does your experience shape your storytelling? And when do you find time to write?

Janine K. Spendlove: I think our life experiences in general shape how we write — at least it certainly does for me. Here, writing about a military unit was very comfortable and easy for me to settle into. I was also glad for the opportunity to introduce some subtle aspects to things that are definitely part of military life, but don’t always make it into stories. For example, while I’m certain there are some military members who play poker while deployed, I’ve never met any. On the whole, the most popular card game by far that is encountered across every American military branch in every location around the world is Spades or some variation thereof, like Hearts, Euchre, Bridge, etc. All you need is a deck of cards, settle on the “House Rules,” and you’ve got hours upon hours of entertainment to help while away the long periods of waiting and boredom. Hence, the introduction of a game called Lifters in “Inbrief.”

As for when do I find time to write? Heh, well, often I don’t, and usually I have to “steal” it. Between being a mom, wife, and Marine (all 24/7 jobs), it’s difficult, but I find opportunities where I can -- more often than not it involves waking up at 0400 and writing until it’s time for me to get ready and face the day. 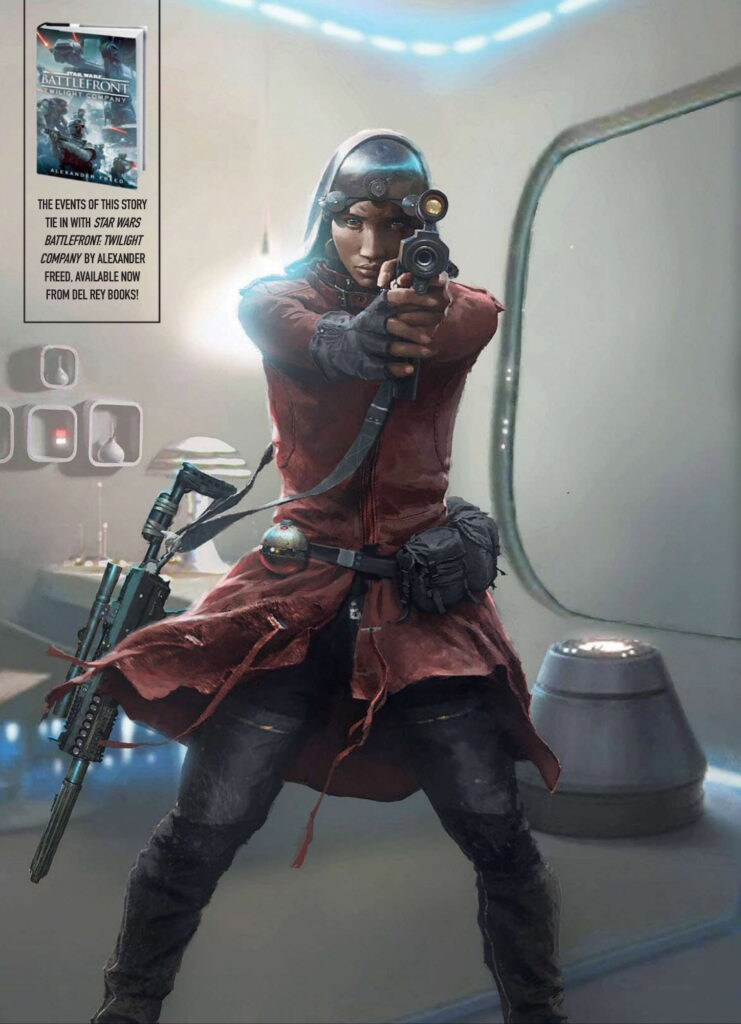 StarWars.com: Brand is a different type of Rebel soldier -- she's not really in it for the cause of overthrowing the Empire, or is she? How do you think that affects her job as a member of Twilight Company?

Janine K. Spendlove: Ohhhh, this is a tough one for me to answer as it’s kind of the point of “Inbrief” and will spoil the story if I say too much. What I will say is that, ultimately, Brand fights for the same reason any member of the military who has ever been in a combat situation fights. We all joined for different reasons (a higher call, steady paycheck, healthcare, the uniform looks awesome, desire to serve, etc.), but when push comes to shove, and you’re out there in the middle of it all, you’re there for the Marine to the right and to the left of you. They’re your family and you would willingly lay down your life for them if called to do so.

StarWars.com: What was it like getting into the head of the other main character of “Inbrief,” Micha “Howl” Evon?

Janine K. Spendlove: That was a blast and so very easy, especially given the timing — I was putting together a detachment of Marines and was going through inbriefs with them, and prepping my detachment for our upcoming deployment. Howl is similar to the type of commander I strive to be — he pays attention and listens to his troops, then figures out the best way to motivate them. He’s kind but firm. It’s a hard job he’s asking them to do…but also simple. He wants nothing less than complete loyalty and love to the unit, and he gladly gives all of himself in return. You’ll find no stauncher ally and protector than Captain Micha “Howl” Evon, but heaven help you if you do wrong by those he leads and protects. 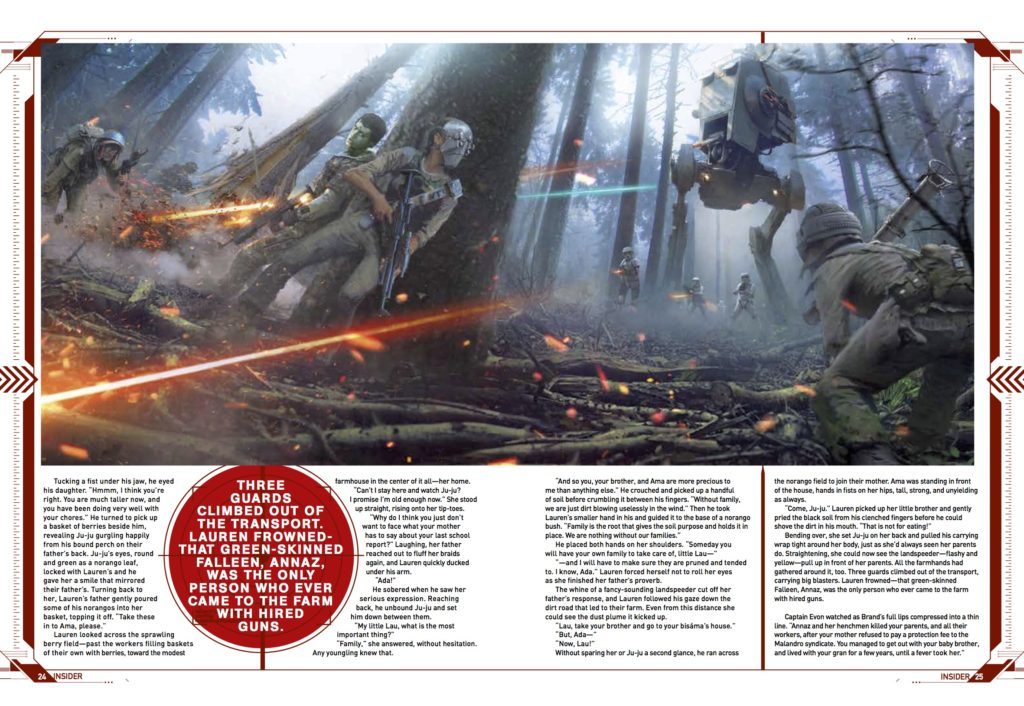 StarWars.com: What has been the response from readers to your story? And now that both “Inbrief” and the Battlefront novel are printed in the same book, what do you hope new readers will take away from your story that the earlier audience might have missed?

Janine K. Spendlove: It’s been fantastic! I’ve had readers come up to me at conventions quoting lines from the story and that just delights me to no end especially because I was so worried I would “ruin Star Wars.” I hope readers will realize just how rich every single character Alexander Freed created in Battlefront: Twilight Company is. We get a deeper look at two of them in “Inbrief” but he created so many and every single one of them has a story just as rich and deep as Brand’s and something that motivated and inspired them to join the Rebellion.

“Inbrief” is included with the newly-released paperback mass market edition of Star Wars Battlefront: Twilight Company by Alexander Freed, available from Del Rey. You can also find an excerpt of Battlefront: Twilight Company as well as the full version of “Inbrief” and other novel excerpts and short stories in the free Star Wars 2016 Del Rey Sampler, available in print at select conventions, and as an ebook online.