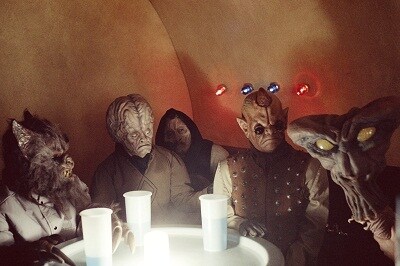 We are on the very eve of Celebration VI. I’m writing this post in between tech rehearsals at the Behind-the-Scenes stage, looking ahead to what Saturday, August 25th holds (Here's Day 1, and Day 2). It’s a very full day with a lot of great panels on my stage, but there’s one in particular I want to highlight. Sculptor and cantina-expert Tom Spina and I have been collaborating to make this one a must-see event. You will find out more about the creation of the Mos Eisley Cantina aliens than you could ever imagine possible, I promise you that! This panel boasts never-before-seen pictures and footage, and a chance to leave your mark on the Expanded Universe.

11 am – 12 noon: A Quirky Point of View: The Star Wars Books of Matthew Reinhart & Jeffrey Brown. The day starts with Matthew, Jeffrey and I reuniting, since we last shared a stage at Comic-Con. If you caught that panel, it was just a taste since this time ‘round, we’ll see more of their books in development. Matthew will offer an even closer look at his forthcoming Star Wars: A Galactic Pop-Up Adventure and Jeffrey will share concept sketches of this forthcoming Vader’s Little Princess book. A must for book fans,  readers of all ages, and art fans.

1:30 – 2:30 pm: Ben Burtt: In the Cutting Room with Star Wars. I’m a huge fan of Ben Burtt, as is evidenced by my inadvertently ruining the Wilhelm for everyone (I feel terrible about that). This time, though, Ben comes to the behind-the-scenes stage to talk about his role as an editor. A must for film fans.

3-4 pm: The New Star Tours: The Adventures Continue. When in Florida, many will no doubt visit Walt Disney World to blast off on a Starspeeder 1000 trip on the new Star Tours. ILM’s Bill George and Steven F. Spiegel from Disney will offer a look behind-the-scenes on the creation of this amazing ride. A must for Disney and ILM fans.

4:30 – 6 pm: Behind the Scenes of the Cantina: Back in 2003, I wrote an in-depth feature for StarWars.com about the famous Mos Eisley Cantina, prompted by my discovery of 1977 Lucasfilm memos that attempted to name many of the otherwise nameless cantina aliens. These names never stuck, but it was nonetheless foray into Star Wars production archaeology.

Years later, Tom Spina and I would connect about that article, since it piqued his interest as the foremost expert on the creation of the cantina. With my recommendation, Tom was recruited by Lucasfilm to recreate the cantina for the Volkswagen Super Bowl commercial earlier this year, and he and I have been corresponding regularly since about our myriad discoveries about the making of this classic scene. 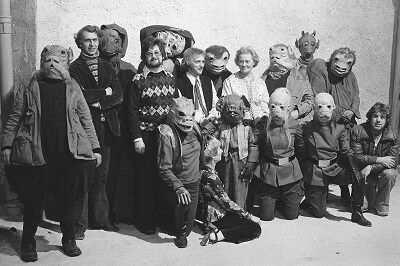 We’ve collected our discoveries and invited two of the original cantina creators – Nick Maley, who was part of Stuart Freeborn’s UK-based crew (that's him above in that awesome sweater), and Jon Berg, who was part of Rick Baker’s US-based crew (that's him below wrestling with Hammerhead) – to explore the creature-filled tavern in unprecedented depth. We’ll have hundreds of rare photos – many never before seen – as well as never before seen footage from the cantina. 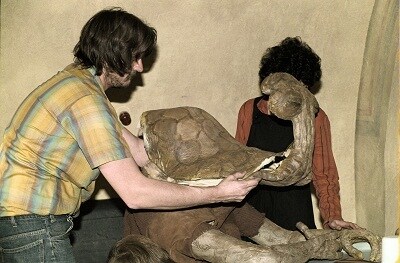 And if that’s not temptation enough, Tom has recreated a mask of one of the most obscure cantina aliens that we will be giving away to a lucky audience member. Furthermore, someone will get a chance to have their name immortalized as a Star Wars character, as we’ve uncovered a never-before-named cantina alien lurking in the shadows! Don’t miss it! A must for Episode IV fans! 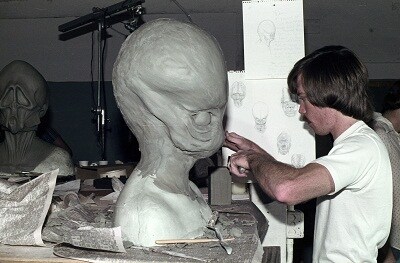 6:30 – 7:30 pm: Unlearn What You Have Learned: Storytelling in an Evolving Galaxy. If you ever get me and Dave Filoni talking about Star Wars, you’ll find we can quickly fill an hour. Turns out (much to our collective surprise), we can also fill a stage. Dave and I call this our “nerding out” panel, where he and I just talk about Star Wars: The Clone Wars, address fan misconceptions, and explore what goes into the creation of the series. No slides, no video, no imagery. Deep nerd discussions! Be warned!

Pablo Hidalgo is paid to know the difference between Romba and Lumat and dies a little bit inside when you misspell Wookiee or Lucasfilm. He lives in San Francisco.