The critically acclaimed series is released today in eBook form -- with exclusive content! 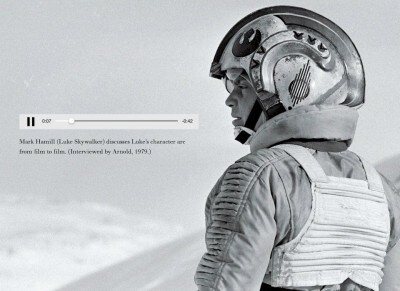 About a year ago, Random House came to us with the idea of creating enhanced eBooks out of the three Making of books I’d written on the original trilogy. Odd as it may seem, a year is not a long time. When possible I made busy forays in the film archives on Skywalker Ranch, where archivist Monica Chin-Perez was invaluable in helping to dig up old reels of 16mm behind-the-scenes footage and 35mm dailies (actual scenes filmed on set by one of the main cameras and subsequently chosen to be “printed”/developed). We had the selected film digitized at Spy Post and then went through another selection period, during which I showed what I found to marketing and PR, and to experts Pablo Hidalgo and Leland Chee, for their feedback. We pretty much all agreed on what was the most interesting material. 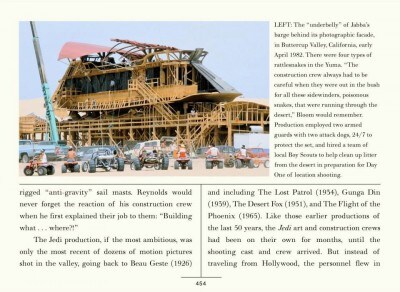 It’s true, however, that we couldn’t fit a few things into the eBooks due to lack of digital space -- C-3PO in the Tatooine desert; an ILM crew led by Richard Edlund filming the sandcrawler; Luke swinging back and forth on a vine in the Dagobah forest -- but we did manage to find room for quite a lot of material (see below for the complete list). I’d say we got about 95 percent in. Hopefully we’ll find a way to show the other 5 percent in other ways in the future. 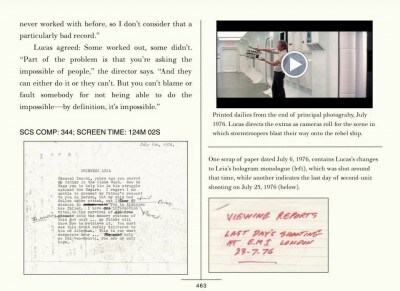 I also went back through all the original imagery that I couldn’t fit into the physical books and chose along with the publisher about 200 additional photos and artwork for each eBook, ranging from McQuarrie sketches and paintings, Joe Johnston artwork, and maquettes to on-set photography of Lucas, Hamill, Fisher, Ford, and company; to postproduction ILM pics. And the great thing about reading this on an iPad is that you can enlarge nearly all the photos. All of the photos will be on other devices, but I don’t know if they’ll be enlargeable. Here is the official word from Random House on all the devices:

Each enhanced eBook will include all the text and art from the print edition plus bonus multimedia content featuring around 30 minutes of rare behind-the-scenes video, around 15-20 minutes of rare audio interviews, and additional artwork and photos. The enhanced eBooks will be compatible with iPads (and iPad Minis), the Amazon Kindle app for Apple devices, Kindle Fire devices, Nook HD and Tablets, and the Google Play Books Reader for Android and Nexus devices. Functionality of the audio/video content is subject to your eBook device. Check the store listing on your favorite eBook retailer site to find out whether your device is capable of playing audio and video elements. 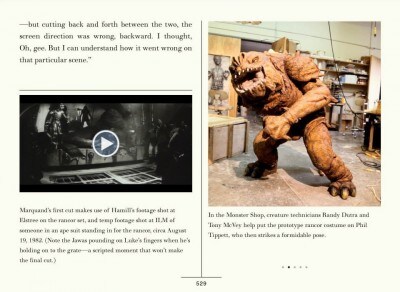 Lucas on the role of myth and folklore in Star Wars; Interviewed by Alan Arnold, 1979:

Complete List of Video/Audio Bonus Material for the Enhanced eBooks

The Making of Star Wars

(unless otherwise stated, all audio excerpts are from interviews)


The Making of The Empire Strikes Back

The Making of Return of the Jedi

* No audio. Please note -- these excerpts were chosen for their visual interest and audio is unnecessary. Also note that the video excerpts are usually less than 2 minutes long.
Lucas on the role of myth and folklore in Star Wars; Interviewed by Alan Arnold, 1979
Behind the Scenes Star Wars Books the making of star wars ebooks