One of the saga's most classic quotes is also one of its greatest lessons.

Star Wars: The Empire Strikes Back has (arguably) one of the most iconic pieces of dialogue in the Star Wars franchise, and it’s delivered by Jedi Master Yoda. His new student, the talented but impatient Luke Skywalker, needs to get his X-wing out of the murky swamp on Dagobah in order to save his friends. Yoda prompts him to use the Force to retrieve the starship, and Luke says to his teacher, somewhat reluctantly, “All right. I’ll give it a try.”

Yoda’s response: “No! Try not. Do. Or do not. There is no try.” All Luke sees is this massive ship, which seems like it would be much harder to lift than moving a few rocks around. So Luke tries. And fails. But what happened? And maybe more importantly, why is Luke not supposed to try? Isn’t that counterintuitive to what a good instructor, let alone the most respected one in the galaxy, should tell a student? Something is missing.

We’ve all been there: you want to accomplish something, achieve your goals, complete a task that seems daunting, etc. But perhaps the most important lesson here is that “trying” isn’t good enough. When Luke said he would give it a try, based on his tone, body language, and attitude, he did not really intend to give his all. To give his best. To perform at the highest level.

For Luke in this moment, trying equates to giving less than your best, or getting by on natural talent without working hard. Luke is strong in the Force, but he is also still learning, which leads to some frustration with his teacher and himself. He might be afraid to fail, or he might be tired from all of the intense Jedi training he has experienced. 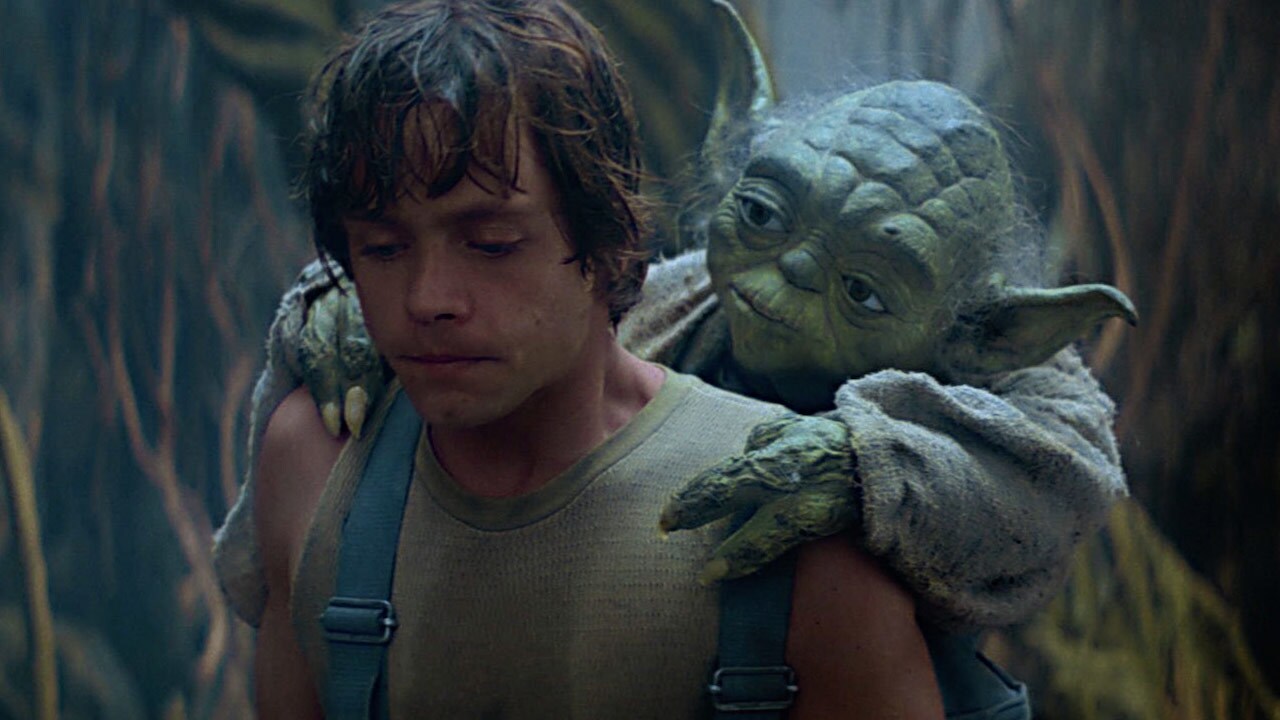 Either way, Yoda is saying to do your best, or don’t even bother. If you are not giving your all, then you aren’t putting your best foot forward. If you hope to achieve maximum results, you must give maximum effort. Anything less than that is simply less than your best. By trying (in this context), Luke is giving himself permission to fail. It’s an excuse not to work hard, and it becomes a self-fulfilling prophecy.

Ask your Padawan to consider a time when something seemed really hard to do. Was it a difficult math problem? How about writing an essay? Or maybe you had to draw something that seemed complicated? Have them reflect on a recent assignment where he or she knows they did not give their best effort. Encourage them to double their efforts, give the task another shot, and expect a different outcome.

There are a lot of challenges out there. They will make you stronger, but they might also appear impossible. Luke thought getting the X-wing out was impossible and, well, so it was. But Yoda showed him that it was not. He just had to stop trying, and start doing.