Disney+ celebrates the upcoming series with a new digital poster.

The stunning anime styles of every Star Wars: Visions short have come together in one amazing image.

Disney+ released today a new poster celebrating Visions, the upcoming anime anthology series, featuring characters from all nine stories. Against an elegant white background, you can spot the Ronin from “The Duel,” the imposing, dark-armored Am from “The Twins,” and more. Check out the Japanese and English versions below! 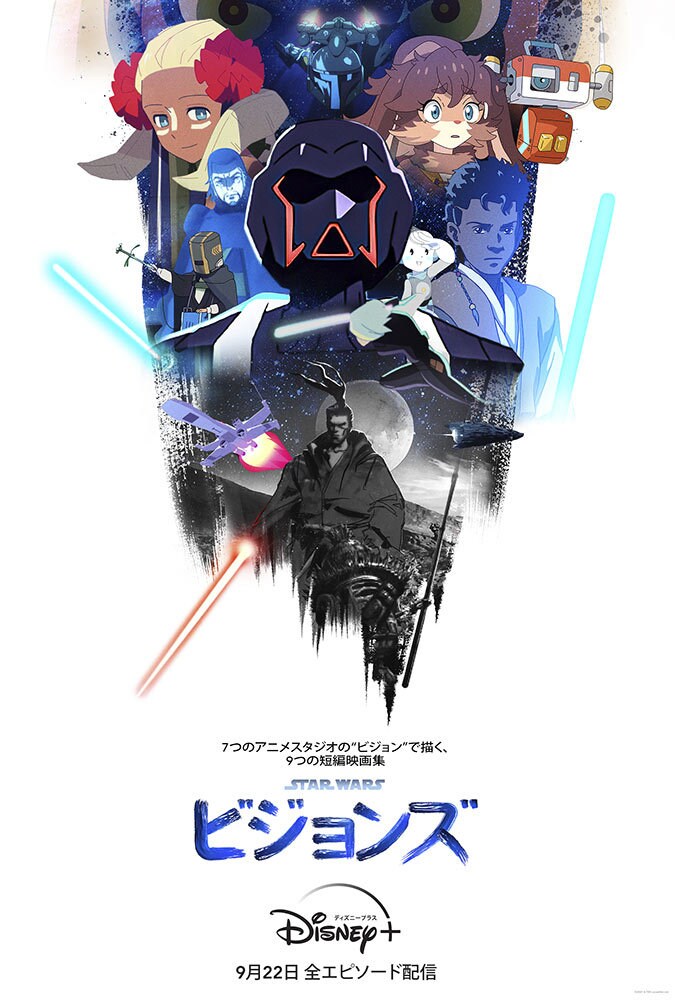 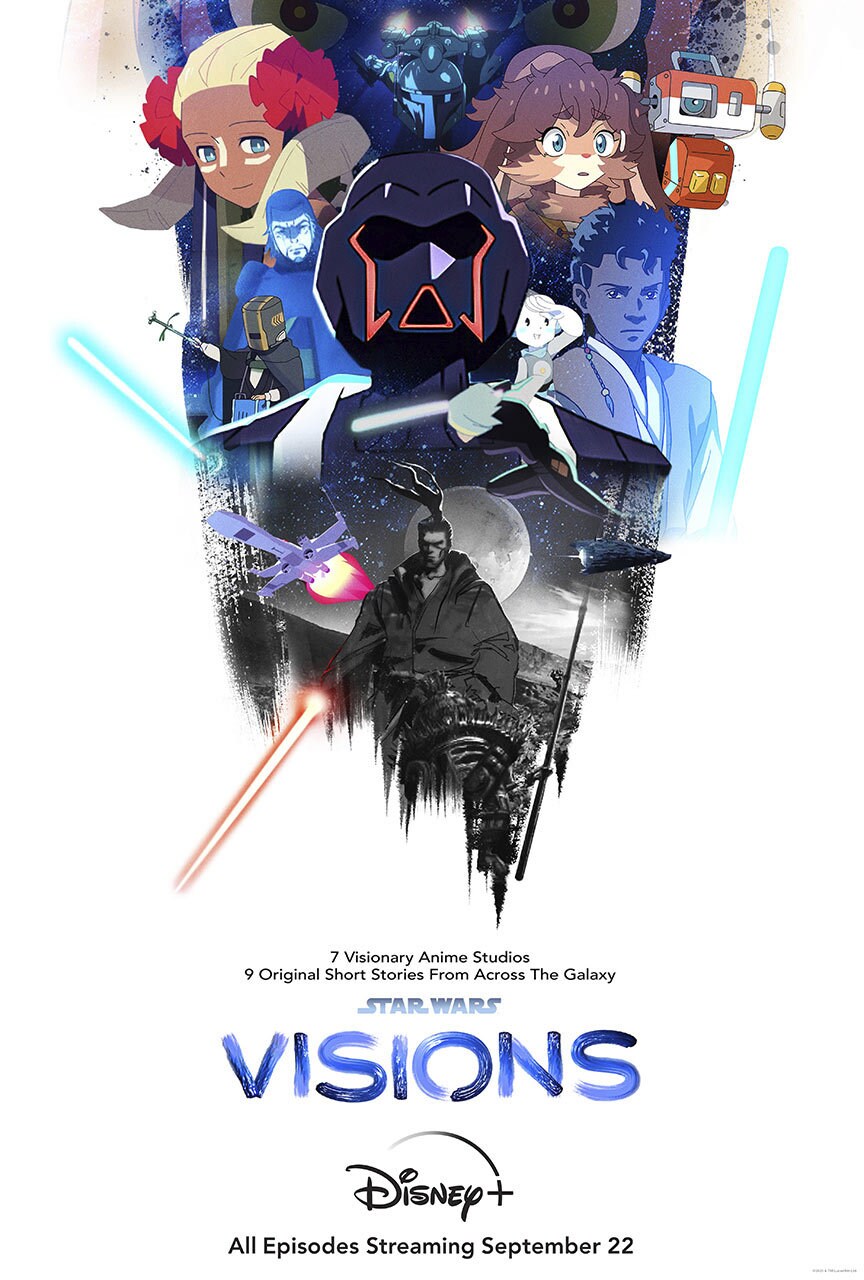 Visions arrives September 22 on Disney+, with every episode streaming on launch day. The series features tales that reimagine the Star Wars galaxy from some of the world’s greatest anime studios.

For more on Visions, check out our recap of the Anime Expo panel on the series, watch the vibrant trailer, and stay tuned to StarWars.com.