Announcing the Official Star Wars App: Your Lightspeed Connection to a Galaxy Far, Far Away

An elegant app for a more civilized fan, with breaking news, innovative features, and more.

If you've ever wanted to take a selfie on Hoth, play a sound clip of Darth Vader's "What?!" in response to an annoying question, or get major Star Wars news right when it's announced, you're in luck. Introducing the official Star Wars app, which lets you do all this and more.

Available now for iOS and Android devices, the Star Wars app brings together a set of fun, innovative features, is completely customizable, and connects you to a galaxy far, far away -- all the time, anywhere. To kick things off, be on the lookout for special posters (previewed below) at Lucasfilm's booth (#2913) at San Diego Comic-Con this week. Using the app's augmented reality feature, you may be able to reveal, take pictures, and shoot videos of some new friends and foes. If you do, share them with #StarWarsApp. (We promise, it's a secure hashtag and the Empire will never know.) 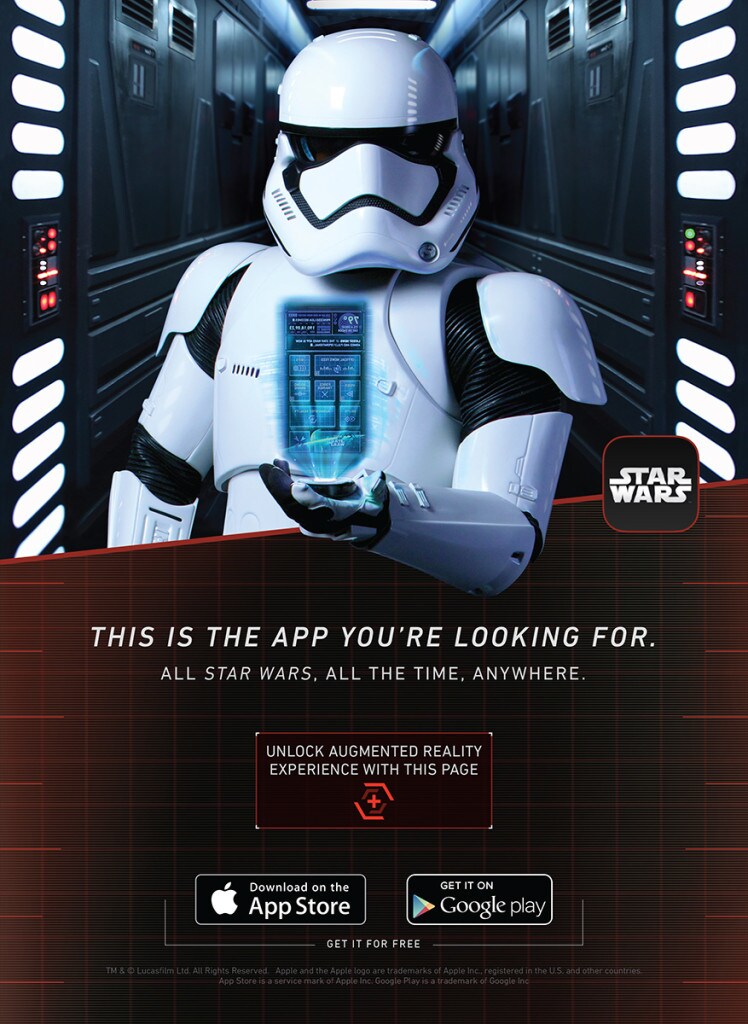 Once you download the app, here's where the fun begins:


Check out a special trailer and preview gallery below!

The official Star Wars app will continue to evolve, with new features coming soon. Until then, we would be honored if you would join us.