Adam Rex on Are You Scared, Darth Vader? and His Own Star Wars Crafts

Get a sneak peek of the upcoming book...and see its creator's homemade Death Star.

Nothing scares Darth Vader...right? Well, we'll soon find out. At New York Comic Con 2017, Lucasfilm announced Are You Scared, Darth Vader?, coming July 2018 from acclaimed writer/artist Adam Rex. In anticipation of his book's release, Rex provided StarWars.com with some sketches from the making of the book, preview pages, and photos documenting his own history with Star Wars, with commentary for each. Enjoy. "This is a Halloween photo of me dressed as Vader and wielding a PVC lightsaber my dad made. It lit up! If you’re confused why Vader would ever dress in what appears to be a short-sleeved garbage bag printed with a picture of his own face, then you weren’t a seven-year-old in 1980. All store-bought Halloween costumes looked like this at the time. That’s my brother next to me in a homemade Yoda outfit.

The original release of Star Wars was literally the first movie I remember seeing in a theater. Four years old was probably too young -- I recall believing, for some time, that Darth Vader was a robot. Whatever he was, he scared me. He scared all of us, so of course his action figure was the one we all wanted. Because it’s fun to play at being the bad guy."

"I hit on the idea of the book [when] trying to see what Vader’s afraid of. And of course he’s unimpressed with classic monsters, and I realized my readers should be sort of unimpressed, too -- Vader’s the headliner. So I spent a lot of time nudging my monster sketches toward something nonthreatening.

After I work with my editor to get the manuscript in good shape, I sketch and lay out a whole book loosely, usually in black and white. You learn things about your text when you have to think about pacing and page-turns."

"I put Vader in a sort of Dagobah-like swamp -- it was the only setting I could think of that might put him on edge.

I could have decided to render the finished illustrations in any number of styles and media. I’ve been oil painting since I was 11, and feel a real comfort and affinity with brushes and pigment and turpentine, so of course I decided instead to build a tiny swamp diorama and take pictures of it. I don’t know why I keep doing these things to myself." "Look at what a mess this thing is! Foam and cardboard and glue and wire and twine and every leftover nail and screw from every Ikea bookshelf I built between 2001 and 2007." 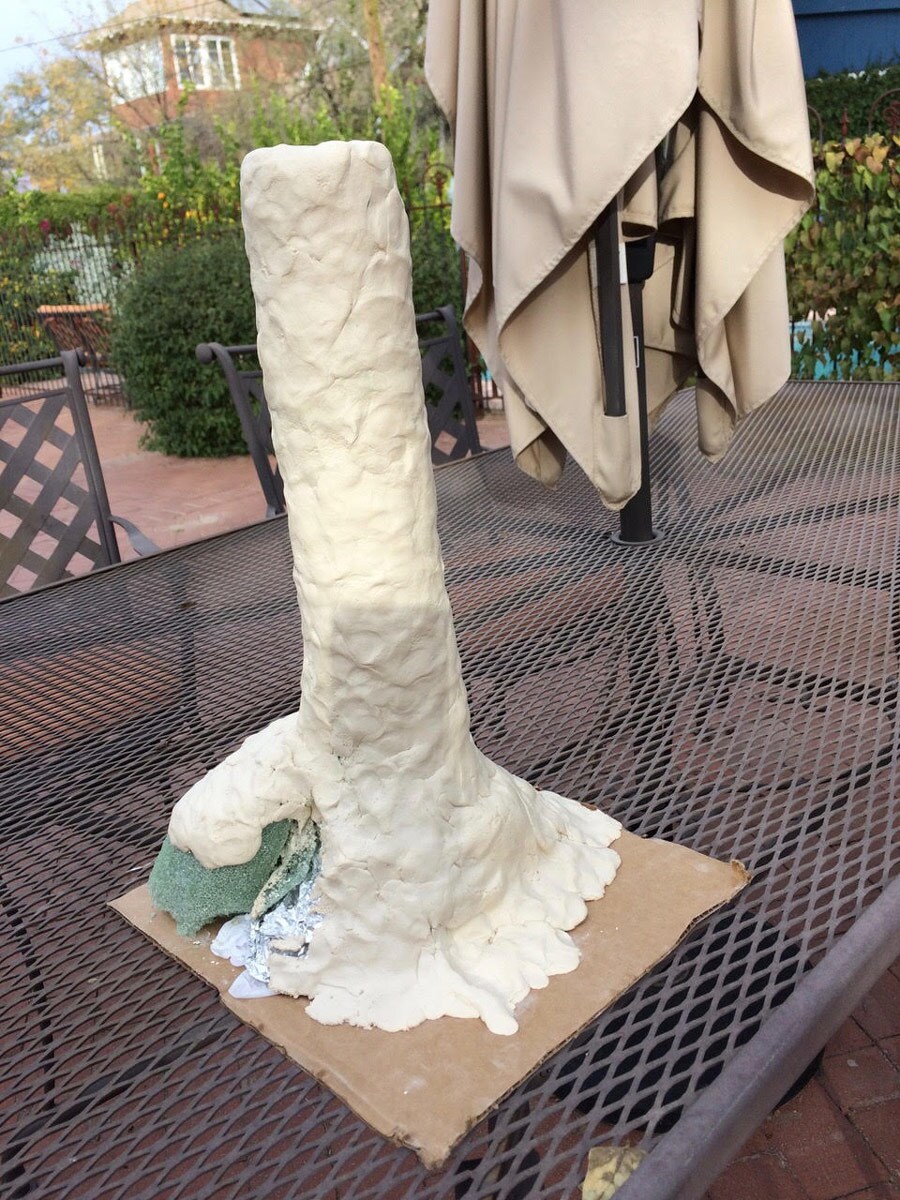 "I covered the foam framework with a kind of paper clay I’d never used before, because why not go ahead and make every step of the process frustrating and unfamiliar.

You see, I was so enchanted as a kid by any behind-the-scenes glimpse at the models and miniatures and special effects of the original trilogy that I thought it would be fitting to try to capture some of the feel of that myself." "Okay, it’s starting to look all right. To give it a little variety and texture I’m using model-maker’s moss and parts of fake plants and sponge and dollhouse props." 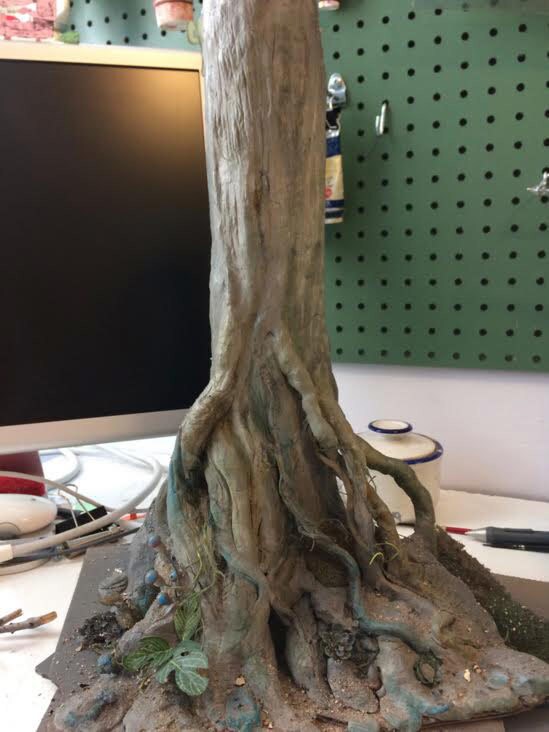 "A paint job and some schmutz, and that’s one tree done." 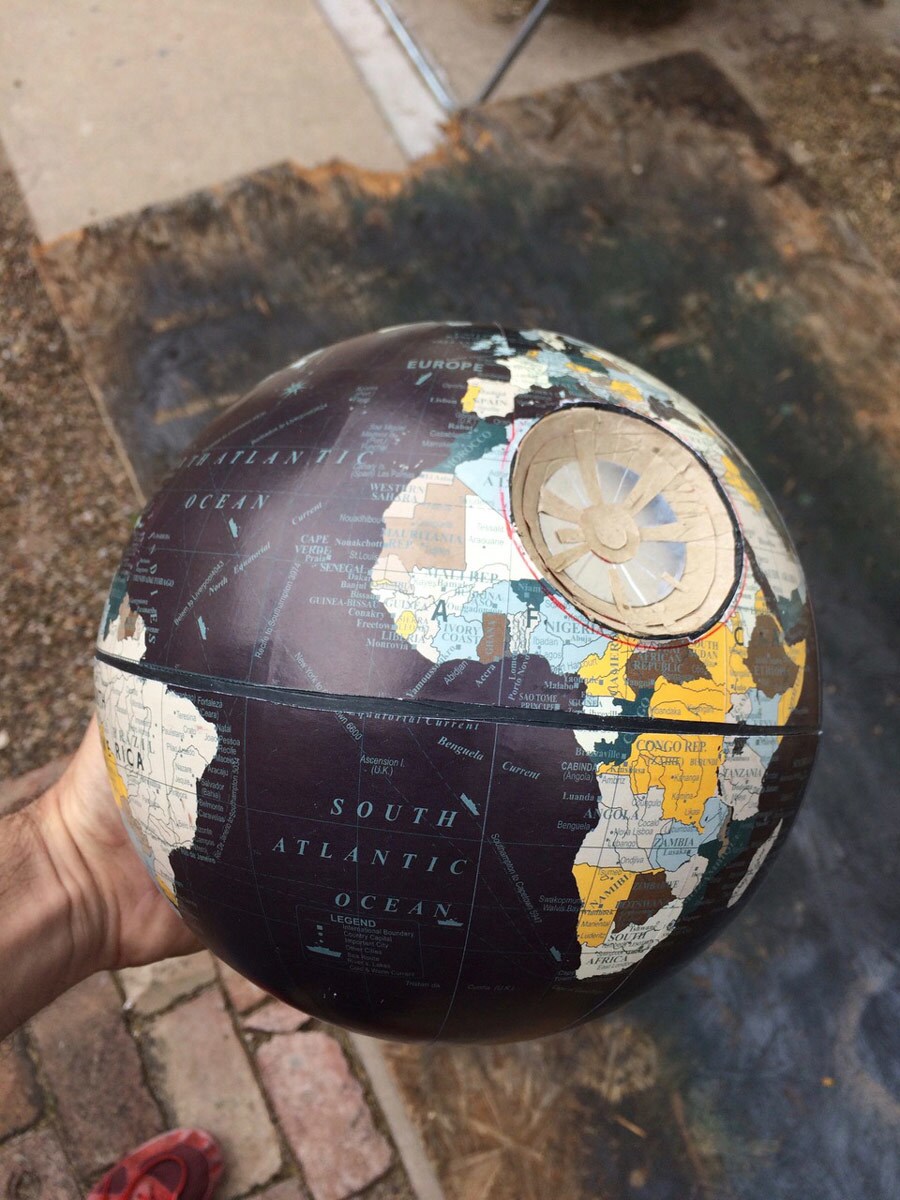 "I also made a weird little Death Star out of a globe from Target." 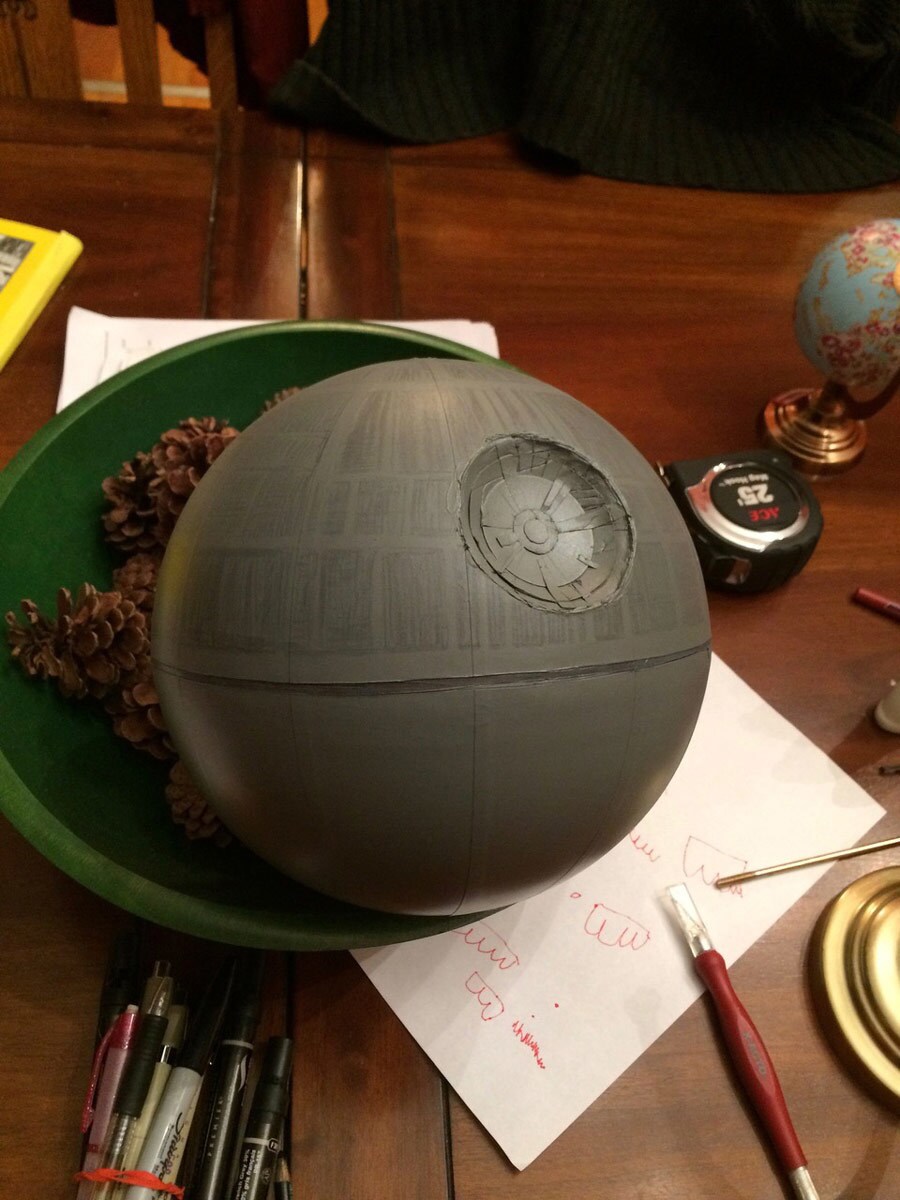 "Okay, this one required a lot of Photoshop."