We wouldn't mind digesting fresh paddy frogs, floating fruits, and these other galactic delicacies over a thousand years.

Star Wars fills us with many things: joy, hope, and sometimes sadness. But who knew it could fill our bellies, too? From nutritious Thala-Siren milk straight from the teat to Rey’s expanding portion bread, food and drink pop up more often than you think. So, without further ado, here are some of our favorites: 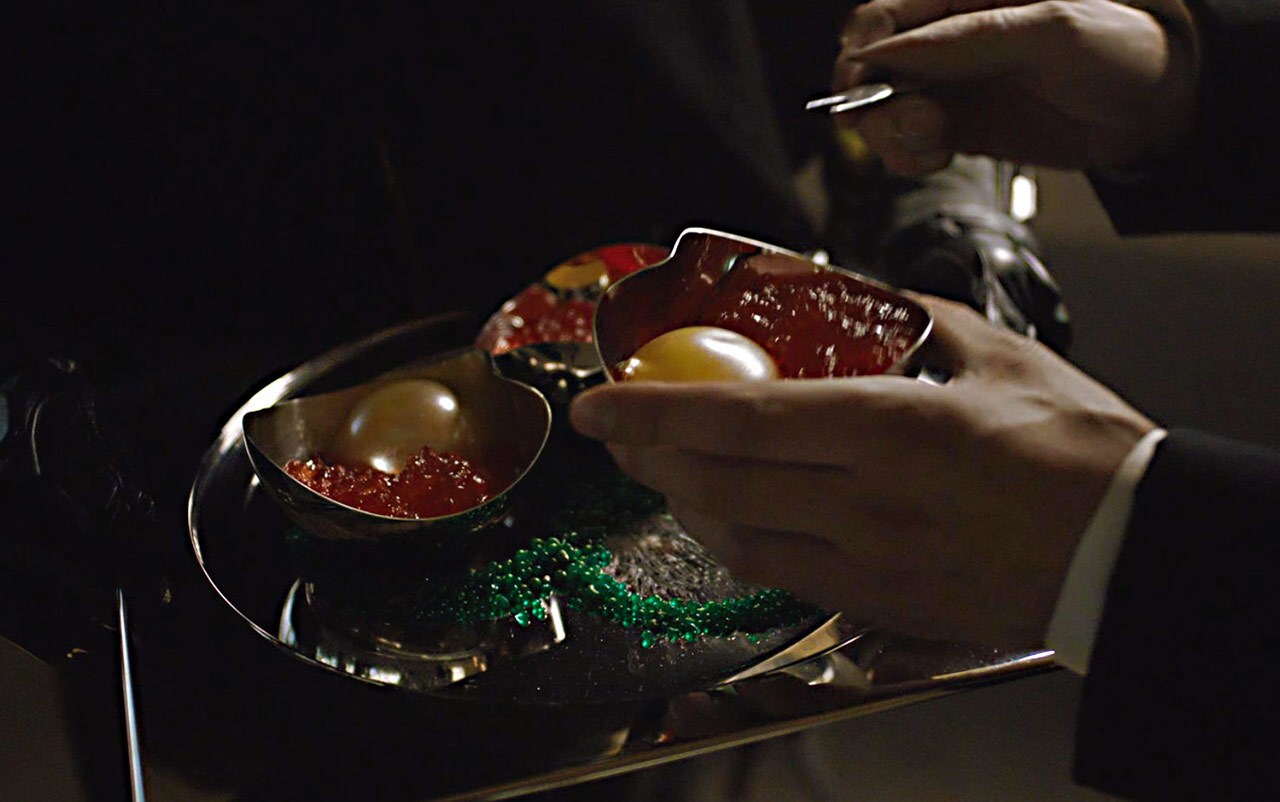 When Dryden Vos offers an egg-like treat to Han Solo and Q'ira in Solo: A Star Wars Story, I’m pretty sure the whole audience could hear my stomach rumbling. It looks a little like a century egg (otherwise known as a thousand-year-old egg), which is a Chinese delicacy. Though we don’t know much about it, I suspect it's like the caviar of the Star Wars universe.

Okay, so, this one is a little morbid. I love those adorable puffin-like creatures as much as the next person, but the roasted porg in The Last Jedi looked absolutely delicious. It was just a miniature rotisserie chicken, really. While Chewbacca was able to resist chowing down on one, I'm not sure I could’ve done the same. Maybe I should do some soul-searching… 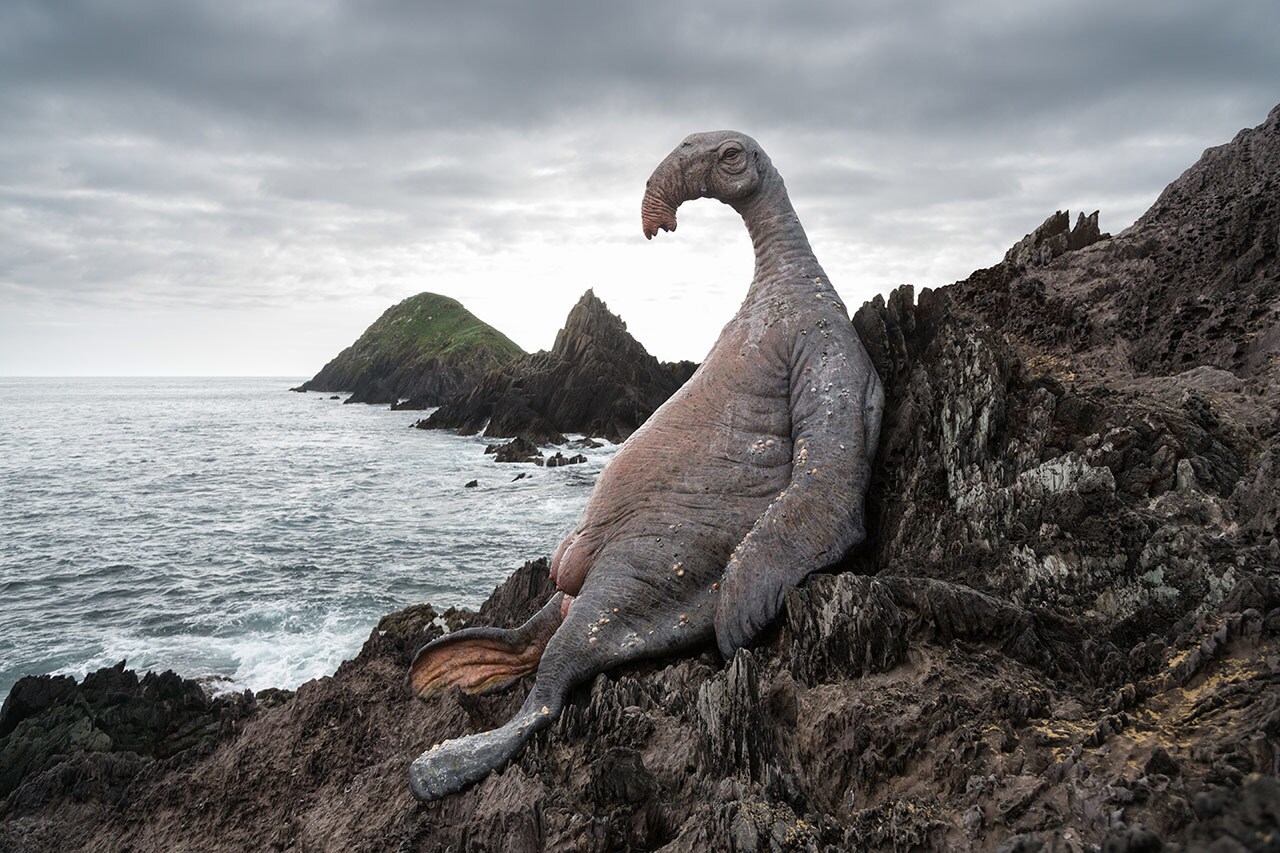 When Luke Skywalker guzzled down that green milk in The Last Jedi, most audiences recoiled in disgust. Me? Even as it streamed down his scraggly beard in tiny rivulets, effectively grossing out my husband, I still thought it looked refreshing. I mean it's got to be loaded with nutrients, right? But I'm probably in the minority here, as I was the kind of kid that squirted purple ketchup on everything. 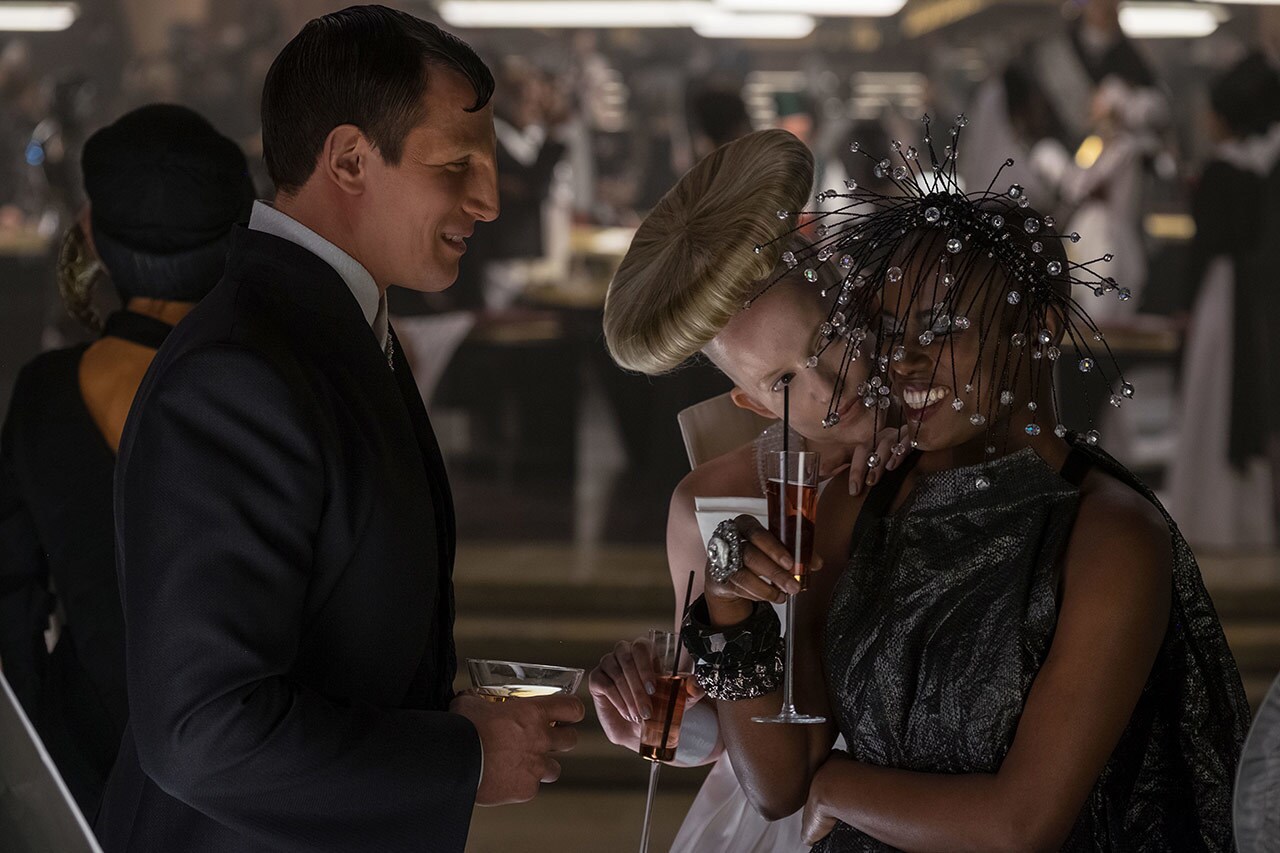 4. Anything from Canto Bight

The scene where Finn and Rose lead a stampede through a high-end gambling hall is an absolute whirlwind, which is why it's easy to miss some of the smaller details. For the keener-eyed among us, you probably noticed all the colorful cakes lining the lacquered tables. I love that Finn and Rose wreck the place, I wish they snagged a pastry or two to enjoy later.

Rey's portion bread from The Force Awakens is one of the coolest movie props I've ever seen. Just add a little water and voilà! You've got a doughy loaf. Not only does it look fluffy and delicious, watching it expand is really fun and satisfying. While it probably has little nutritional value, I bet it's really filling. Plus, it's the ideal vessel for jam or butter. 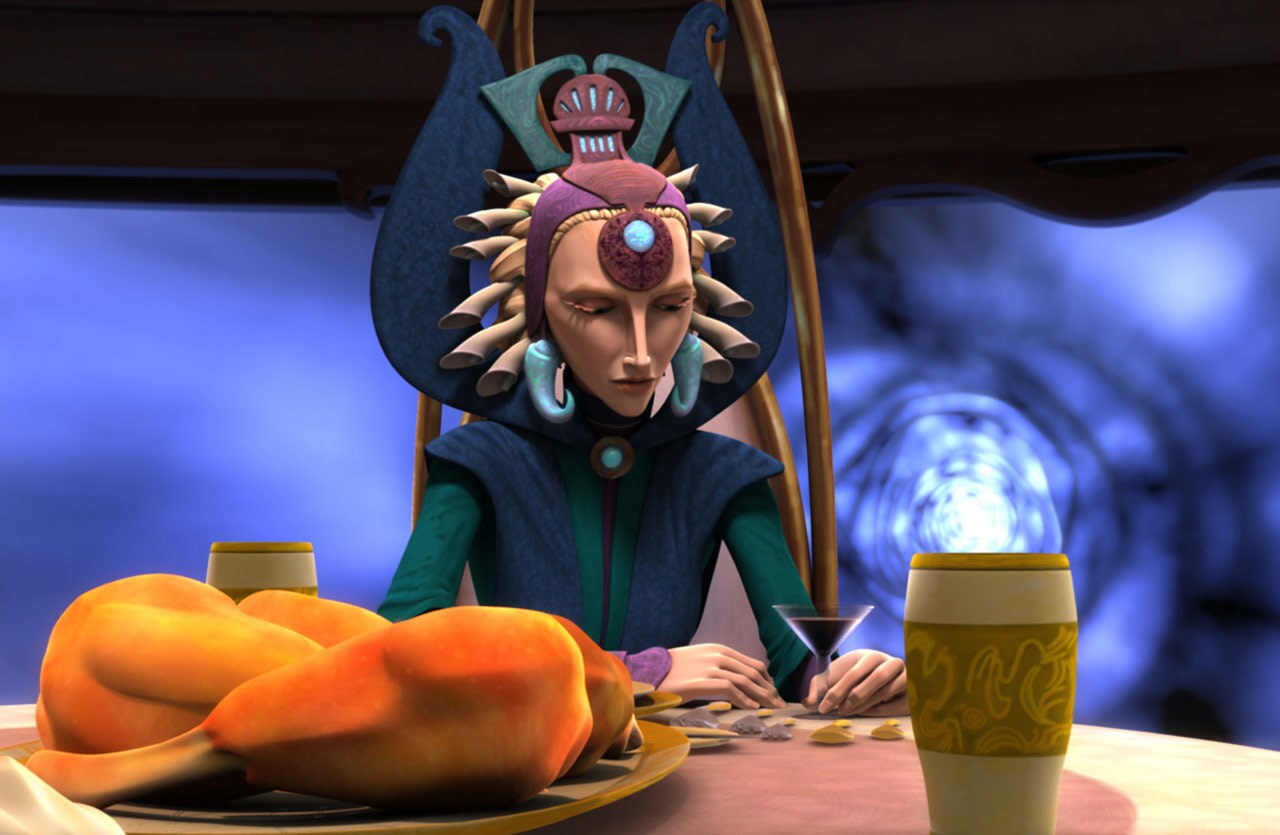 In the “Voyage of Temptation” episode from Star Wars: The Clone Wars, there’s a scene in which Duchess Satine and other high-ranking officials discuss important matters over deep-fried nuna legs. They look amazing, but it’s a weird choice for a group of dignitaries. Not that I’m complaining (far from it, actually), but they look like those giant turkey legs you can get from Disney World or a local renaissance faire. Unfortunately, the dinner is ruined by an assassination attempt on the Duchess. Don’t you just hate it when that happens? 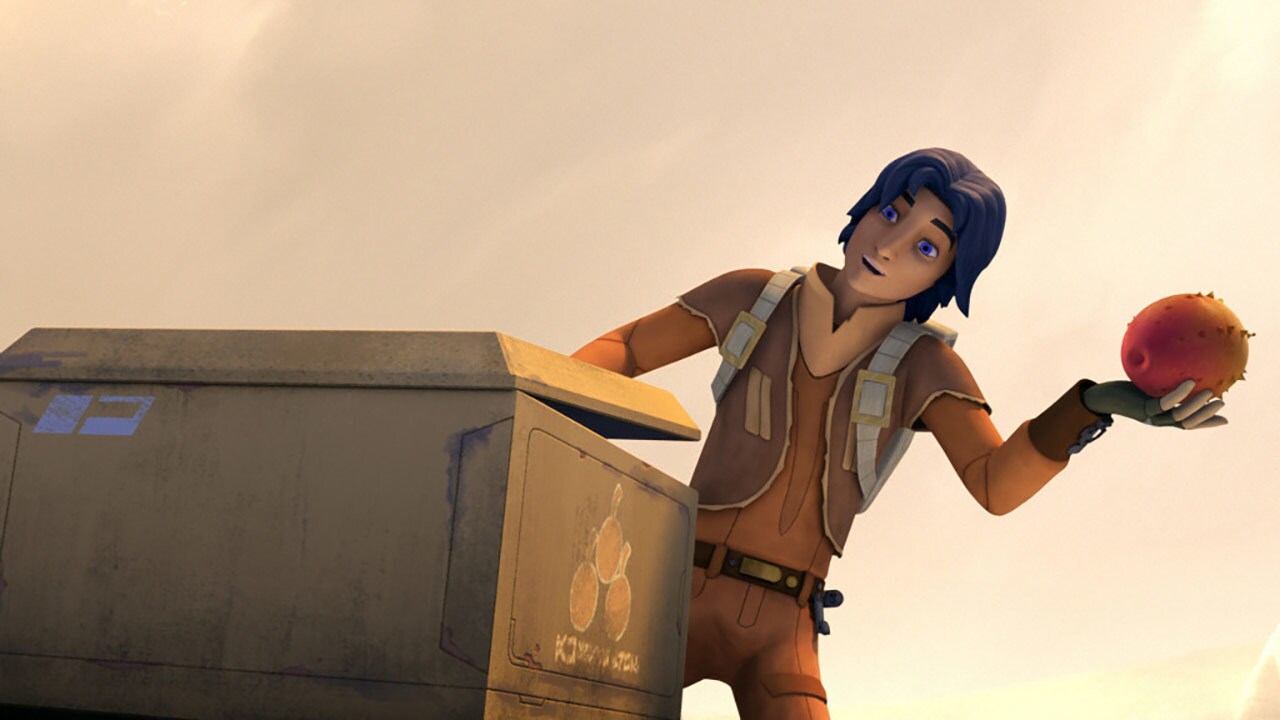 In the “Fight or Flight” episode from Star Wars Rebels, Ezra and Zeb are tasked with picking up some meiloorun fruit on Lothal. The plump orange fruit looks like it’d really hit the spot on a blazingly hot day. Plus, they make excellent projectiles. Not only that, they happen to be Hera Syndulla’s favorite snack. Hey, if its got Hera’s seal of approval, it has to be good. 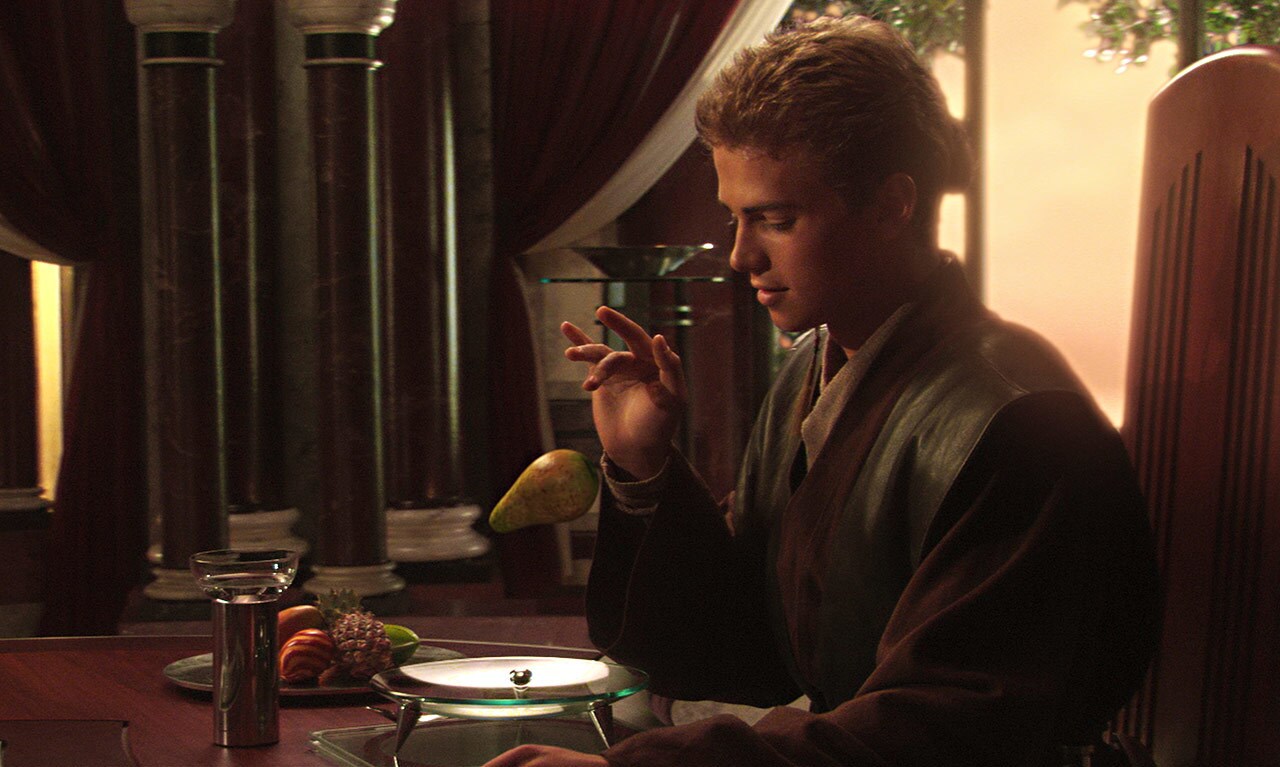 Ah, the floating pear-like fruit. How could anyone forget such a monumental moment? In Star Wars: Attack of the Clones, Anakin tries to woo Padmé by using the Force...to push a piece of fruit towards her. Is she amused? Is she uncomfortable? The world may never know. If there’s one thing I’m sure of, it’s this: that fruit looks really good.

This one is gross. Okay, it’s really gross. I’m not a huge Jabba fan, but his paddy frogs from Star Wars: Return of the Jedi deserve an honorable mention. Kept in a tiny aquarium beside his Hutt-sized throne, these frogs are alive until the moment of consumption. They’re not really appetizing to me, but, hey, at least they’re fresh.

Ashley Barry-Biancuzzo is an editor at Reviewed,  a division of USA TODAY. She also occasionally writes for Geek & Sundry and StarWars.com.